Keywords are used to represent a data type or program structure. They cannot be used as variable name, method name, class name or package name.

There are many keywords, which need to be mastered slowly through the progress of learning.

For example, we need to stay in a hotel when we travel abroad. The hotel has different rooms, and each room has a different room number

③ try to be as simple as possible, so as to see the name and know the meaning

④ there is no limit on the length of variable names

The representation range of basic data types is as follows: (transferred from muke.com) 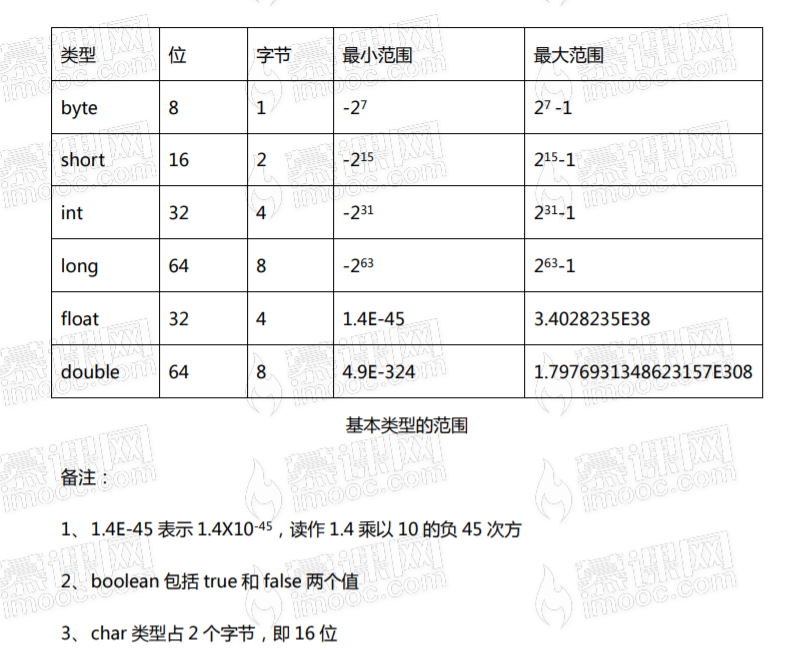 Octal: numbers starting with 0, including 0-7

Hexadecimal: numbers starting with 0x or 0x, including 0-9, and letters A-F, a-f

How to define character variables?

Why can character variables be assigned integers?

Unicode notation prefixed with \ u

Boolean types can only be defined as true and false

If the data representation range of type A is larger than that of type B, assigning the value of type A to type B requires forced type conversion.

Expressions consist of operators and operands.

What is the representation of an expression?

① 5 (a constant, whether integer or floating-point number, is an expression)

② num (a single variable is also an expression)

③ num1+num2 (common expression, which is calculated by two or more numbers)