Abstract: in this paper, an example scenario is used to describe the adapter (transformer) pattern in Gof 23 design pattern, which is implemented with Quarkus framework code, and the UML model of the implementation code is also given.
Keywords: Gof 23 design pattern adapter pattern Quarkus

1 basic knowledge
1.1 standard definition
Adapter pattern standard definition: convert the interface of a class into another interface desired by the customer. The adapter pattern allows classes that cannot work together because of interface incompatibility to work together.
1.2 analysis and description
The adapter pattern is a structural design pattern. The interface of a class is transformed into another interface expected by the client, so that the two classes that cannot work together due to interface mismatch can work together. Adapter mode is also called transformer mode and Wrapper mode.
When a class needs a method of another class, but the two classes are not compatible. In terms of implementation principle, there are two methods to achieve this goal: one is inheritance and the other is object combination. In the first method, a new class is derived from a non consistent class, and a new method is added to match the derived class with the required interface; The second method includes the original class in the new class and creates methods to explain the calls in the new class. These two methods are commonly known as class adapter and object adapter. The adapter can be a class adapter or an object adapter.
The Adapter pattern structure is shown in Figure 1, including the Target role, the source role, and the Adapter role. 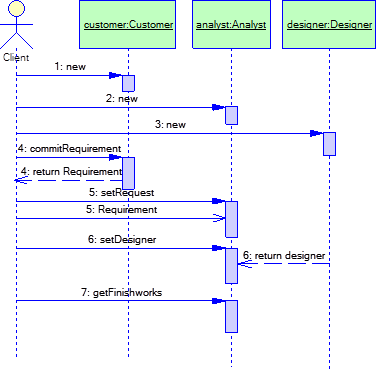 The program code of the Analyst class file is shown in listing 02.
Program code list 02

The program code of the Designer class file is shown in listing 03.
Program code list 03

The code listing 04 of the adapter mode test program is as follows:
Program code list 04

The output results of adapter mode test class are as follows:

4. Download relevant Quarkus program source code
You can get the code directly from github, and readers can clone the pre prepared sample code from github.

This is a maven project, and then Maven imports the project. The program is located in the "src\main\java\com\iiit\quarkus\sample\gof23\structuralpattern\adapter" directory.
At the same time, you can also use the sample code prepared in advance from clone on gitee. The command is as follows: