Let's first review the constructors we learned before

Since the constructor does not return a value and cannot judge the execution result, there is no guarantee that the initialization object will succeed

If the new allocation fails when the object is created, a bug will appear. If the code is large, it is difficult to find this problem. This kind of object is called a semi-finished object

How to avoid the birth of semi-finished objects?

We will use the second order structure of this chapter

The construction process is divided into two steps

It refers to operations that are not likely to have exceptions, such as initializing common variables such as int and flaot

It refers to operations that may have abnormal conditions, such as memory application, file access, etc 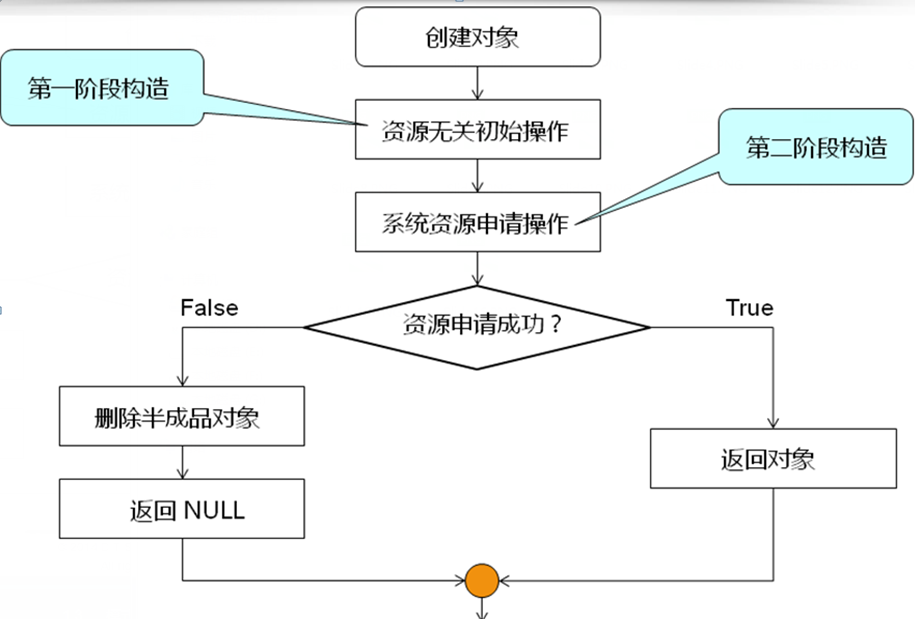 The steps are as follows:

1. Create a private constructor. Since the constructor does not return a value, it is used for the first stage construction

3. finally, create a static member function, create an object through new, then call the 1 and 2 step functions, and finally do the judgement processing.

Refer to the following example:

Due to the encapsulation of C + + classes, private members of the classes cannot be accessed externally, so friends are born

-The advantage of friend is that it is convenient and quick

Friend definition is defined by using the friend keyword in the class, such as:

Access the member variable through the friend (function) of the Test class. The code is as follows:

The member variable is accessed by a friend of class A (class B), and the code is as follows: