Pycrypto, pycrytodome, and crypto are one thing. Crypto's name on python is pycrypto. It is a third-party library, but updates have been stopped, so installing this library is not recommended.

Installation of Python version 3.6 or above under windows is cumbersome (I am Python 3.7, the attempt to install was unsuccessful, if you need to try to install it, you can refer to click here). If installation is unsuccessful, you can install pycryptodome, which is an extension of pycrypto and is the same usage as pycrypto;

After installation, change the folder crypto to Crypto under the various reference packages storage paths of Python.

An encrypted secret key consists of a public key and a private key pair.

The public key is public, while the private key is reserved by the user.

Because the public key is public, anyone who gets the public key can use it to encrypt and send forged content. For security reasons, we can use RSA to sign messages before sending them.

Signatures use private keys to sign and public keys to verify signatures. By signing, we can ensure the uniqueness of user identity and thus improve security. 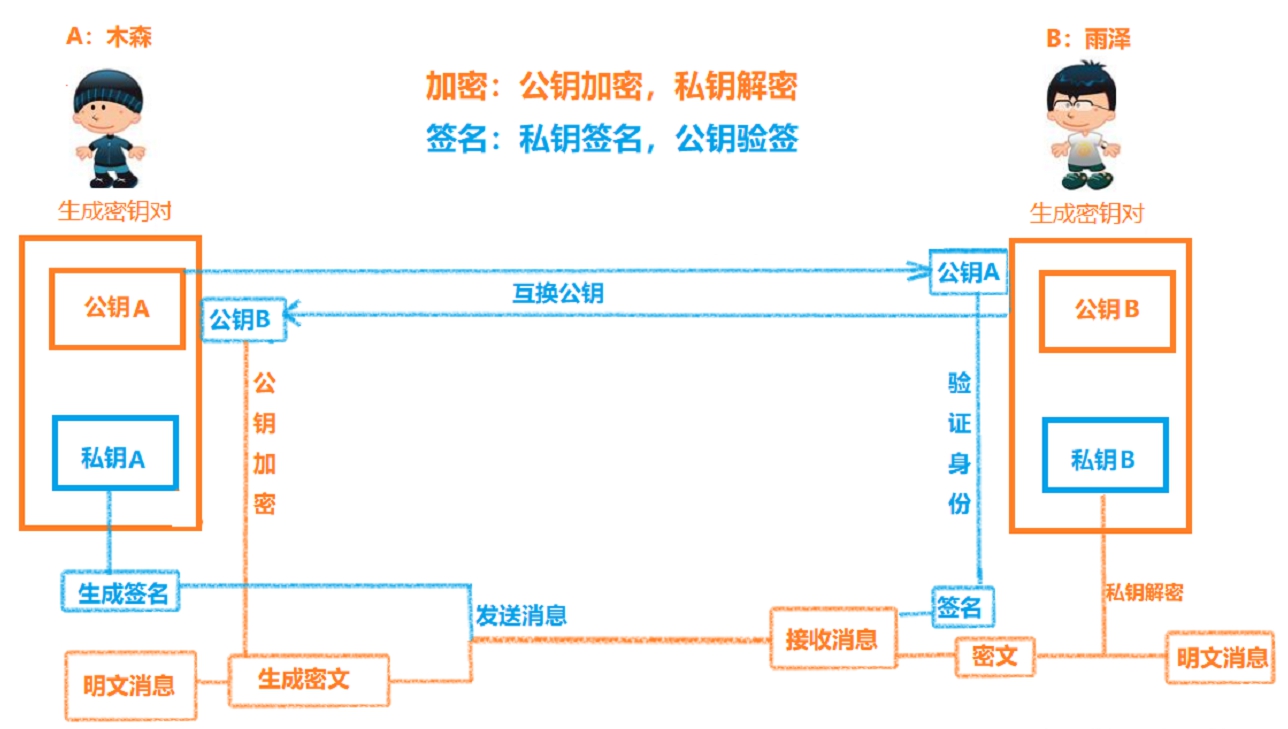