The code function written in the previous several articles is more from the technical level, to get through the business logic needed by the website, but not how to consider the appearance style and code structure of the web page. At the same time, I think it's difficult to add more functions and styles on this basis because the code structure is too messy.

So I started from scratch, wrote the entire express framework, and wrote a high-definition remake with angular. In terms of style, bootstrap is not used. On the one hand, it feels that bootstrap still needs some css foundation. On the other hand, it is very convenient to use flex handwriting layout, which can basically meet all the needs, and is more flexible. You can know the impact of each attribute on html elements. 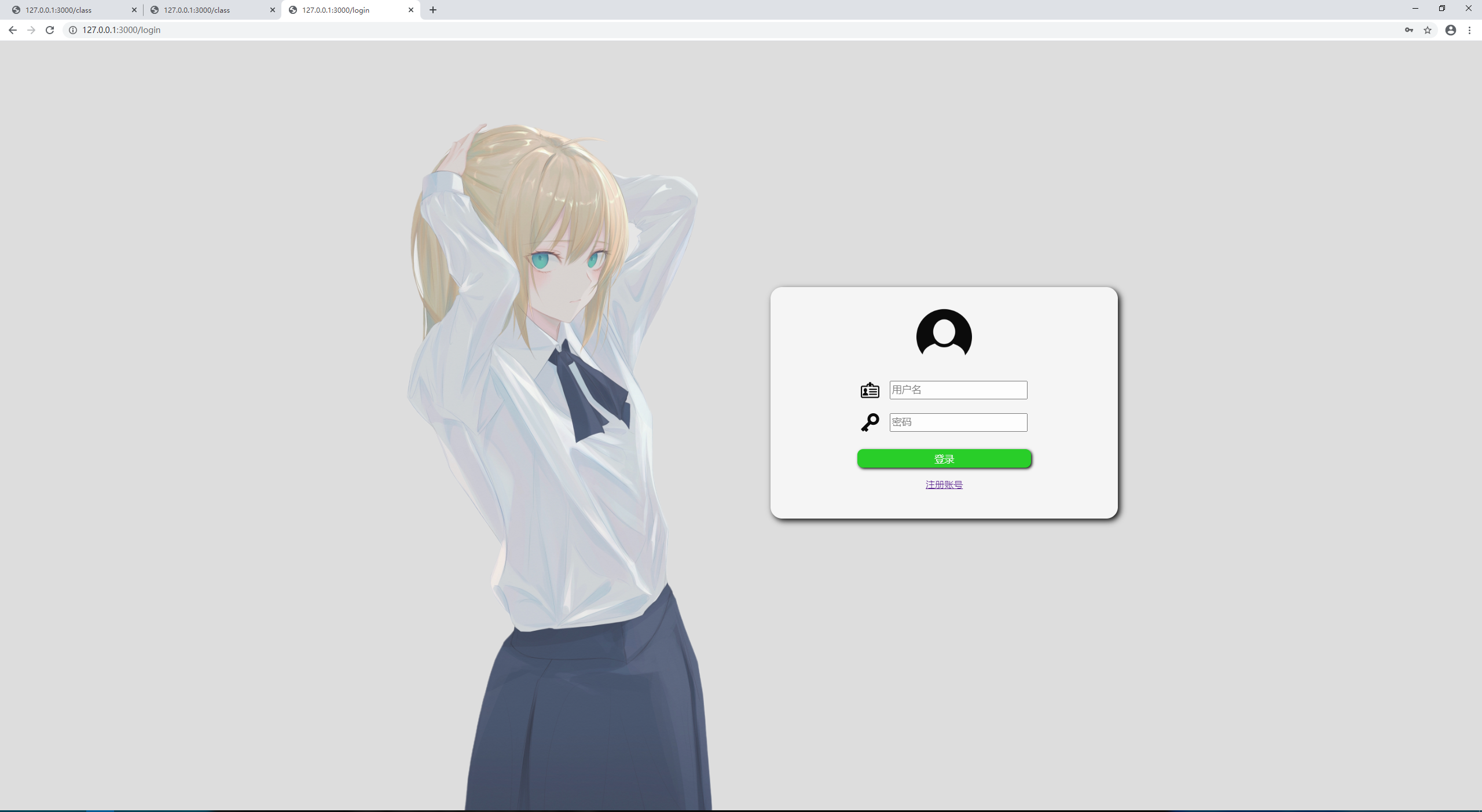 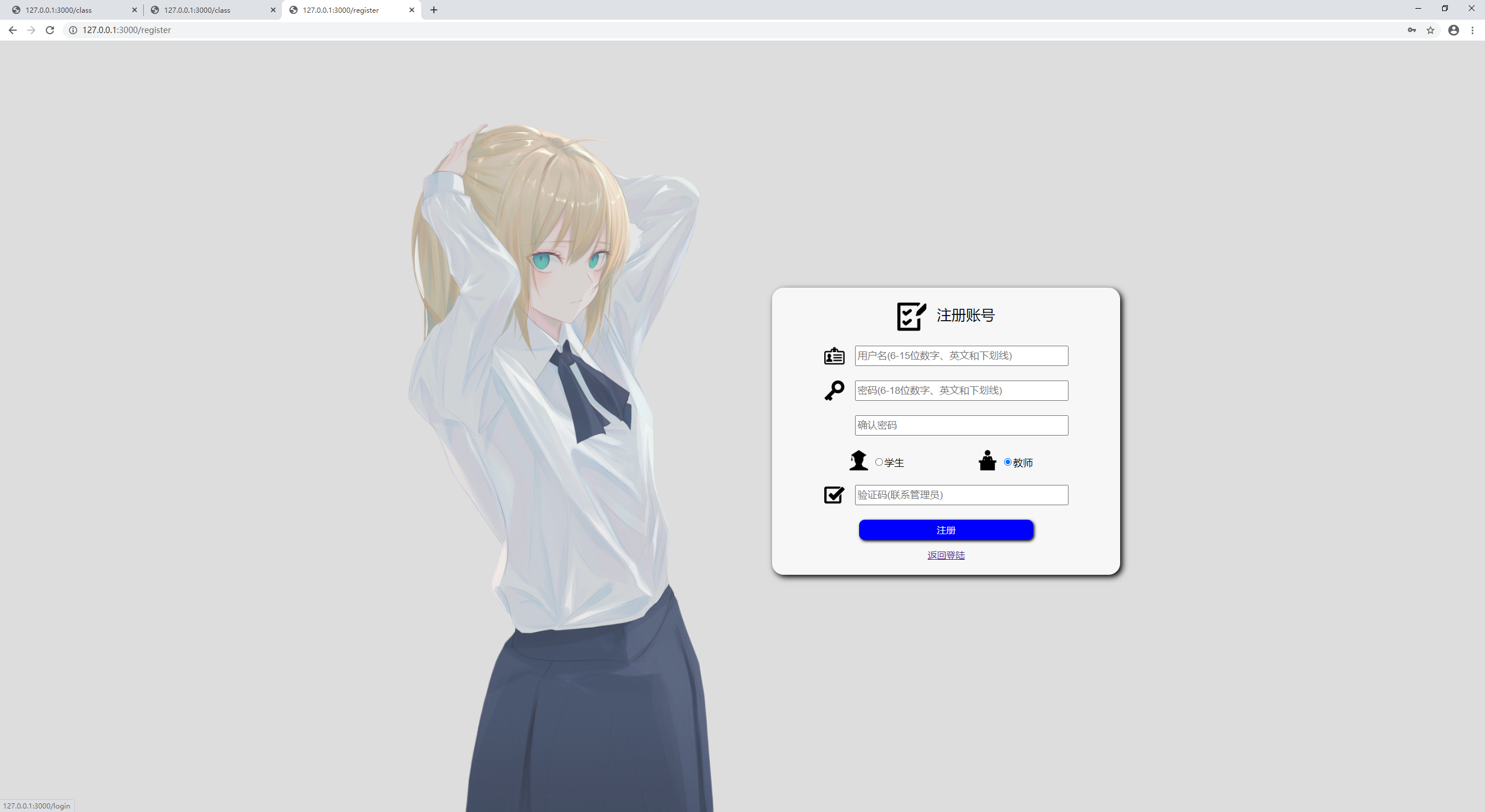 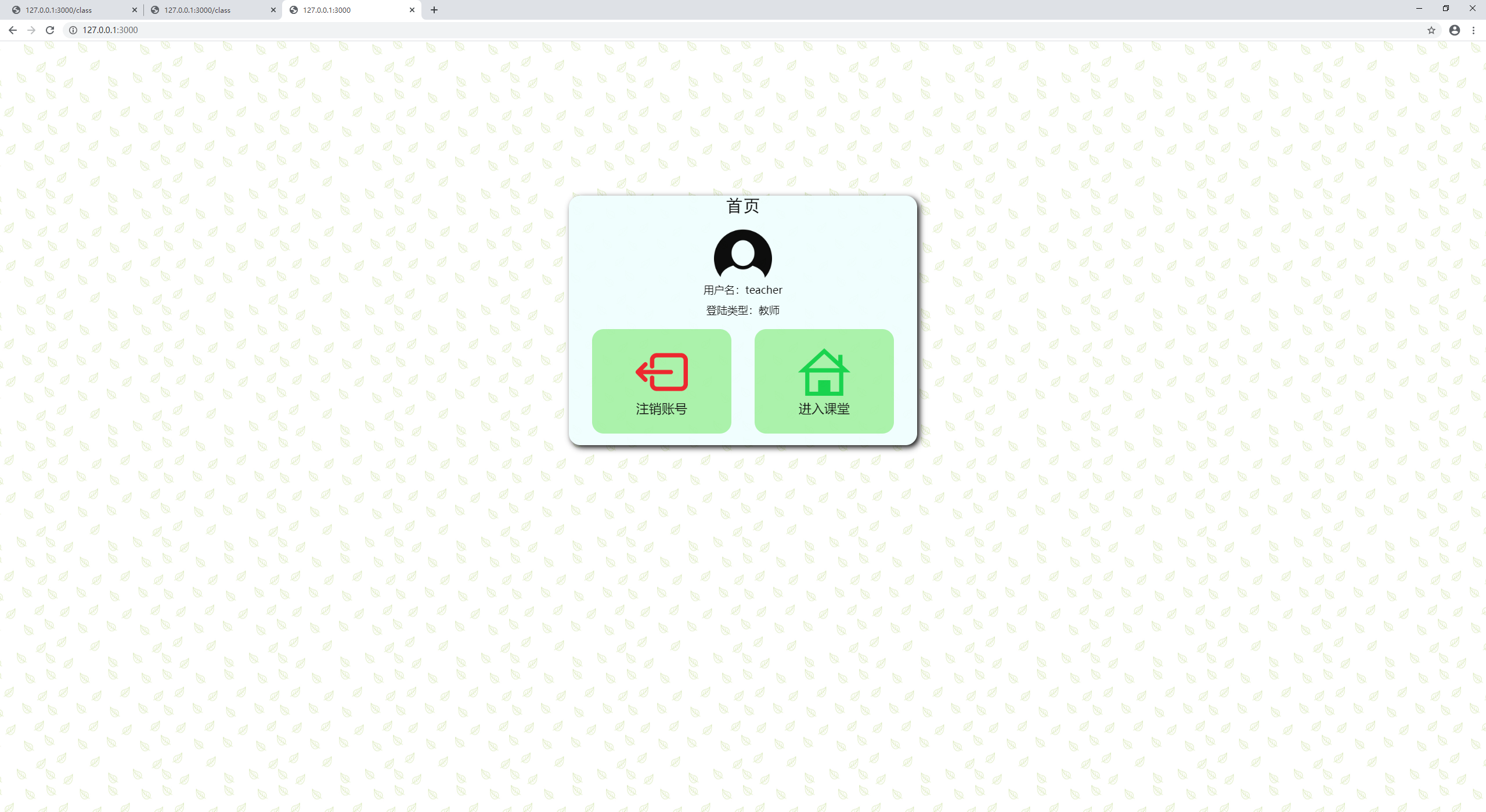 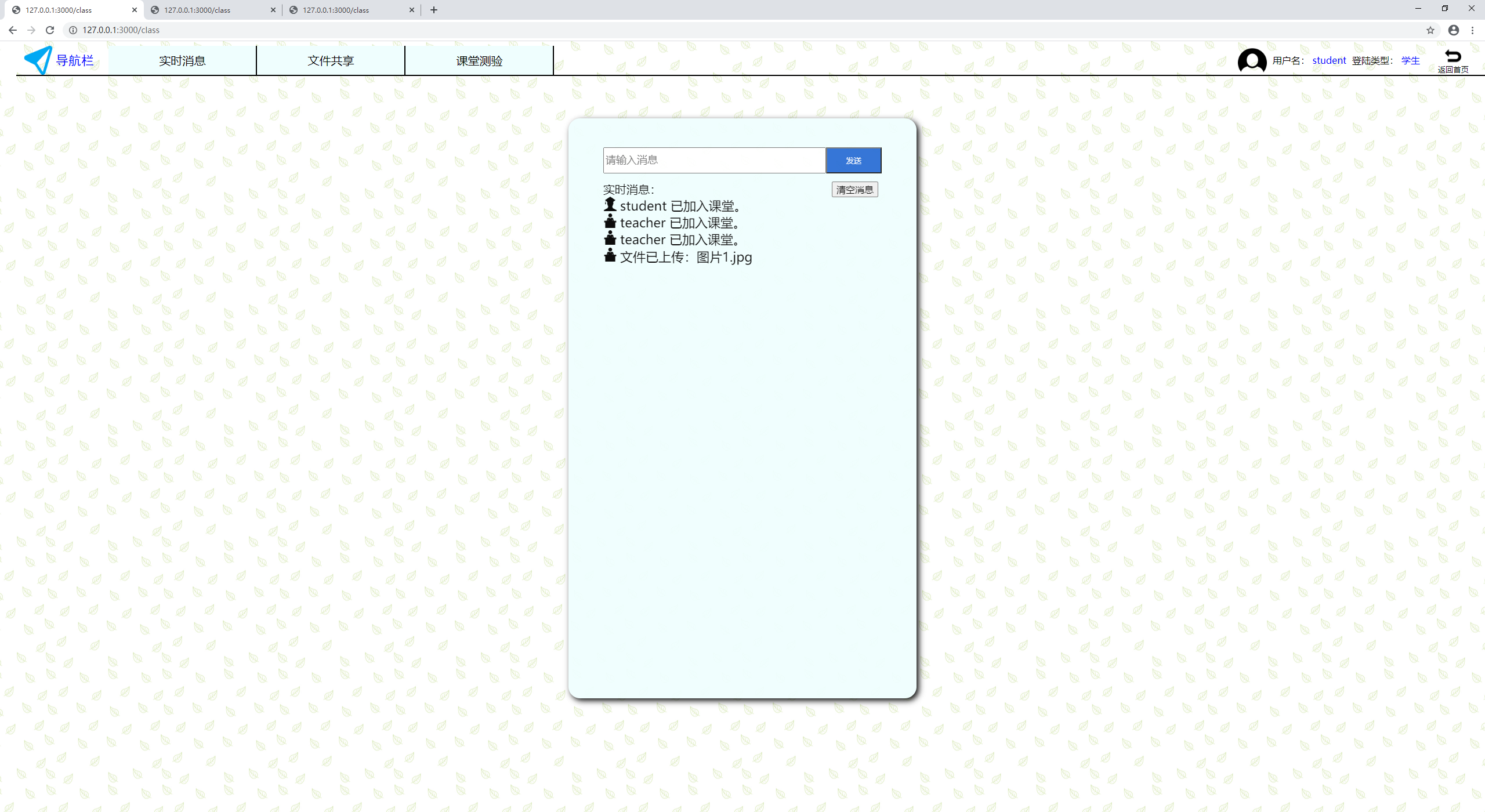 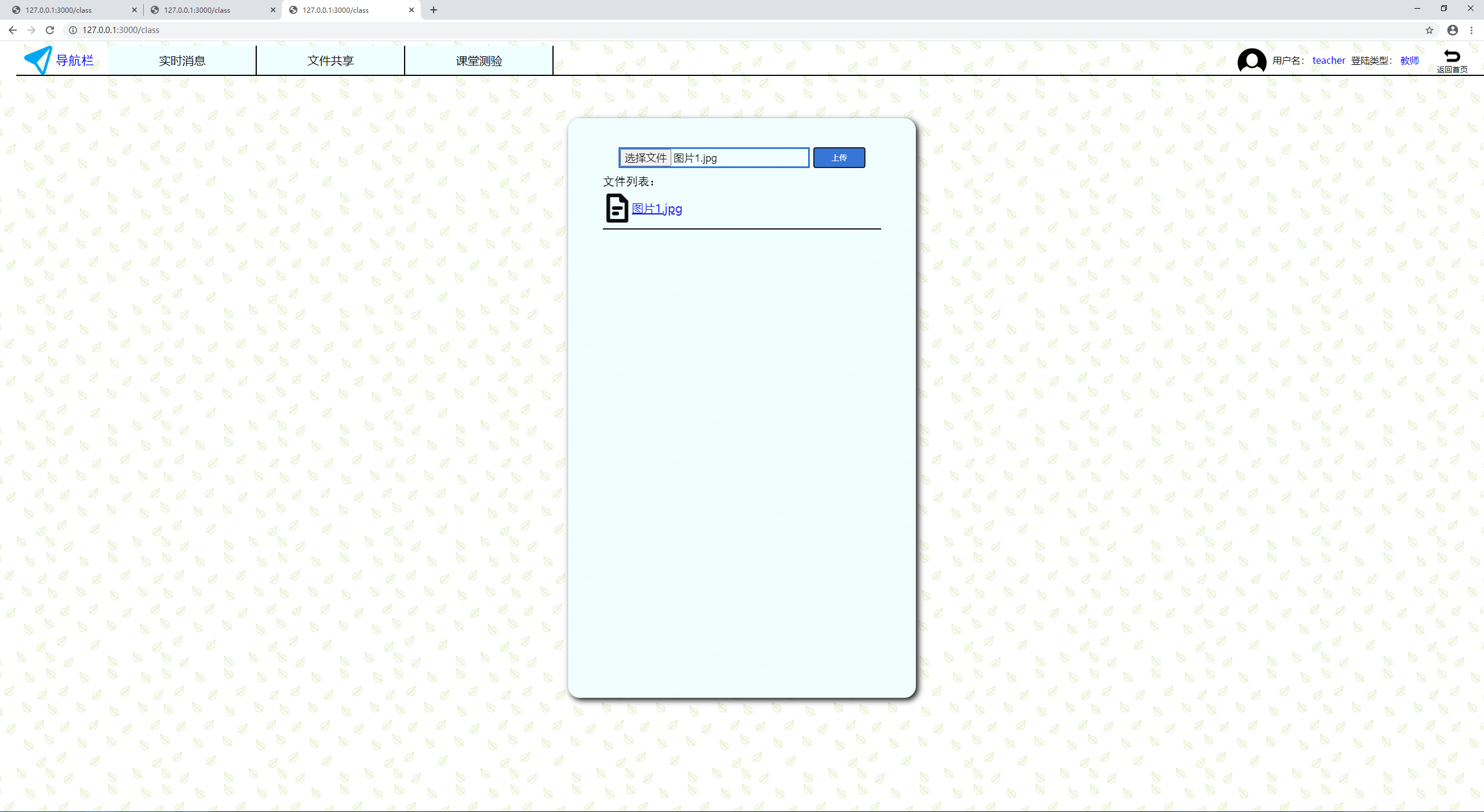 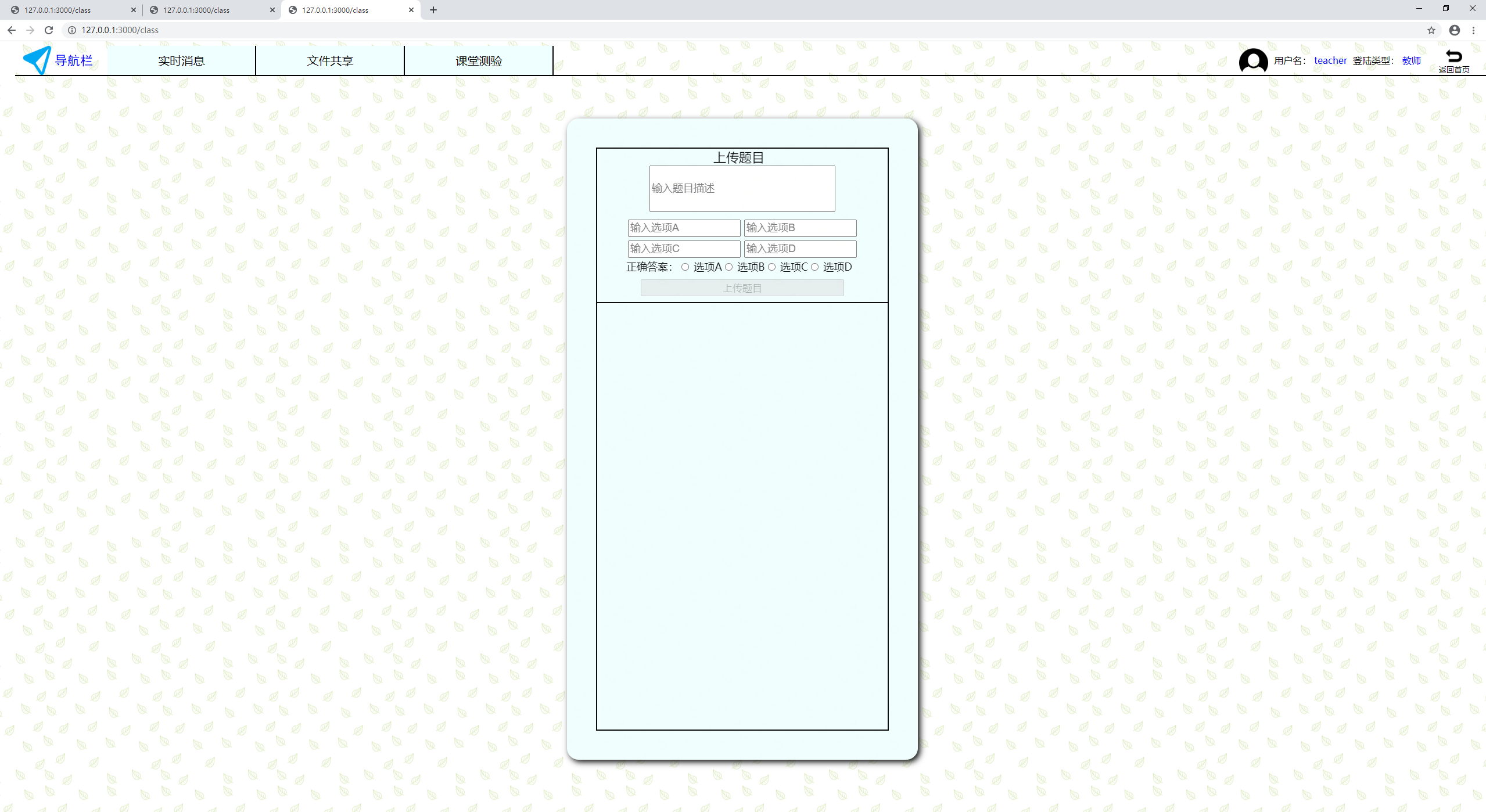 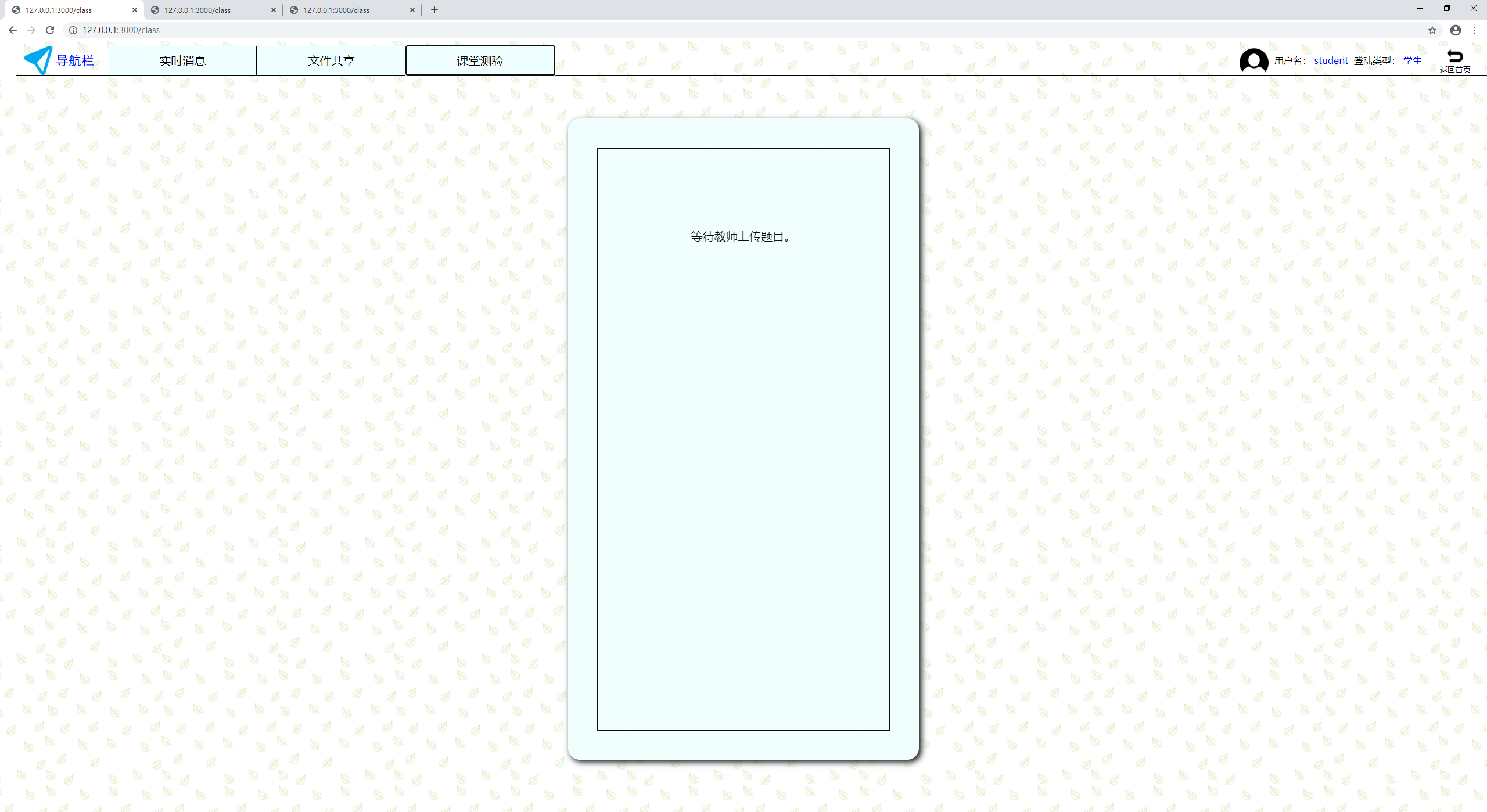 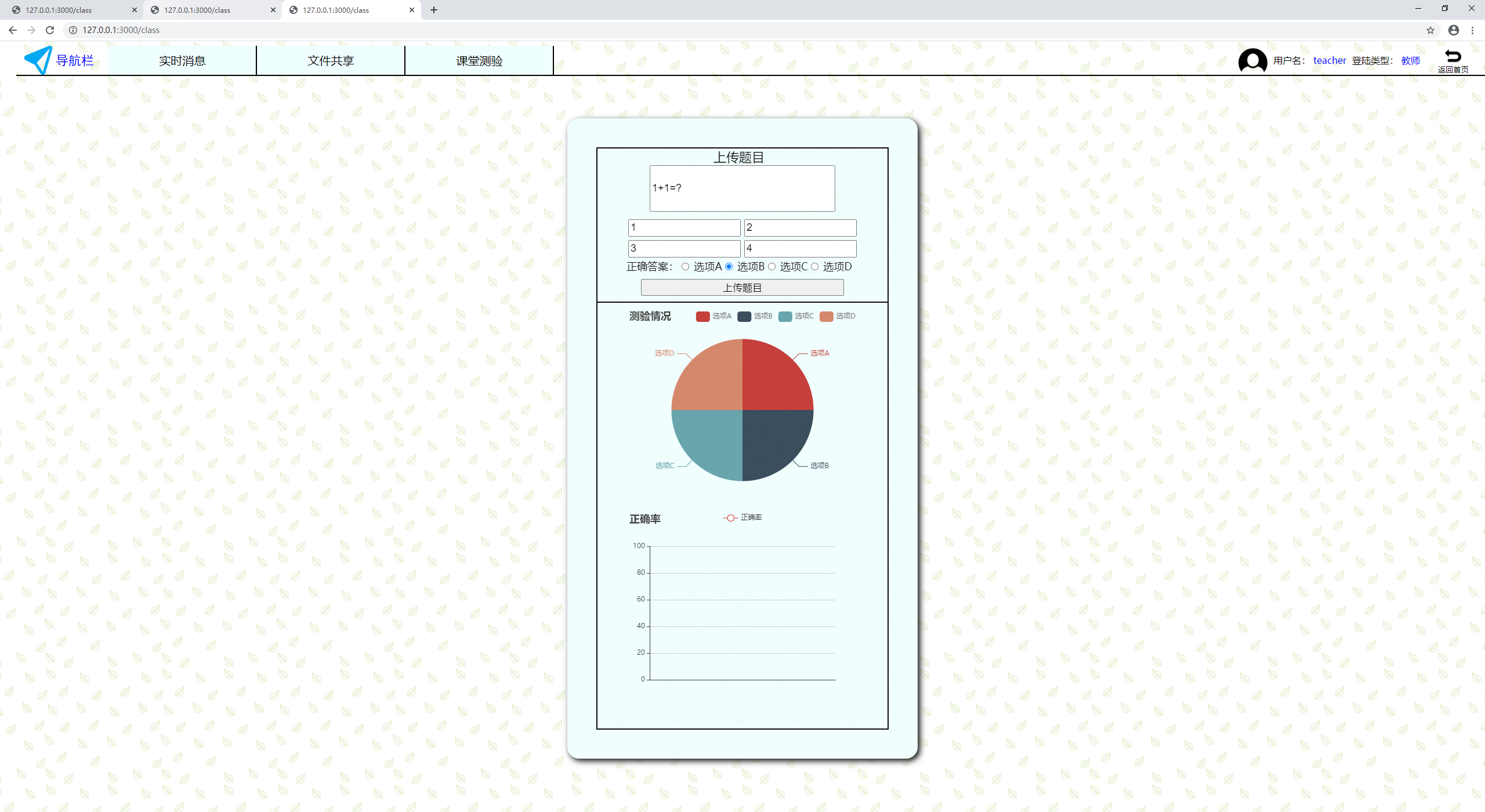 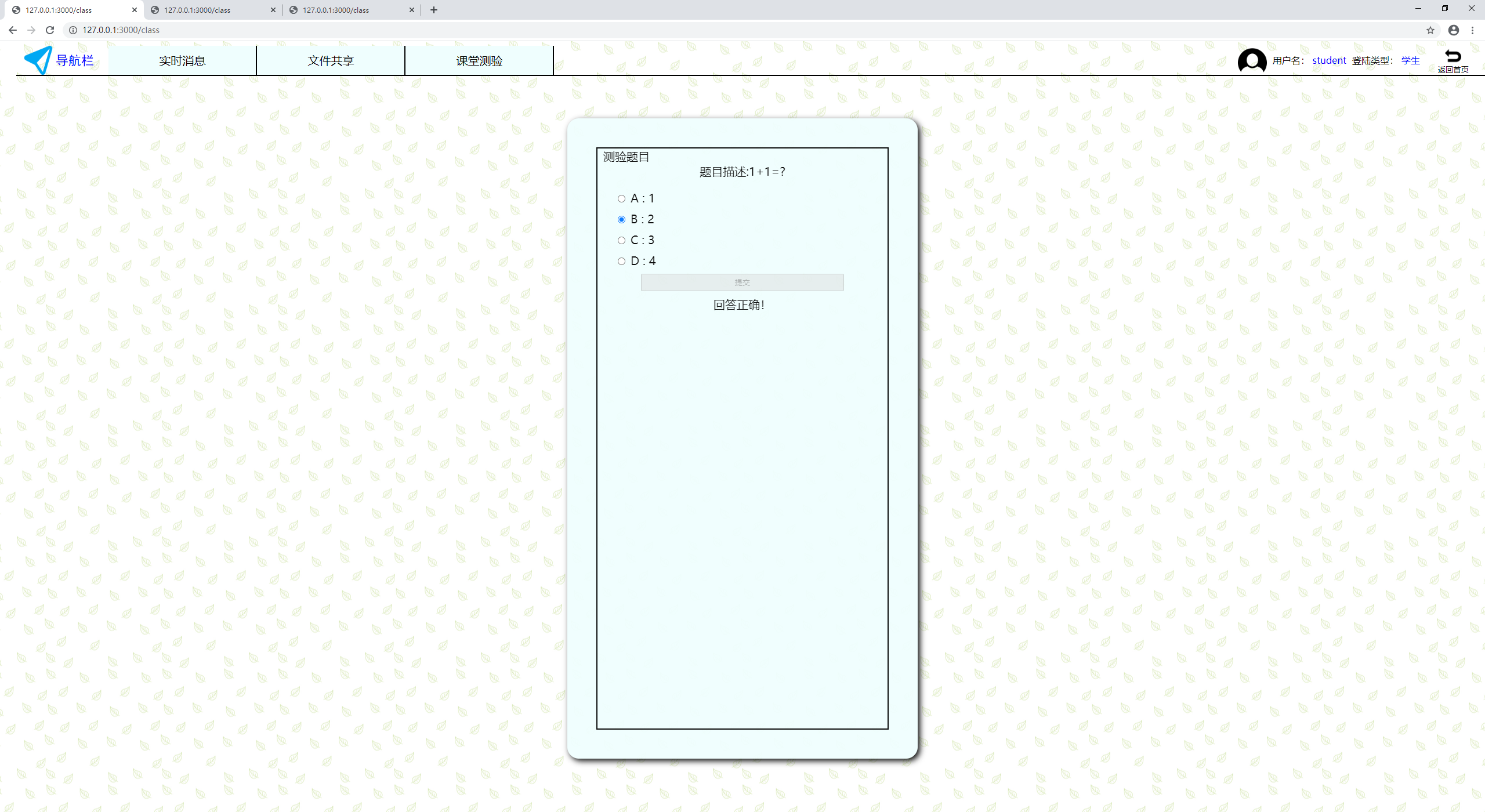 Most of the technical logic has been reflected in the first two blogs. If you need some styles, you can also directly read the code, which will not be covered here.

Say some of the more experienced points and pits in the process of remaking.

1. Re understanding of Express

There is a sentence in the express document

The so-called middleware refers to the use of app.use Some of the parts called are built-in to express, and some are customized. In my opinion, middleware can only be understood as a way to process http requests. As long as the address of this http request is satisfied app.use The first parameter of the (default is' / '), the middleware of the second parameter will be called.

From the router used frequently before:

This code is easy to understand. As long as the get request is received under this route, the response of 'hello ~' will be returned to the page. It can be said that function(req,res,next) is a middleware and a component "called" after receiving a request.

So it can be understood with this idea app.use , the difference is app.use It is not limited to get requests but can accept any type of http request. At the same time, express.Router() itself can be in the main program app.js Used as a middleware:( express.Router() is a built-in routing middleware, which essentially helps us separate code according to different paths.)

Some middleware is just to introduce a certain function. In the words of the document, this middleware is not a function call, but a "enable" meaning, such as enabling the back-end to parse req.body :

Some third-party middleware can have various other functions, such as:

Others are responsible for responding to http requests. Usually we define some middleware. In order to keep the code clean and clear, we usually put these Middleware in the router and then use the routing middleware express.Router() execution.

It is worth mentioning that the http request includes not only the direct access to the URL, but also the indirect access to the src attribute in the html element. A get request for the home page may contain many requests, including css style, script code, various image resources, etc. introduced by html. For example, I visited the home page once, and nine get requests actually occurred:

For every get request, whether directly or indirectly, it will go through the middleware. In order to find these static resources, you need to use express.static() this middleware sets the path of static resources (which can be understood as redirection).

2. The problem of angular scope and automatic synchronization

This is the navigation bar of my classroom page

Using angular, I thought of a more elegant writing method when writing the classroom page, which can realize the page switching and ensure that the data of each page can be updated in real time.

That is to say, three pages are introduced through ng include and placed in the class page at the same time. Use ng show to control page visibility and ensure that only one page is displayed at the same time, and the other two pages are hidden. In this way, even if I currently display the "classroom test" page, the "real-time message" page still exists, and the content can still change normally. When users switch over, they can see the real-time messages in this period.

However, there is a problem. In ng include, variables bound through ng model cannot be captured normally in class.

for instance chat.html An input element of

Usually$ scope.chatMessage You can get the contents of this input box, but not now. Later, I checked that the reason why I couldn't catch it was because there was a ng include outside. In angular, ng include (including ng repeat, ng switch, ng view, ng controller) actually creates a new scope, which is out of the scope of $scope in class. The solution is to add $parent before chatmessage, because this new scope inherits from the parent scope. You can use $parent to call the parent scope ($parent is a reference from the child scope to the parent scope), that is, bind the input content to the class scope.

At the same time, there is also a small problem. The angular ng model binding can be automatically synchronized, that is, after changing the variable value, the content displayed in the page will change synchronously. However, this feature is sometimes lost after a layer of NG include is applied.. Preliminary speculation is also due to the change of scope. The solution is also very simple. Every time you change the value of a variable, you can use the scope.scope.scope.apply() manually propagates the model change (i.e. update the page).

After these two problems are solved, a concept called "angular scope" is naturally introduced. Although there is no other understanding for the time being, most problems can be solved by tracking parent-child relationship with $parent.

3. A way to write html page

In fact, I think it's more tired to write html than js.. But I have to write.. I think a good html code should try to do the following:

For example, if I want to design the following interface: 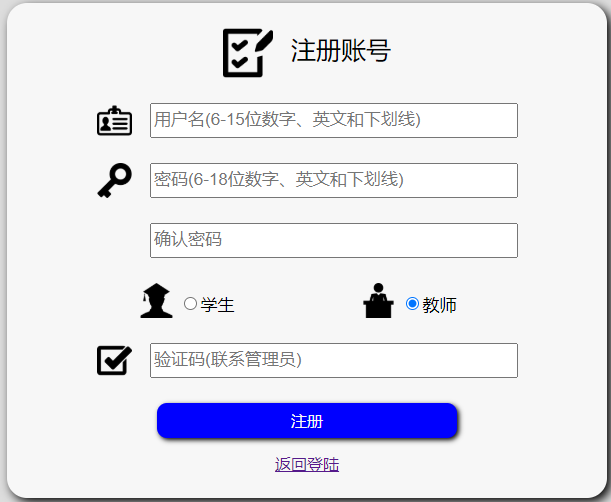 First of all, roughly layer the rows to find the rows with the same style 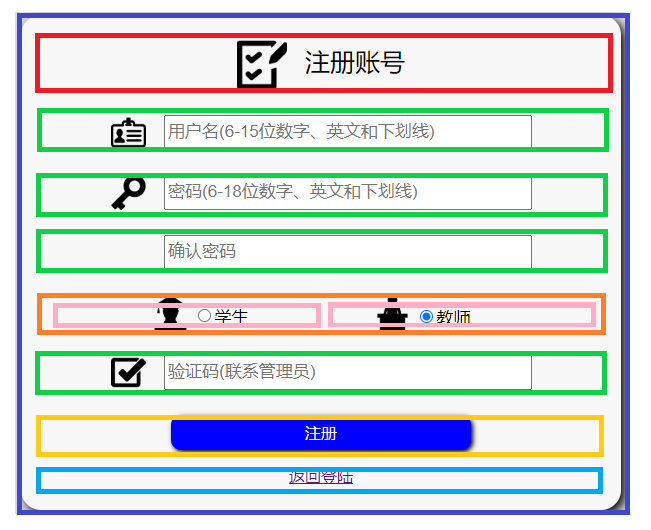 In this way, it is easier to solve the problem of style after the overall framework is determined first, and even if a certain part is written in a wrong way, it is only in the scope of <div>, and will not damage the overall thinking.

Steps to realize this function:

The data exchange in the middle of each step (the middle bridge between the student side and the teacher side) is completed by the websocket server.

Next, I will sort out the logic and code according to the time sequence of a complete online test.

$ scope.isTeacher Initialization is completed when the classroom page is loaded, and the user identity is determined by reading the cookie 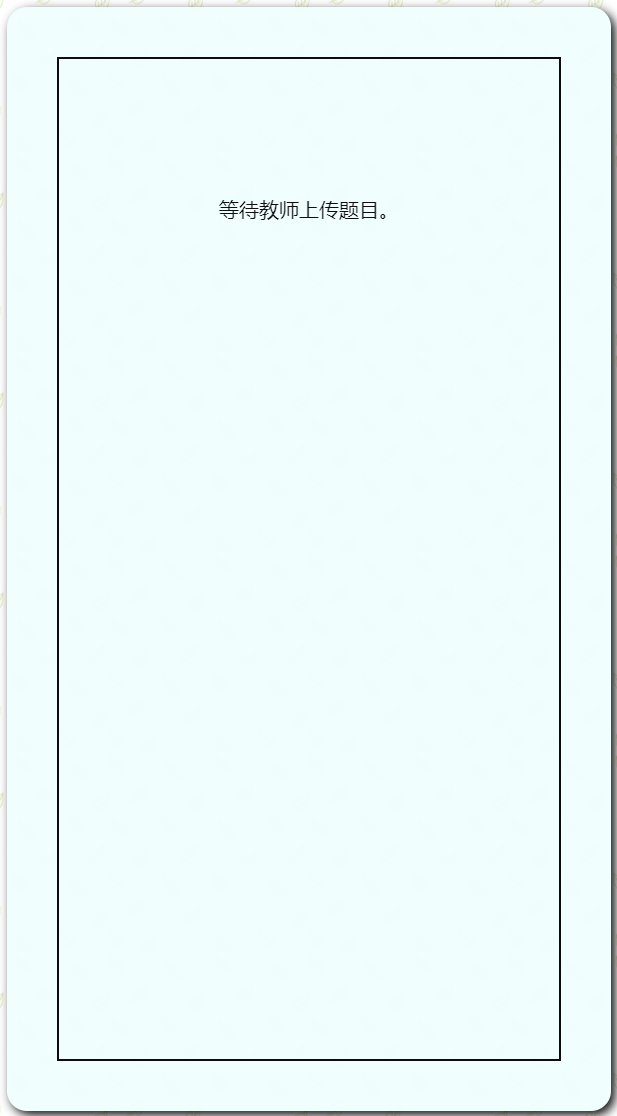 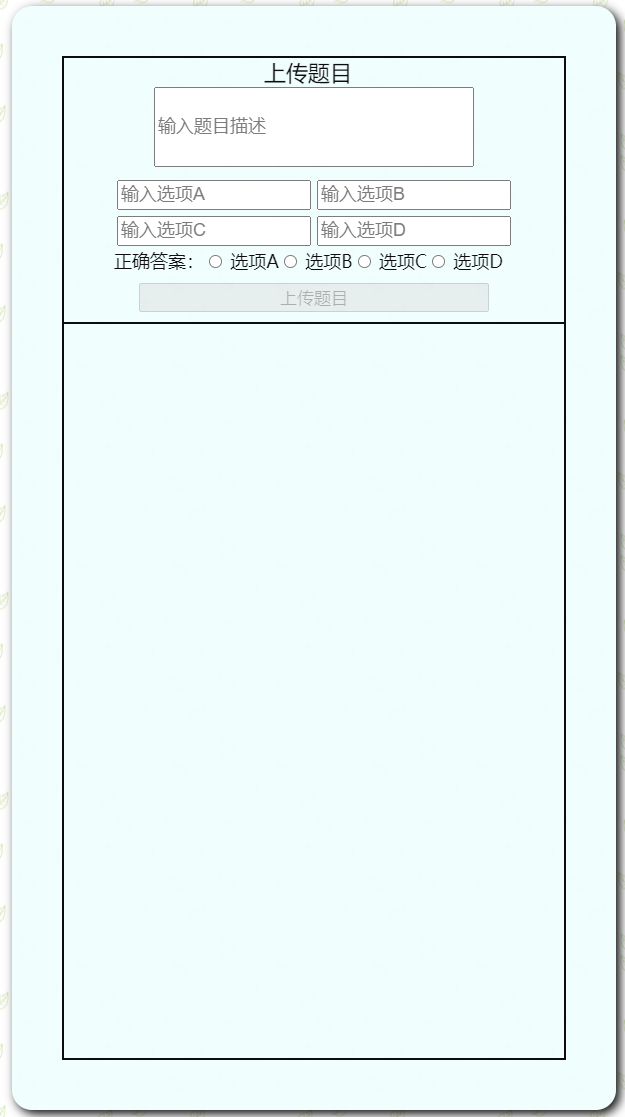 2. The teacher page binds the topic description, options and correct items with ng model model as the submitted content

The front-end code of the student page also binds the options with ng model. 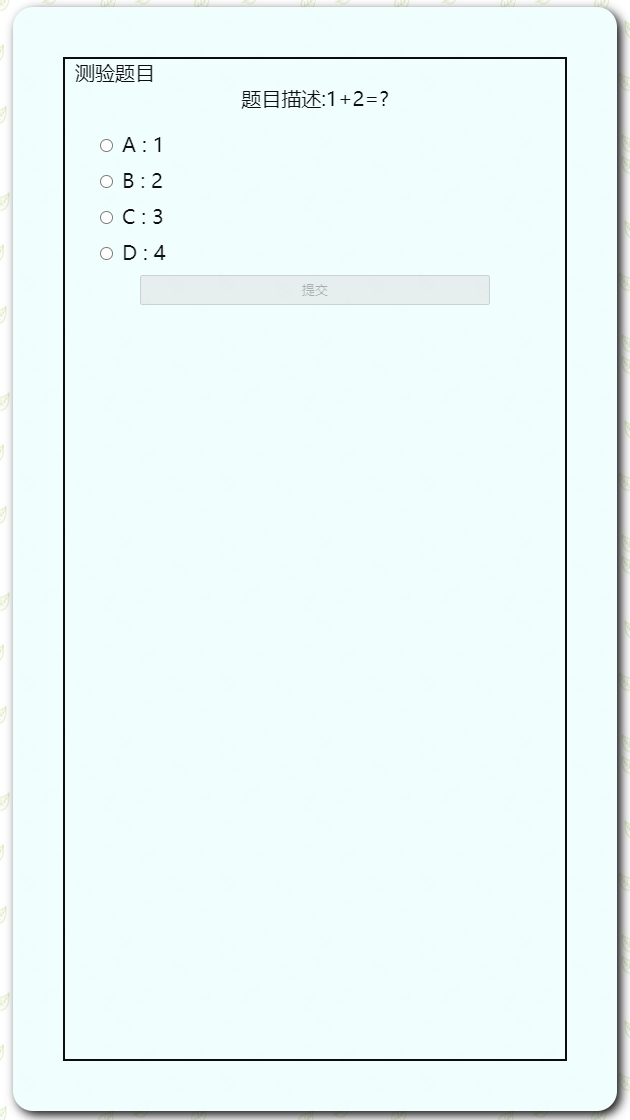 6. Students answer (click the submit button), send the selected option to WS, and compare the option with the correct item to prompt whether the answer is correct or not. At the same time, the submit button is set to unavailable through ng disabled to avoid repeated submission.

The effect is as shown in the figure 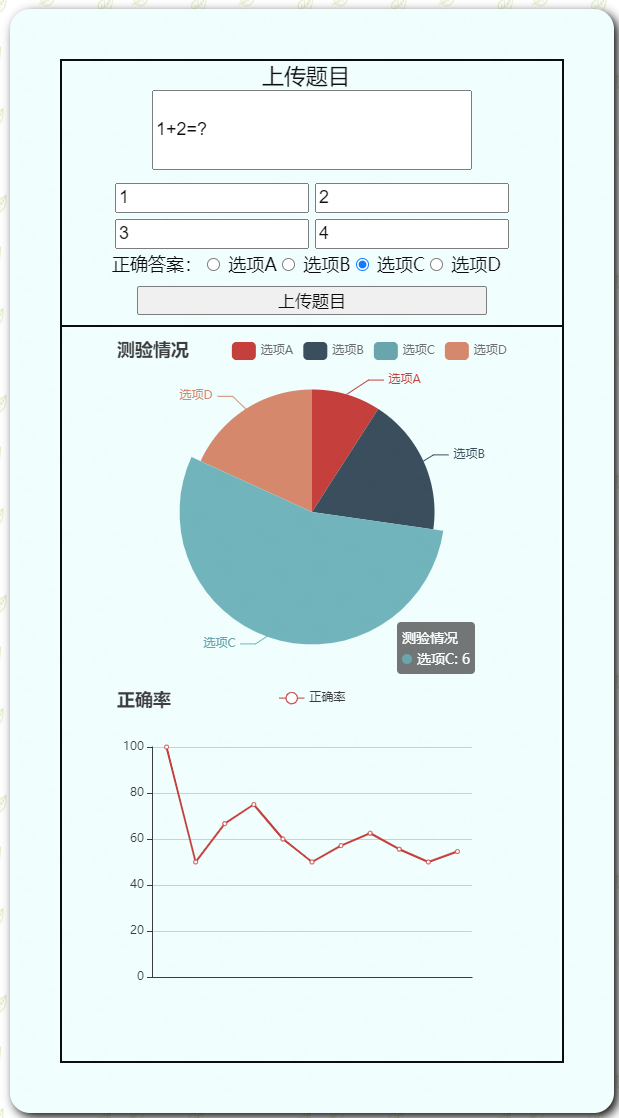 This completes a complete online test. Although there are many steps after listing like this, it's not so complicated to write, because the logical relationship between each step is actually easy to understand. Instead, some details (such as setting the submit button can't be used to avoid repeated submission) need to be improved. There is also a defect in the current writing method that all interactions are completed by websocket. No http request means that all data is online, and the questions and answers are not saved. Once the page is refreshed or you exit and re-enter, all data will be lost, and you need to upload the questions again.

In fact, in the first article, we talked about using raspberry pie as a server and the content of wifi hot access website. By default, the wifi hotspot function has been enabled and the connected devices can be assigned ip addresses (see the first chapter for details). Just send the entire express folder to raspberry pie, install nodejs, mysql and some dependencies, and run it directly.

The file sending function of VNC is directly used here. It's convenient to send folders directly. Of course, you can also send compressed packets, but it seems a little troublesome to decompress rar in raspberry pie system 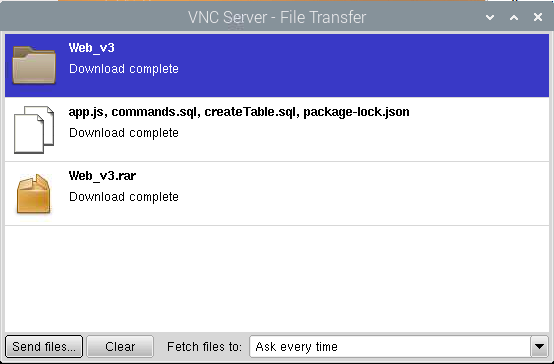 After cd to the folder directory, the node app runs, and then the computer connects to raspberry pie wifi. It is found that the device connected to wifi can connect to the home page normally through ip address 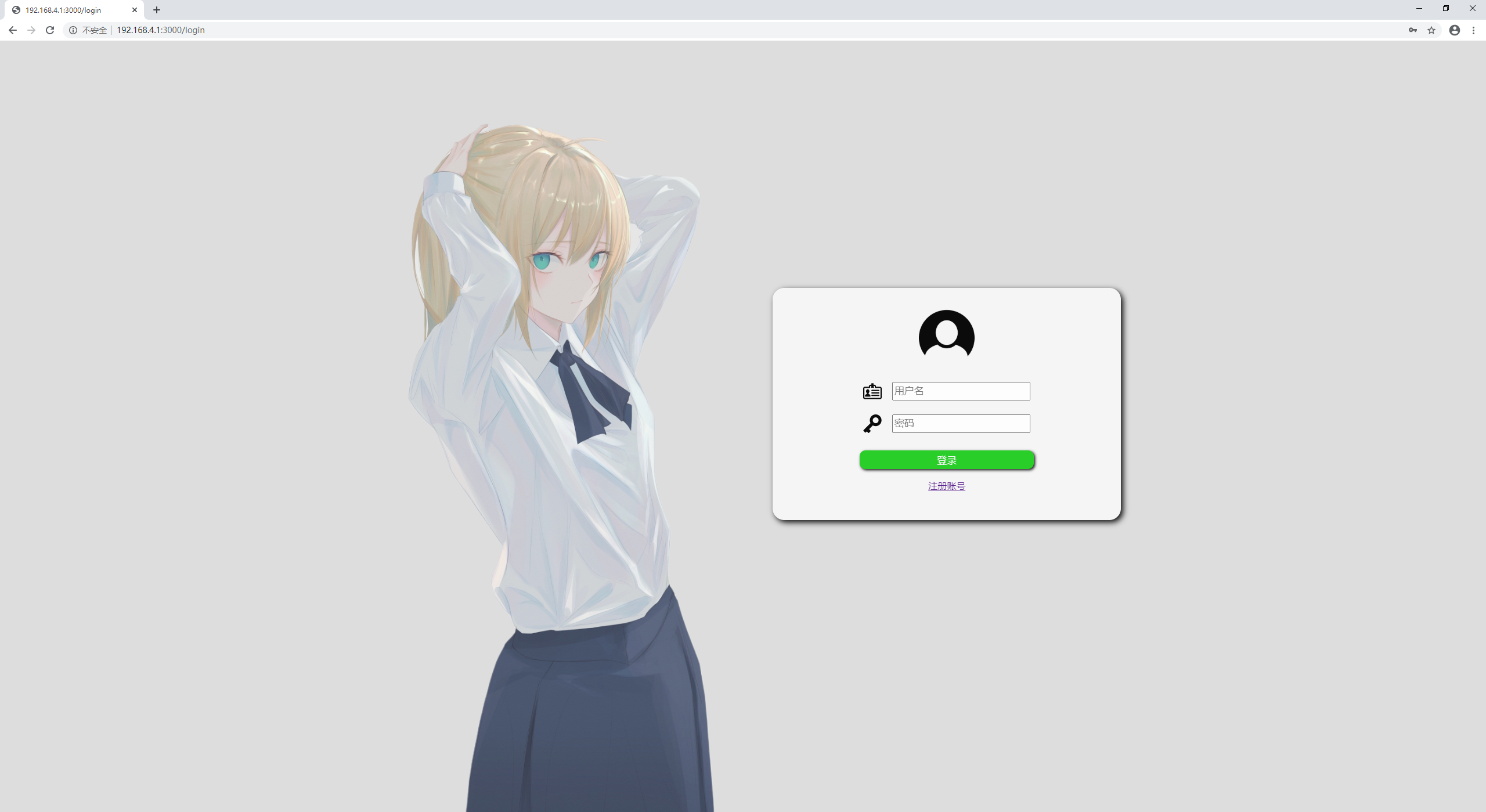 But of course, because the database is not installed, the website will crash if you try to log in.

It seems that there are many ways. I installed MariaDB instead of MySQL. The two databases are compatible in most aspects, and there seems to be no difference from the perspective of use alone. The main reason is that MariaDB is easy to install.

The installation method is through apt get command (if not, apt install update may be required first)

It's no problem to test the registration and login system. In this way, the database is built (at least it can be used).

The mobile phone can also log in through the hotspot. Although it has not been set specially, the compatibility of the mobile terminal is also pretty good.

It seems that by adding some meta tags, the web page can adapt to the scale and size of the mobile terminal. for instance

But the effect seems to be the same.

After half a day's work, I found that only five basic requirements of the project have been completed, and there are four extension requirements that I haven't yet met. Among them, canvas drawing should be relatively simple, video streaming and face recognition should need more additional knowledge to achieve.

In terms of the content of these basic requirements, from the front-end interface to the back-end code structure to technical understanding, I feel that the completion degree is still relatively high (after all, most of the content has been written twice). Later extensions may focus on learning the knowledge needed in terms of technology, and some front-end interfaces may be put to the end, if there is still time to do so. That is to say, we don't want to pursue the completion of the whole