Talk about the use and attention of common string functions in C language (strlen,strcpy,strcmp,strcat)

Even many object-oriented languages, such as Java and C + +, have their own string classes to maintain all aspects of strings;

How does C language represent strings

First, we should clarify two concepts, character and string:
A string is a string composed of a bunch of characters and ending with \ 0;
A character is simply a single character.

Recommend a website for C/C + + library functions. You can find any functions that can't be found here:
http://www.cplusplus.com

Let's see how the prototype of the library function defines it

The above figure also has some English, which is probably to explain what to pay attention to and how to use this function.
Let's look at the function prototype

Do some examples to show how to use the strlen function

Notes: Notes on the use of strlen

First: when strlen calculates the string length, it calculates the length of the character combination parameter string before \ 0, excluding \ 0, which is a flag representing the end of the string.

Second: the return type of the string is size_t, when using string subtraction, the result is negative, but due to size_t is an unsigned type, and you end up with a positive number.

String copy function -- use and attention of strcpy

String copy function. Similarly, look at the library function and its prototype

In fact, there is an implied meaning here. Destination no matter what the string in you is, when I copy the string source, the strcpy function returns the source string, and the string space implied destination should be large enough, at least as large as source.

After debugging, that is, the changes after the strcpy function is executed

Obviously, the copy was successful.

Note 2: the destination string is at least larger than the space of the source string.

String comparison function -- use and attention of strcmp 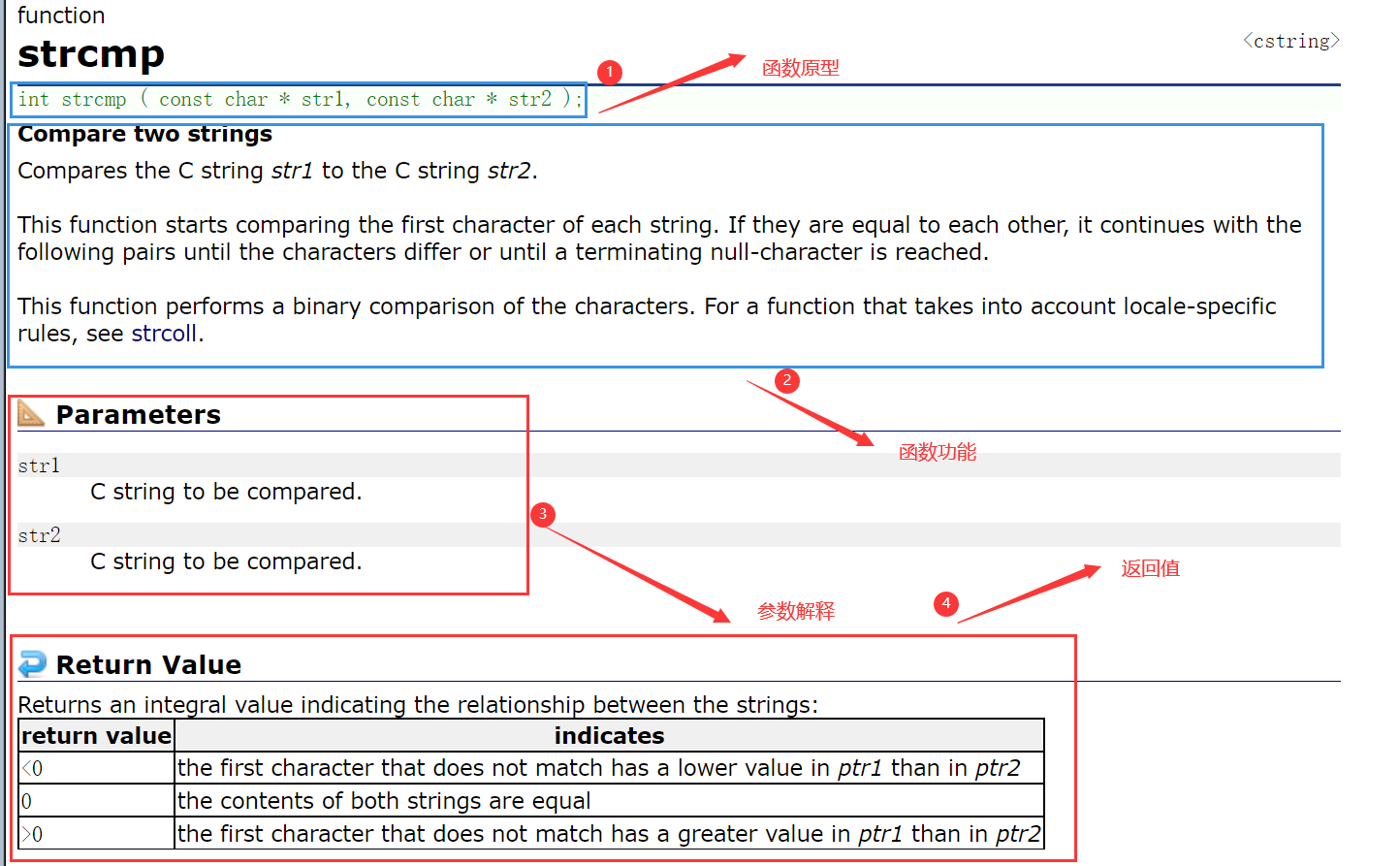 Note: when comparing two strings, use the strcmp function instead of subtracting strings. This is experience.

String append function -- use and attention of strcat 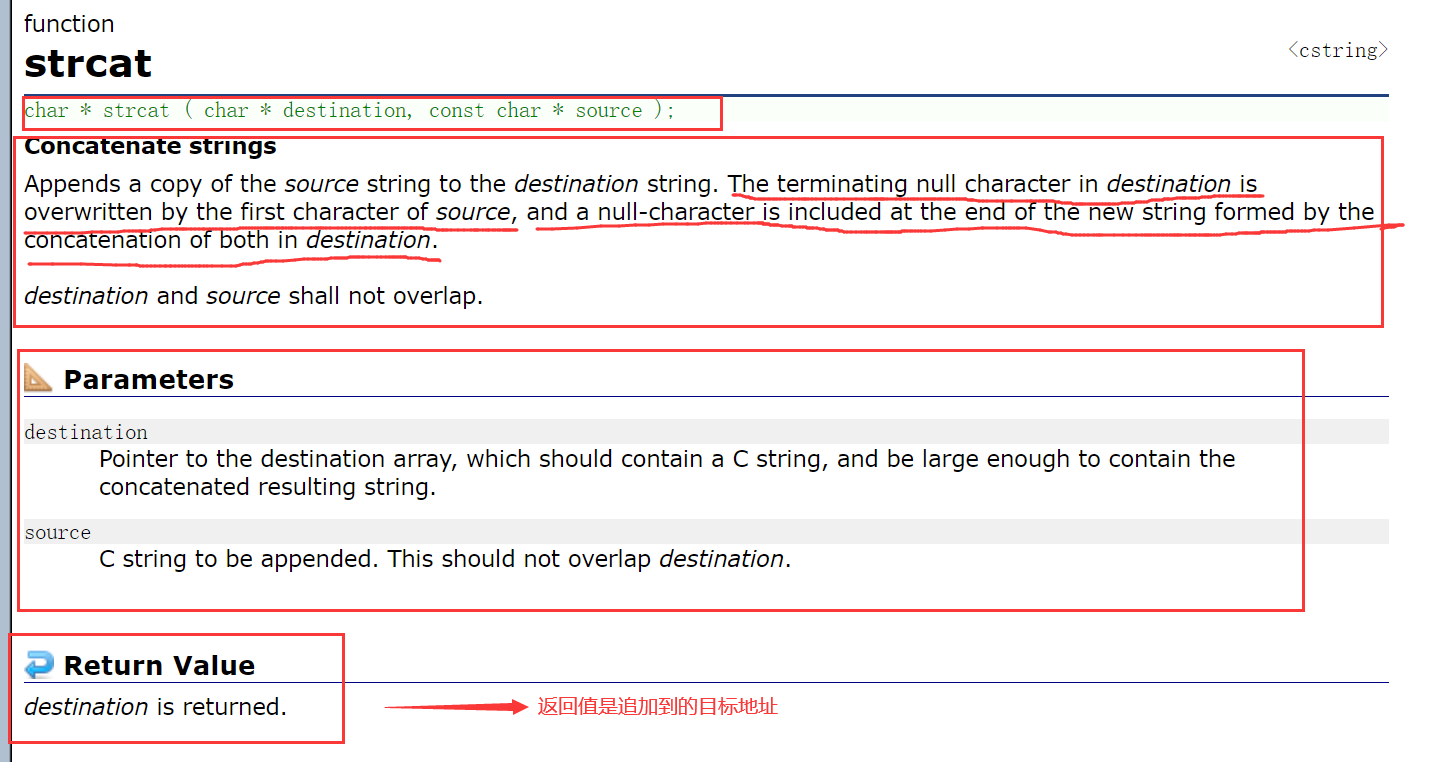 Use cases of strcat:

First, the destination string destination must have enough space to accommodate the appended string;

There must be an error in this append method, because str1 has no end of \ 0, and an error will occur when accessing str1, which is out of bounds

Note 2: the target space must be modifiable. The string of const char * pointer type cannot be used to pass parameters to the first parameter of strcat

Finding substrings of strings -- the use and attention of STR 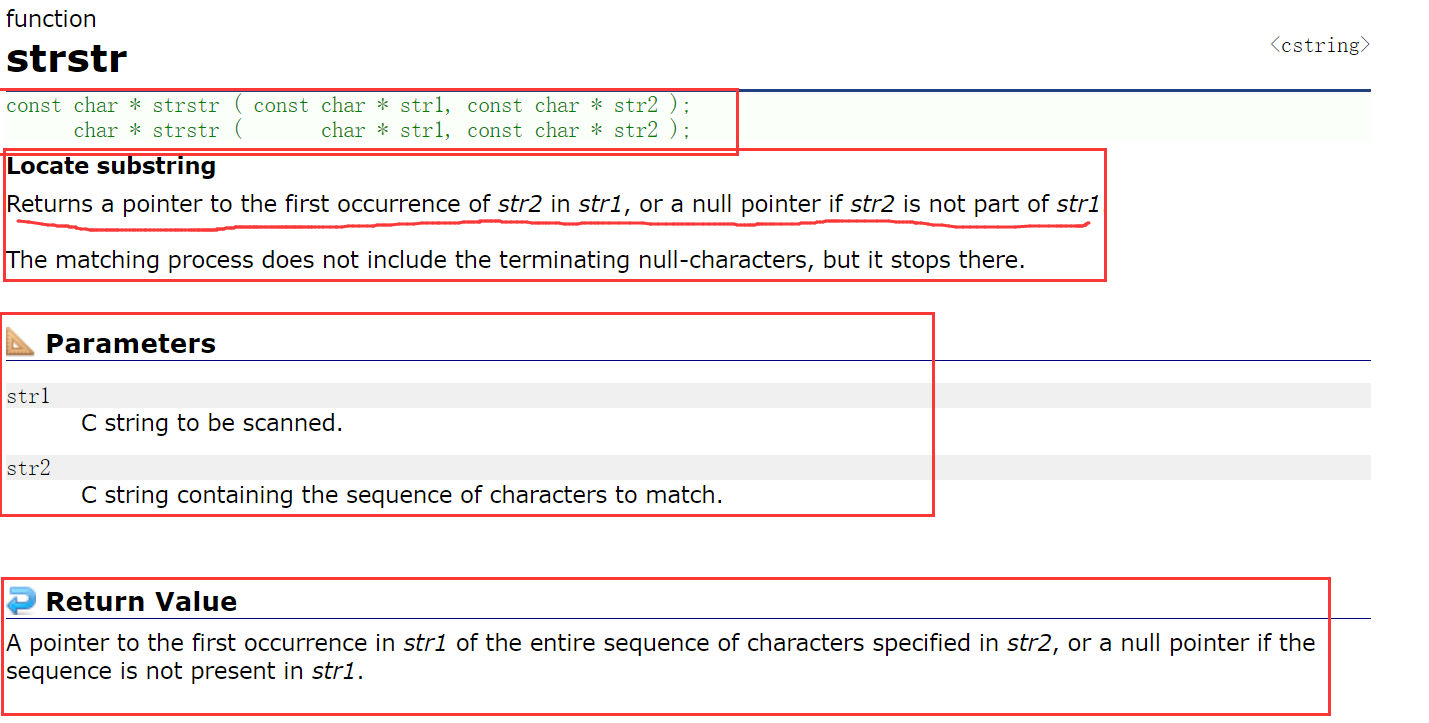 strstr function function: find out whether str1 contains continuous substring str2. If found, return the first address of str2 in str1. If not, return NULL.

Note: the search is for continuous substrings, not pieced together.