Today - 1024, the national programmer's Carnival, the blogger once set up a vote to see that everyone is more interested in the blogger's column. According to the results, it is found that JAVA is the most popular, so the author presents this long article as agreed to take a good look at the threaded world in JAVA. The author is Xiaobai. If there are any deficiencies in the article, please don't hesitate to give advice. If you think it's good, one key three links is the greatest affirmation to the author. 😁😁😁 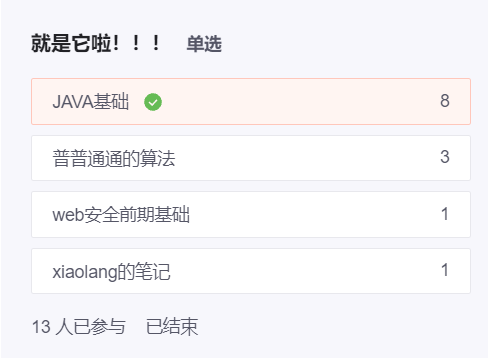 You're dating. Your girlfriend asks you what's the thread in JAVA? You can answer this:
There are many things going on in our world at the same time. For example, when your little dog is breathing, he can also think, such as what to eat today. The same is true for us. For example, when you are sleeping, of course, in addition to breathing, your heart is beating. In the JAVA world, these simultaneous things are called concurrency, and every thing completed concurrently is called thread.

In the world of programming, not all programming languages can support our threads. Generally, after one task is completed, we can proceed to the next task, and the premise is to wait for the end of our previous task. Our JAVA provides us with a concurrency mechanism. We can execute multiple threads, and each thread can handle a function. This mechanism is multithreading.

Thread (English: thread) is the smallest unit that the operating system can schedule operations. It is included in the process and is the actual operation unit in the process. A thread refers to a single sequential control flow in a process. Multiple threads can be concurrent in a process, and each thread executes different tasks in parallel.

Generally speaking, a thread refers to a single sequential control flow in a process. Multiple threads can be concurrent in a process, and each thread executes different tasks in parallel.

🤔 2, How to implement threads?

First, Thread is a class in the java.lang package. If you instantiate an object in this package, the instantiated object is called a Thread. We need to create a Thread instance every time we start a new Thread. So how to construct it?
The rookie tutorial says:

The way to create a Thread is to create a new class, which inherits the Thread class, and then create an instance of the class. The inherited class must override the run() method, which is the entry point for the new Thread. It must also call the start() method to execute.

To put it bluntly, it is the following code:

The Thread object needs a task to execute. The task refers to the work executed by the Thread when it is started. The function code of the work is written in the run() method. Our run() method needs to use the following format:

For example, the following code:

The rookie tutorial gives us many examples: 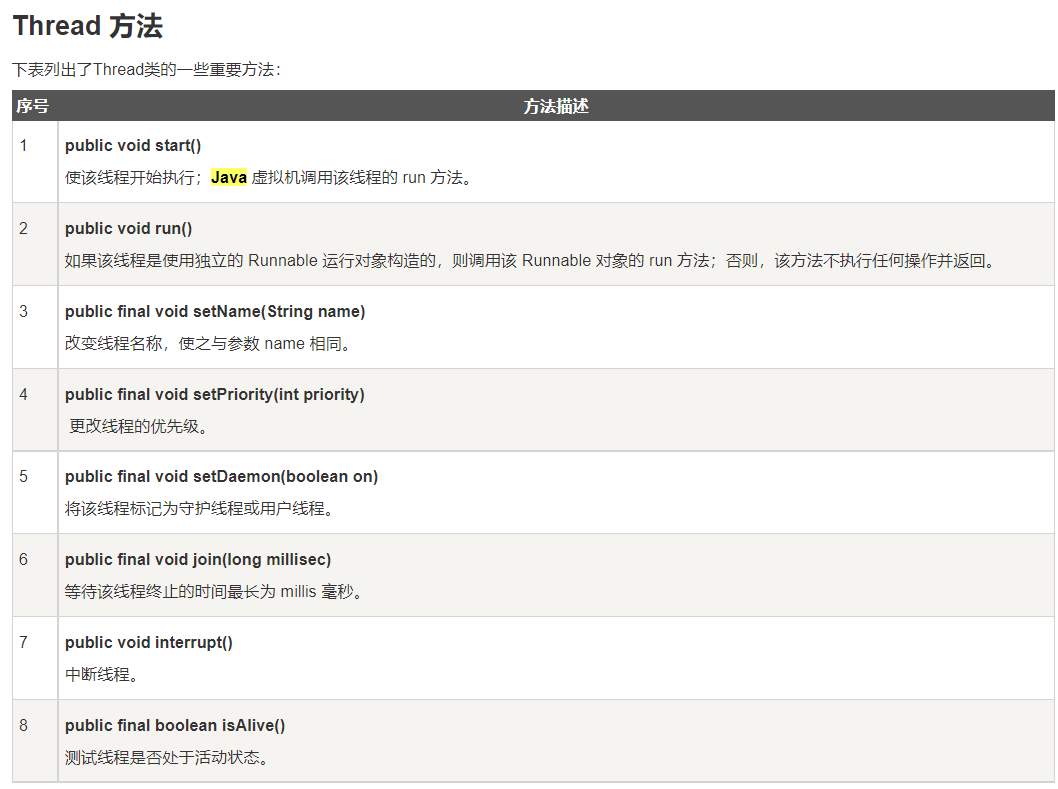 Let's look at a chestnut:

Through the above understanding, we know that threads are mostly created by Thread class. What if we want to inherit other classes? We can use the Runnable interface to implement it.
Let's look at the syntax:

After creating a class that implements the Runnable interface, you can instantiate a thread object in the class.

There are two constructors in the Thread class:

Here, target is an instance of a class that implements the Runnable interface, and name specifies the name of the new thread. After the new thread is created, you call its start() method before it runs. 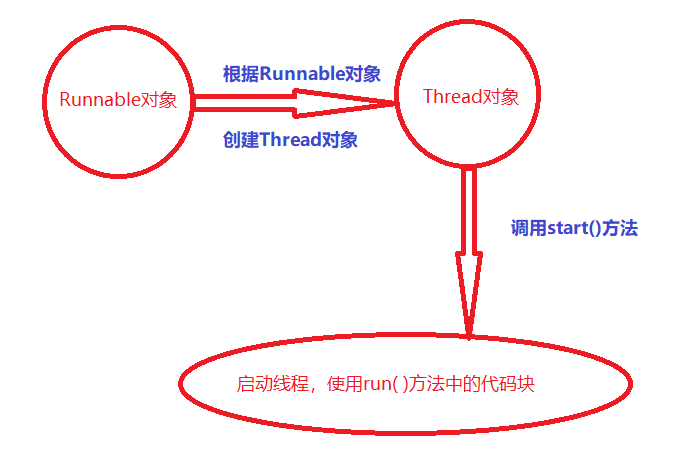 Threads have seven life states: birth, ready, running, waiting, hibernation, blocking and death.
It is written in the introduction to JAVA (Fifth Edition):

You're dating and your girlfriend is sleepy, so you need to rest. In the JAVA thread world, using the sleep() method, you can use a parameter to specify the sleep time of the thread. The time here is in milliseconds. Generally speaking, our sleep() method is usually put into the run() method, such as the following example, This code will prevent the thread from entering the ready state within 2s:

Let's look at another Chestnut:

You can run by yourself, and you will find that the running box produces a result every second: 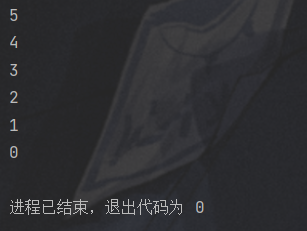 You're on A date, and then your takeout arrives. At this time, you need to get the takeout first, and then go on A date. In fact, in the Thread world, for example, you have A multithreaded program. If you have A Thread A, now you need to insert Thread B into it. At this time, we can use the join() method in Thread. When A Thread uses the join() method to join another Thread, the other Thread will wait for the Thread to execute, Then execute.

We can look at a chestnut before adding another thread: 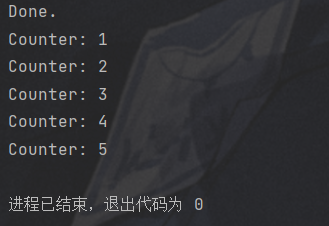 After adding another thread:

The result of running is: 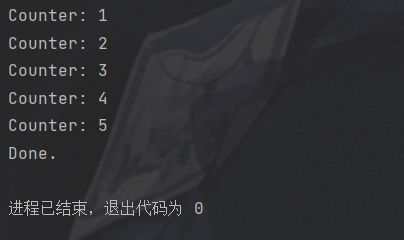 When we add the join() method, the original done can only be printed after the added thread ends.

You're on a date. Your girlfriend's takeout arrived. She went to get the takeout. Your date was interrupted. In fact, interruption is to stop our thread. There are three common ways to interrupt threads in JAVA: 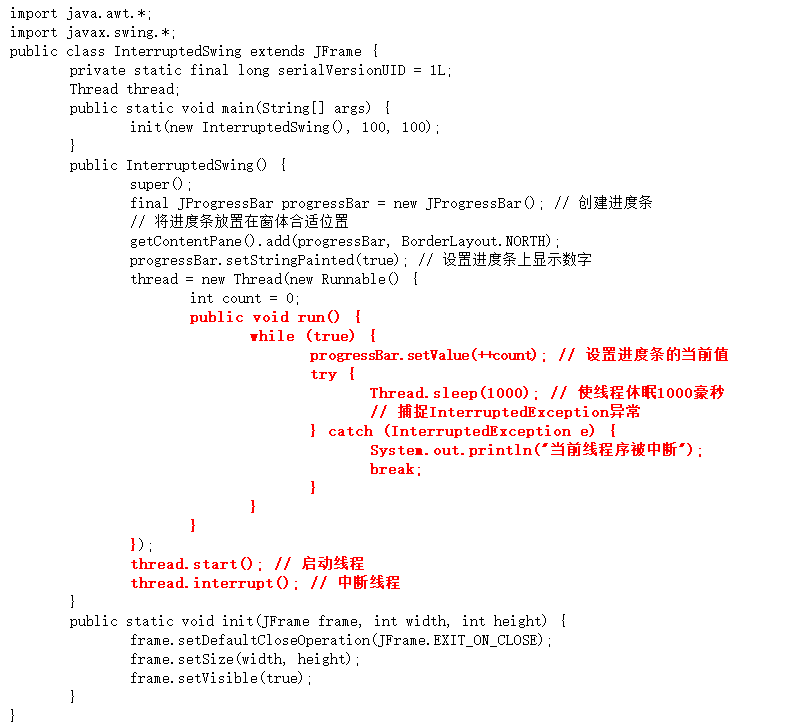 Then let's look at the results of the run:

You are on a date. Your girlfriend asks you to buy drinks. You should listen to your girlfriend, buy them obediently, and you'd better bring some other small gifts back when you come back. In the Java world, when many of our threads are in the ready state, the system will decide which thread to put into the running state according to the priority. For example, the garbage collection mechanism in Java generally has a low priority. Each newly generated thread inherits the priority of the parent thread.

In our multitasking operating system, each thread will get a small CPU to run. When this small CPU time period belongs to them ends, it will change to another thread to enter the running state.

Let's look at a code:

Operation results (in fact, the first progress bar is changed first, and the priorities of C and D are later, which may be difficult to identify with the naked eye): 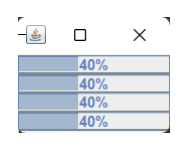 We can better understand it through a picture: 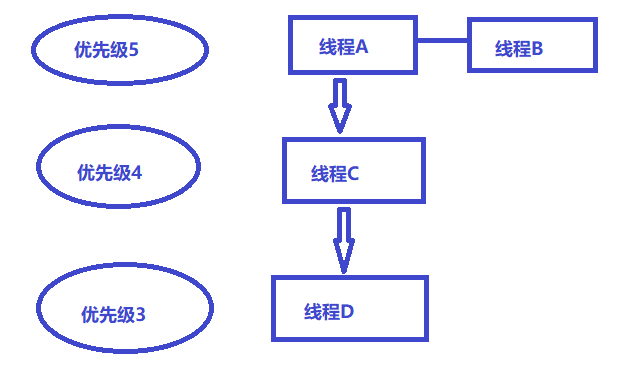 You are dating. You play with your partner. You and your partner should play or talk at the same time. It is impossible to turn you into a robot and act only after receiving instructions. In the world of JAVA, a single threaded program can only do one thing at a time, but the latter can only continue to execute after the previous thing is completed. If we use multithreading, two threads may seize the same resource at the same time. Our JAVA provides a thread synchronization mechanism to prevent access conflicts between resources.

You are dating and your girlfriend wants to go to the cinema, but there is only one ticket left for that show. If our cinema does not consider what to do if the tickets are sold out when designing the ticket system, the following situation may occur:

This is because this program creates four threads at the same time. These four threads execute the run() method. When there is only one ticket left, that is, when num is 1, threads 1, 2, 3 and 4 have the function of storing num variables. When our thread 1 finishes executing the run() method, we specify that it enters sleep() before we have time to perform the decrement operation The method of thread 1 has entered the ready state, but threads 2, 3 and 4 have entered the run() method. At this time, they feel that the value of num is still greater than 0, but in fact, thread 1 has not awakened and is still in the sleep state. When the sleep state of thread 1 ends, Num changes to 0, but the other threads also perform the minus one operation, so a negative value is generated.

You're on a date. You want to go for convenience, but you find that there is someone in the only position in the toilet. You should wait for the guy to come out and you can go in again. For multi-threaded access to shared resources, in order to avoid access conflict, we can add a lock, just like the door of the toilet. This can solve the problem of resource sharing.

The synchronization mechanism in JAVA can effectively solve problems. Using the keyword synchronized, let's look at a program: 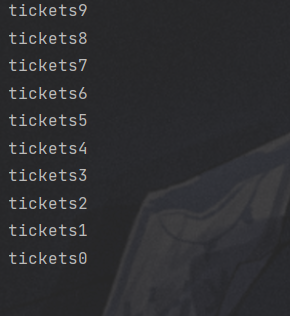 Generally, the operation of shared resources is placed in the synchronized defined area. If other threads want to access it, they must wait for the lock to be released before entering the area.

Let's change the above code:

The running result is the same as that using the synchronization block: 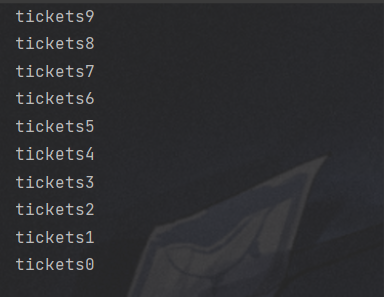 The code in this article is rewritten from "Introduction to JAVA (Fifth Edition)"
For some knowledge analysis, please refer to the blog:
https://www.cnblogs.com/yangming1996/p/9647047.html

🥳🥳🥳 This article has been written continuously for nearly a week. Although we have different views on the hot list recently, it seems that the hot list is resisting long articles of more than 10000 words. But I still intend to publish this 10000 word long article today, because I believe many people still don't want to see a few lines of code on the hot list, so many bloggers will express such feelings: "I hope there are some likes, collections or messages under my article, even if I can't get on the hot list, but I don't like the situation of 0 likes 0 collections 1 reading the hot list." 🤞🤞🤞
If there are any mistakes in the article, you are welcome to leave a message in the comment area. The author is shallow in talent and learning. I hope you masters will not hesitate to give me advice.