I haven't updated my blog for a long time. I recently tested a relatively used Node. I'll share it with you here.

I use ti-processor-sdk-rtos-j721e-evm-08_00_00_12. You can download this development package on TI's official website. I won't repeat it here. If you have questions, you can confide in me. Later, you can sort out a more detailed blog from download to compilation. 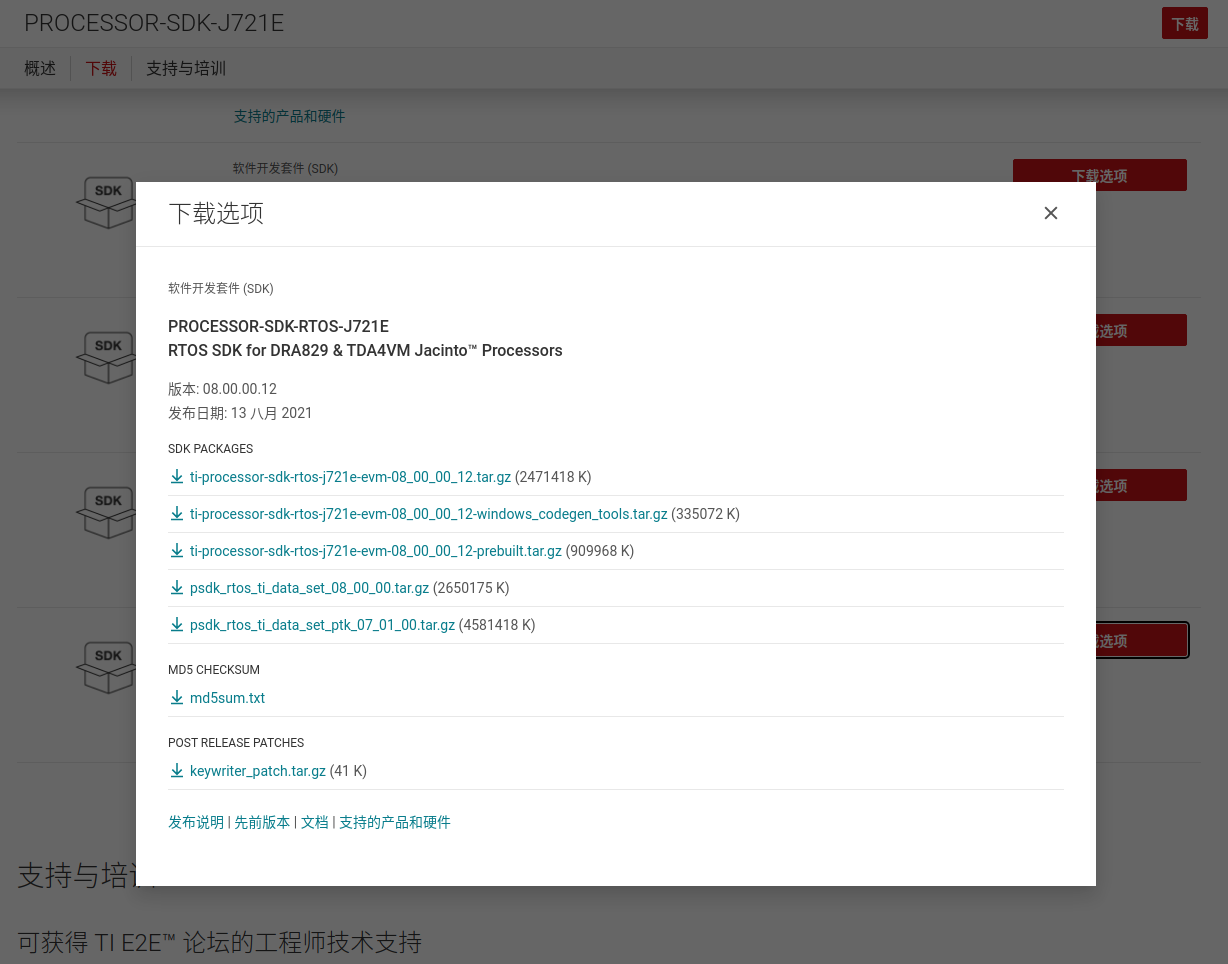 Let's see the renderings first (I only have one camera here, so I copied the YUV data from one camera and displayed it in four copies): 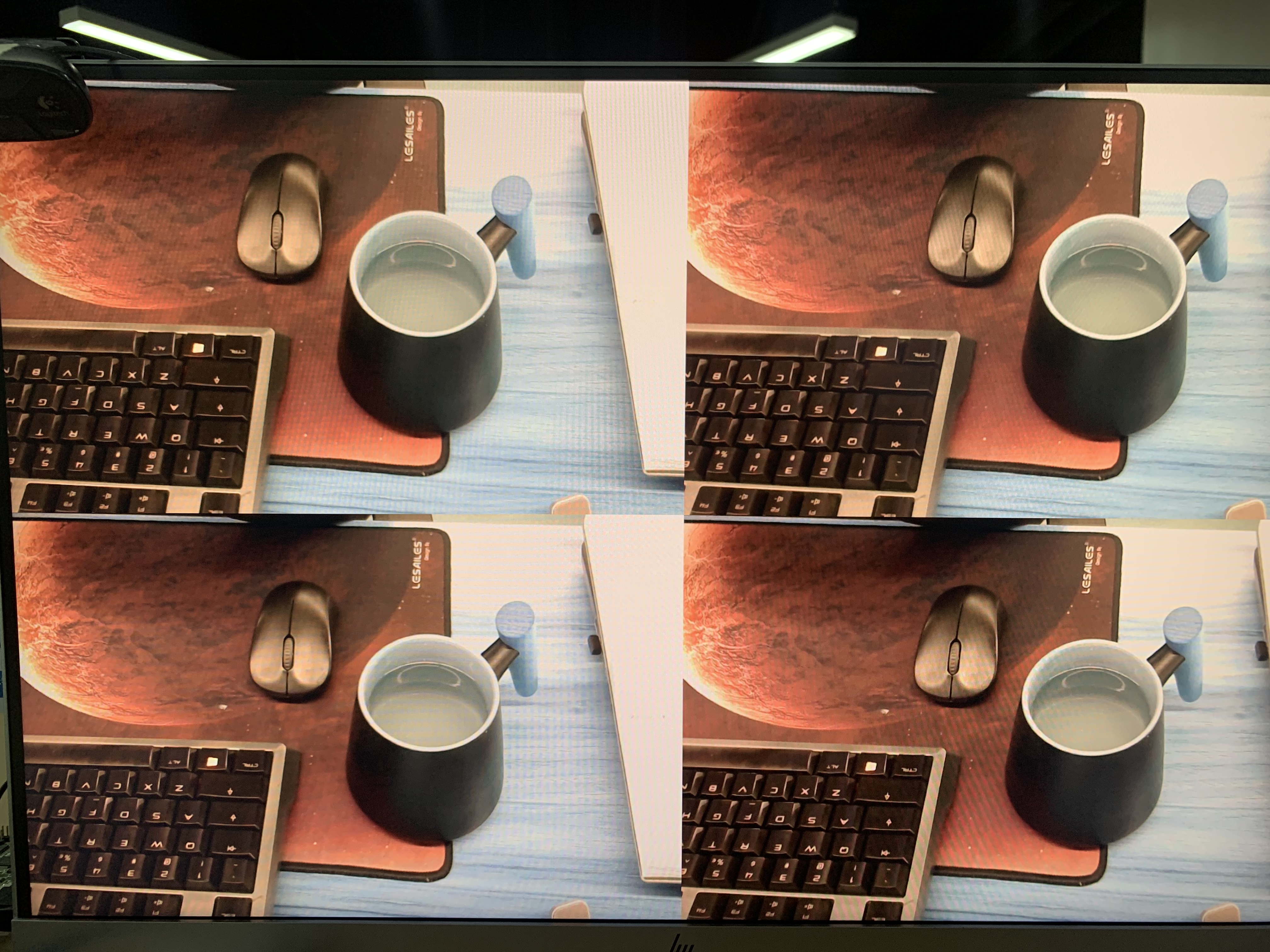 In order to briefly explain the functions of Mosaic node, I take the original Demo as an example. The Demo location is as follows:

The picture provided in the Demo should be an engineer of the other party. It looks good. Ha ha, pay tribute to the following authors. If there is infringement, please contact to delete it. 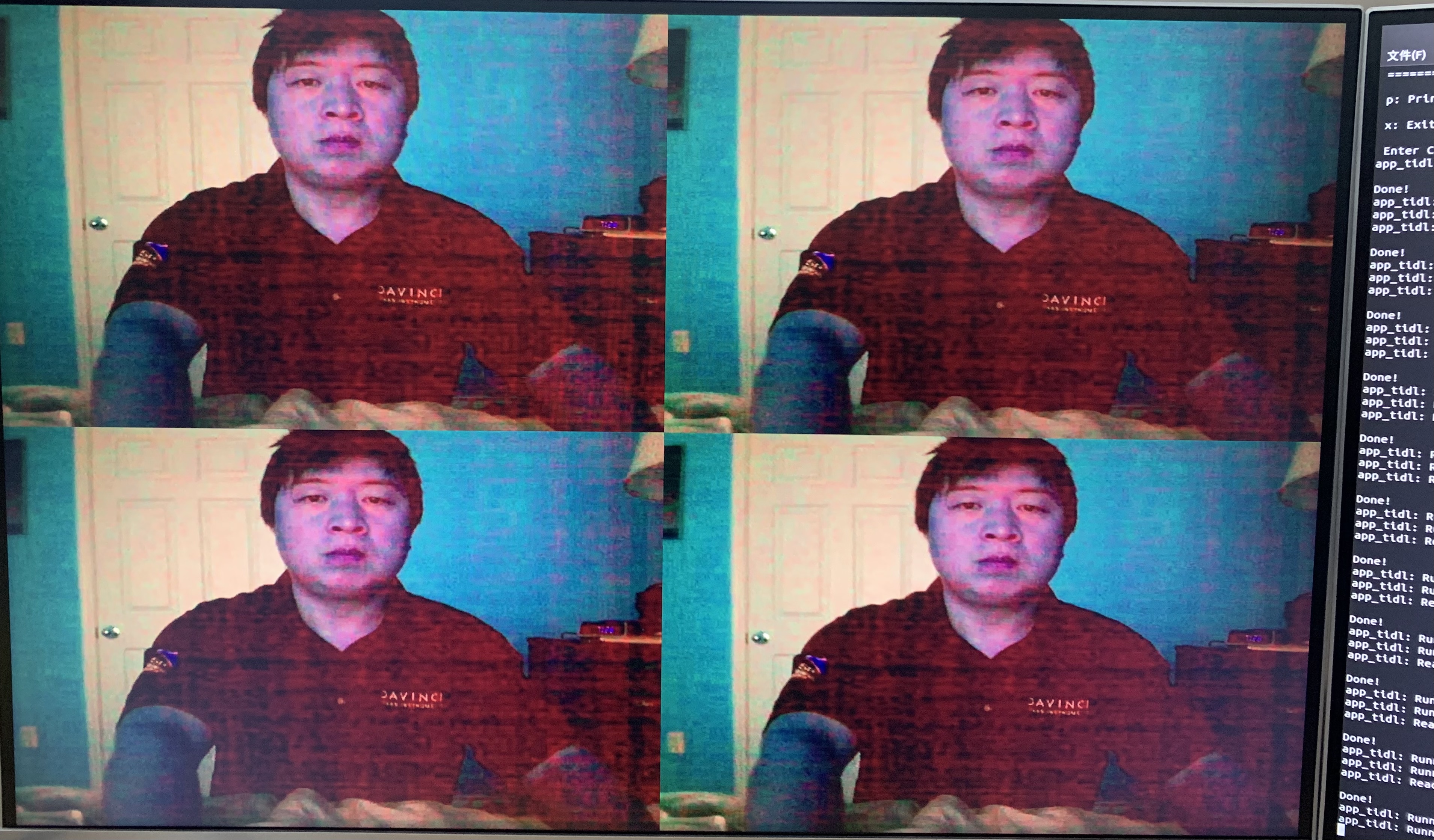 1. Read the bin file data from the system file

4. Load the image into the Mosaic node and execute the Graph. 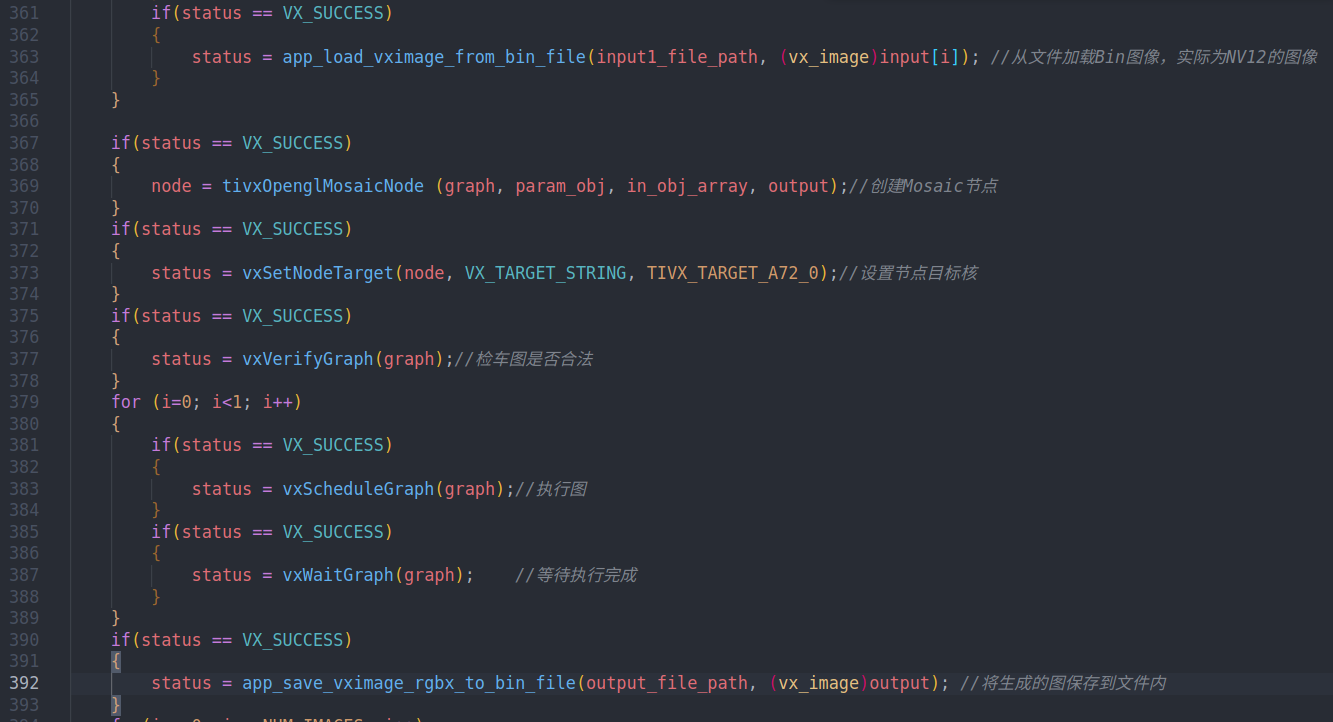 Based on the clues provided by the author, I transplanted this Demo to obtain YUV images from files instead of USB.

First, you need another project. I delete clean projects with only DISP nodes by myself. I will take time to download them. The link is as follows:

2. Header files need to be included

3. Add the following global variables for the creation and use of mosaic nodes

5. Create a Graph and put the code here in the app_ create_ In Graph (appobj * obj)

7. Copy the YUV data obtained by USB into 4 input s. It needs to be copied four times, so it is put in a for loop.

(the image pointer provided by USB is pmap. Here, USB obtains image data. I will write a separate blog. The link is as follows:)

vxMapImagePatch   vxCopyImagePatch and so on, corresponding to different images, the method is different.

8. After executing step 7, you can execute the graph and run

9. After successful execution, the output image, RGBX, will be copied to disp_ Display in image.

Special note: to copy data into the image created by the kernel, you need to perform a series of operations. This will also be written in a separate blog (link is as follows:)

It should be noted that the method of converting RGBX to RGB can be implemented by yourself. I don't do conversion here for the time being. I just copy the first three bytes of RGBX and display them. 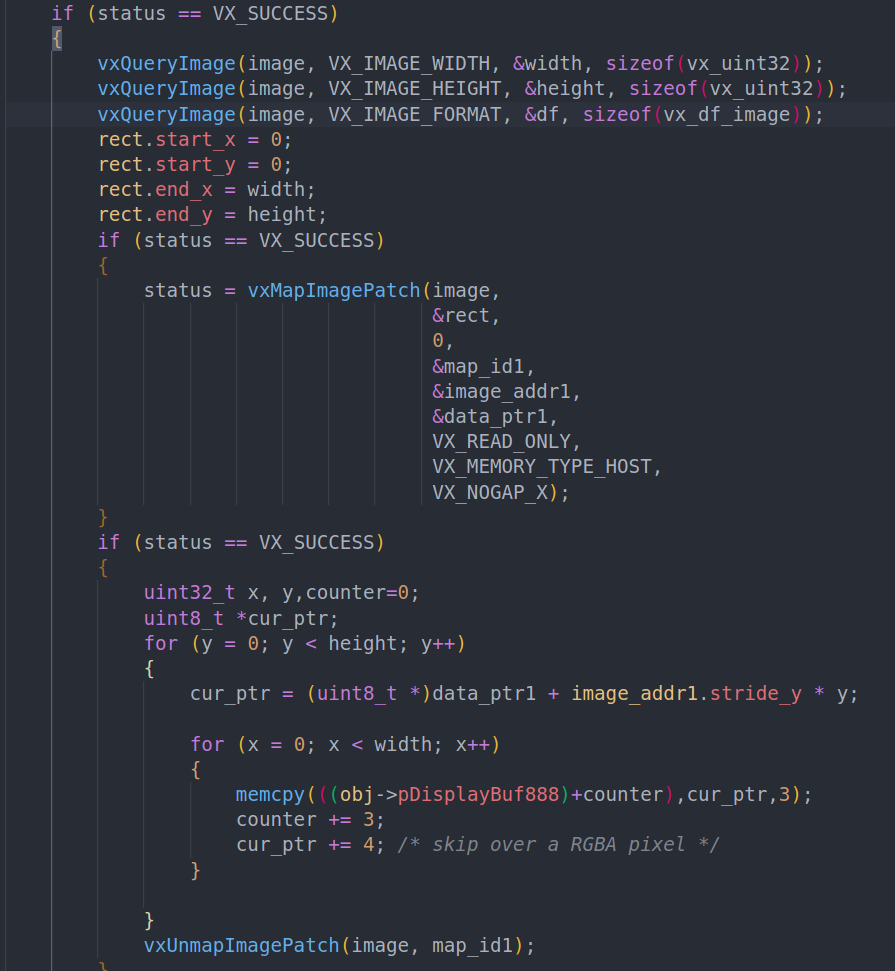 10. Execute disp_graph, you can see that after compilation, it can run normally.

I'll pack the whole project and put it in the database. It doesn't seem to fit here.

Due to limited ability, there are many places that are not clear enough. If you have questions, you are welcome to exchange private letters.