Tip: after the article is written, the directory can be generated automatically. Please refer to the help document on the right for how to generate it

Thanks to the blogger
I refer to this Zhihu Da's article advocating Zihao
Brother Zihao teaches you to install OpenCV on raspberry pie
https://zhuanlan.zhihu.com/p/46032511

testing
The beta version contains packages that have not been included in the stable version, but they have entered the candidate queue. The biggest benefit of using this version is that it has more versions of newer software.
The current beta version code is bookworm. 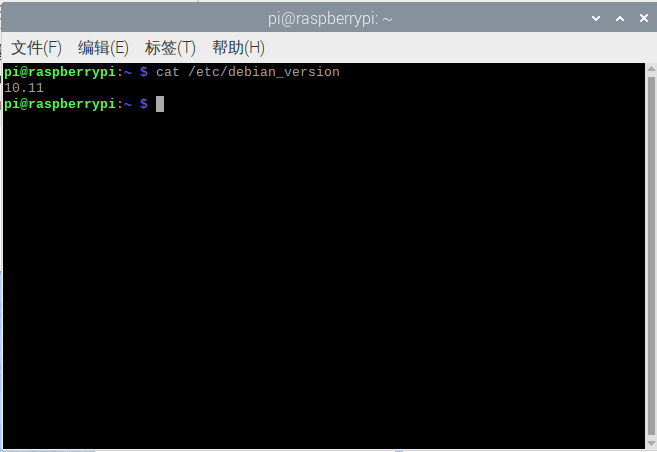 Aptitude, like apt get, is an extremely powerful package management tool in Debian and its derivative systems. Unlike apt get, aptitude handles dependency better. For example, when aptitude deletes a package, it will also delete the package it depends on. In this way, there will be no useless packages left in the system, and the whole system will be cleaner.

Unlike other linux systems, opencv can be installed with one click instructions. raspberry needs to install its dependent libraries and compile and install them

2. Expand the root directory to the entire SD card in the raspberry pie setting

Enter the command in the command line interface to enter the raspberry pie configuration interface.
Use the up and down keys and the left and right keys to switch the cursor position.

3. Install the library required by OpenCV

If the installation dependency is an error:
The following software packages have unsatisfied dependencies: XXXX, but they are about to be installed. Use aptitude to install or solve them.

For the uninstalled scheme recommended by aptitude, select no, and then downgrade the dependent library to install it.

Enter the following three commands on the command line to download two compressed packages to the / home/pi/Downloads directory of raspberry pie.

If your raspberry pie can't access the Internet, you can download it on your PC and copy it.

If displayed:
Build files have been written to /home/pi/Downloads/opencv-3.4.0/build
Then congratulations on your successful configuration

After making sure that the raspberry pie has enough power and enough memory space, it can be compiled

If compilation fails, an error is reported 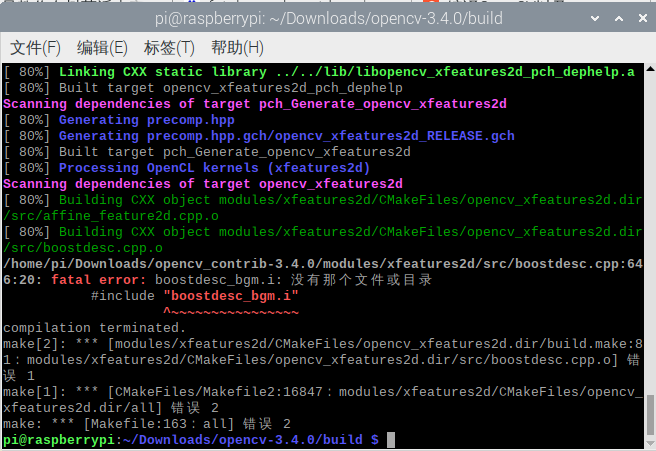 You can view the log file CMakeDownloadLog.txt in the build folder and search for boostdesc in the log file CMakeDownloadLog.txt_ BGM. I keyword (not search in folder),
Found that this file failed to download. The log file has its download address. You can directly copy its download address to the web page to see the source code of the file. You can directly copy the source code and save the file with the same name and put it under the cpp file path with error.

You can download the missing file from the blogger's article
Compiling OpenCV and openc_contrib prompt missing bootdesc_ Resolution of BGM. I file error

Then you can continue compiling 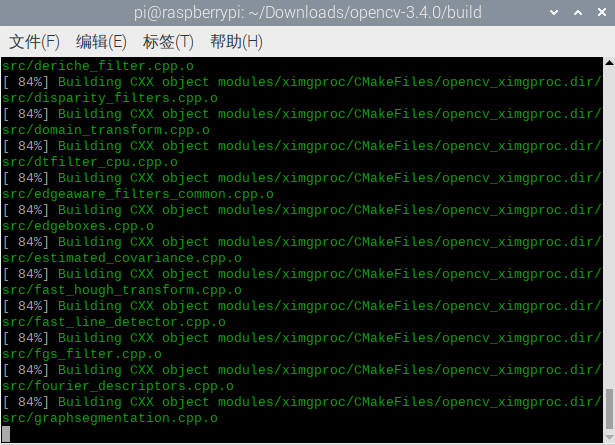 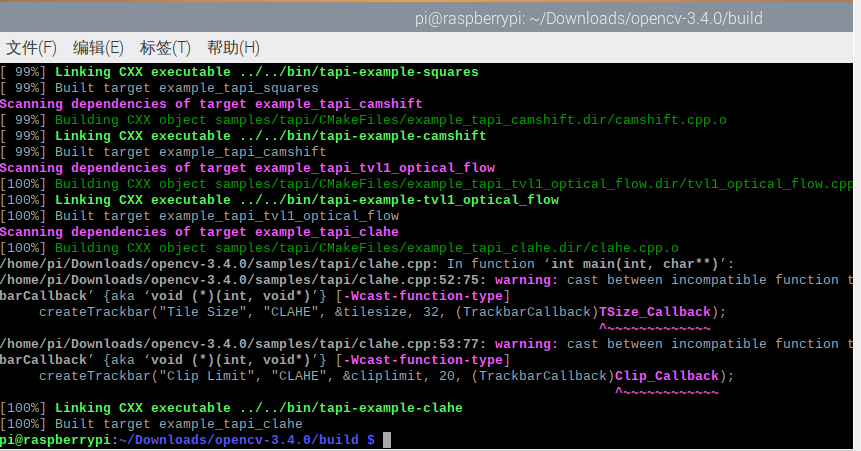 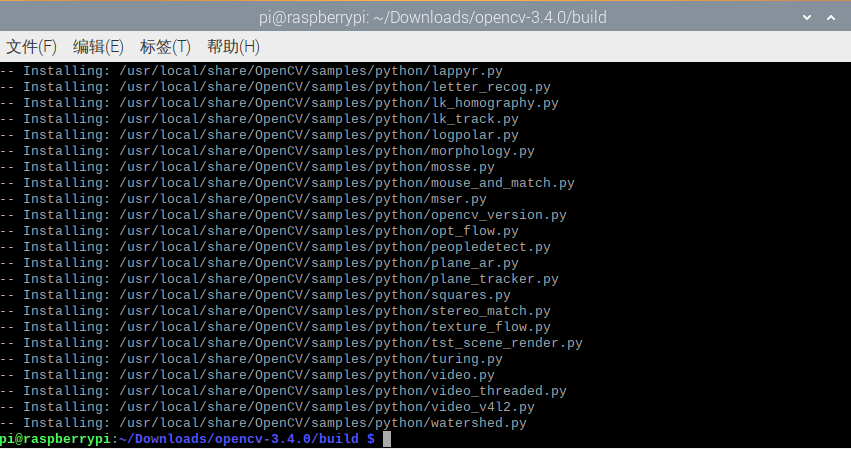 After the installation, I found that Tsinghua source can directly apt get. Woo woo, it's too difficult for me.