At the beginning, let's take a look at the construction and deployment process in ancient times. Everyone must be familiar with this:

Obviously, this process is not only cumbersome, but also inefficient. Each release of development takes a long time to deploy and build.

Later, in order to solve this problem, CI/CD appears.

Next, let's talk about what is CI/CD? 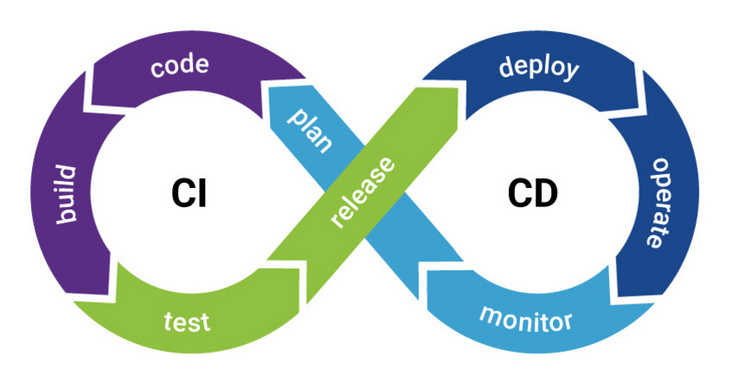 To be more specific:

After talking so much, I believe many students will say:

A long time ago, I thought so too. I felt that it had nothing to do with my business and there was no great need to understand it.

But recently, when I was working on a full stack project (to break through my bottleneck), I encountered these problems and found myself in a knowledge blind spot.

I can't help but mend it.

However, after I learned this knowledge and practiced these processes in the project, my knowledge has been greatly expanded. We have a new understanding of the operating system, the actual construction and deployment, and even engineering. 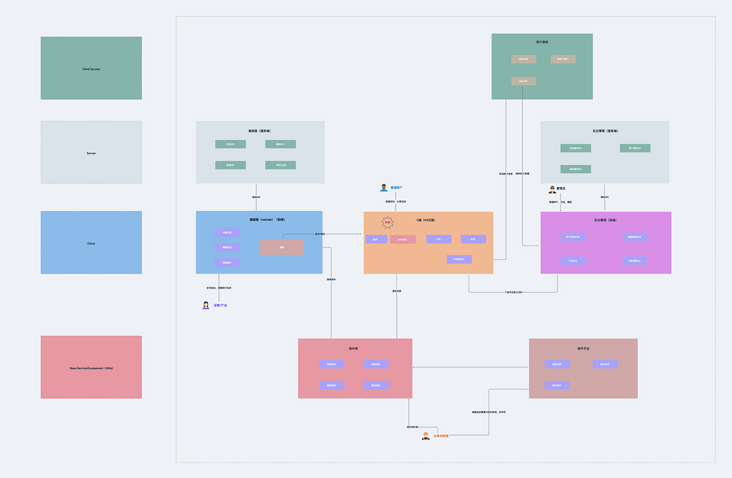 The front end of the editor is How to design and implement H5 marketing page building system It has been explained in detail in the article.

At present, about 70% of the whole project has been completed, and many problems have been encountered in the process, which has also been greatly improved. There will be a wave of articles about small points in the project, which are full of dry goods.

Back to the topic of this article: using Docker Compose, nginx, SSH and Github Actions to implement the front-end Automated Deployment tester. This paper is based on the front-end of the background management system, and explains in detail how to automatically release a pure front-end project with the help of Docker, nginx and Github CI/CD capabilities. There are two starting points for choosing this project to explain the automatic release tester:

The front-end code is packaged with static files, which can be served by nginx. Idea:

⚠️ This paper will combine theoretical knowledge with practice, that is, first describe the corresponding knowledge point, and put the project code or configuration file related to this knowledge point.

The following will explain Docker, Docker compose, ssh, github actions and other knowledge points in turn. 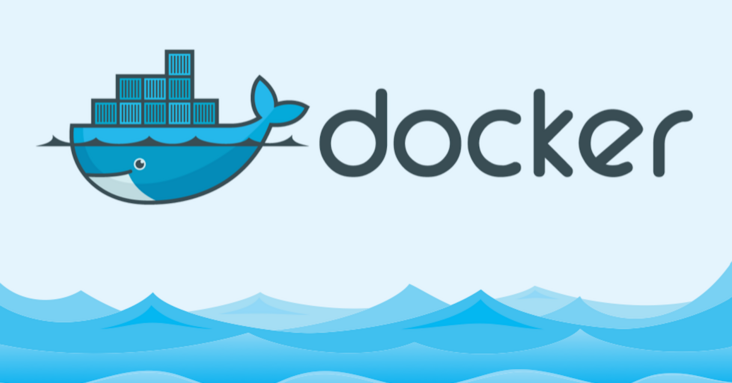 Docker an article in official account a long time ago. Who says the front end doesn't need to learn docker? I have detailed instructions. Here is a brief explanation.

docker can be regarded as a high-performance virtual machine, which is mainly used for the virtualization of linux environment. Developers can package their applications and dependency packages into a portable container and then publish them to any popular linux machine. Containers completely use the sandbox mechanism, and there will be no interface between them.

Since the ECS is centos, here's how to install docker on centos:

docker uses dockerfile as the configuration file to build the image. Simply look at the dockerfile built by a node application:

Explain the meaning of each keyword.

Start with this Image

Look at the Dockerfile file in the project:

In this document, we did the following:

1. We use the Docker image of Nginx as the base image.

2. Put all the contents of the packaged folder dist / into the default HTML folder of Nginx Docker, that is, / usr/share/nginx/html /.

The nginx.conf file is mentioned here:

The core point is to listen to port 80. The log file is defined as admin-fe-access.log, and the root directory of the entry file is / usr/share/nginx/html. These correspond to Dockerfile one by one.

Having finished Dockerfile and its related configuration files, let's take a look at several core concepts in docker.

There are three very important concepts in docker:

A diagram to show the relationship: 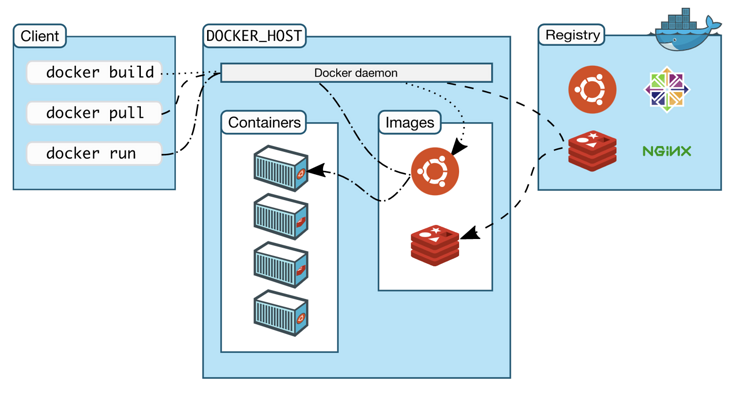 If a container is compared to a lightweight server, the image is the template for creating it. A docker image can create multiple containers, and their relationship is like the relationship between classes and instances in JavaScript.

After the image is built, it can easily run on the current host. However, if we need to use this image on other servers, we need a centralized service for storing and distributing images, such as Docker Registry.

Docker compose project is the official open source project of docker, which is responsible for the rapid arrangement of docker container clusters. Allows users to define a set of associated application containers as a project through a separate docker-compose.yml template file (YAML format).

The biggest advantage of using compose is that you only need to define your own application stack (that is, all services required by the application) in one file, and then put the YAML file in the root directory of the project, which is version controlled together with the source code. Others only need to clone your project source code to quickly start the service.

It is generally applicable to scenarios where the project needs more running environments (corresponding to multiple docker containers), such as relying on nodejs, mysql, mongodb, redis, etc.

Create an image based on the Dockerfile above. The port mapping is 8085:80. Here, 8085 is the host port and 80 corresponds to the 80 port exposed by nginx 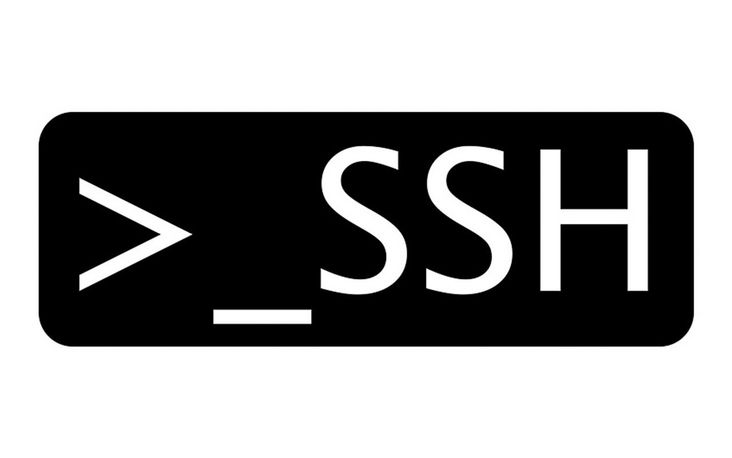 First, let's talk about ECs. Since you want to deploy a test machine with one click, you must have a test machine, that is, ECs. Here I use Alibaba cloud CentOS 8.4 64 bit operating system. 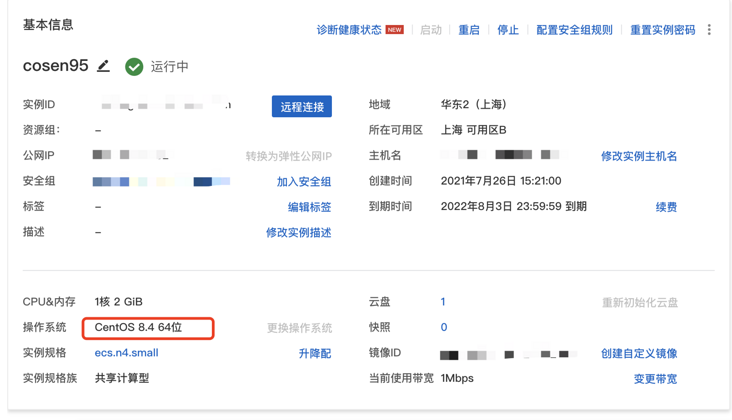 There are generally two ways to log in to ECS locally, password login and ssh login. However, if you log in with a password, you have to enter the password every time, which is more troublesome. ssh login is used here. For information on how to log in to the remote server without secret, please refer to SSH password free login configuration

After that, you can log in directly without secret through SSH < username > @ < IP >.

Next, you need to install the basic package for ECS. The specified package is usually installed in CentOS using yum, which is different from npm.

If you have Hello from Docker like me! Then Docker will be installed successfully!

Through access https://github.com/docker/compose/releases/latest Get the latest version of docker compose (for example, 1.27.4), and then execute the following command to install docker compose

After installation, enter docker compose version on the command line to verify whether the installation is successful:

First, make sure you can access the EPEL library and install it by running the following command:

You can now install Node.js using the yum command:

Also use yum to install:

Finally, let's take a look at github actions, which also connects the points mentioned above. 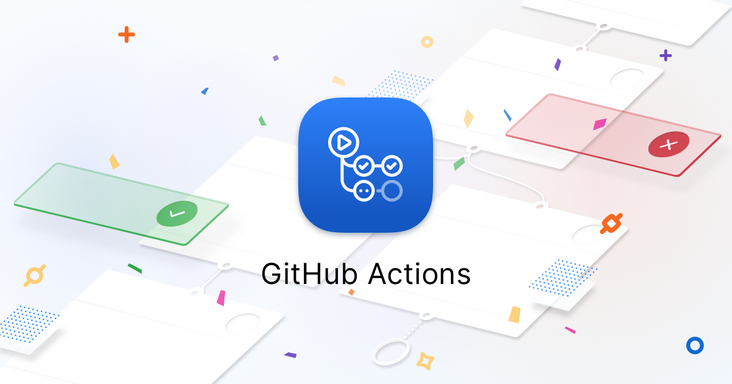 As we all know, continuous integration consists of many operations, such as pulling code, executing test cases, logging in to remote servers, publishing to third-party services, and so on. GitHub calls these operations actions.

The configuration file of GitHub Actions is called the workflow file and is stored in the. github/workflows directory of the code warehouse.

The workflow file adopts YAML format, and the file name can be taken arbitrarily, but the suffix is. YML, such as deploy.yml. A library can have multiple workflow files. If GitHub finds a. YML file in the. github/workflows directory, it will automatically run the file.

There are many configuration fields in the workflow file. Here are some basic fields.

The name field is the name of the workflow.

If this field is omitted, it defaults to the file name of the current workflow.

The on field specifies the conditions for triggering workflow, usually push and pull_request.

Specifies that branches or labels can be qualified when an event is triggered.

The above code specifies that the workflow is triggered only when the push event occurs in the master branch.

The jobs field represents one or more tasks to be performed. The runs on field specifies the virtual machine environment required to run.

The steps field specifies the running steps of each Job, which can contain one or more steps. Each step can specify the following three fields.

Here is the. GitHub / workflows / deploy dev.yml file in the project:

Here is an overview:

one ️⃣ The whole process is push ed from code to feature_ Triggered when dev branches.

two ️⃣ There is only one job running in the virtual machine environment Ubuntu latest.

three ️⃣ The first step is to use the most basic actions, namely actions/checkout@v2 , its function is to let our workflow access our repo.

four ️⃣ The second step is to install node in the machine executing the workflow. The action used here is actions/setup-node@v1 .

five ️⃣ The third step is to execute lint and test.

six ️⃣ The fourth step is to temporarily set the ssh key, which is also to prepare for logging in to the server in the next step.

seven ️⃣ The fifth step is deployment. First, ssh logs in to the server, pulls the latest branch code, then installs dependencies and packages, and finally starts docker to generate an image. Here, the docker service is available on the test machine.

eight ️⃣ The last step is to delete the ssh key.

Finally, let's take a look at the complete process of github:

The deploy phase is the core: 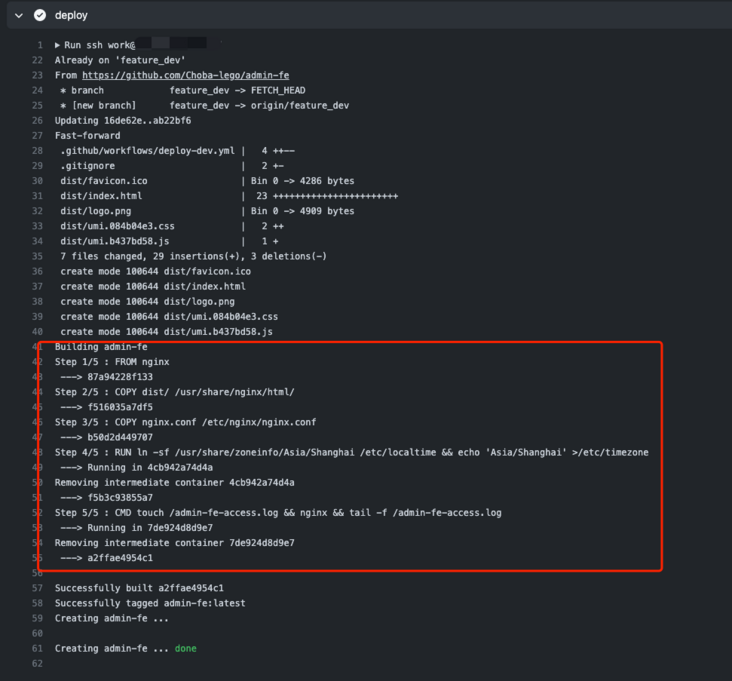 I've written so much. I don't know if you understand it 😂

If you have any questions, please leave a message in the comment area and will answer them as soon as you see them 😊

There will be a lot of articles about this project in the future. Please pay more attention to it