There are dreams and dry goods. Wechat search [Daqian world] pays attention to this bowl washing wisdom who is still washing dishes in the early morning.

This article GitHub https://github.com/qq449245884/xiaozhi It has been included. There are complete test sites, materials and my series of articles for the interview of front-line large factories.

Vue Router transition is a quick and easy way to add personality to Vue applications. It allows us to add smooth animation / transition effects between different pages of the application.

If used properly, it can make our applications more modern and professional, thus enhancing the user experience.

In today's article, we will introduce the basic knowledge of transition using Vue Router, and then introduce some basic examples, hoping to give you some inspiration and inspiration.

Here are the four transition pages we want to create.

In the old version of Vue Router, we can simply wrap < router View > with < transition > components.

However, in the new version of Vue Router, we must use v-slot to deconstruct our props and pass them to our internal slots. This slow contains a dynamic component surrounded by transition.

Each Route has a different transition

By default, wrapping < component > with < transition > will add the same transition on each route we use.

There are two different ways to customize transitions for each route.

Move the transition to each component part

We want each route to have a transition effect. In this way, we can customize each route by the name of the transition.

Another way is to bind the name of the transition to a variable. Then, we can dynamically change this variable according to the listening route.

Now that we know the basics of Vue Router Transition, let's take a look at some Nice examples.

Adding fade page transitions is probably one of the most common dynamics we can add to Vue applications.

We can achieve this effect by changing the opacity of the element.

First, we create a Vue Router transition with the name fade. Another thing to note is that we set the transition mode to out in.

There are three different transition modes:

In order for the new element to fade in smoothly, we need to delete the current element before starting a new transition. So we use mode = "out in".

< transition > provides us with several CSS classes that are dynamically added / deleted during the animation cycle.

There are 6 different transition classes (3 for entry and 3 for exit).

Note: This is the default name when we provide a name attribute for the transition. The format of the class is name enter from, name enter active, and so on.

We want the opacity of the entry and exit states to be 0. Then, when our transition takes effect, we animate opacity.

The next transition we want to build is the slide transition.

The template is shown below. Since we want the entry and exit transitions to occur at the same time, we can use the default mode.

To make the example look better, we add the following styles to each page:

Creating a zoom transition is very similar to our fade in transition. We set the mode to out in again so that we can ensure the correct order of the animation.

Providing a black background color for the whole web page will make the transition look cleaner.

There are many ways to create transition, but I don't think we should make transition too much and deliberately. The transition dynamic effect should be small and subtle enhancements, rather than interfering with the application.

I think a better transition is to combine some more basic transitions.

For example, let's combine the zoom in and zoom out of slides into a transition.

The bugs that may exist after code deployment cannot be known in real time. Afterwards, in order to solve these bugs, we spent a lot of time on log debugging. By the way, we recommend a useful BUG monitoring tool Fundebug.

The article is continuously updated every week. You can search [Daqian world] on wechat to read it for the first time and reply to [welfare]. There are many front-end videos waiting for you. This article GitHub https://github.com/qq449245884/xiaozhi Already included, welcome Star. 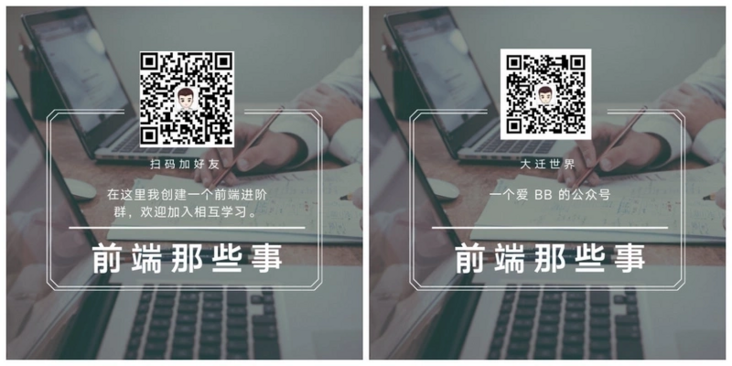