Redis five data structures and common operation instructions, and how redis is encapsulated and used in JAVA

Then this blog post will give a brief introduction to the five data structures of Redis and how to package them in JAVA.

We serialize the object information to be stored into a string using JSON, and then use Redis to cache the serialized string. When fetching the stored information, we can perform a deserialization operation.

The difference between Redis String and Java String is that the String in Java is a final String, while Redis String is a dynamic String that can be modified. The internal implementation structure is similar to ArrayList in Java. Pre allocation of redundant space is used to reduce frequent memory allocation.

Redis will allocate a larger capacity (space) than the actual string. When expanding, it will double the existing space. However, the maximum length of the string is 512MB.

Some common operations such as set, get, exists and del are as follows:

Of course, you can also read and write in batches through mset and mget:

As we all know, some data will not be stored in the cache for a long time. Therefore, to set the corresponding expiration time, you can set it through expire and setex, and you can judge whether the key value exists or not through sexnx

When our value is an integer, we can also increase or decrease it through incr, decr, incrby and decrby. It should be noted that its return is between the maximum and minimum values of signed long. If it exceeds this range, an error will be reported: 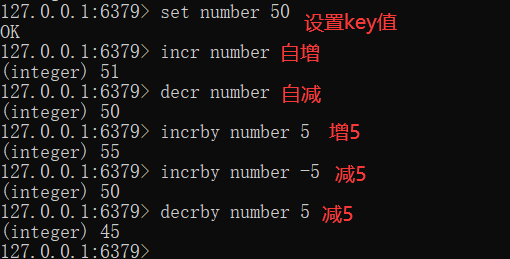 (Note: only the complete writing method of string type tool class is listed below, and only some writing methods are listed for other data structures)

Redis's list is equivalent to the LinkedList in the Java language, but it is a linked list rather than an array. This means that its insertion and deletion are very fast, while index positioning is relatively slow.

Each element in the list is connected by two-way pointers and supports forward traversal and backward traversal. When the last element pops up in the list, the data structure is automatically deleted and memory is recycled.

Redis's list structure can be used as an asynchronous queue. We serialize the task structure that needs to be delayed into a string, store it in the redis list, and then enable another thread to obtain data from the list for processing.

As we all know, queue is a first in first out data structure, which can be used for the message queue we often hear, and can ensure the access order of elements.

Stack is a data result of first in and last out, which is the same reason as our common withdrawal. 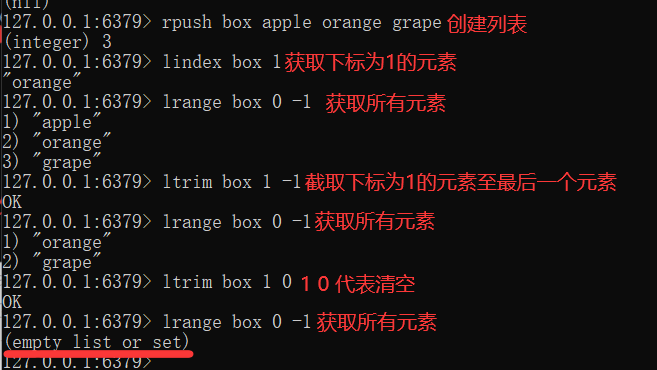 Redis's dictionary is equivalent to HashMap in JAVA language. It does not need a dictionary and stores many key value pairs internally.

For the conceptual model of HashMap, in the blogger's Advanced JAVA -- Analysis of HashMap underlying implementation (I) The explanation is very clear in the article.

The difference is that redis's Dictionary values can only be strings, and their rehash is also different. When the dictionary of Java's HashMap is very large, rehash is a very time-consuming operation, and it has to rehash all at once. In order to continue high performance and avoid congestion, redis adopts a progressive rehash strategy.

But the drawback is that the storage consumption of hash structure is higher than that of a single string.

Next, let's look at the operation: 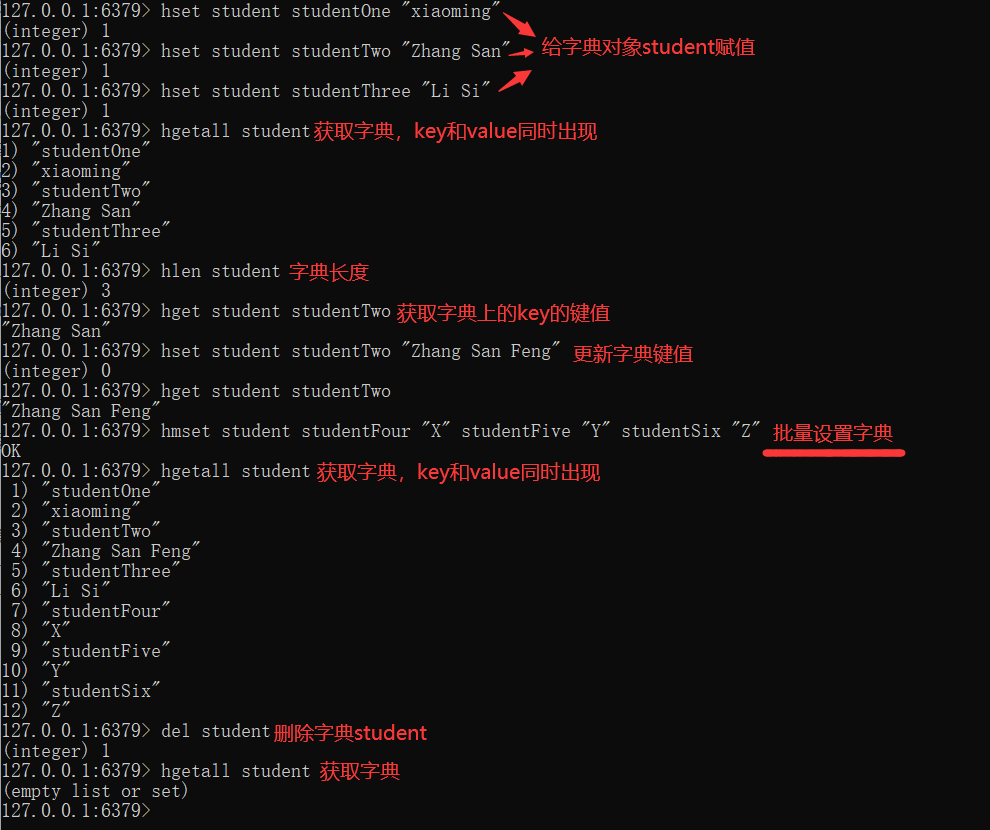 The Redis collection is equivalent to the HashSet in Java. The internal key values are unordered and unique, that is, we often use Set to remove duplication in Java.

The Redis collection is equivalent to a special dictionary. The key value of each key in the dictionary is NULL. Like other data structures, when the last element is removed, the data structure is deleted and the memory is recycled.

Next, let's look at the operation instructions: 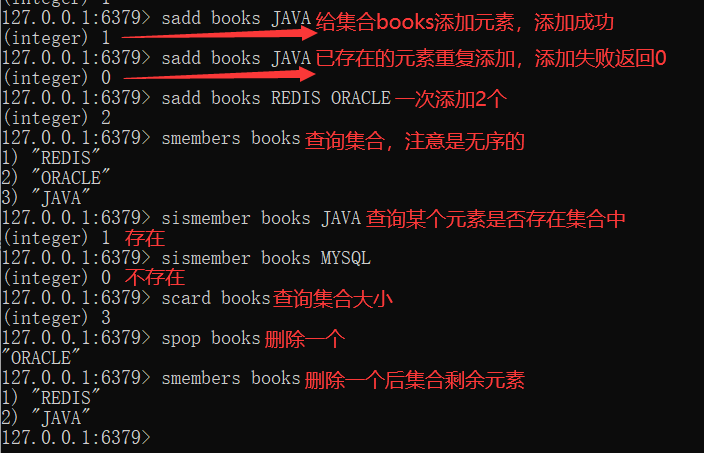 zset has a sequence table

zset is also a set, which ensures the uniqueness of the internal value, and gives each value a score to represent the sorting weight of the value.

What can zset be used for? For example, if you open the fan list, value stores user information, score stores attention time, and the fan list can be displayed in order of attention time... And so on. I won't elaborate too much here.

Let's take a look at the operation: 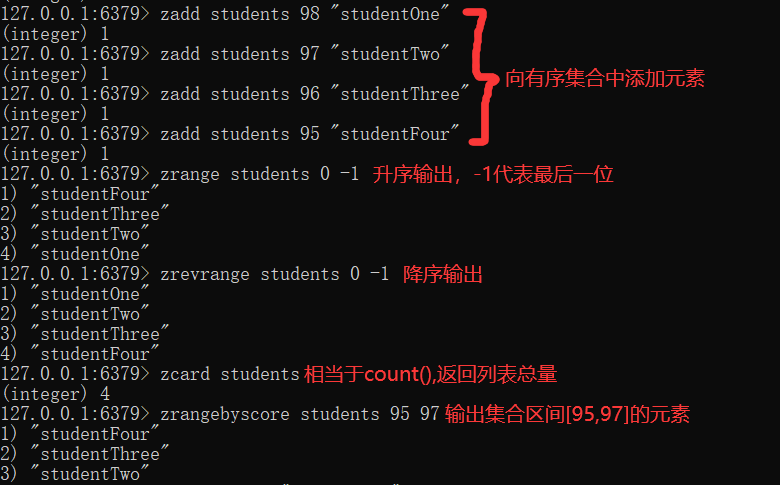 Encapsulation statement (part) of zset with sequence table in Java