Obtain the memory space of the specified byte from the heap. The function declaration: void *malloc (int n);

If the function is executed successfully, malloc returns the first address of the obtained memory space; If the function fails, the return value is NULL.

The heap memory obtained by malloc function must be initialized with memset function.

After successful execution, obtain the byte space of size * n from the heap and return the first address of the space. The execution failed and the function returned NULL.

The memory space obtained by the calloc function is initialized, and its contents are all 0.

The functions are richer than the first two, which can realize memory allocation and memory release. Function declaration: void * realloc(void * p,int n);

If n > the size of the space previously pointed to by p, the system will reallocate a memory space of N from the heap for p

At the same time, the contents of the original pointing space are copied to the new memory space in turn, and the space pointed to before p is released. The space allocated by the relloc function is also uninitialized.

Request memory on the stack. When the program is out of the stack, it will automatically release memory. However, it should be noted that alloca is not portable, and it is difficult to implement on a machine without a traditional stack. Alloca should not be used in programs that must be widely transplanted. C99 supports variable length arrays (Vlas), which can be used to replace alloca.

For the n bytes of the first address of the void pointer p, set each byte to c.

1. They all apply for space from the heap
2. The return value needs to be null
3. User free release is required
4. The return value type is the same (void *)
5. Both require type conversion
6. Like the underlying implementation, it is necessary to open up redundant space to maintain the application space

difference:
1. Different function names and parameter types.
2.calloc will initialize the application space and initialize it to 0, while the other two will not.
3. The space requested by malloc must be initialized with memset
4.realloc is to adjust the existing space. When the first parameter is passed in NULL, it is the same as malloc
2, C + + memory management mode (new, delete)

Dynamic memory management through new and delete operators to apply for and release continuous space.

It is a global function provided by the system. New and delete release space by calling the operator new and noperator delete global functions at the bottom.

3. The difference between malloc / free and new/delete

Differences: 1 Malloc and free are functions, and new and delete are operators

2. The space requested by malloc will not be initialized, but new can be initialized
3. When malloc applies for space, it needs to manually calculate the space size and pass it. new only needs to follow the space type
4. The return value of malloc is void *, which must be forcibly rotated when used. New is not required, because new is followed by the type of space
5. When malloc fails to apply for space, it returns NULL, so it must be NULL when used. New does not need to, but new needs to catch exceptions
6. When applying for custom type objects, malloc/free will only open up the space and will not call the constructor and destructor, while new will call the constructor to initialize the object after applying for the space, and delete will call the destructor to clean up the resources in the space before releasing the space
7. The efficiency of new/delete is slightly lower than that of malloc and free, because the underlying layer of new/delete encapsulates malloc/free

4. Implementation principle of new and delete

Built in type: if you are applying for a built-in type space, new and malloc, delete and free are basically similar,

The difference is that new/delete requests and releases the space of a single element, new [] and delete [] apply for continuous space, and new throws an exception when the space application fails, and malloc returns NULL

5. Singleton mode: a class can only create one object, and the instance is shared by all program modules.

Hungry man mode: the program is loaded and initialized at the beginning, resulting in a very slow program.

Lazy mode: don't load it at the beginning, and load it when you need it.

Advantage: when you first use an instance object, you create it. The process starts without load. The startup sequence of multiple single instance instances is freely controlled.
Disadvantages: complex

What is a memory leak?

Memory leakage refers to the situation that the program does not release resources and no longer uses memory due to negligence or error. Memory leak means that after an application allocates a certain section of memory, it loses control of the memory due to design errors, resulting in a waste of memory.

Heap memory refers to a piece of memory allocated through malloc/calloc/realloc/new during program execution. After it is used up, it must be released through free/delete. If it is not released, this part of space cannot be used later, and Heap Leak will be generated.

The program uses the resources allocated by the system, such as sockets, file descriptors, pipes, etc. without using the corresponding functions, resulting in a waste of system resources, seriously reducing the system efficiency and unstable system execution.

How to avoid memory leakage?

Designing a class can only create objects on the heap. (the constructor is privatized, providing a static member function in which the creation of heap objects is completed)

When designing a class, you can only create objects on the stack.

1. Function template and its instantiation

Implicit instantiation: let the compiler deduce the actual type of template parameters according to the actual parameters

Explicit instantiation: specify the actual type of the template parameter in < > after the function name (if it does not match, implicit type conversion will be performed)

2. Class template and its instantiation:

4, STL (an important part of C + + standard library, including software framework of data structure and algorithm) 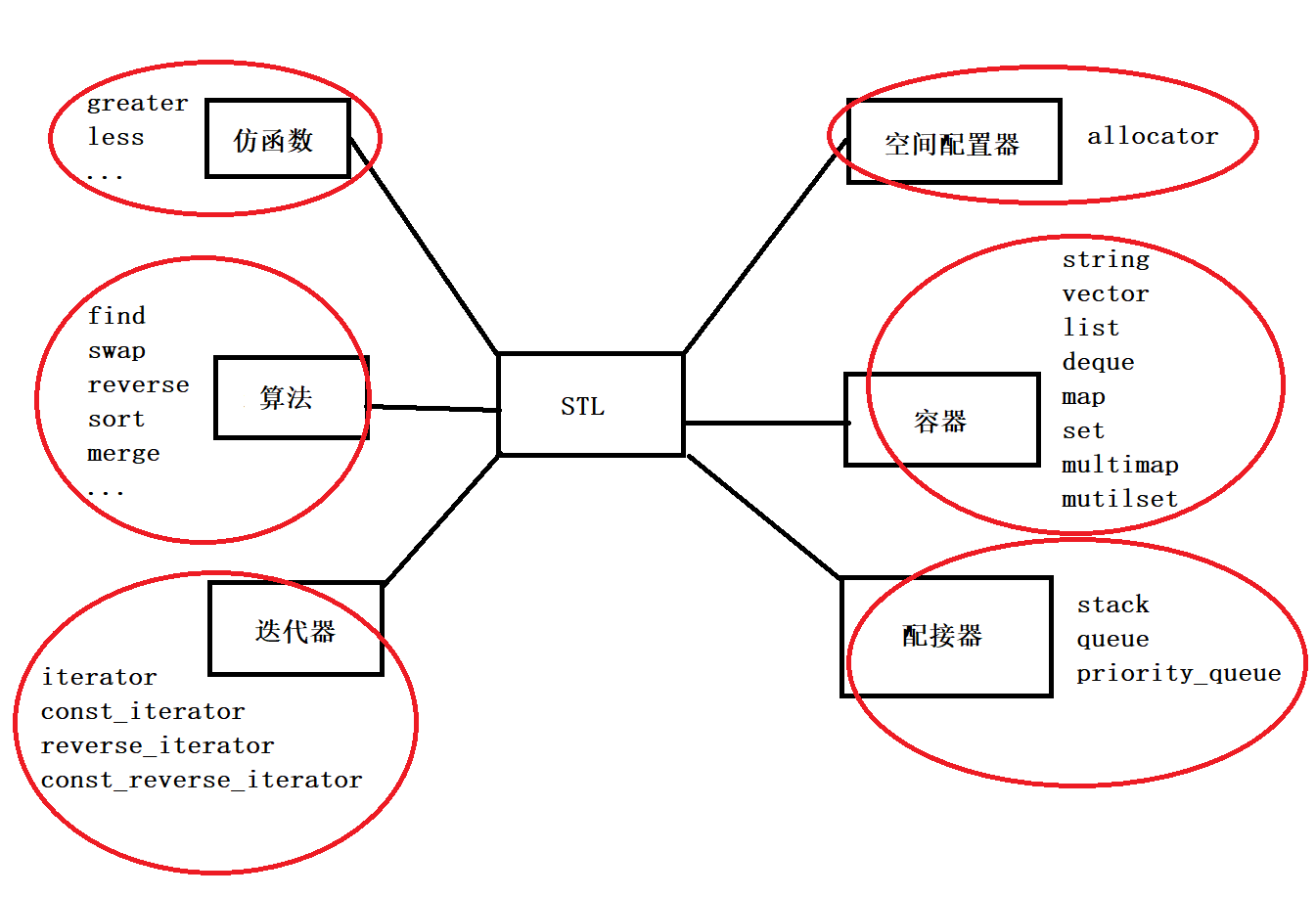 6. Use the string class to flip the string: (the code is as follows:)

7. Find the character that appears only once for the first time in the string: (the code is as follows:)

8. Length of the last word in the string:

9. Verify that a string is a palindrome:

s.size () is the length of the string, starting with 1. s.size () - 1 is the subscript of the last character, starting from 0

Shallow copy: also known as bit copy, it means that the compiler only copies the values in the object. If resources are managed in the object, multiple objects will share the same resource. When an object is destroyed, it will be released, while other objects do not know it and think it is still valid. When access continues, an access error will occur.

Deep copy: to solve the problem of shallow copy, each object is allocated resources independently to ensure that multiple objects will not be released for multiple times due to shared resources, resulting in program crash. Copy constructors, assignment operator overloads, and destructors must be explicitly given.