Let's take a look at the following code. You can think about what this code will output first. 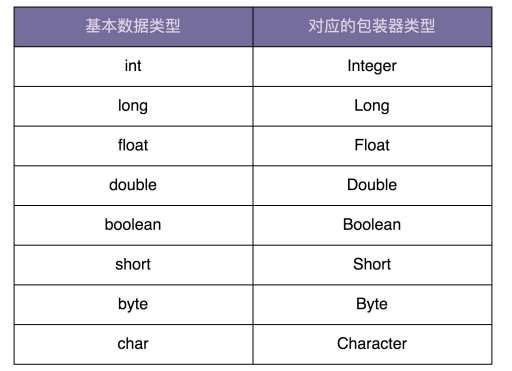 The value 56 is the basic data type int. when copied to the wrapper type variable, the automatic boxing operation is triggered, an Integer type object is created, and assigned to the variable i. Its bottom layer is equivalent to:

Conversely, when the variable i of the wrapper type is assigned to the basic data type variable j, the automatic unpacking operation is triggered to take out the data in i and assign it to j. The bottom layer is equivalent to executing the following statement:

After figuring out the automatic packing and unpacking, let's see how to determine whether the two objects are equal? However, before doing so, we need to find out how Java objects are stored in memory. Let's illustrate it with the following example.

After understanding these Java grammars, let's take a look at the beginning of the code.

The first four lines of assignment statements will trigger the automatic boxing operation, that is, an Integer object will be created and assigned to the four variables i1, i2, i3 and i4. According to the explanation just now, although the stored values of i1 and i2 are the same, both are 56, they point to different Integer objects. Therefore, when determining whether they are the same through = =, false will be returned. Similarly, the i3==i4 decision statement will also return false.

However, the above analysis is still wrong. The answer is not two false, but one true and one false. This is because Integer uses the meta pattern to reuse objects, which leads to such a running result. When we create an Integer object through automatic boxing, that is, calling valueOf(), the value of the Integer object to be created is between - 128 and 127, which will be returned directly from the IntergerCache class. Otherwise, we call the new method to create it. as follows

The InterCache here is equivalent to generating the factory class of meta pattern.

Why does IntegerCache only cache integer values between - 128 and 127?

In the code implementation of IntegerCache, when this class is loaded, the cached meta objects will be created at one time. After all, there are too many integer values. It is impossible to pre create all integer values in the InterCache class, which not only occupies too much memory, but also takes too long to load the IntergerCache class. Therefore, we can only choose to cache the most commonly used integer value for most applications, that is, the size of a byte (- data between 128 and 127)

In fact, in addition to Integer type, other wrapper types, such as Long, Short, Byte, etc., also use meta mode to cache data between - 128 and 127. For example, the LongCache meta factory class and valueOf() function code corresponding to Long type are as follows:

In our usual development, for the following three methods of creating integer objects, we give priority to the latter two.

Similarly, let's look at a piece of code first, 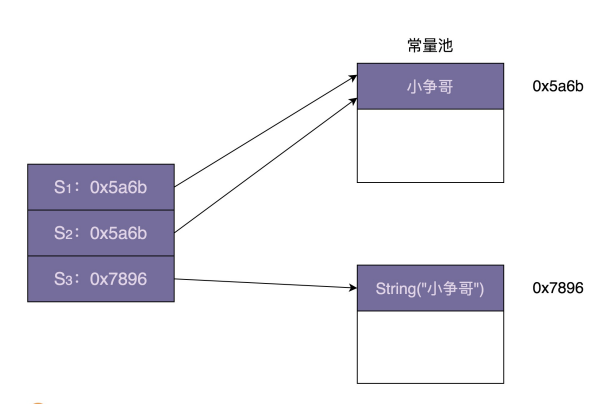 However, the design of the meta sharing mode of the String class is a little different from that of the Interger class. The objects to be shared in the Integer class are created at one time when the class is loaded. However, for strings, we can't know which String constants to share in advance, so we can't create a number in advance. We can only store a String constant in the constant value when it is used for the first time. When it is reused later, we can directly reference the existing ones in the constant pool, so we don't need to recreate it.

However, meta mode is not friendly to JVM garbage collection. Because the meta factory class always saves the reference to the meta object, the meta object will not be automatically recycled by the JVM garbage collection mechanism without any code. Therefore, in some cases, if the object's life cycle is very short and will not be used intensively, using the shared meta mode may waste more memory. Therefore, unless it is verified online that using the shared meta mode can really save memory, don't overuse this mode. It's not worth the loss to introduce a complex design mode for a little memory saving