In today's society, housing rent is comprehensively determined by decoration, location, house type pattern, transportation convenience, market supply and demand and other factors. For the relatively traditional industry of housing rental, serious information asymmetry has always existed. On the one hand, the landlord does not understand the real market price of rental housing, so he can only bear the pain to empty the high rent housing; On the other hand, tenants can not find high cost-effective houses to meet their needs, which leads to a great waste of rental resources.

The big data competition in this computer skills competition will provide real rental market data after desensitization based on the pain points of the rental market. Players need to use the historical data with monthly rent label to establish a model to realize the prediction of monthly housing rent based on basic housing information, so as to provide an objective measurement standard for the urban rental market.

The competition data is the four-month house rental price and the basic information of the house. The official desensitized the data. Contestants need to use the house information in the data set and the monthly rent training model, and use the house information in the test set to predict the monthly rent of the house in the test data set. The data set is divided into two groups: training set and test set. The training set is the data collected in the first three months, with a total of 196539 pieces. The test set is the data collected in the fourth month. Compared with the training set, the "id" field is added, which is the unique id of the house, and there is no "monthly rent" field. Other fields are the same as the training set, with a total of 56279 items. The evaluation index is RMSE (root mean square error), which is a common evaluation index of regression algorithm. The training set contains the following fields: 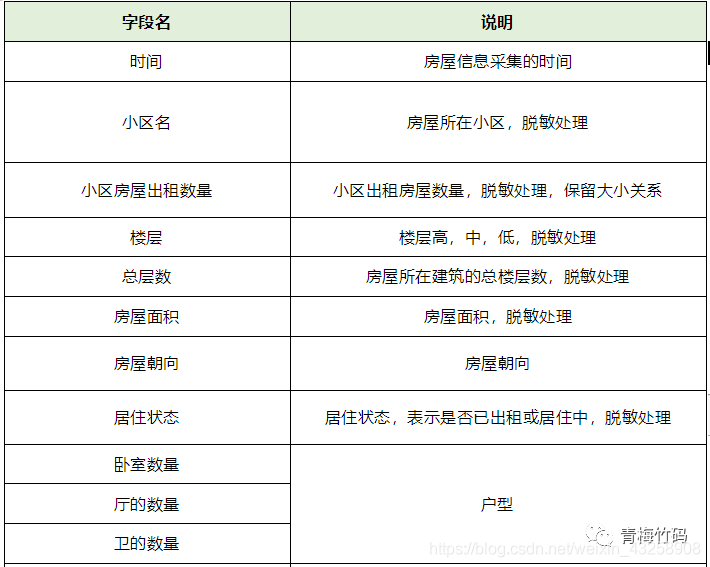 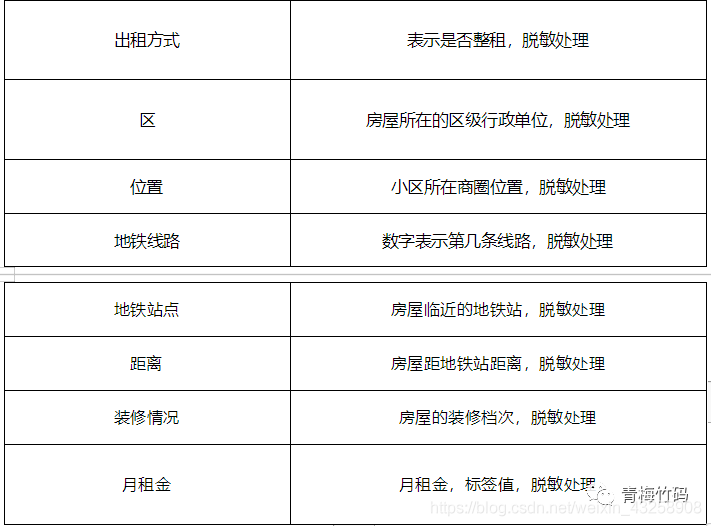 The scatter diagram showing the relationship between house area and monthly rent is as follows: 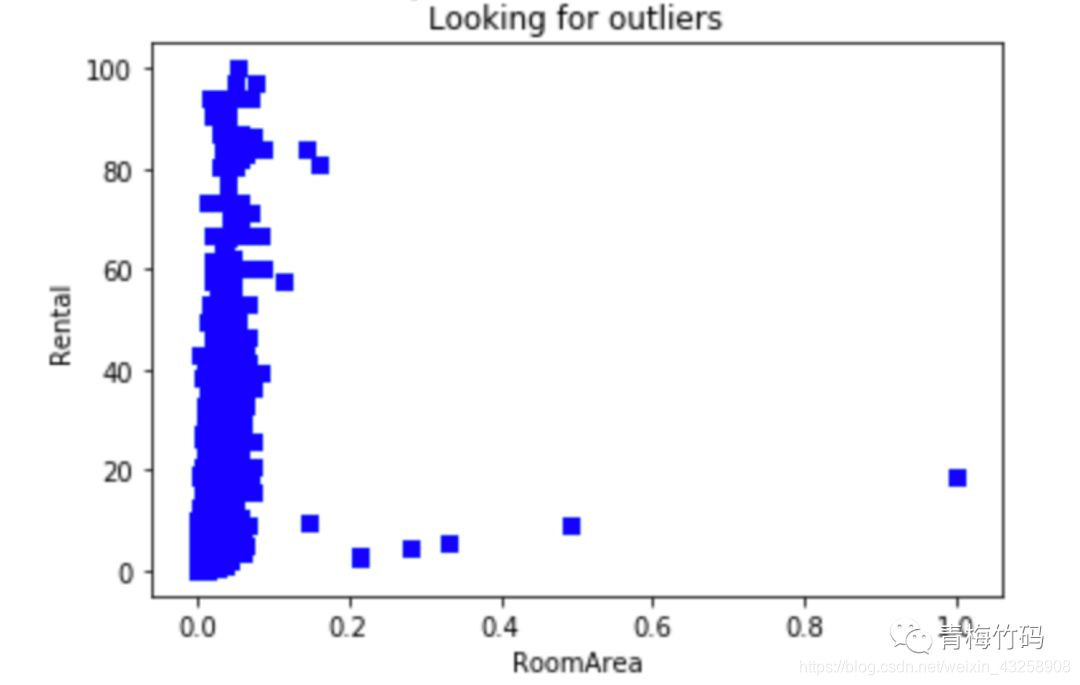 After the outliers are cleared, the scatter diagram of the relationship between house area and monthly rent is drawn as follows: 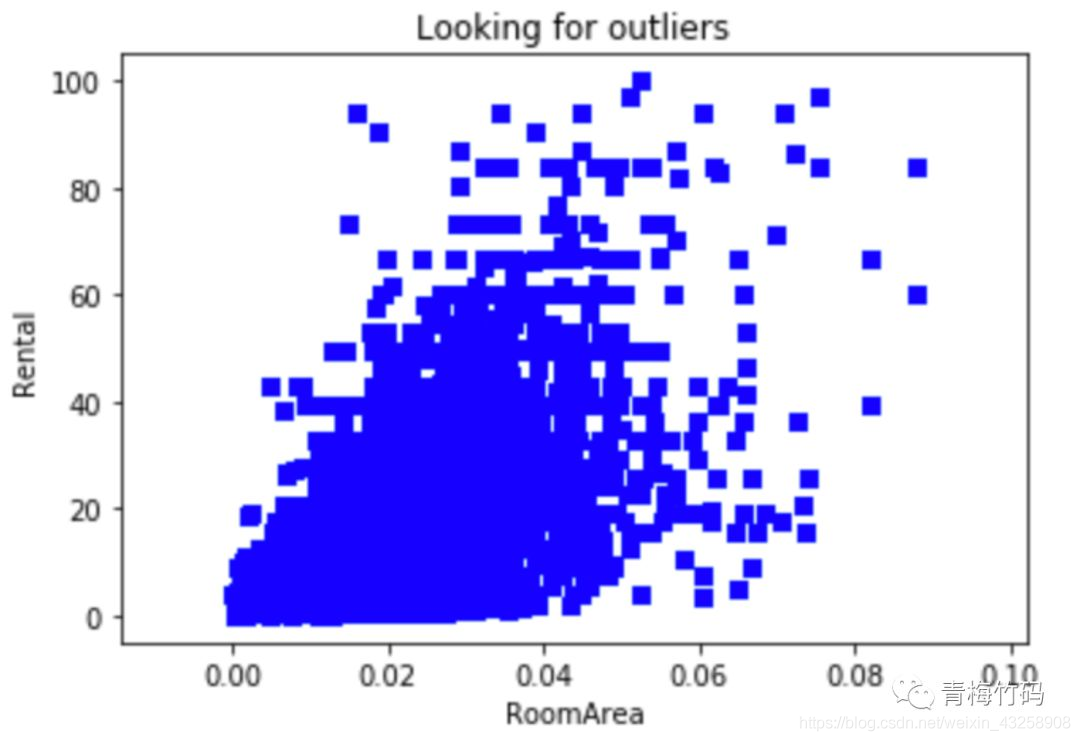 After testing, removing outliers can improve the performance of the model.

First, construct the features according to common sense, such as the total number of rooms, bedroom area, hall area, bathroom area, room relative height, etc. Then, common routines are used to construct features, such as LabelEncoder coding of category features, linear combination of multiple features, proportional features and so on.

According to the structural characteristics of routine

The weighted fusion of XGBoost and LightGBM models is adopted here. The performance of the model is improved by continuously debugging the proportion of the two models.

Finally, the online score after model fusion is 1.82. It can be seen that model fusion can improve the prediction effect of the model.

Model training will only improve the performance of the model to a certain extent, and Feature Engineering determines the upper limit of the model. Mining features with strong correlation with the target value is the key to the victory.

When dealing with variables, the tree based algorithm is not measured based on vector space. The value is only a category symbol, that is, there is no partial order relationship, so it can not be coded alone.

The tree based algorithm does not need feature normalization.

Tree based algorithms are not good at capturing the correlation between different features.

Both LightGBM and XGBoost can learn NaN as part of the data, so they can not deal with missing values.