I posted an article before Ant accelerator brush invitation According to the article, this APP is basically the same as the encryption algorithm of ant accelerator. It is not available for download.

For details such as the introduction to the use of each tool, please refer to their respective documents or Baidu.

1. Using ProxyDroid to solve the problem of missing packages

Open ProxyDroid, fill in the proxy server IP and port according to the example below, and select HTTP as the protocol (even if HTTPS is used, HTTP is also selected) 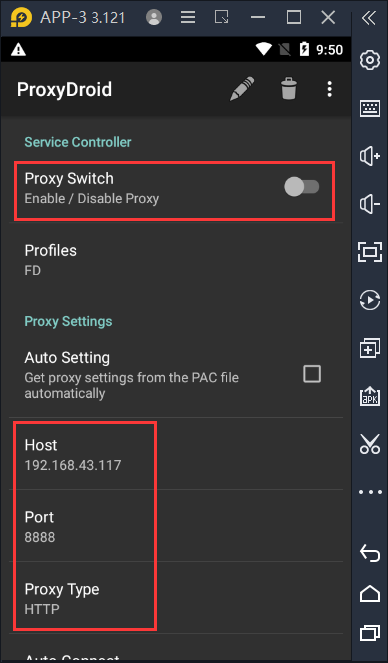 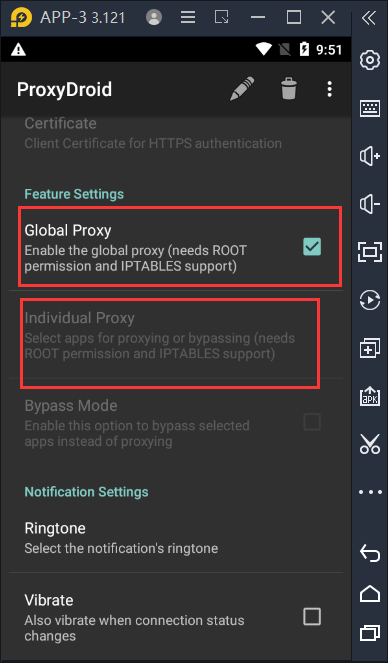 The proxy server IP and port are the agents in Fiddler. The default port is 8888. The IP is the LAN IP. There is an icon shown below in the upper right corner of Fiddler. You can hover over it to display the LAN address, generally 192.168.

Open inspection and select the target APP. The interface is as follows. 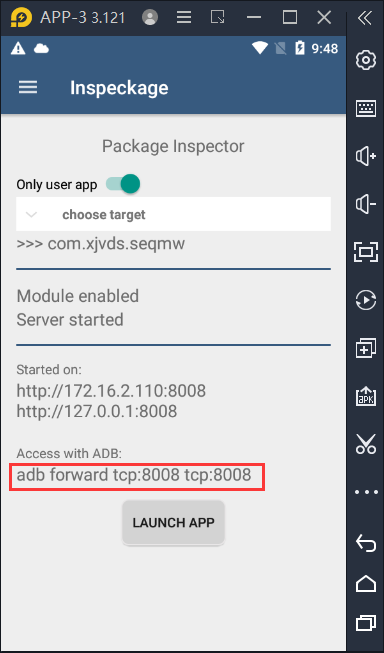 Forward port 8008 to the computer according to the prompt in the figure, that is, open cmd in the simulator running directory, and then enter:

Click on the setting to turn off all unnecessary items, leaving only Crypto and Hash, and turn on automatic refresh. 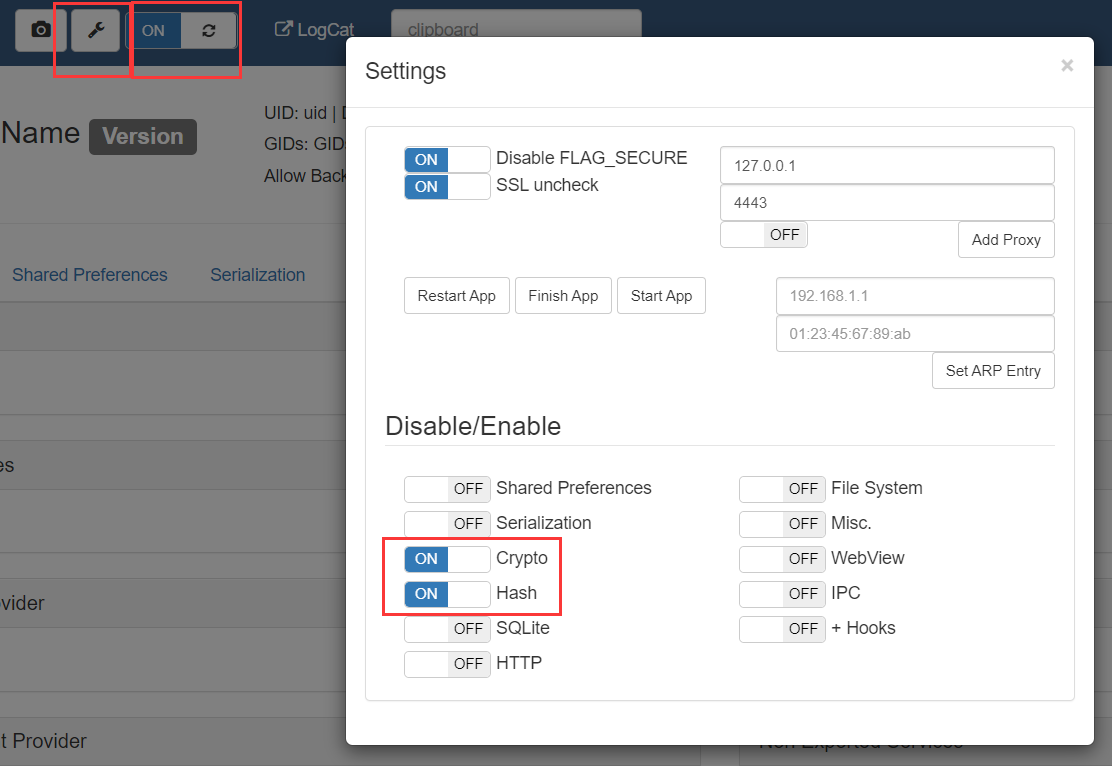 After the tools are configured, open the target APP until the invitation code is successfully bound. (or stop in the open screen advertisement, check the Crypto of inspectage, and turn off the automatic refresh after the results are displayed, because I don't know why the records are automatically cleared here, but there will be a registered package to use just after startup.)

The analysis method is to find the corresponding encryption and decryption input and output in the inspection according to the packet parameters in Fiddler.

The analysis part can end here. There are key, iv, encryption and decryption data template and sign template. You can write code directly.

4. Why is it all speculation?

Seeing this, I wonder how it is all guesses. Can you guess these by direct analysis?

It's hard to guess.

Because the actual analysis process is not so smooth, the intermediate decompilation looked at the source code. At the same time, combined with the experience of analyzing ant accelerator last time, many things can be seen at a glance. The encryption of the two apps is basically the same.

If you really don't understand how to guess, take a look at the previous article Ant accelerator brush invitation There is a decompile analysis part in the article.

Lightning 3, Android 5, is used here because Android 7 is troublesome to install certificates. The green version comes from the website of paidaxing simulator.

At the beginning, grab the package, open Fiddler, set the agent in the simulator, install the certificate and open the APP.

A meal of operation is as fierce as a tiger. There is nothing in the result, and the APP can be opened and used normally. At this time, you can guess that APP disables the agent.

General anti bag grabbing measures shall be understood by yourself. When the packet cannot be caught, if the APP flashes back or cannot access the network, the agent may be detected; If the APP is used normally, the agent should be disabled.

Other tools can be used, such as dragon, Postern and sockdroid. However, I recommend ProxyDroid. The proxy mode is complete and the setting process is simple and clear.

After using the proxy tool, I still didn't catch the package I wanted. Something's wrong. I began to doubt that it's not HTTP protocol. Maybe ws or tcp was used.

There is no clue here, so I can only look at the results of inspection, and then decompile (without shelling) to find the algorithm. I found it for a long time. At this time, you can use frida to get the results, but I still want to try to catch the bag.

After that, they tried to add agents with inspection and socks, but failed.

However, fortunately, the packet is still caught. At this time, the requested packet can be spliced by combining the encryption algorithm and hash found in hook in inspectage. See the above for details.

I still can't figure out why. I hope someone who knows can solve my doubts.