Dynamic diagram! After the code executes send successfully, will the data be sent out?

Today is another day submerged by pouring demand. 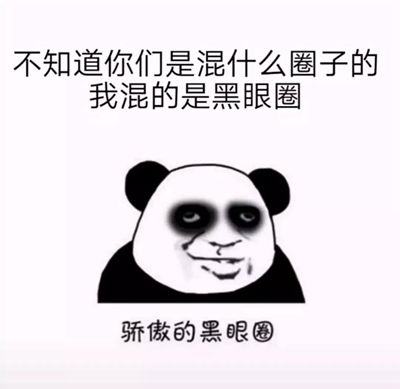 Does anyone know where to sign up for the chicken soup class of "I cut 18 demands for me in three sentences" and want to apply.

The class of "understanding applause" is even more difficult.

Going further, back to our topic today, let's understand the catalogue of this article. 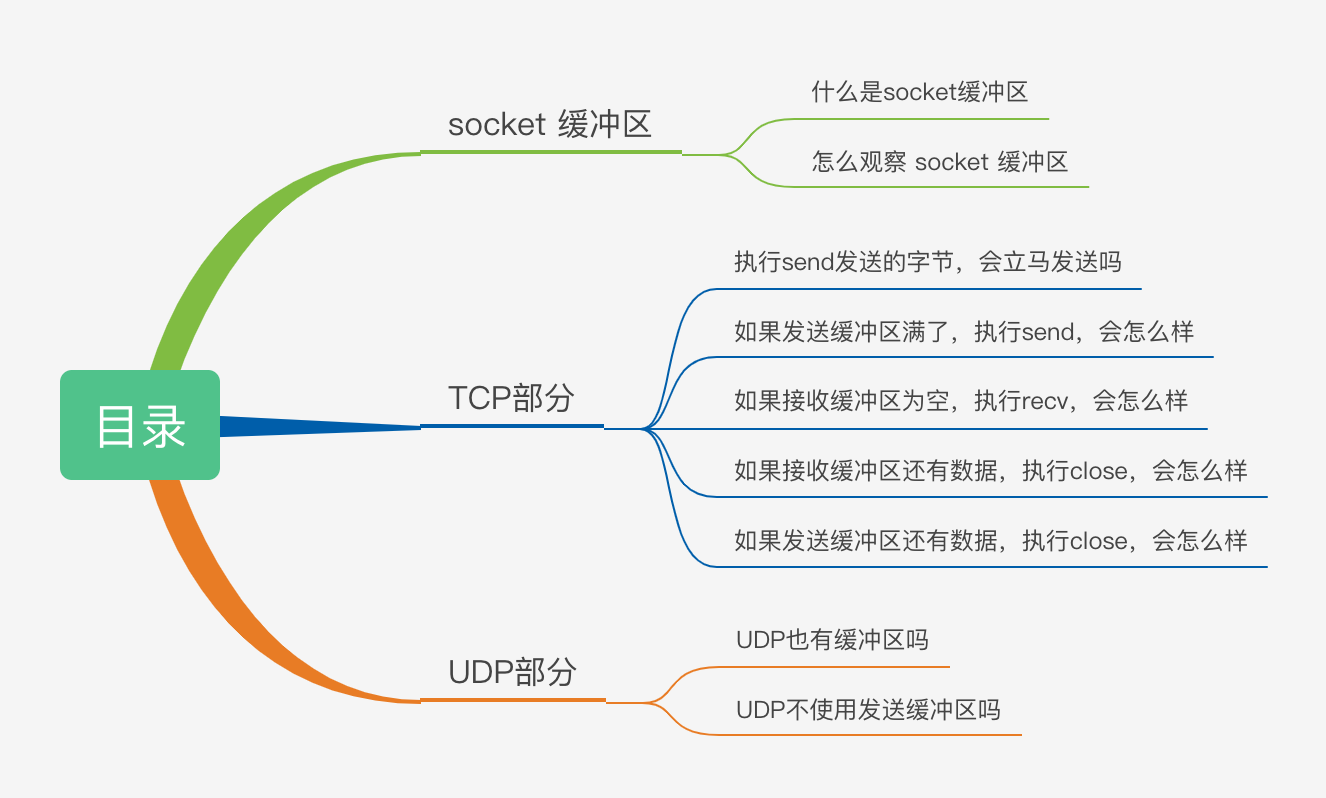 After the code executes send successfully, will the data be sent out?

Before answering this question, you need to know what a Socket buffer is.

What is a socket buffer

When programming, if we want to establish a connection with an IP, we need to call the socket API provided by the operating system.

At the operating system level, socket can be understood as a file.

We can do some method operations on this file.

Using the listen method, you can let the program listen to the connections of other clients as a server.

With connect, you can connect to the server as a client.

Send or write can send data, recv or read can receive data.

After the connection is established, the socket file is like the "agent" of the remote machine. For example, if we want to send something to the remote service, we only need to write to the file. 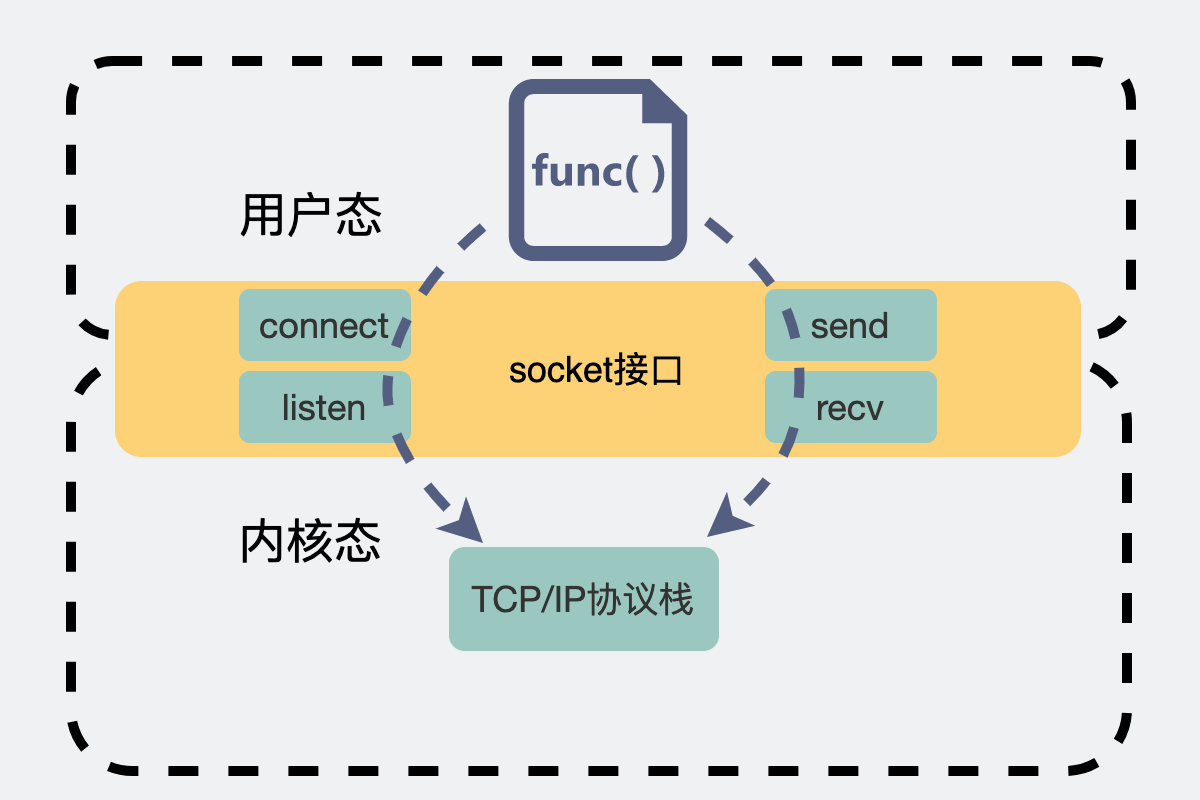 After writing this file, the rest of the sending work is naturally completed by the operating system kernel.

This place is the socket buffer.

When the user sends a message, it is written to the send buffer

When the user receives a message, he writes it to the recv buffer (receive buffer)

In other words, a socket will have two buffers, one for sending and one for receiving. Because this is a first in first out structure, it is sometimes called send and receive queues. 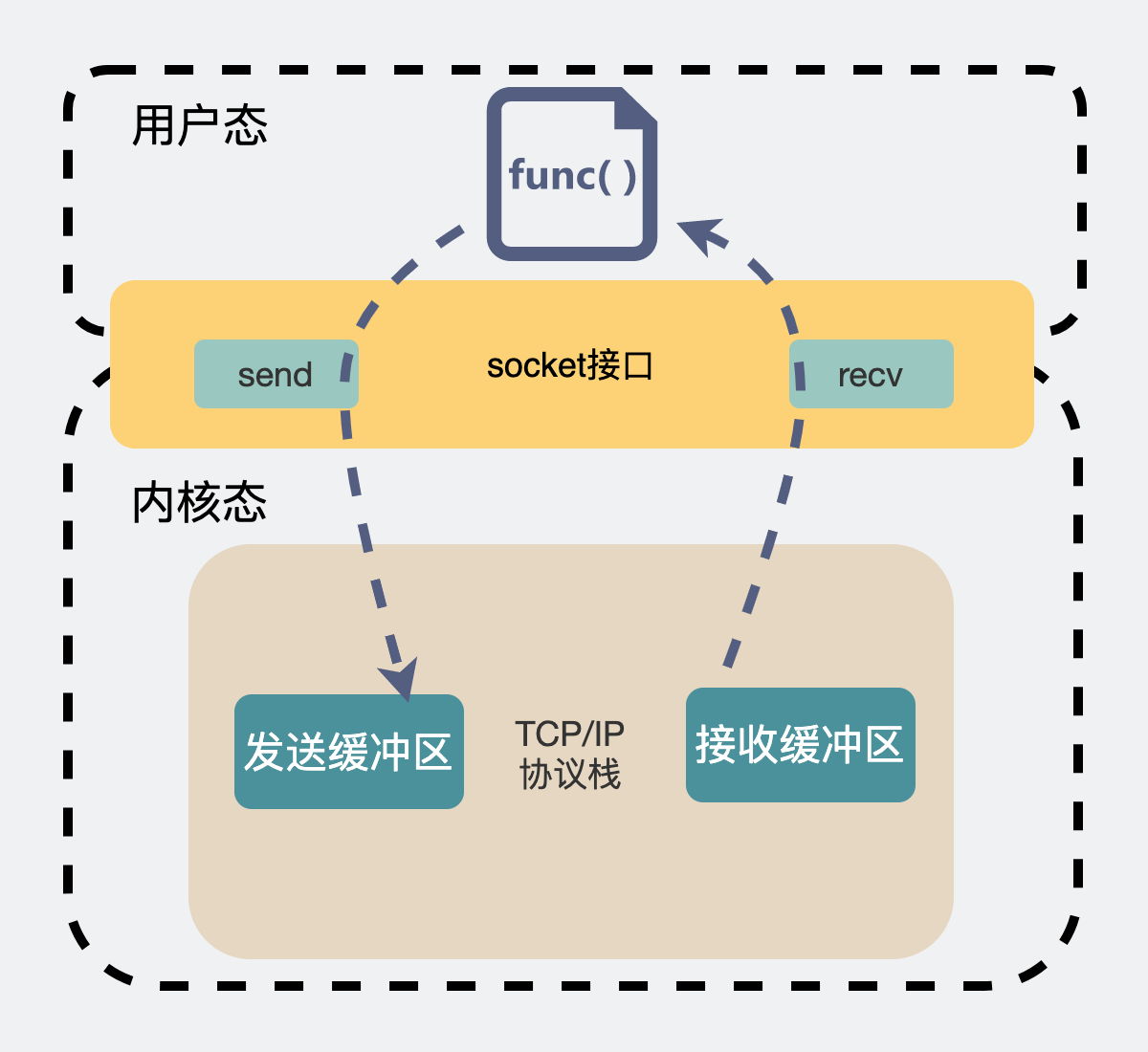 How to observe socket buffer

If you want to view the socket buffer, you can execute the netstat -nt command in the linux environment.

The above shows that there is a connection with the protocol (Proto) type of TCP, as well as the IP information of Local Address and Foreign Address. The State is connected.

In addition, Send-Q is the send buffer. The following number 60 means that 60 bytes are not sent in the send buffer at present. Recv-Q represents the receive buffer, which is empty at this time, and the data is received by the application process.

After establishing a connection using TCP, we usually use send to send data.

The above is a piece of pseudo code, which is only used to show the general logic. After establishing the connection, we will generally execute the send method in the code. Will the message be sent to the opposite machine immediately?


Will the bytes sent by send be sent immediately?

The answer is not sure! After send ing, the data is only copied to the socket buffer. When and how much data will be sent depends on the arrangement of the operating system. 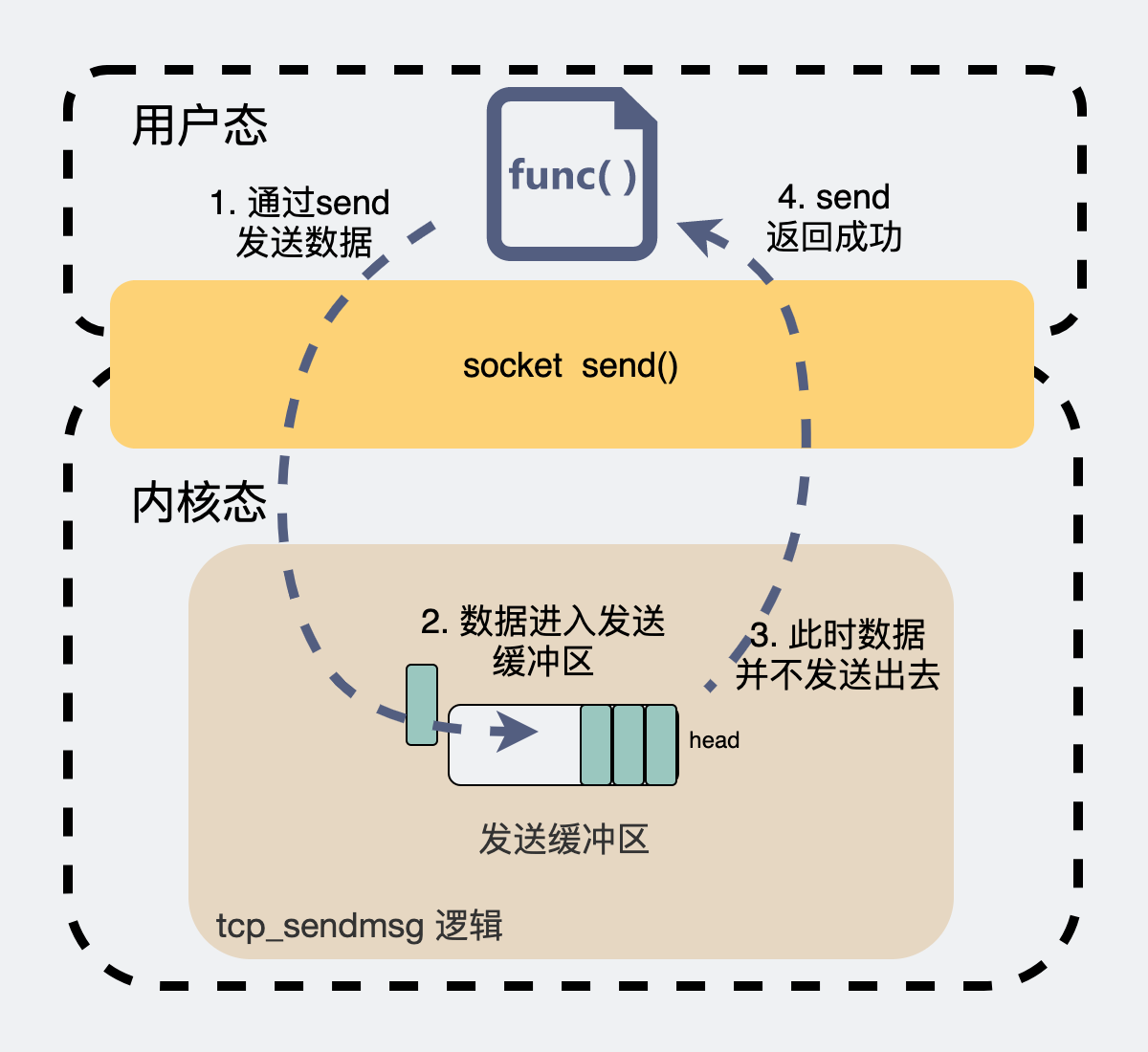 In the user process, the program will enter the kernel state from the user state by operating the socket, and the send method will send the data all the way to the transport layer. After recognizing that it is a TCP protocol, TCP is called_ Sendmsg method.

In TCP_ In sendmsg, the core work is to put the data to be sent into the sending buffer in order, and then judge whether to send data according to the actual situation (such as congestion window). If you do not send data, return directly at this time.


What happens if the buffer is full

In the case mentioned above, there is enough space in the send buffer to copy the data to be sent.

What happens if the send buffer space is insufficient or full and the send is performed?

There are two cases.

First, when creating a socket, you can set whether it is blocking or non blocking.

For example, through the above code, you can set the socket to non blocking (SOCK_NONBLOCK).

When the send buffer is full, if send is also executed to the socket

We can simply look at how the source code is implemented. Or go back to just now_ Sendmsg sending method.

Sk mentioned in it_ stream_ wait_ Memory will decide whether the socket is blocked or not. Wait a while and then return.


What happens if the receive buffer is empty?

The same is true for the receive buffer.

When the receive buffer is empty, if recv is also executed to the socket

Here's a chart to summarize, so that you can save it for the interview. Hahaha.

What happens if there is still data in the socket buffer and the close is executed?

First of all, we should know that under normal circumstances, both the send buffer and the receive buffer should be empty.

If the transmit and receive buffers are not empty for a long time, it indicates that there is data accumulation. This is often due to some network problems or user application layer problems, resulting in abnormal data processing.

Under normal circumstances, if the socket buffer is empty, execute close. It triggers four waves. 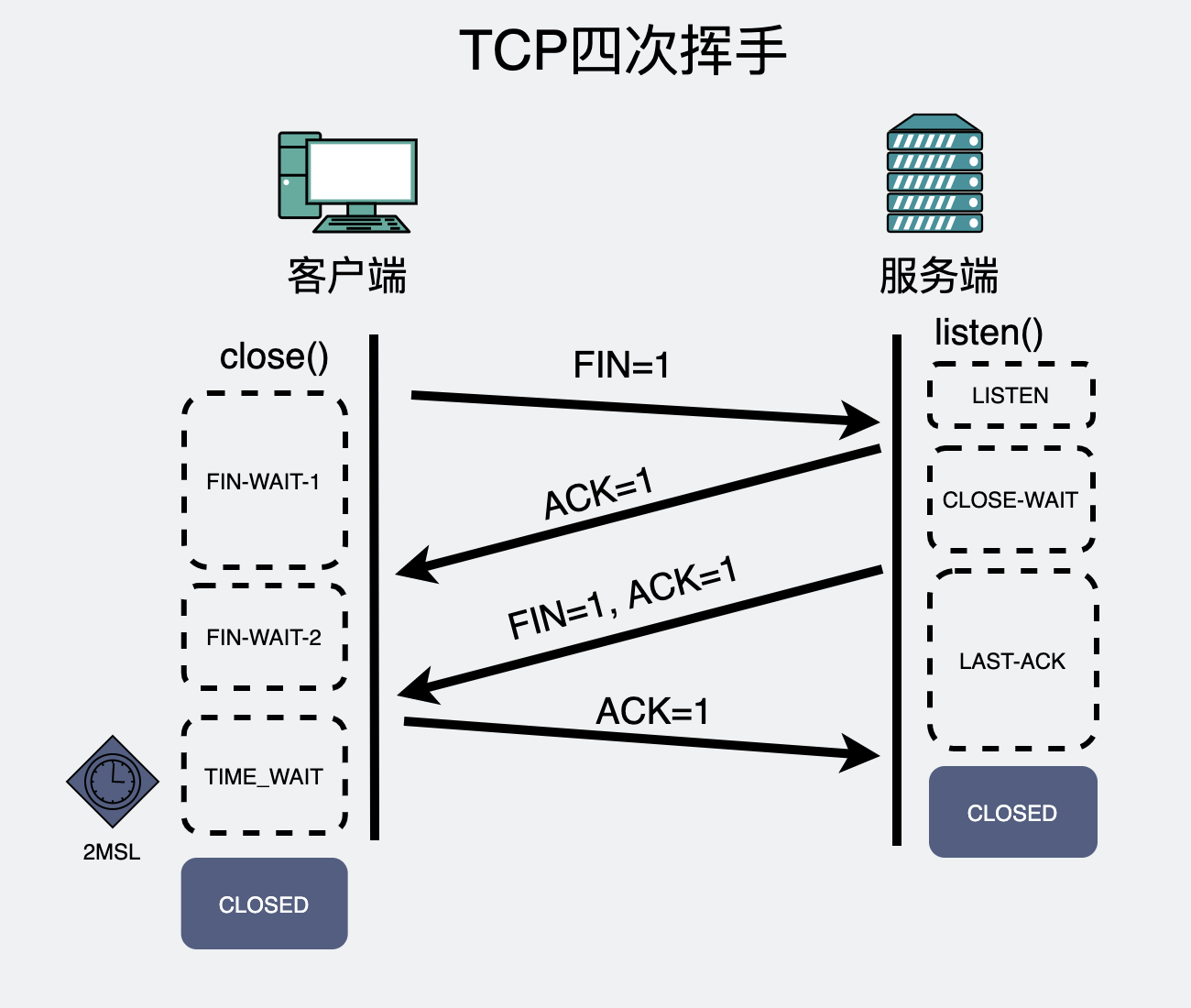 This is also the content of the old eight part essay of the interview. Here we only need to pay attention to the first wave and send FIN.


What happens if close is executed when there is data in the receive buffer?

When the socket is closed, the main logic is TCP_ Implemented in close().

Let's start with the conclusion that there are two main situations in the closing process:

What happens if close is executed when there is data in the send buffer?

Previously, I thought that in this case, the kernel would empty the send buffer data and wave four times.

But this is not the case with the source code.

At this time, some data is not sent out, and the kernel will take out the last data block in the send buffer. Then set to FIN.

The socket buffer is a first in first out queue, which means that the kernel will wait for the TCP layer to send all the data in the sending buffer quietly, and finally execute the first wave (FIN packet) of four waves.

It should be noted that only when the receive buffer is empty can we get to tcp_send_fin() . Only after entering this method can we consider whether the send buffer is empty.

Does UDP also have a buffer

With TCP finished, let's talk about UDP. This pair of good friends are also important protocols in the transport layer. Since TCP has send and receive buffers mentioned earlier, does UDP have?

I used to think.

"Each UDP socket has a receive buffer, but there is no send buffer. Conceptually, it is sent as long as there is data, regardless of whether the other party can receive it correctly, so there is no buffer and there is no need to send a buffer."

Then I found out I was wrong.

UDP socket is also a socket. A socket has two buffers: receive and send. It doesn't matter what agreement you use.

Whether it is used or not is one thing.

Under normal circumstances, the data will be directly copied to the transmission buffer and sent directly.

Another case is to set an MSG when sending data_ Mark of more.

The general meaning is to tell the kernel that there are more messages to be sent together later. Don't worry about sending them first. At this time, the kernel will cache this data with the send buffer first, and then send it together when the application layer says ok later.

We can look at the source code.

So, whether it's MSG or not_ Both more and IP will put the data into the sending queue first, and then consider whether to send it immediately according to the actual situation.

In most cases, we don't use MSG_MORE, that is, send a packet directly when a packet comes. In terms of this behavior, although UDP uses the send buffer, it does not actually play the role of "buffer".

I've only written this article for 20 hours. Painting is just painting vomiting. I get up at 7 o'clock every morning and write for more than an hour before going to work.

Brothers are from their own families. They like it or not. It doesn't matter whether they are watching it or not. Just be happy.

I'm watching and praising something. I don't care very much. Really, really, don't believe it.

No, it really doesn't matter.

I'm a little white with different opinions. I'll see you next time!


Recently, I want to build a group. Considering that many technical groups have been added, we decided to build a chat, fishing and water bucket map group.

Although my technology can't compare with the big guys, I have a lot of expression bags! 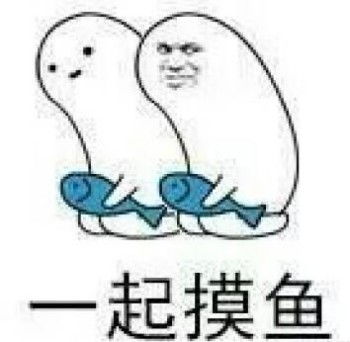 Everyone has a lunch break or gets off work.

You can brush the group occasionally, chat with each other and brag, which is very decompression.

Add me and pull you into the group.

Stop talking, let's choke in the ocean of knowledge