Why use multithreading? How many threads are appropriate to create? What is a thread pool? 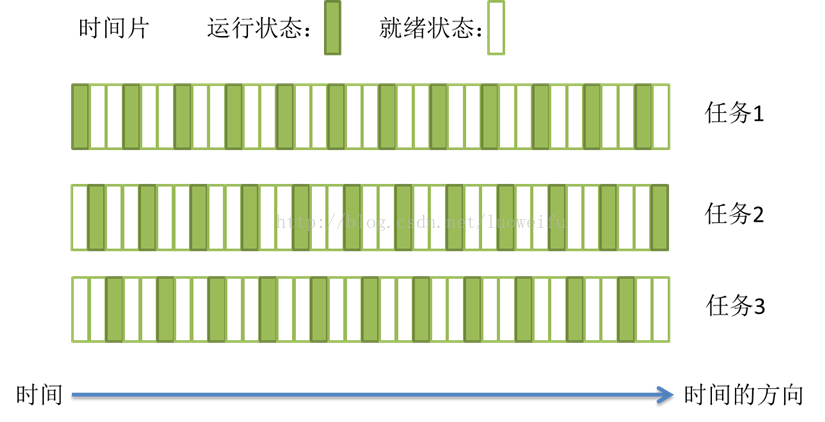 1.2 basic relationship between process and thread

A simple explanation of process and thread
With the development of computer, the requirement of CPU is higher and higher, and the difference between processes** Switching overhead **Larger. So thread was invented. Thread is a single sequential control process in program execution, the smallest unit of program execution flow, and the basic unit of processor scheduling and dispatching. A process can have one or more threads, and each thread shares the memory space of the program (that is, the memory space of the process) 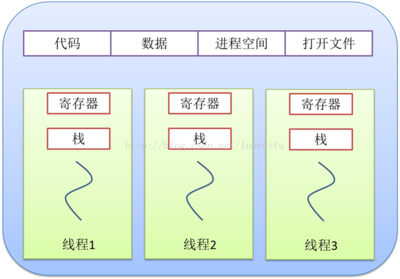 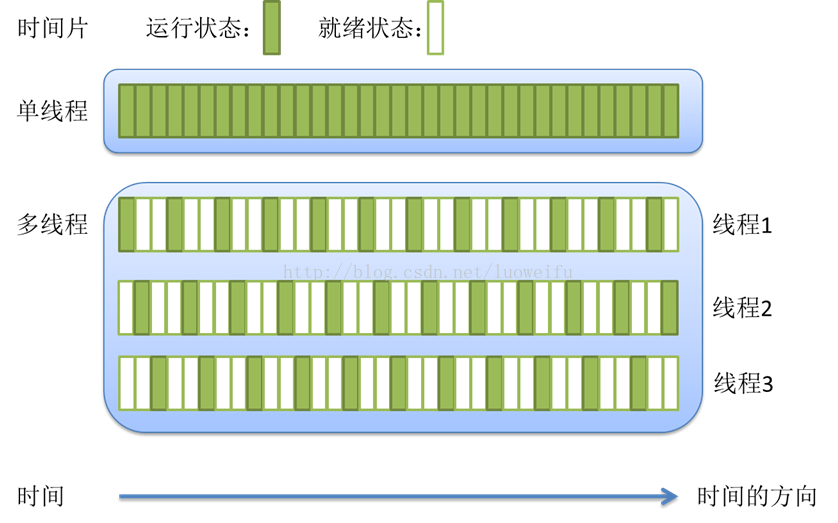 1.3 basic relationship between multithreading and multi-core

2. Hyper threading technology
Using special hardware instructions, a physical chip is simulated into two logic processing cores, so that a single processor can use thread level parallel computing, which is compatible with multi-threaded operating system and software, reduces the idle time of CPU and improves the operation efficiency of CPU. This hyper threading technology (such as dual core four threads) is determined by the processor hardware
3. User thread (LWP):

Multithreading is used for stacking processing, just like a large mound. One bulldozer is very slow, so 10 bulldozers can handle it together. Of course, the speed is faster. However, due to the limitation of location, if there are 20 bulldozers, they will avoid each other, rub each other and crowd each other. Instead, it is not as good as 10. Therefore, multithreading processing, The proper number of threads can improve efficiency.

The specific reasons focus on the following two levels:

2. Characteristics
This kind of task is characterized by low CPU consumption, and most of the time of the task is waiting for IO operation to complete (because the speed of IO is much lower than that of CPU and memory). For IO intensive tasks, the more tasks, the higher CPU efficiency, but there is also a limit.

During I/O operations, the CPU is idle, so we should maximize the use of the CPU and not make it idle. 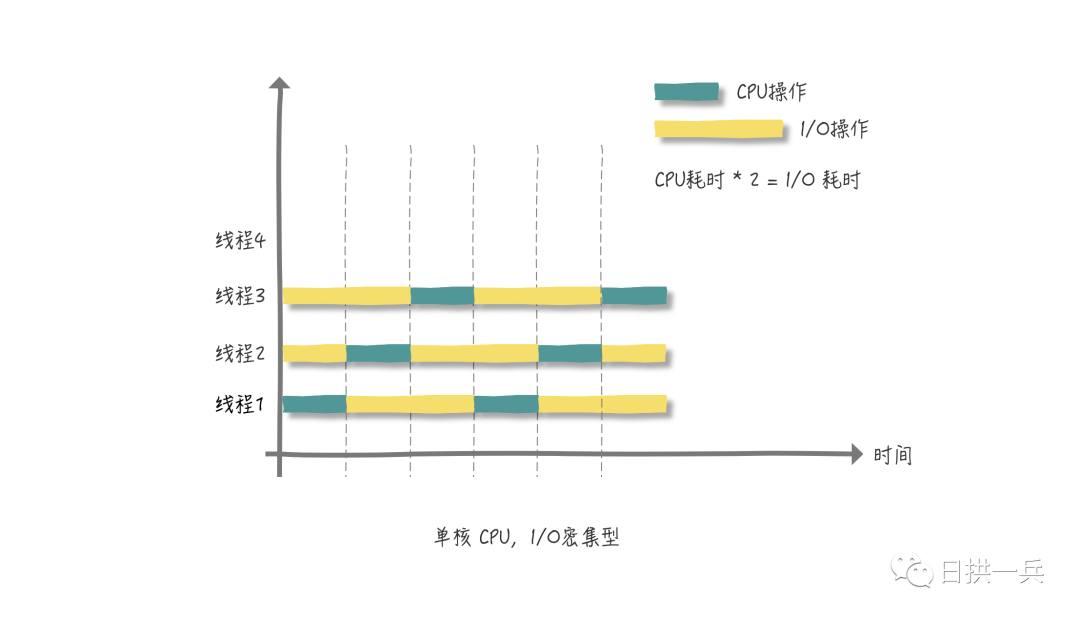 As can be seen from the above figure, each thread executes the same length of CPU time and I/O time. If you draw more cycles in the above figure, the CPU operation time is fixed, and change the I/O operation time to three times the CPU time, you will find that the CPU is free again. At this time, you can continue to maximize the utilization of CPU by creating a new thread 4.

If we want to calculate ， 1 + 2 + The sum of 10 billion} is obviously a CPU intensive program
Under the [single core] CPU, if we create four threads to calculate in segments, that is: 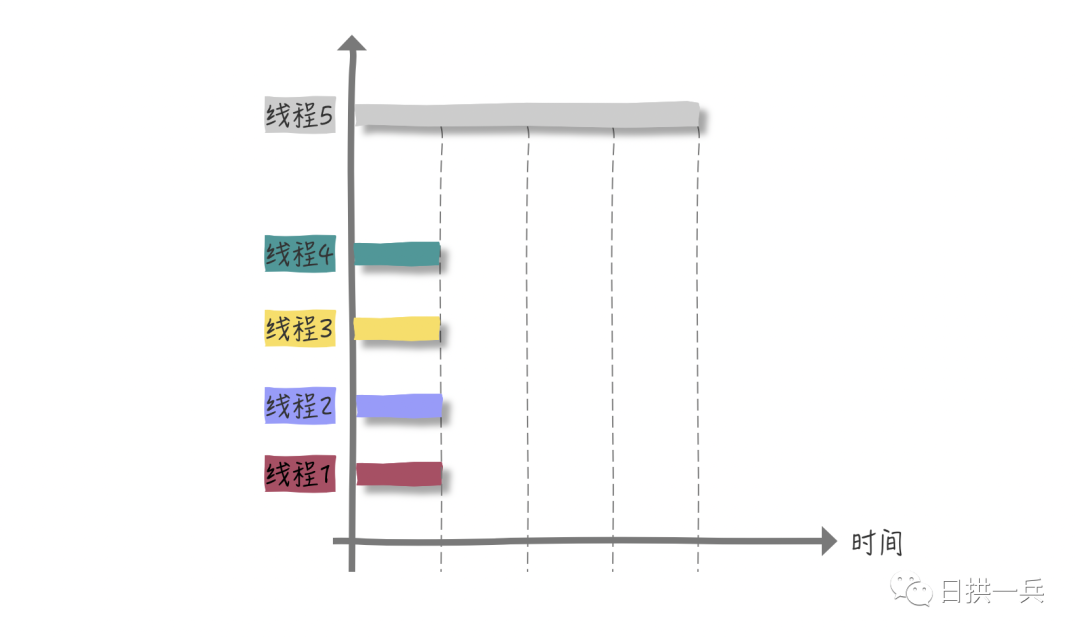 Each thread has a CPU to run. There is no waiting for CPU time slice, and there is no overhead of thread switching. In theory, the efficiency has been increased by four times.

2.2. Is the more threads the better

2.2.1 how many threads are suitable for CPU intensive programs?

Computing (CPU) - intensive threads happen to be suspended at a certain time due to a page error or other reasons, and there happens to be an "extra" thread, which can ensure that the CPU cycle will not interrupt in this case.

Therefore, for CPU intensive programs, the number of CPU cores (logic) + 1 thread number is the reason for the better empirical value

2.2.2 how many threads are appropriate for I/O-Intensive programs?

To calculate I/O-Intensive programs, you need to know the CPU utilization. If I don't know these, how can I give an initial value?

According to the above formula, if it is almost all I/O time-consuming, you can say 2N (N=CPU core number) in pure theory. Of course, there are also 2N + 1 (I guess this 1 is also backup)

2.2.3 can the problem be solved by increasing the number of CPU cores?

This conclusion tells us that if our serial rate is 5%, no matter what technology we use, the maximum performance can only be improved by 20 times.
How to understand the serial percentage simply and roughly (in fact, this result can be obtained through tools)? Take a look at a small Tips:

3. What is Thread pool

In the traditional multithreading scheme, the server model we adopt is to create a new thread once the request is received, and the thread will execute the task. After the task is executed, the thread exits. This is the * * create immediately, destroy immediately * * strategy. Although the time of creating a thread has been greatly shortened compared with that of creating a process, if the task submitted to the thread has a short execution time and the execution times are extremely frequent, the server will be in the state of constantly creating and destroying threads.
We divide the thread execution process in the traditional scheme into three processes: T1, T2 and T3. 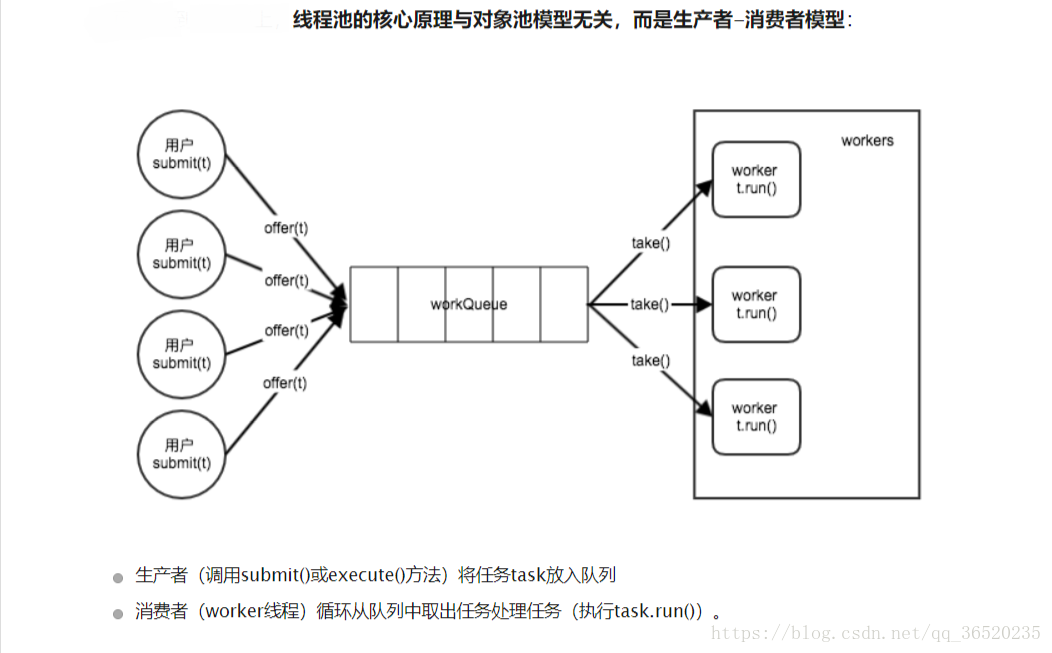 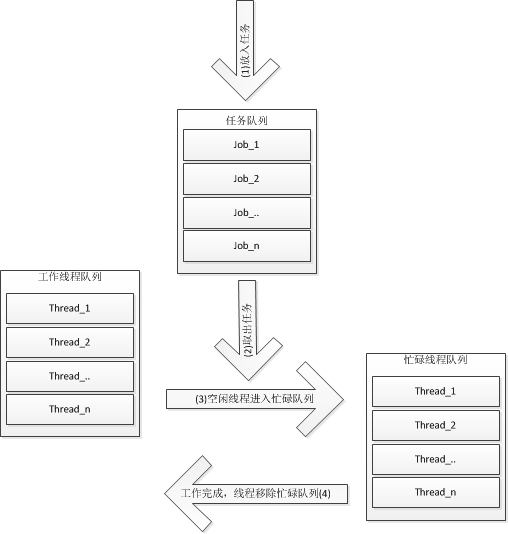 Based on the producer consumer model, we can get that the thread pool is roughly composed of the following parts:
1. Producer: generate a task and add it to the task queue (addTask);
2. task queue: container for storing tasks
3. Consumer: take out tasks from the task queue for consumption (threadRoutine).
4. Because it involves task queue and resource competition, mutual exclusion is adopted here( mutex )And condition_variable Complete the mutual exclusion of resources and the communication task of threads

The specific execution logic is as follows: 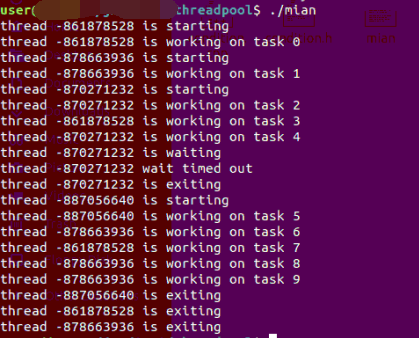 (73 messages) why use multithreading? How many threads are appropriate to create? What is a thread pool_ JMW1407 blog - CSDN blog_ Why multithreading