Ali II: how to solve the problem of a large number of timeout of external interfaces, dragging down the whole system and causing an avalanche? Fuse

Internet plus era, business digitization has spread to every industry you can think of. There are more and more business functions and marketing methods, and the system is more and more complex.

In the face of increasingly complex business systems, the brain is less and less used 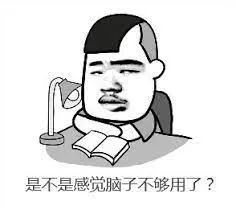 Based on the principle of "simplifying complex things", we split a large system into several subsystems. Each subsystem has a single responsibility and carries the business construction of a sub domain according to the design concept of DDD.

Therefore, people can focus their energy and concentrate on the in-depth construction of a business point.

Multiple microservice systems are connected in series through RPC} framework (such as dubbo, spring cloud, gRPC, etc.), but with the increasing demand, it is found that the stability between services becomes more and more important 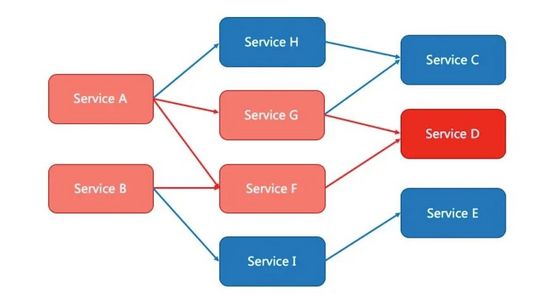 Fusing is actually to restrict the call of a resource when it is in an unstable state in the call link (such as call timeout or abnormal proportion increase), so as to make the request fail quickly and avoid affecting other resources and causing cascading errors.

When a resource is downgraded, calls to the resource will automatically fuse in the next "downgrade time window" (the default is to throw a "BlockException")

At present, there are many fuse frames on the market, such as Sentinel, Hystrix, Resilience4j# and so on. The design concepts of these frames are the same.

This article focuses on how Sentinel is used in the project

Sentinel (traffic guard of distributed system) is a comprehensive solution for service fault tolerance opened by Alibaba. Taking traffic as the starting point, it protects the stability of service from multiple dimensions such as traffic control, fuse degradation, system load protection, etc.

The core is divided into two parts:

1. Core library (Java client): it can run in all Java environments and has good support for Dubbo, Spring Cloud and other frameworks.

2. Dashboard: it is developed based on Spring Boot and can be run directly after packaging.

After downloading the Jar package, open the terminal and run the command

The default user and password are sentinel. After successful login, the interface is as follows. Let's have an intuitive experience first 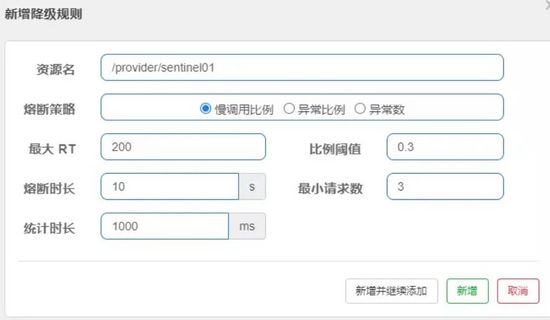 This indicates the proportion of {slow calls selected by the fusing policy. If the response time exceeds 200 milliseconds, it will be marked as a slow request. If the proportion of slow requests exceeds 30% and the number exceeds 3 within a statistical cycle of 1000 ms (which can be adjusted by itself), the subsequent requests will be fused for 10 seconds and return to normal after 10 seconds.

Through the above two layers, you can make the Sentinel framework more humanized and experience better.

Note: annotated development needs to be added to the method, and the scope is relatively fixed. In the actual combat of the following projects, we can also adopt the form of "display", which can flexibly delineate the scope of code blocks.

We have a project here. Considering the deployment cost of customers, we want to make a lightweight scheme. The requirements are as follows:

1. We passed the proxy Newproxyinstance creates proxy subclasses for all interfaces

2. All method calls to proxy subclasses are collapsed into InvocationHandler

3. Let's splice the class name and method name, and then go to the "rule table" to query to see whether the rules are configured

4. If not, follow the normal rule to call the logic remotely

5. If so, bring the remote call logic into Sentinel's monitoring jurisdiction

6. If the circuit breaker mechanism is triggered, a BlockException will be thrown directly, and the upper layer business intercepts the exception for special processing, such as giving users more appropriate copywriting tips under modification. 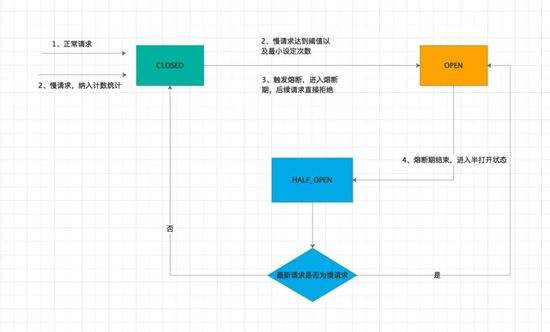 Due to abandoning the deployment console, we can only manage the attribute values of the rule by ourselves. You can develop pages to manage these rules according to the internal management background style of the enterprise.

Of course, in the early days, you can manually initialize data in the database table in a simpler way. If you want to adjust the rules, go to SQL revision.

In order to perceive the change of rule table data in real time as much as possible, a timed task is developed, which runs every 10 seconds.

Considering that the frequency of rule changes will not be very high, it is not necessary to use degraderulemanager every time Loadrules: reload rules. Here's a trick

Serialize the query rule content {JSON}, and then calculate its md5 summary. If the last result is consistent, it indicates that there is no change during this period. return directly without processing.

Define subclasses and implement the InvocationHandler interface. Via proxy Newproxyinstance creates a proxy subclass for the target interface.

In this way, every time you call the interface method, you are actually calling the invoke method