spring is a framework, a container and an ecosystem!. 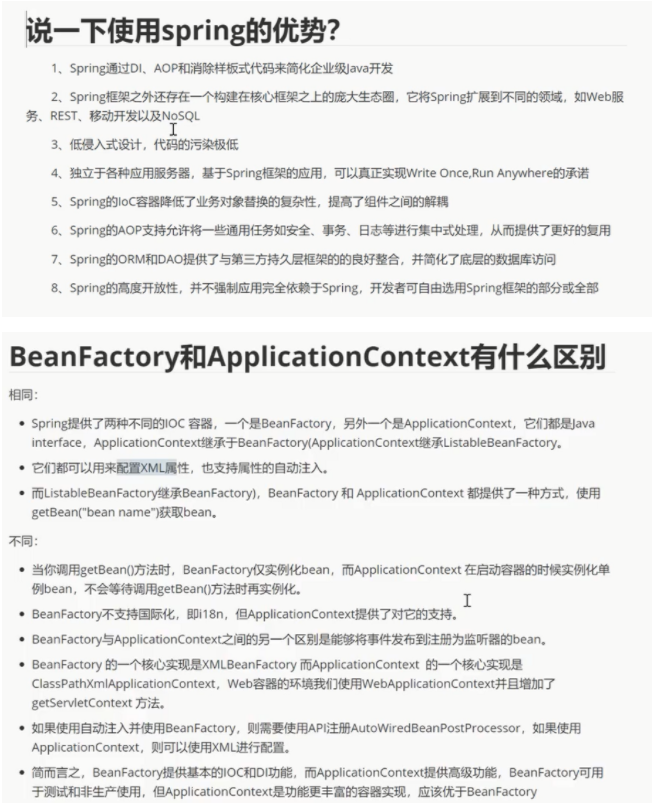 spring is singleton by default and supports circular reference. When changing to multiple instances, it is not supported. scope=“prototype” 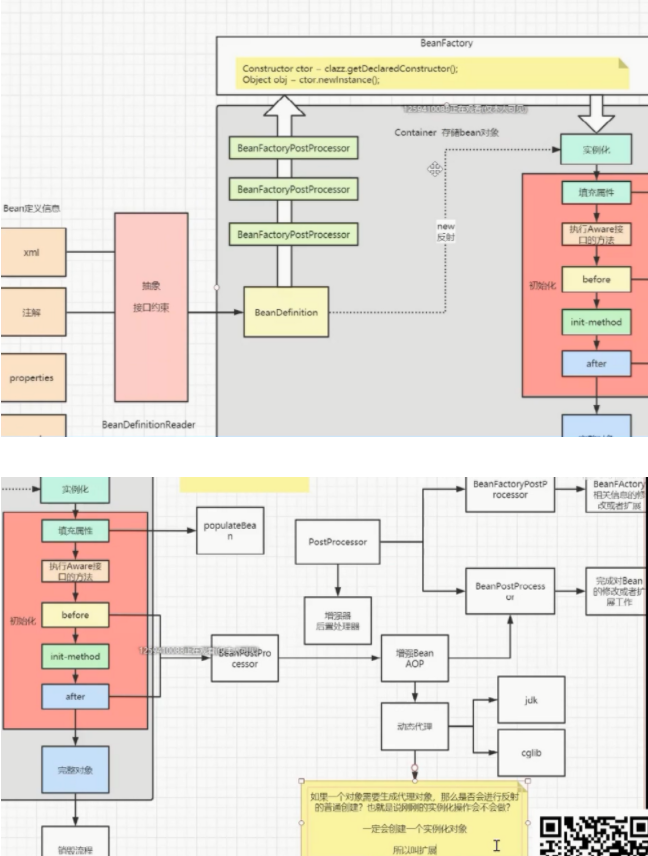 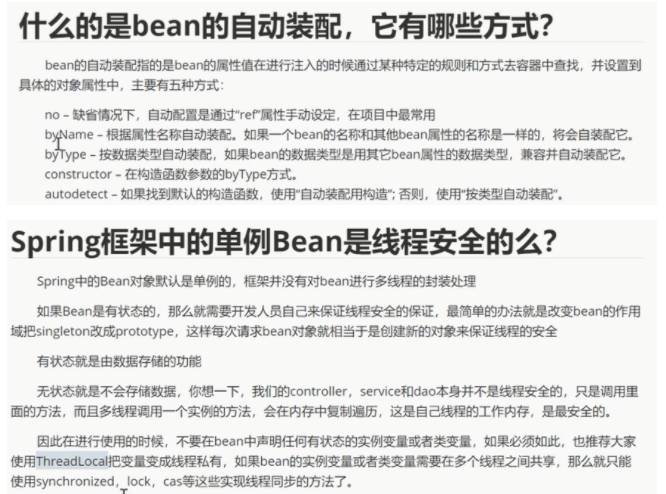 First, go to the spring container and find all faceted bean s to see if the current object has a pointcut execution. 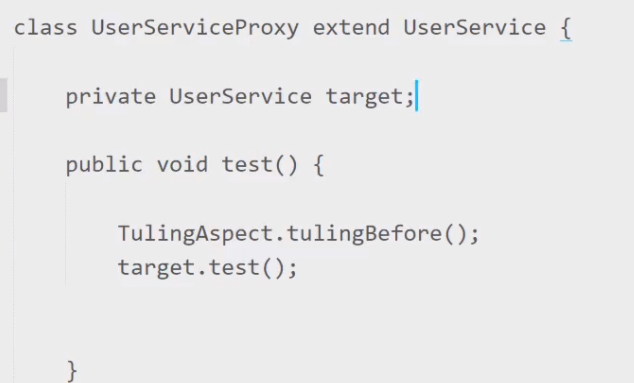 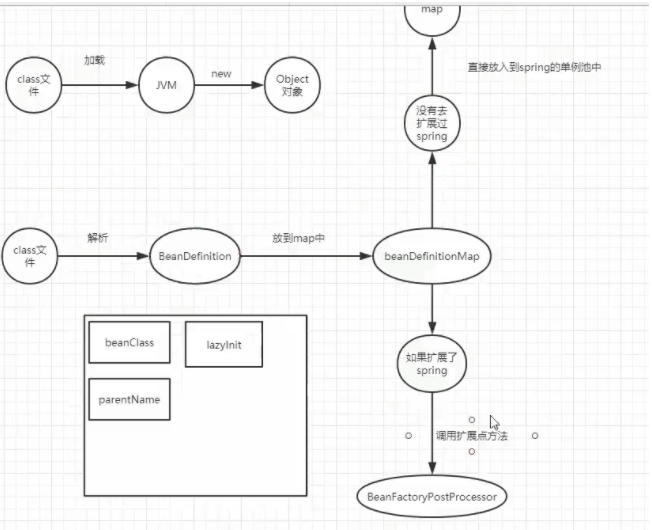 In singleton mode: first create two objects, and then use the set method to inject attributes

In multi instance mode: when creating A, judge whether there is A dependency. If there is, do not create A first, create B object first, and judge when creating B.. So it can't be created. spring does not solve the problem of circular dependency because the bean object is recreated in the mode of multiple instances and the cache is not used.

To turn off circular dependencies:

lambda expressions and functional interfaces are stored in the three-level cache. lambda will be executed only when circular dependency is generated, otherwise it will not be executed.

1. singletonObjects: cache a bean corresponding to a bean name that has passed through the full life cycle

2. earlySingletonObjects: cache the proxy object obtained after AOP of the original object in advance. The original object has not been subject to attribute injection and subsequent life cycles such as BeanPostProcessor. Avoid repeatedly creating dynamic agents (when there is AOP) when there are multiple circular dependencies

3. singletonFactories: the cache is an ObjectFactory, which is mainly used to generate the proxy objects obtained from the original objects after AOP. During the generation of each bean, a factory will be exposed in advance. This factory may or may not be used. If there is no circular dependency on this bean, this factory will be useless, This bean is executed according to its own life cycle. After execution, it can be directly put into singletonObjects. If there is a circular dependency on this bean, the other bean will execute ObjectFactory to submit a proxy object after AOP (if there is AOP, if there is no need for AOP, it will directly get an original object).

4. In fact, there is also a cache, earlyProxyReferences, which is used to record whether an original object has been AOP. 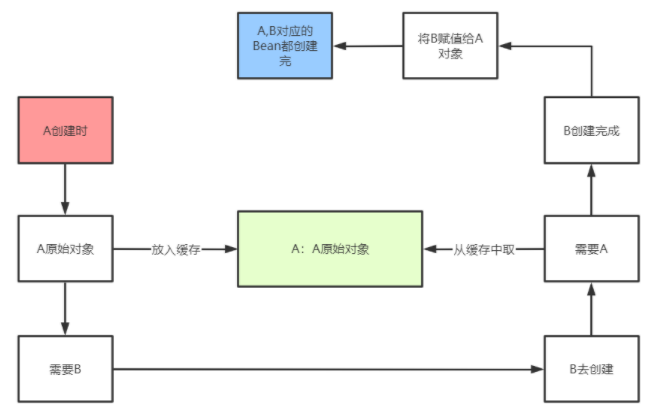 Control inversion is used to reduce the coupling between codes. The implementation is based on the factory design pattern

It controls the right of object creation. The original object was created by programmer new, and now it is created by spring.

BeanFactory is a top-level interface. Its main responsibility is to produce beans and realize the design pattern of a simple factory. The most powerful factory is DefaultListableBeanFactory

Principle: dynamic agent. It is used to extract and encapsulate the code of public behavior and logic that has nothing to do with business but has an impact on multiple objects into a reusable module. As section 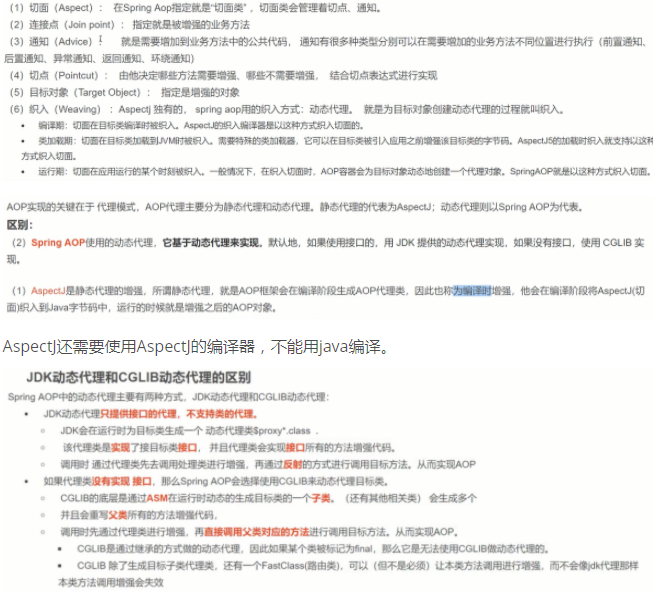 During AOP, internal calls to other methods of the current class will lead to AOP invalidation. That is, when method B is called inside method A, method B will not be enhanced. Solution: 1 Inject the dynamic proxy objects manually. 2. Expose that the proxy object @ EnableAspectJAutoProxy(exposeProxy = true) exists in the local thread ThreadLocal in the thread. When calling internally, aopcontext currentProxy(). 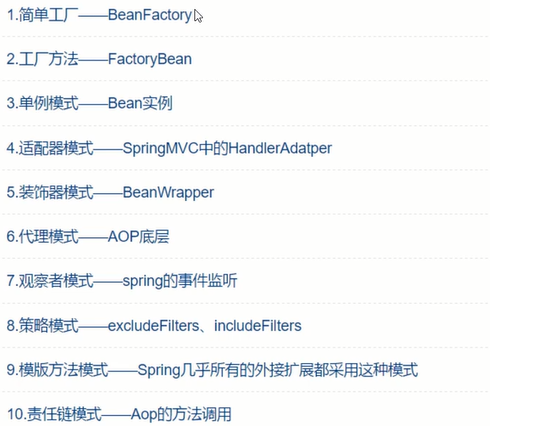