Hello, dear friends, Yien is seeing you again. Unlike the general introduction articles on the Internet, which only stay at the level of "how to use", this article understands gradle from the perspective of source code. 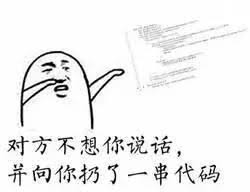 We also talked about the concept of Lifecycle when we talked about Project in the last article. In this article, we will briefly talk about it as an introduction.

As stated on the official website, the gradle construction process consists of three stages:

Initialization phase: in this phase, Settings Gradle is the protagonist. Gradle will put Settings The configuration in gradle is delegated to the Settings class. It is mainly responsible for determining which modules need to participate in the construction, and then initializing their delegate object Project according to the Settings of these modules. Note that Project objects are generated during the initialization phase.

It is worth mentioning that we can monitor and process the project construction phase in a variety of ways. as

So how can we use this build process? We can monitor or dynamically control the construction and execution of project s and tasks as needed. For example, in order to speed up compilation, we remove some test tasks. It can be written like this

Extension and Plugin are often mentioned in our daily development. In the last article, we talked about build All closures in gradle have a Delegate proxy. The proxy object can accept the parameters in the closure and pass them to itself for use. What is the proxy? In fact, it is the extension we want to talk about here.

This thing. This is the plug-in of Android Application. Android related extensions are defined in this plug-in. Some students may not understand the plug-in very well and why they need it. In fact, you can think about it. Gradle is just a general construction tool. There may be various applications on its upper layer, such as java, Android and even Hongmeng in the future. Then these applications will certainly have different extensions to gradle, and they certainly can't put these extensions directly in gradle. Therefore, adding plug-ins at the upper level is a good choice. You can choose whatever plug-ins you need. There are three common plug-ins in Android Development:

Other knowledge of plug-ins is not the focus of this article. There are many articles on this aspect on the Internet. You can learn by yourself. Based on our current knowledge, we are going to explore gradle's deeper knowledge.

Up to now, we have basically passed the processes related to gradle construction in these two articles. But there is a very important component that we didn't analyze. Is dependent management. As we mentioned in the previous article, dependency management is a very important feature of gradle, which is convenient for code reuse. So this part is devoted to how dependency management is realized.

We can see that there are generally three types of third-party libraries. The first is binary files, and fileTree points to all jar files in this folder. The second is the string coordinate form of the third-party library, and the third is the form of project. Of course, we will also know that there are differences between implementation and api references in the code. The dependency of implementation cannot be passed, but the api can.

In our previous research and development, we may not consider the deep-seated reasons for these three types of third-party libraries and two reference methods. When we look for the implementation, API and other related methods in the DependencyHandler according to the proxy mode mentioned in the previous article, we find that these methods do not seem to be defined, so what's the matter? If there is no definition, can you define a reference method at will? With questions, let's look down

First of all, let's introduce the way to read the gradle source code. I tried many ways, found that Android studio is the most comfortable to read, and then found a way. You can build a demo of gradle, and then build a module, except build Delete everything except gradle. Then copy the following code in. So you can see the source code

First, let's introduce a feature of groovy language: Method missing. You can refer to the official website. In short, when we define a methodmissing method in a class in advance. Then, when a method that has not been defined before is called on the object of this class, the method will fall back to the methodmissing method defined by it.

As shown in the figure, when we call methodA, because the method is not defined, we will go to the methodmissing method, and pass the name of the method methodA and its parameters to methodmissing, so that if methodA is defined in the dynamic method, the method can be executed. This is how methodmissing works.

Why is this mechanism needed? I understand this is for scalability. dependencies is the function of gradle itself. It cannot completely summarize the possible reference methods of all upper-level applications. Each plug-in may add references. In order to be extensible, this feature of methodmissing must be adopted and these references must be handled by the plug-in. For example, Android's implementation, API, annotation processor, etc.

Before going to the following explanation, let's first understand some knowledge of Configuration.
According to the official website:

Every dependency declared for a Gradle project applies to a specific
scope. For example some dependencies should be used for compiling
source code whereas others only need to be available at runtime.
Gradle represents the scope of a dependency with the help of a
Configuration. Every configuration can be identified by a unique name.

gradle uses the MethodMixIn interface to implement the capability of methodmissing.

You can see that the methodmissing here is mainly to return a MethodAccess when the method cannot be found. In MethodAccess, you can judge whether it exists and execute the method dynamically.

So it actually returns a dynamic adddependencymethods to judge. Then there is no doubt that we should judge and execute specific methods in this class. Next, let's look at how it is handled in this class.

What does this operation do? If we continue to follow, we will find that the doAdd method of DefaultDependencyHandler is actually called.

Some friends here may wonder why they have to judge dependency notification? This is mainly to deal with nesting. For example, reference of implementation project(path: 'projectA', configuration: 'configuration'). If you are interested, please check the collectionutils Flattencollections (arguments) method.

To sum up, this process is to use gradle's MethodMixIn interface to transfer all undefined reference methods to getAdditionalMethods method, judge whether Configuration exists in this method, and generate Dependency if it exists.

You can see that at the end of the above process, DefaultDependencyHandler calls the Create method to create a Dependency. Let's continue to analyze the process of creating a Dependency.

From there, we can see three classes: FileCollection, Project and ClassPathNotation. Does it feel that they correspond to our three forms of tripartite library resources? In fact, the analysis of these three resource forms is carried out with these three classes. DependencyNotationParser integrates these converters into a comprehensive converter. Among them, 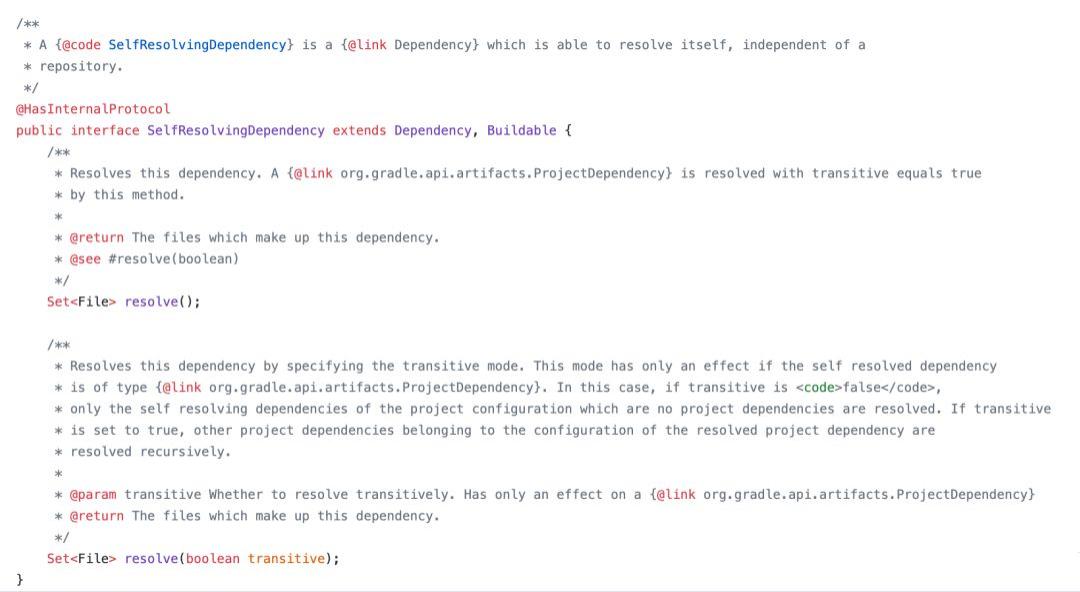 Next, let's talk about Project dependency A common Project reference is as follows:

We already know that the implementation here is an extension added by the plug-in, not included in gradle. What about project? This is what gradle comes with. delegate is the project method of DependencyHandler.

You can see here that you have understood different dependency resolution methods, but you may still not understand what dependency is. In fact, the dependency library does not rely on the source code of the third-party library, but the product of the third-party library, which is generated through A series of Task execution. In other words, if projectA depends on projectB, then A has the ownership of B's products. We will introduce the products later. First, let's know what support Configuration has for the product. When we look at the code of Configuration, we can find that it inherits the FileCollection interface, and the FileCollection inherits the Buildable interface. What's the use of this interface? It's very useful. First look at the official website

Buildable represents the product of many Task object generation. There is only one way in it.

Let's look at the implementation of DefaultProjectDependency.

In this section, we analyze the differences between different dependency methods, tell you what Configuration is and how dependency works. In this way, we can better know why in daily development. To sum up, that is

So what is the relationship between Task and product? This involves a deeper level. This article is limited in length. Let's analyze it in the next article.

This article is mainly introduced from Extension and Plugin. It mainly explains the principle and analysis mechanism of gradle dependency, and then throws a question: how are product Artifacts related to dependency? We'll answer this question later in the next article "an article goes deep into gradle (Part 2): Artifacts"