Not to mention what the method is, let's look at the code and analyze where the program has shortcomings and how to improve it.

The syntax format of defining / declaring methods is shown in the figure: 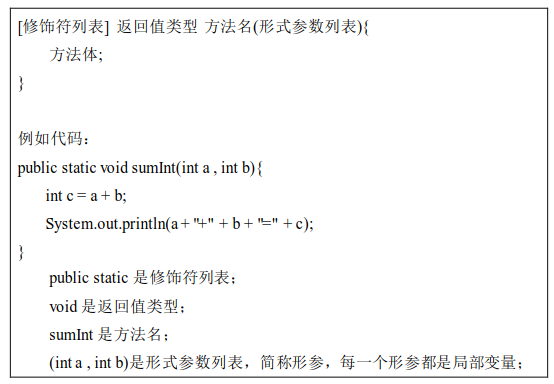 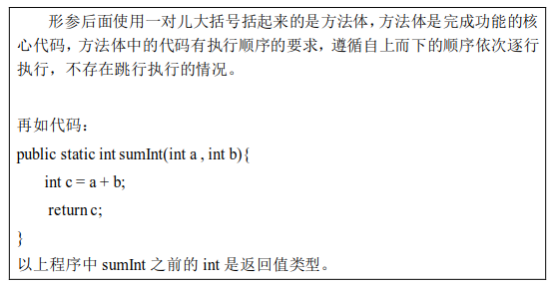 Each method is to complete a specific function, such as login function and summation function. Since it is a function, there will be a result in most cases after the function is completed, such as login success or failure (true/false), and the final result after summation is 100 or 200, etc. 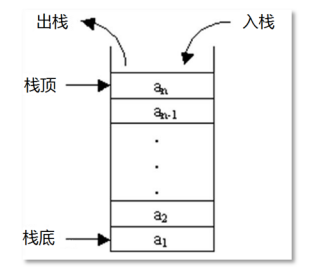 Stack, which is a linear table with limited operation. The limitation is that insertion and deletion operations are only allowed at one end of the table. This end is called the top of the stack, and the other end is called the bottom of the stack. Inserting a new element into a stack is also called stack entry, stack entry or push. It puts the new element above the top element of the stack to make it a new top element; Deleting an element from a stack is also called out of stack, out of stack or pop. It deletes the top element of the stack and makes its adjacent elements become new top elements. 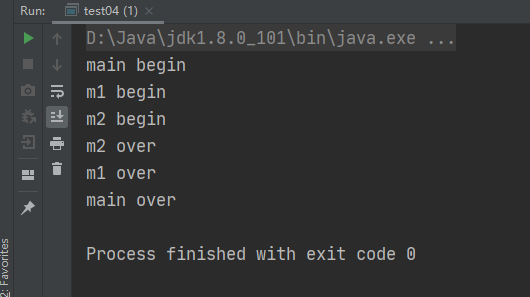 Constructor is a special method of a class, which is used to initialize a new object of the class and is called automatically after the object (new operator) is created. Each class in Java has a default constructor and can have more than one constructor.

Method recursion means that the method calls itself.

java.lang.StackOverflowError. This error is a stack memory overflow error. After the error occurs, the JVM exits and the program ends. In fact, the above code calls the m() method during the execution of the m() method, and the method itself calls itself, which is the method recursive call.