In the traditional system, if the log output can be provided, it can basically meet the requirements. However, once the system is divided into two or more systems, plus load balancing, the call link becomes complex.

Especially in the direction of further evolution towards micro services, if there is no reasonable planning of logs and link tracking, it will become extremely difficult to troubleshoot logs.

For example, for systems A, B and C, the calling link is A - > b - > C. if each set of services is dual active, the calling path has three possibilities of 2. If there are more systems and more services, the call link will grow exponentially.

Therefore, whether it is a few simple internal service calls or a complex microservice system, it needs a mechanism to realize the link tracking of logs. Let your systematic log output have formal beauty and harmonious rhythm like poetry.

In fact, there are many ready-made frameworks for log tracking, such as Sleuth, Zipkin and other components. But this is not the focus we want to talk about. This paper focuses on handwritten implementation of a simple log call link tracking function based on Spring Boot and LogBack. Based on this implementation pattern, you can implement it more finely.

Spring Boot itself has built-in logging function. Here, the logback logging framework is used and the output results are formatted. Let's take a look at the built-in integration of SpringBoot with logback. The dependencies are as follows. When the project introduces:

The required logback package is really introduced into logging:

Then, in logback spring Configure log output in XML. Instead of pasting all the codes here, only the relevant log output format is pasted. Take console output as an example:

In the expression of value attribute, we added a custom variable value requestId, which is displayed in the form of "[% X{requestId}]".

This requestId is the unique identifier we use to track the log. If a request uses the same requestId from beginning to end, the whole request link can be connected in series. If the system is also based on EKL and other log collection tools for unified collection, it is more convenient to view the call link of the whole log.

So how does the requestId variable come from and where is it stored? To understand this, let's first understand the MDC function provided by the logging framework.

MDC(Mapped Diagnostic Contexts) is a thread safe container for storing diagnostic logs. MDC is a tool class provided by slf4j to adapt to other specific log implementation packages. At present, only logback and log4j support this function.

MDC is thread independent and thread safe. Generally, both HTTP and RPC requests are completed in their own independent threads, which is in good agreement with the mechanism of MDC.

Take a look at the code in one of the implementation classes of the interface MDCAdapter, BasicMDCAdapter:

From the source code, we can see that there is an instance of InheritableThreadLocal in which the context data is saved through HashMap.

In addition, MDC provides several core interfaces such as put/get/clear to operate the data stored in ThreadLocal. And in logback XML, you can obtain the data stored in MDC by declaring "% X{requestId}" in layout, and print this information.

Based on these characteristics of MDC, it is often used for log link tracking, dynamic configuration of user-defined information (such as requestId, sessionId, etc.).

After understanding some basic principles above, let's take a look at how to realize log tracking based on MDC function of log framework.

First, define some tool classes. It is strongly recommended that you implement some operations in the form of tool classes, which is a part of writing elegant code and avoiding the need to change everything in the later modification.

The generation class of TraceID (the parameter name we define is requestId), which is generated by UUID. Of course, it can be generated by other methods according to your scene and needs.

Through the tool class, it is convenient for all services to be used uniformly. For example, requestId can be defined uniformly to avoid being different everywhere. Not only the set method, but also the removal and cleaning methods are provided here.

It should be noted that MDC Use of the clear () method. If all threads are established through the new Thread method, after the thread dies, the stored data also dies, which is nothing. However, if the thread pool is used, the thread can be reused. If the MDC content of the previous thread is not cleared, obtaining this thread from the thread pool again will take out the previous data (dirty data), which will lead to some unexpected errors. Therefore, it must be cleared after the end of the current thread.

Since we want to track the log link, the most intuitive idea is to generate a request ID at the source of access, and then pass it all the way until the request is completed. Taking Http as an example, the request is intercepted through Filter, and the data is stored and transmitted through Http Header. When it comes to calls between systems, the caller sets the requestId to the Header, and the callee can take it from the Header.

In the beforeRequest method, obtain the requestId from the Header. If it cannot be obtained, it will be regarded as the "source", generate a requestId and set it to the MDC. When the request is completed, remove the set requestId to prevent the thread pool problem mentioned above. Each service in the system can be realized in the above way, and the whole request link is connected in series.

Of course, the Filter defined above needs to be initialized. The instantiation method in Spring Boot is as follows:

For ordinary system calls, the above methods can basically be met, and can be extended according to their own needs in practice. Filter is used here, which can also be implemented through interceptors, AOP of Spring, etc.

If your system calls based on Feign component in Spring Cloud, you can add requestId by implementing RequestInterceptor interceptor. The specific implementation is as follows:

After completing the above operations, make a request to a Controller and print the following log:

Finally, let's review the whole process of log tracking: when the request arrives at the first server, the service checks whether the requestId exists. If it does not exist, create one and put it into the MDC; When a service calls other services, it passes the requestId through the Header; The logback of each service configures the output of requestId. So as to achieve the effect of concatenating logs from beginning to end.

In learning this article, if you only learn log tracing, it is a loss, because the article also involves the integration of SpringBoot on logback, the underlying implementation of MDC and the use of pits, filters, Feign's request interceptor, etc. If interested, everyone can spread and learn more knowledge.

New horizon of procedure
Official account " "New horizons of program", a platform that enables you to improve your soft power and hard technology simultaneously, and provides a large amount of data 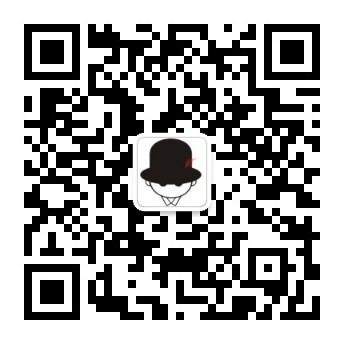