In this example, the neural network is used to predict the power consumption of citizens' offices using data from April 2011 to February 2013.

Daily data is created by totaling the consumption of 15 minute intervals provided each day.

LSTM (or short-term memory artificial neural network) allows the analysis of ordered data with long-term dependence. When it comes to this task, the traditional neural network shows deficiencies. In this regard, LSTM will be used to predict the power consumption mode in this case.

Compared with ARIMA and other models, a special advantage of LSTM is that the data does not necessarily need to be stable (constant mean, variance and autocorrelation) for LSTM to analyze it.

To determine whether there is stationarity in our model:

First, this is the time series diagram: 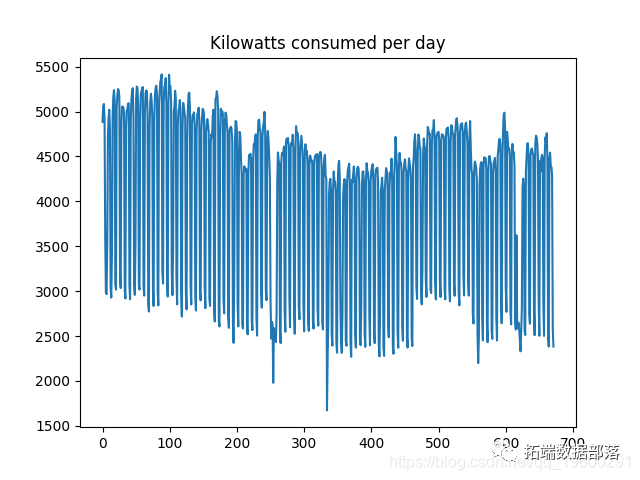 It is observed that volatility (or changes in consumption from one day to the next) is very high. In this regard, logarithmic transformation can be used to try to smooth the data slightly. Before that, ACF and PACF diagrams were generated and Dickey fuller test was performed. 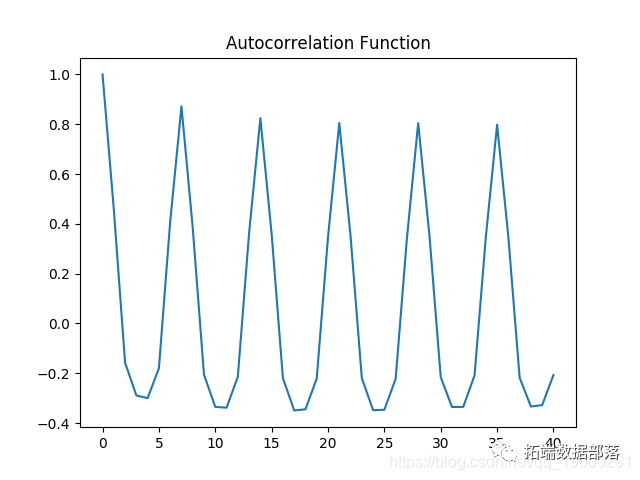 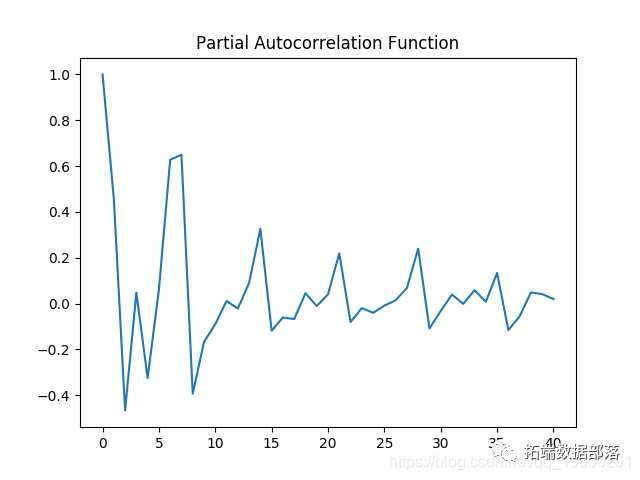 When running the Dickey fuller test, the following results are produced:

When the p value is higher than 0.05, the null hypothesis of non stationarity cannot be rejected.

The coefficient of variation (or mean divided by standard deviation) is 0.236, indicating that the series has significant volatility.

The data is now converted to logarithmic format.

Although the time series is still unstable, when expressed in logarithmic format, the size of the deviation decreases slightly: 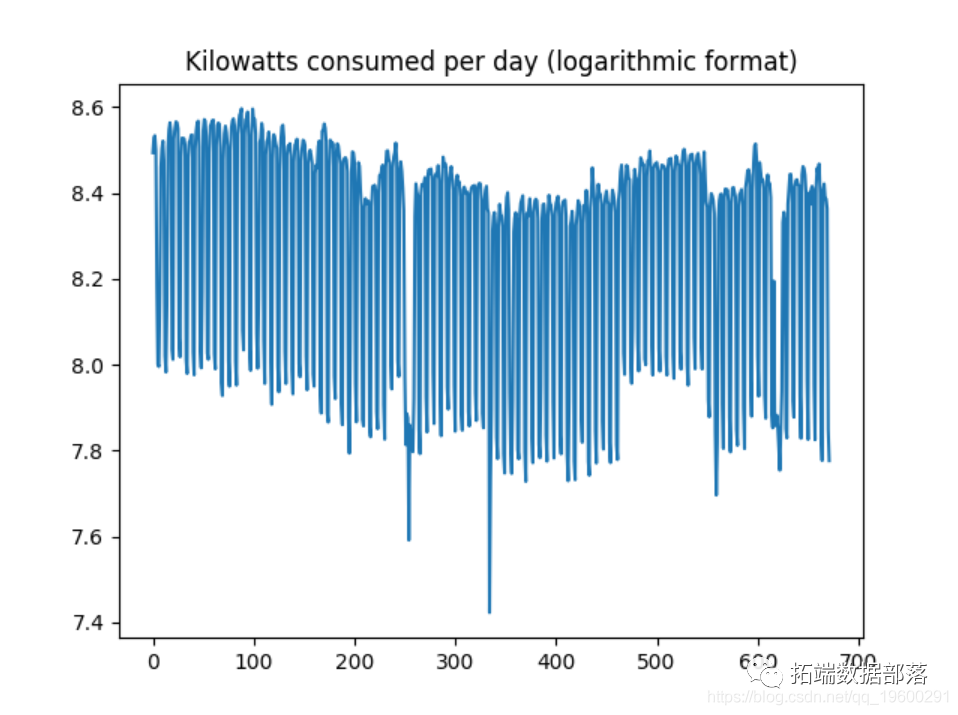 In addition, the coefficient of variation has decreased significantly to 0.0319, which means that the variability of the trend related to the average is significantly lower than that previously. 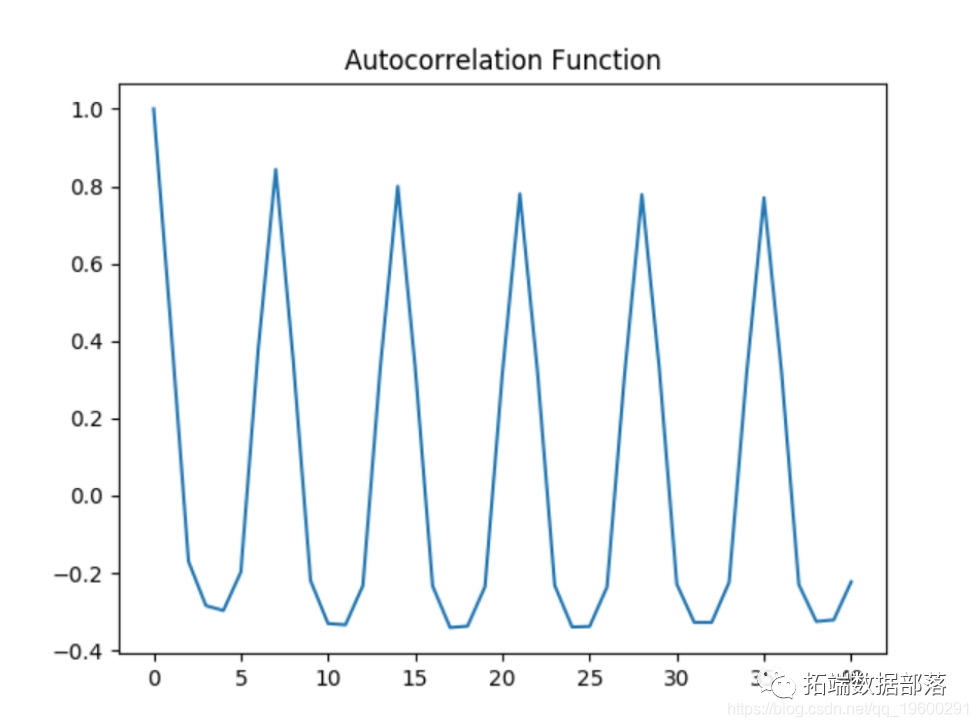 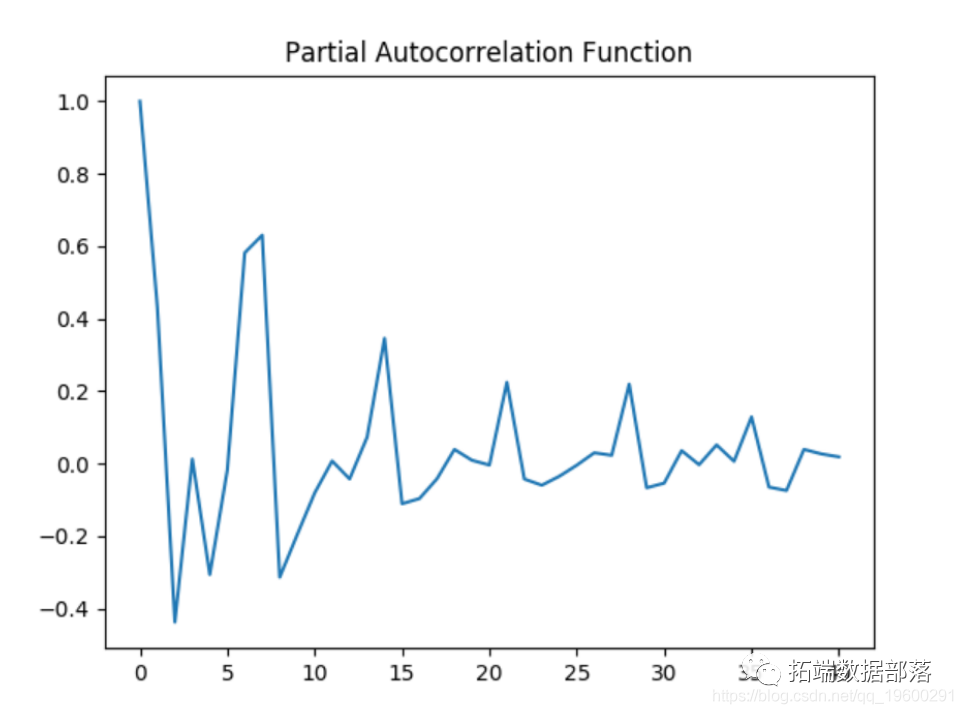 The p value of Dickey fuller test decreased to 0.0576. Although this does not technically reject the 5% significance threshold required for the null hypothesis, the logarithmic time series has shown lower volatility based on CV measurement, so the time series is used for the prediction purpose of LSTM.

Now, the LSTM model is used for prediction purposes.

The model is trained for more than 100 periods and generates predictions.

The following is the relationship between predicted consumption and actual consumption: 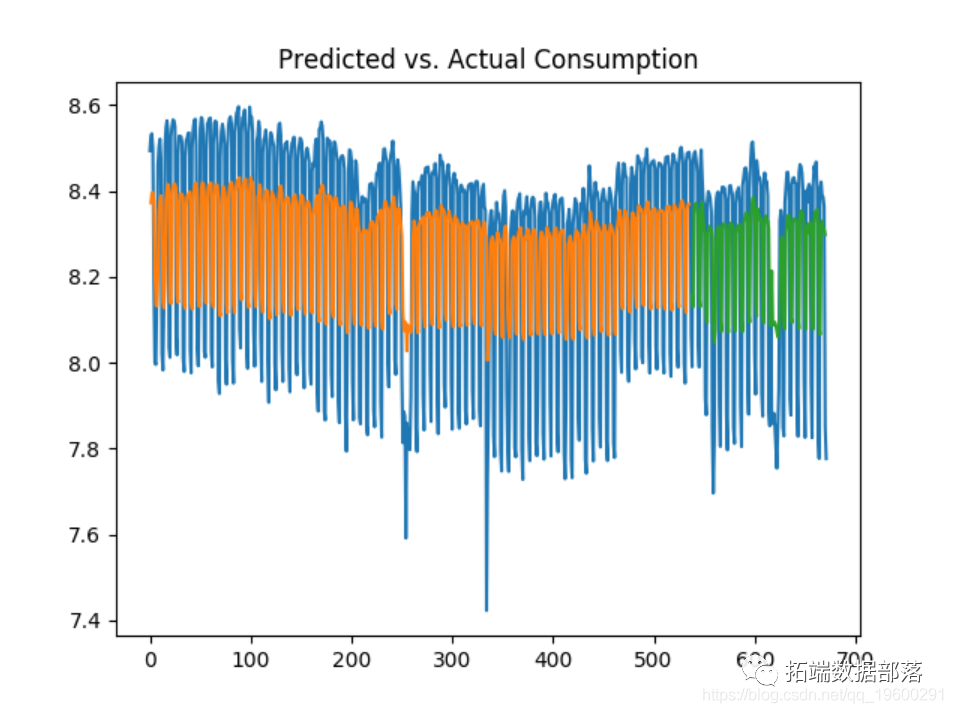 Interestingly, when the prediction is generated on the raw data (not converted to logarithmic format), the following training and test errors will occur:

When the average daily consumption is 4043 kW, the mean square error of the test accounts for nearly 20% of the total daily average consumption, and is very high compared with the error generated by logarithmic data.

Let's look at this increase forecast to 10 and 50 days. 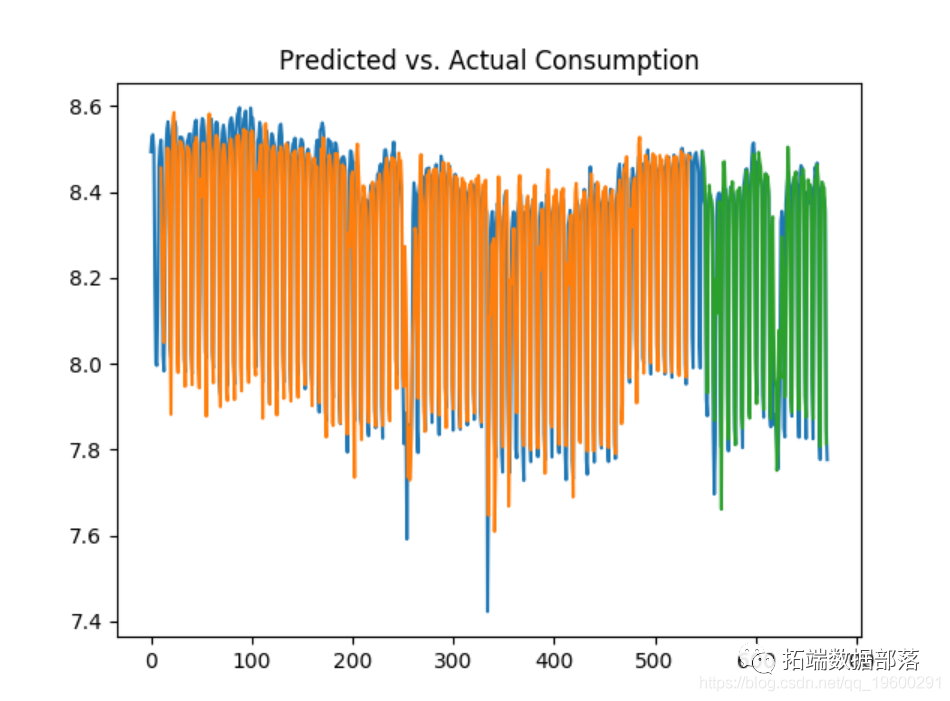 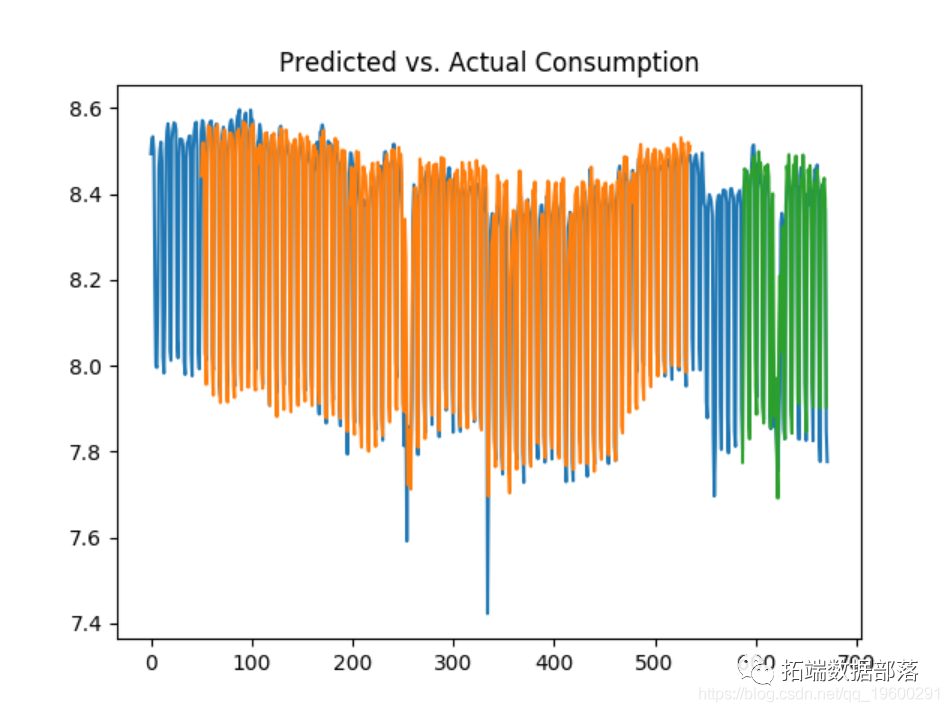 We can see that the test error decreases significantly between 10 and 50 days, and considering that the LSTM model considers more historical data in prediction, the volatility of consumption is better predicted.

Since the data is in logarithmic format, the predicted true value can now be obtained by obtaining the exponent of the data.

For example, the testred variable is readjusted with (1, - 1):

For this example, LSTM has proved to be very accurate in predicting power consumption fluctuations. In addition, the prediction accuracy of LSTM can be improved by representing the time series in logarithmic format. 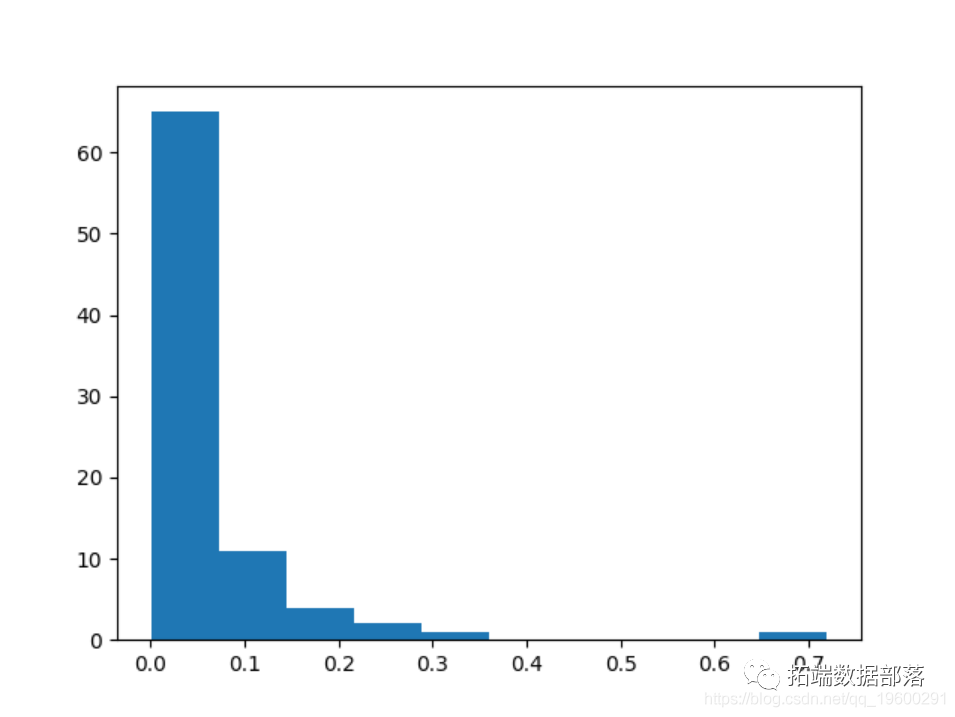