A task of Django+Celery is revoked

Premise: it is necessary to perform the function of suspending (revoking) a task without affecting the continued execution of other tasks
Find out that celery 3.0 has the revoke function
The official document of celery describes revoke

Here is the test code
Django3.2.8 (this version is not important, but the following two are important)
django-celery3.3.1
celery==3.1.26.post2
If the two celery versions don't match, it's very troublesome to use

Django celery the biggest celery supported by this package seems to be celery 3
His Django celery has not been updated for a long time. There is a new one called Django celery base. I'll see it again when I have time

And an important point!!!
After forgetting python, async became a built-in keyword
The celery version is earlier, so it conflicts with the async keyword. If you can't upgrade / downgrade the python version
It is recommended to modify the async keyword in celery (I personally recommend this method. It is too cumbersome to upgrade / downgrade the python version, and there are other things that cannot be used if they are not guaranteed)

Code function description
Publish the celery task, record the task id(task.id) and revoke(task.id) when the task is still running, and destroy it 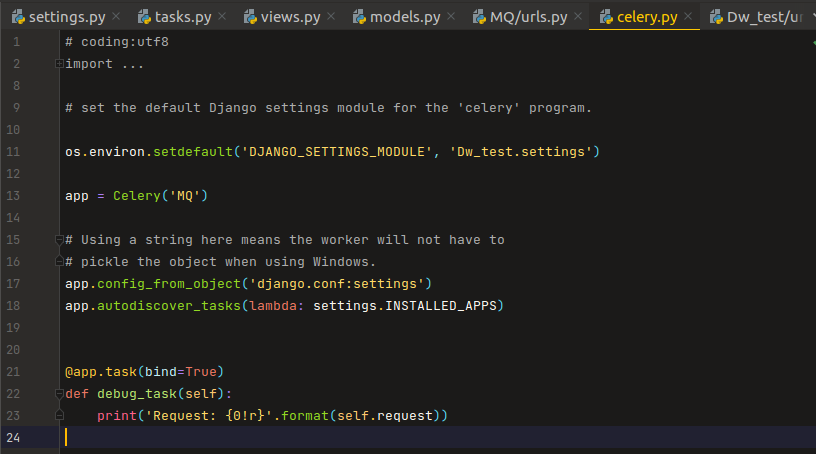 Cellery under the project root directory 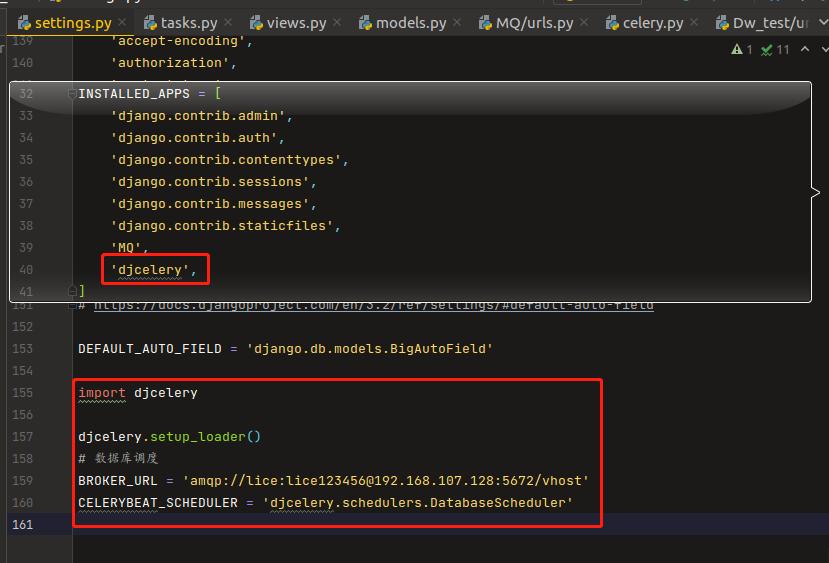 I use rabbitMQ here

Let's start with tasks and views

Tasks.py (you have to build it manually under the app)

This is urls.py under app (built manually) 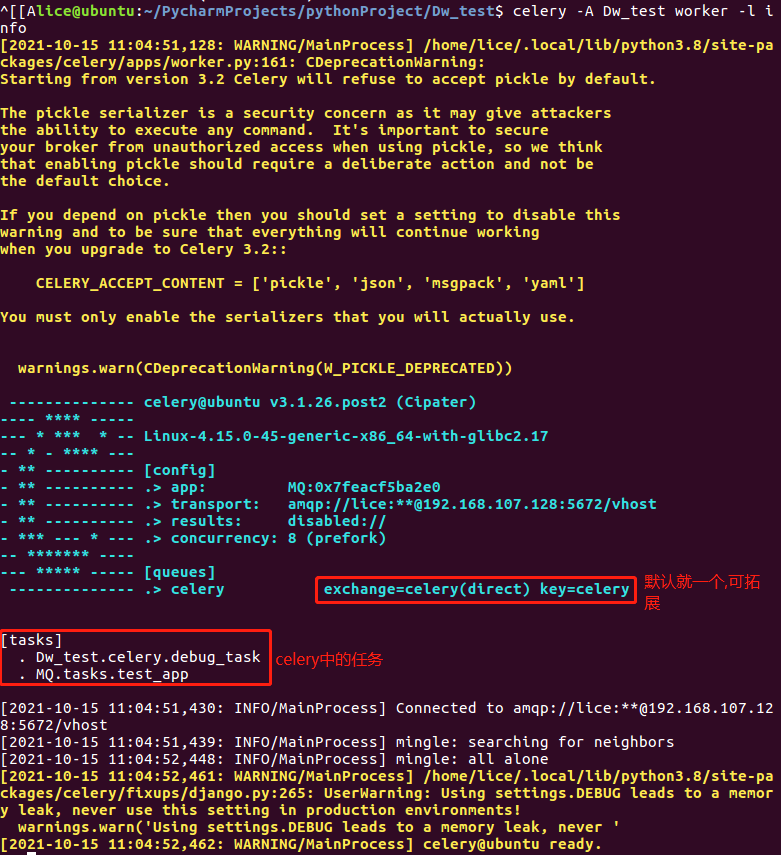 The larger the number, the longer the time. The one written earlier can be changed. The returned one is the task id

If there is no accident, an error will be reported and the task will be successfully cancelled

The solution is to add an exception to the task function (in task.py) I mentioned above 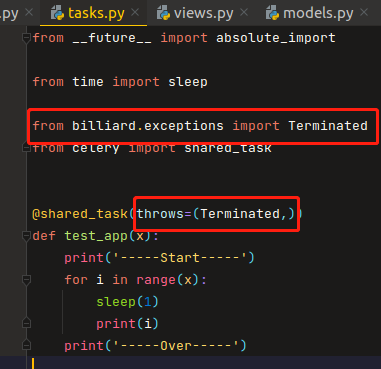 For the pause and start function, you can process the unfinished tasks from the database when starting by saving the unprocessed data in the database