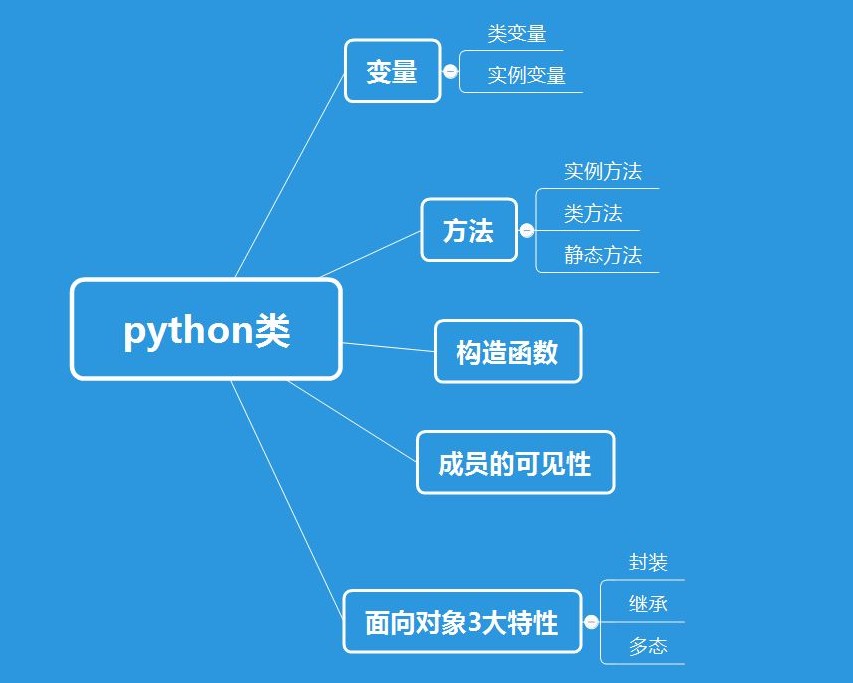 First, give the simplest class:

Demonstration of the simplest class

Python classes include variables and variables.

The above dynamic adding variables to the class will be very inconvenient in practical application. If we can directly add Dog class to the class, the attribute name is also called instance attribute.
Python class instance variables are added through__ init__ Function (a construction method). It is assumed that the instance attributes of a dog include: name, height, blood and power. The implementation code is as follows: 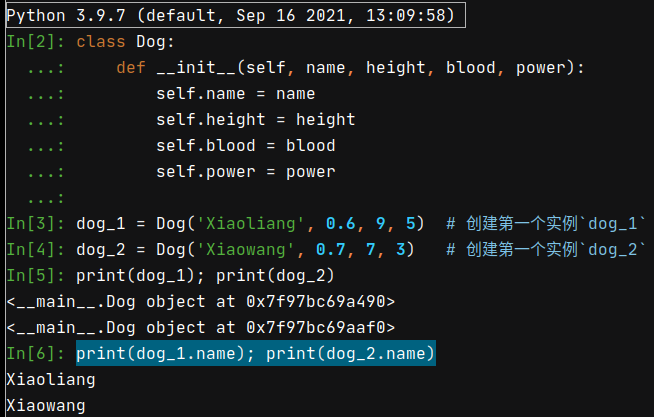 In`__ init__` Add attributes to classes in

Note: the instance variable of a class is represented by the self keyword. The main function of self is to indicate that this variable is a variable related to the instance attribute. 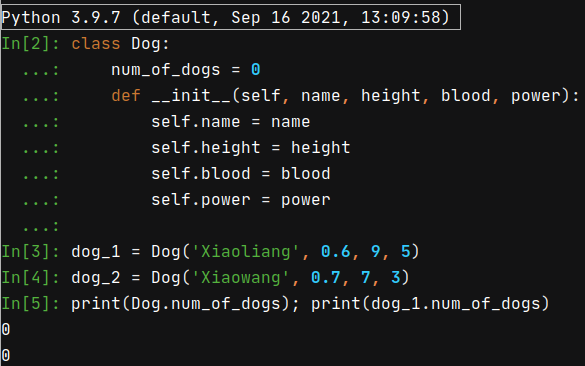 Class variable num_of_dogs can be used to count how many instances of Dog have been created_ x. Can be in a class__ init__ Function implementation, the code is as follows: 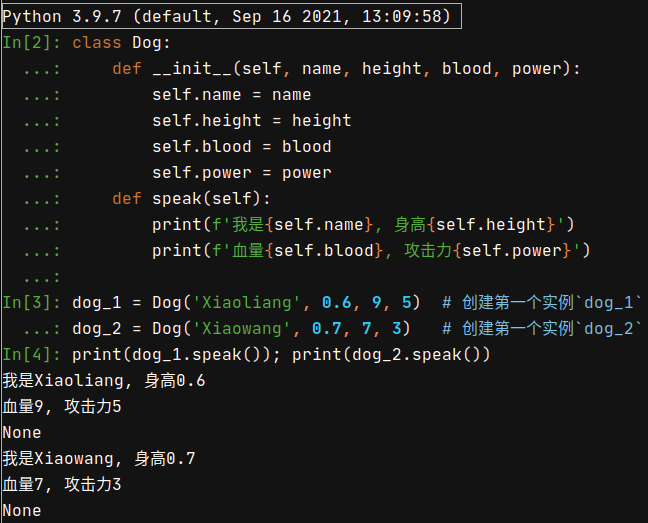 Suppose we have such an application scenario: we not only need to be able to get the total number of instances instantiated, but also need to be able to output the objects of all instances. The program to solve this problem using class method (the flag is @ classmethod) is as follows: 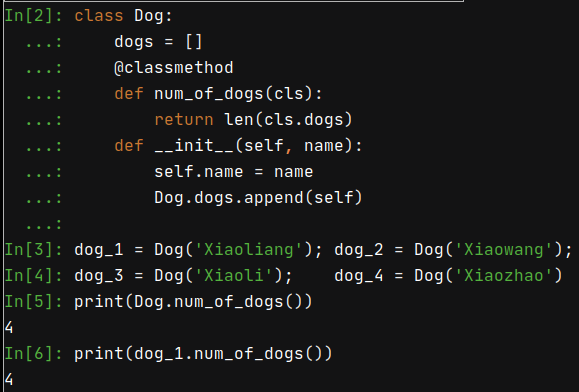 Instance method is a method designed for instance variables (marked with self), while class method is a method designed for class variables (marked with cls). However, in practice, sometimes we need to design a kind of method to process neither instance variables nor class variables. This is the so-called static method, and its flag is @ staticmethod. For example, we need to add an explanatory language to the class:

Although the Dog class method was designed earlier, the instantiated variables are name, height, blood, power and the class method speak(). However, as shown in the figure below, for different types of dogs, they have various attributes of Dog, but they have their own attributes and methods.

Therefore, only using dog class can not well represent all dog objects, so we need to introduce a very important concept of object-oriented programming - class inheritance. Using class inheritance, we can realize the representation of pet dogs, shepherds and police dogs on Dog class methods. The following takes the pet dog as an example to explain the inheritance of the class. The code is as follows: 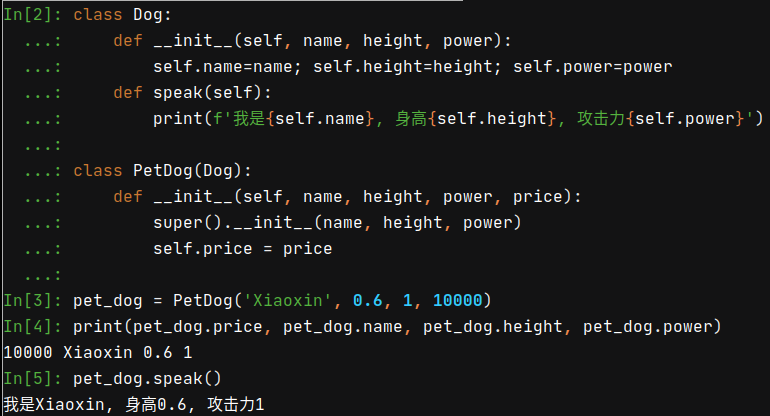 The verification output results are shown in the figure below: 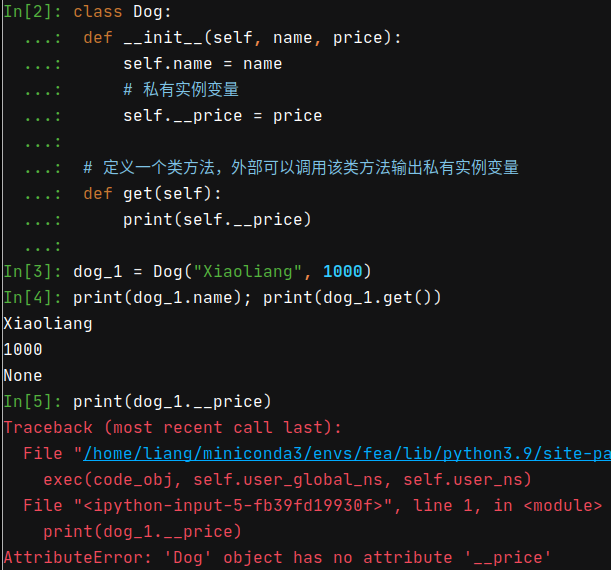