1. Why do anti shake and throttling occur

Anti shake and throttling should belong to the knowledge of performance optimization strictly, but in fact, the frequency encountered is quite high. Improper handling or laissez faire will easily cause the browser to get stuck. So it is necessary to master it early.

Let's start with the example of scroll bar monitoring

Let's start with a common function. Many websites will provide such a button: to return to the top. 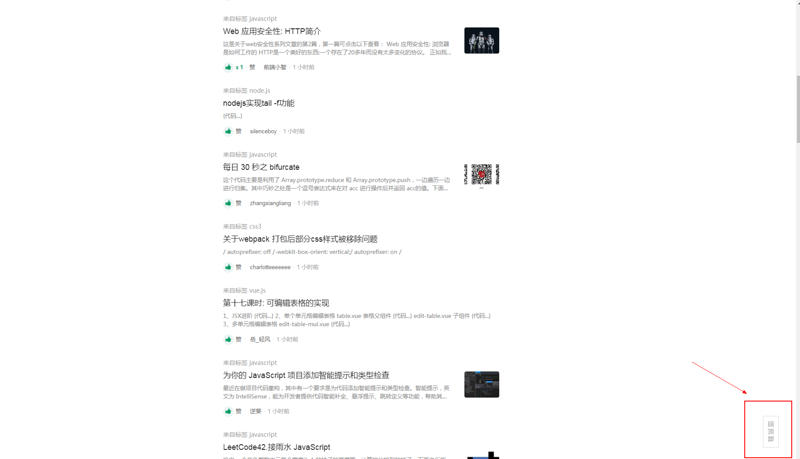 This button will only appear after scrolling to a certain position from the top, so let's abstract this function requirement now--   Listen to the browser scroll event and return the distance between the current scroll bar and the top
This requirement is very simple. Write it directly:

When running, you will find that there is a problem: the default execution frequency of this function is too high! High! It's too late!.   To what extent? Taking chrome as an example, we can click the scroll bar of a page, and then click the down key on the keyboard once. We will find that the function has been executed 8-9 times! 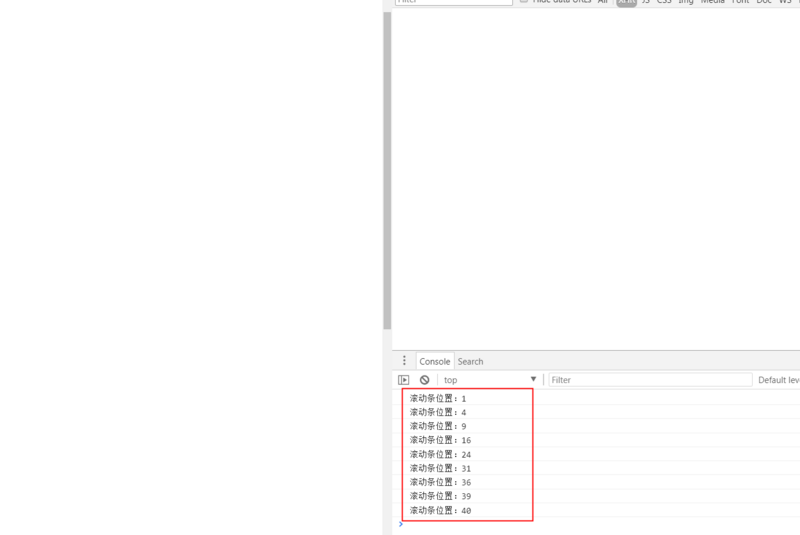 However, in fact, we do not need such high-frequency feedback. After all, the performance of the browser is limited and should not be wasted here, so we will discuss how to optimize this scenario.

Based on the above scenario, the first idea is proposed: when the event is triggered for the first time, the function is not executed immediately, but a period value, such as 200ms, is given, and then:

Effect: if the same event is triggered in a large number in a short time, the function will be executed only once.

Implementation: since timing has been mentioned earlier, the key to implementation lies in the setTimeout function. Since a variable is needed to save timing and maintain global purity, it can be implemented with the help of closed packets:

Of course, the above code is to fit the idea and facilitate understanding. After writing, you will find that time = setTimeout(fn,delay) will be executed, so you can simplify it a little:

At this time, you will find that the scroll bar position will not be printed until you stop scrolling for 1 second.

So far, anti shake has been implemented. Now give the definition:

Continue to think. The result of using the above anti shake scheme to deal with the problem is:

But what if the expected solution of the product students is: even if the user keeps dragging the scroll bar, he can give feedback after a certain time interval?

In fact, it is very simple: we can design a function that opens regularly like a control valve, that is, after the function is executed once, it will temporarily fail in a certain period of time, and then reactivate after this period of time (similar to the skill cooling time).

Effect: if a large number of the same events are triggered in a short time, after the function is executed once, the function will not work within the specified time period until it takes effect again.

realization   Here, a simple implementation is made with the help of setTimeout, and a status bit valid is added to indicate whether the current function is in the working state:

The result of running the above code is:

4. Examples of other application scenarios

After talking about these two skills, let's introduce the common scenarios in daily development: