AQS (AbstractQueuedSynchronizer), an abstract queue synchronizer, is the basis of many Lock locks and synchronization components in juc, such as CountDownLatch, ReentrantLock, ReentrantReadWriteLock, Semaphore, etc. it provides interfaces or specific implementations for resource occupation, release, thread waiting, wake-up, etc., which can be used in various scenarios that need to control resource competition.

2. Clarify the overall structure of AQS

Take a look at the source code of AbstractQueuedSynchronizer in the juc package:

AQS is mainly composed of the following components, the most important of which are semaphore stata and CHL queue 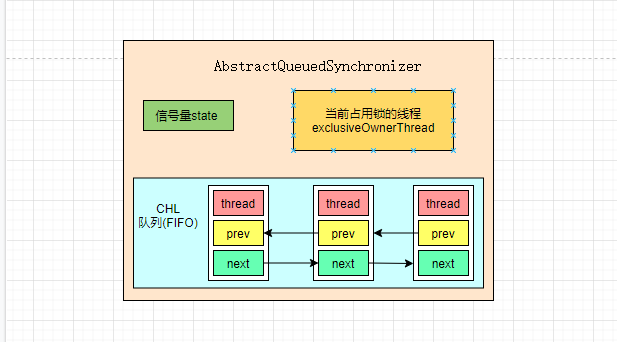 This involves JMM. Unfamiliar readers can turn to my previous blog

This method directly sets a newStata, because it modifies a variable. When directly assigning values to variables of basic types, atomicity can be guaranteed

An AQS document given by AQS author Doug Lea: http://gee.cs.oswego.edu/dl/papers/aqs.pdf AQS is described in detail in, which can be read by readers with good English level

CHL queue is a core of AQS. FIFO queue, that is, first in first out queue. The main function of this queue is to store waiting threads. Assuming that many threads grab locks, most threads can't grab locks. Therefore, these threads need a queue to store them. This queue is CHL queue, which also follows FIFO rules.

The internal structure of CHL queue is a data structure of a two-way linked list. The basic component is the Node node. In the queue, head and tail are used to represent the head Node and tail Node respectively. Both of them point to an empty Node during initialization. The thread of the head Node can hold the lock, and then the subsequent threads queue for waiting, as shown in the figure 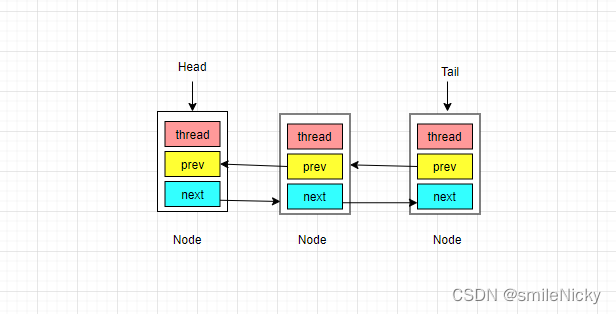 We have a clear understanding of the overall design of AQS. The main focus is on semaphore state and CHL queue, and then we can follow the source code implementation, @ see Java util. concurrent. locks. Abstractownablesynchronizer, you don't need to look at the source code a little. Just look at the main methods and classes and clarify the implementation principle of the framework. AQS mainly focuses on * acquire * and * release * these methods can be divided into two types: one is exclusive and the other is shared. Shared methods are added with a shared suffix 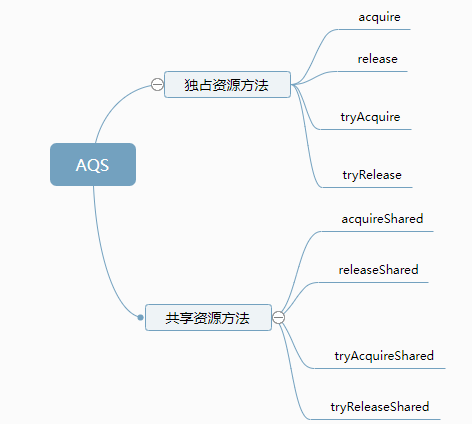 Let's follow the AQS source code. Pay attention to the difference between exclusive and shared implementations

The tryAcquire method is implemented by a specific user class. If it is not implemented, an exception will be thrown, so it must be implemented 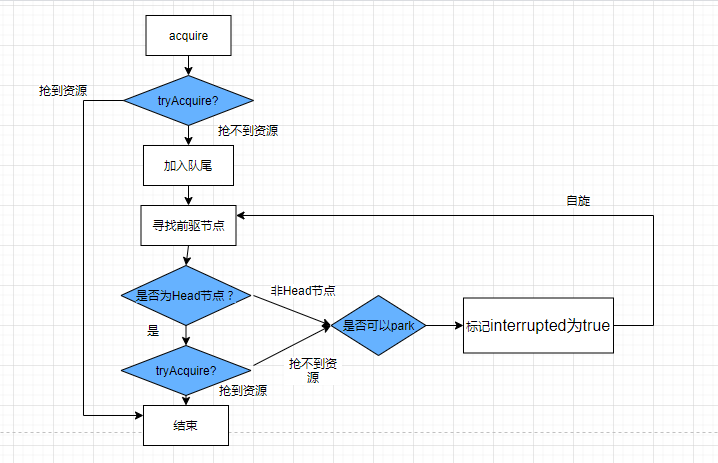 Shared, that is, shared resources can be occupied by multiple threads at the same time

First look at the acquireShared method at the top level:

The tryAcquireShared method is implemented by a specific user class, so first look at the doAcquireShared source code:

This logic is basically similar to the exclusive type, except that the queued nodes are marked as SHARED shared, and tryacquiresshared is implemented by specific classes