There are two types of data in js, basic data type and reference data type.

How to determine the data type:

Since JavaScript stores values in binary, typeof judges the data type by the first three, and the first three of object and null are 000, null is considered an object

2. instanceof returns a Boolean value to determine if the reference data type was created by a constructor

3. constructor is well suited for basic and referenced data types

4. The perfect solution for Object.prototype.toString.call() 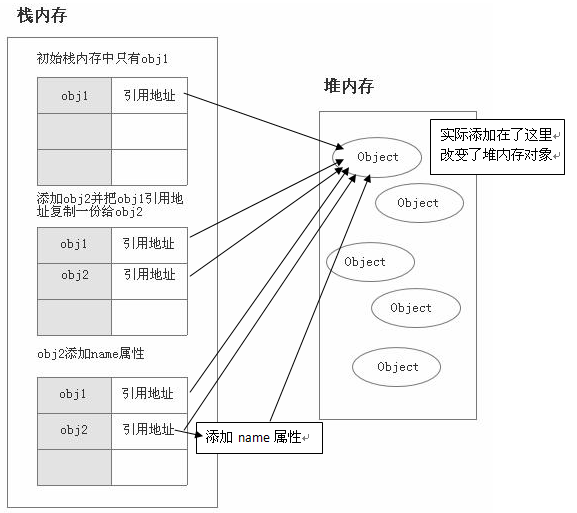 This is the difference between passing values and addresses. Because A is an array and is a reference type, it gives b the address on the stack (which is equivalent to creating a new pointer with a different name)Instead of objects in heap memory, c is simply a data value obtained from heap a memory and stored on the stack. So when b is modified, it will go back to heap a to modify according to its address, while c is modified directly on the stack and cannot point to heap a memory.