As we all know, Binder is the main interprocess communication suite in the Android system. More specifically, many articles call it Binder driver. Why is it a driver? What is the driver? Let's uncover it step by step from the Binder in the kernel from the bottom up. This article focuses on helping readers have a brief understanding of Binder system, so it is written in a general way. Subsequent articles will analyze it in detail.

What the hell is Binder 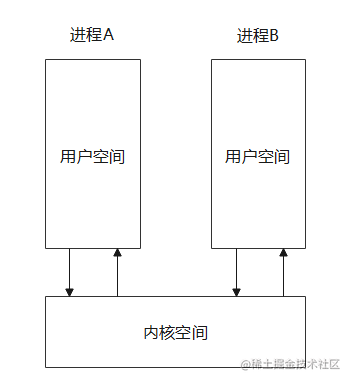 Linux driver runs in kernel space. In a narrow sense, it is an intermediate program used by the system to control hardware, but in the final analysis, it is only a program and a piece of code, so the specific implementation does not have to be related to hardware. Binder registers itself as a misc type driver, does not involve hardware operation, and runs in the kernel, so it can be used as a bridge between different processes to realize IPC functions.

The biggest feature of Linux is that everything is a file, and the driver is no exception. All drivers will be mounted in the File System Dev directory. The corresponding directory of Binder is / dev/binder. When registering the driver, register system calls such as open release mmap with Binder's own functions. In this way, Binder can be used in user space by accessing files through system calls. Let's take a rough look at the relevant code.

binder\_ Calling misc\_ in init Register registers a misc driver named binder, and specifies the function mapping to bind the binder\_open is mapped to the system call open, so that the binder can be called through open("/dev/binder")\_ The open function

How does a process communicate with another process through a binder? The simplest process is as follows

Use Binder in Binder driver\_ The proc structure represents a process, the binder\_thread represents a thread, binder\_proc.todo is the task queue from other processes that the process needs to process.

A copy of Binder

As we all know, Binder's advantage lies in its high efficiency of one-time copy. Many blogs have said bad. So what is a copy, how to implement it, and where it happens, let's explain it briefly as much as possible.

As mentioned above, different processes communicate through Binder drivers in the kernel, but the user space and kernel space are separated and cannot access each other. They need to use copy to transfer data between them\_ from\_ User and copy\_to\_user two system calls to copy the data in the user / kernel space memory to the kernel / user space memory. In this way, if the two processes need one-way communication, they need two copies, as shown in the figure below. 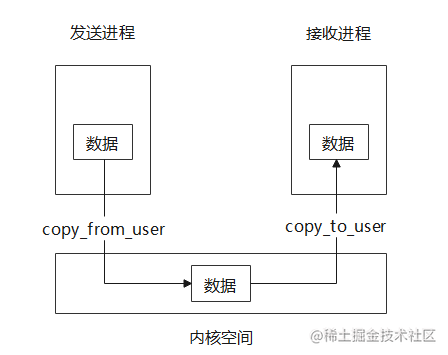 When the sender wants to send data to the receiver, the kernel directly uses copy\_ from\_ The user copies the data to the kernel space mapping area. At this time, due to the shared physical memory, the memory mapping area of the receiving process can get the data, as shown in the following figure. 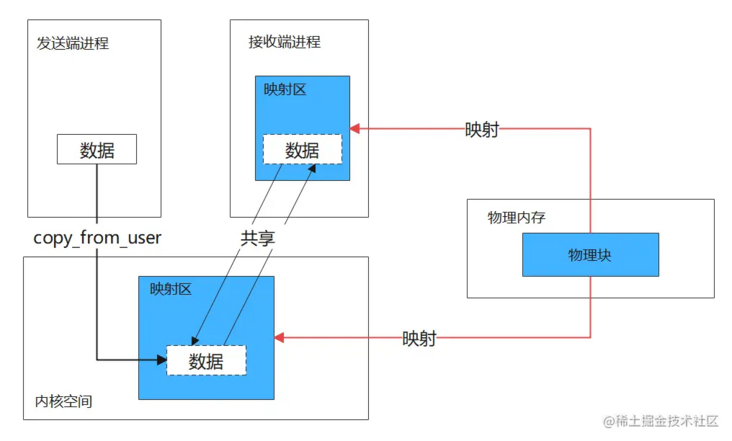 The user space calls the Binder in the Binder driver through the mmap system call\_ mmap function for memory mapping. This part of the code is difficult to read. You can take a look at it if you are interested.

Binder_ Calling Binder_ in MMAP function update_ page_ Range only allocates a physical page space for the mapping area. When Binder starts communication, it will use the Binder again_ alloc_ The buf function allocates more physical pages, which will be discussed later.

The Binder driver in the kernel layer has provided IPC function, but it is also necessary to provide some call encapsulation for the driver layer in the framework native layer to make it easier for framework developers to use, so as to encapsulate the native Binder; At the same time, because the framework native layer is implemented in c/c + + language, application developers need more convenient encapsulation of Java layer to derive Java Binder; Finally, in order to reduce repeated code writing and standardize the interface, AIDL is encapsulated on the basis of Java Binder. After layers of encapsulation, users are basically unaware of Binder when using AIDL.

Here is an architecture diagram. 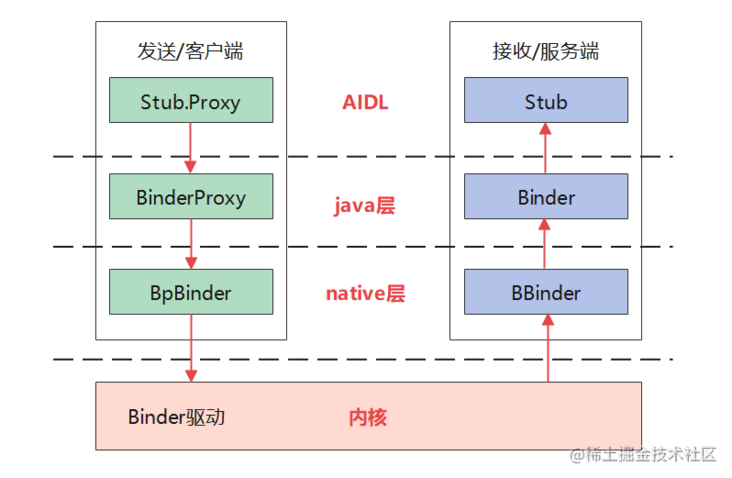 In fact, every application process in Android opens the Binder driver (registered in the driver), and the Zygote process calls the app\_ after the fork application process. main. The onZygoteInit function in CPP is initialized. In this function, the ProcessState instance of the process is created. Open the binder driver and allocate the mapping area. A binder of the process is also created and saved in the driver\_ Proc instance. Let's borrow a picture to describe it. 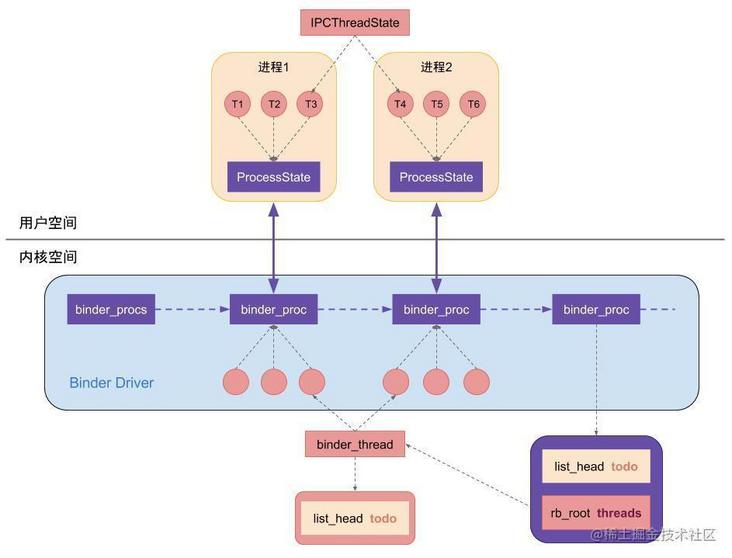 The code generated by Aidl further encapsulates Binder, < interface > Stub corresponds to server Binder, < interface > Stub. Proxy identifies the client, holds an mRemote instance (BinderProxy) internally, and Aidl generates several transactions according to the defined interface methods_< Function name > code constant, binders at both ends identify and resolve parameters through these codes, and call corresponding interface methods. In other words, Aidl is for BinderProxy Transact and Binder Ontransact is encapsulated, and users do not have to define the code and parameter resolution of each communication.

This article mainly provides a general understanding for readers who do not understand Binder system. The next article will start from AIDL remote service and analyze the whole IPC process layer by layer. Therefore, if you want to further understand Binder, this article is also important as a pre knowledge.