Definition: defines the skeleton (stable) of an algorithm in operation, and delays (changes) some steps to subclasses. Template Method enables subclasses to redefine (override) some specific steps of an algorithm without changing (reusing) the structure of the algorithm. It is a behavioral model.

Usage scenario: in the process of software construction, for a task, it often has a stable overall operation structure, but each sub step has many requirements for change, or it cannot be implemented simultaneously with the overall structure of the task due to inherent reasons (such as the relationship between framework and application). How to flexibly deal with the changes of each sub step or late implementation requirements on the premise of determining the stable operation structure? This is what the template method pattern does.

Example: the following is an example of the software design process. 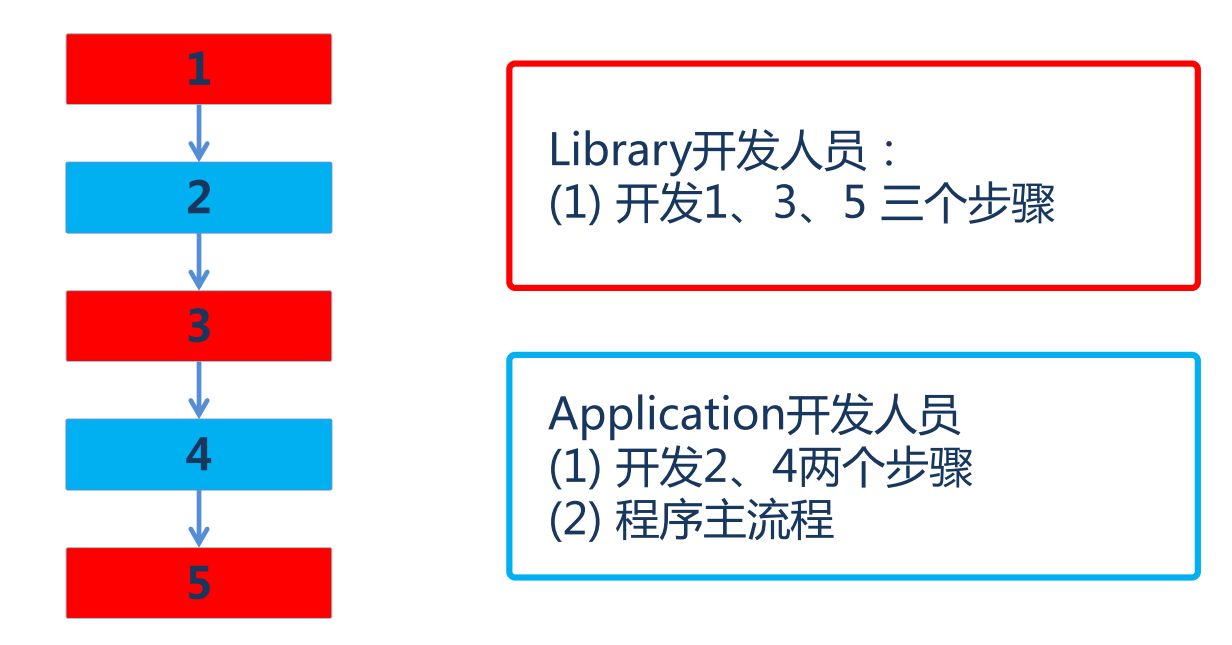 The whole process is actually fixed and consists of step 1~5. However, 1, 3 and 5 are completed by the Library, while 2 and 4 are completed by App developers. However, the main process must be written after all steps are developed.

Using the template method can avoid this problem and leave the main process to the familiar Library. 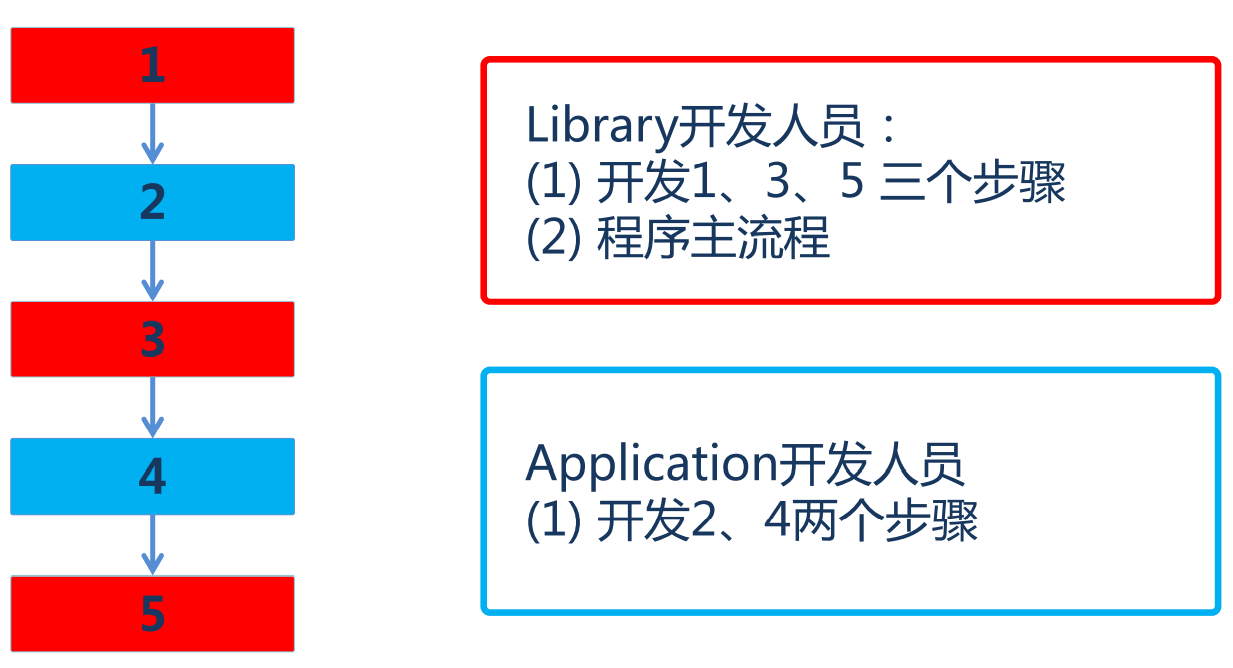 App developers only need to be responsible for step2 and step4, and the main program is completed by a Library more familiar with the process, reducing the possibility of program errors.

The structure diagram is as follows: 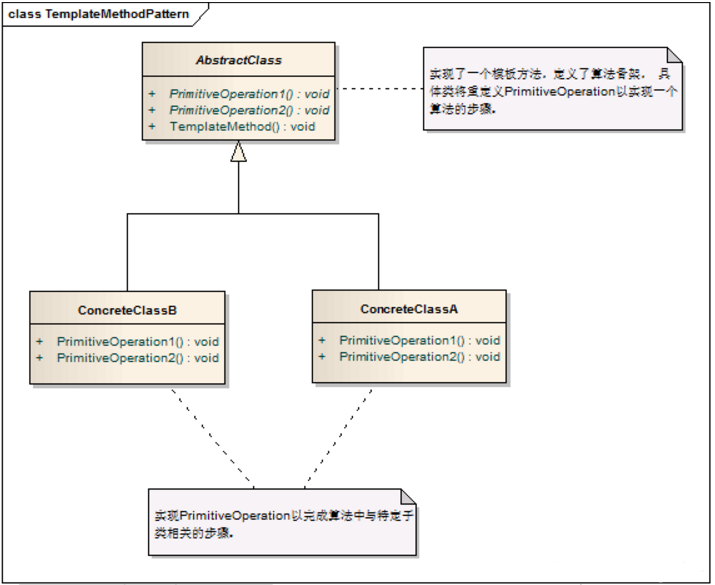