Without const &a, a reference is only an alias of an object, not an object, and cannot be modified with const

volatile is a type modifier. Its declared type indicates that it can be modified by some unknown factors (operating system, hardware, other threads). Such objects should not be optimized at compile time.
The variable declared by volatile keyword must be taken from memory every time
const can be volatile
The pointer can be volatile

Is a macro, not a function.
The function is to terminate the program execution if the condition returns an error

Class defines a bit field for non static member functions. How many binary bits does it occupy, which can save some memory
Pointers and fetch addresses cannot be applied to bit fields

A special class that saves space. It can have many data structures, but only one data member has a value at the same time, and other data members become undefined.
The default access permission is public
Can contain constructors and destructors
Cannot contain members of reference type
Cannot inherit from other classes and cannot be used as a base class
Cannot contain virtual functions
Anonymous unions can directly access union members in the scope where they are defined
Anonymous union cannot contain protect or private members
The global anonymous union must be static

In the following context, the type bool is expected, and if bool t(e) is declared; A good structure performs implicit conversion (that is, consider an implicit conversion function such as explicit T::operator bool() const. This expression e is called bool in context.
Control expressions of if, while and for;
Built in logical operators&& Operands of and 𞓜;
Conditional operator?: The first operand of the;
static_ Predicate in assert declaration;
Expression in noexcept specifier;

High efficiency, less one call to the default construction process 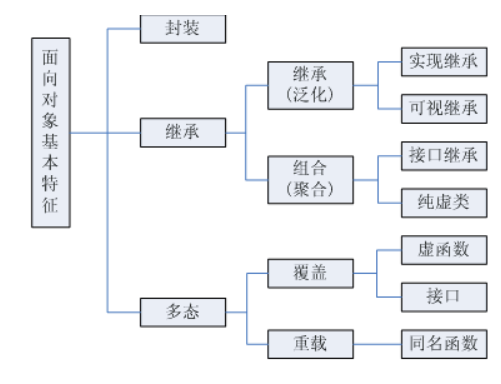 Based on encapsulation and inheritance
Classification and Implementation

new can calculate the required space to allocate by itself, and malloc needs to input the number of bytes of the requested space by itself

Only on the heap
Method: set the destructor to private

Only on the stack
Method: overload new and delete as private

shared_ptr implements the concept of shared ownership. Multiple smart pointers point to the same object, and the object and its related resources will be released when "the last reference is destroyed".

weak_ptr allows you to share but not own an object. Once the last smart pointer that owns the object loses ownership, any weak_ptr will be automatically empty. It can break the ring reference and solve the deadlock problem

unique_ptr implements the concept of exclusive ownership or strict ownership to ensure that only one smart pointer can point to the object at the same time. You can transfer ownership. Once you own a destroyed or programmed empty, or start owning another object, the previously owned object will be destroyed and any corresponding resources will be released. It is particularly useful for avoiding memory leaks, such as forgetting delete after new. unique_ptr is used to replace the old version of auto_ptr