Since it is a non recursive solution, there can be no indirect or indirect reference to itself in the function used. Iteration is to use a complete solution algorithm to bring the number of steps into the algorithm as a parameter for each step to obtain specific results. Therefore, to iterate, we must analyze the law embodied in each step of the moving process of Hanoi tower.

Each step can be broken down into:
1. Decide the disc number to be moved (if n discs are numbered, 1~n from small to large)
Decide where to move the plate.

Assuming that 4 plates are moved, the plates are moved from column 1 to column 3 by default, and column 2 is used as a temporary storage point. The process is as follows (the number in brackets represents the disk number to be moved): 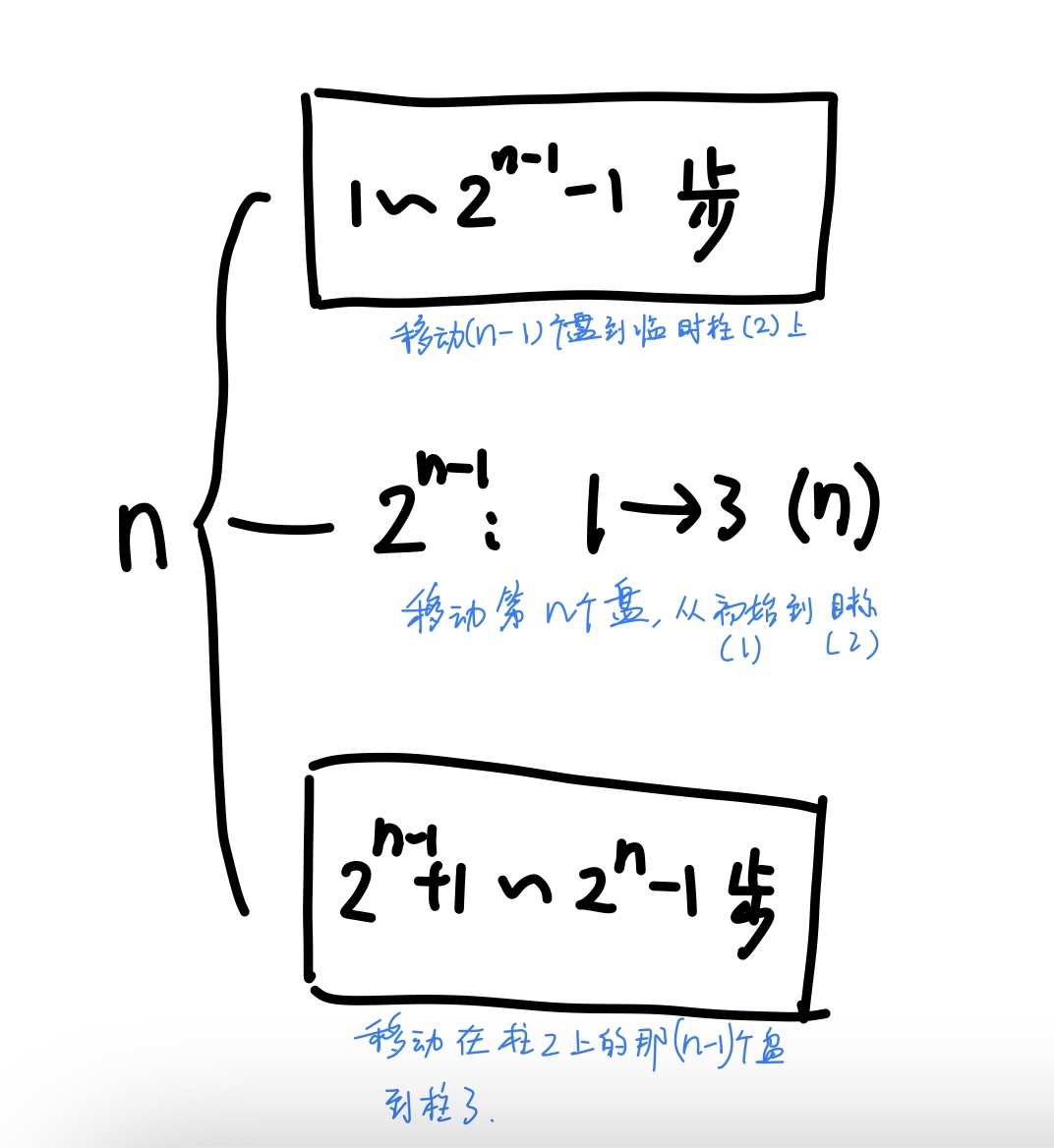 
Determine the disc number to be moved in a certain step

Complete the functions of this part with an independent function:


Start and end of movement

Looking back at the process of moving four plates, we can also find that:

It is concluded that:
When moving plates with a total number of n, the action track of the k-th plate:
1. Same as n [n-k is an even number]
2. Opposite to n [n-k is odd]

Then we just need to determine the trajectory of each plate according to the plate number and the number of times it moves i i i to determine always.

The code is divided into two functions, one is used to collect the starting point, ending point and temporary points provided by the user to simulate the track, and the other is to judge the specific movement according to the current number of steps and disc number:

Use a total function hanoi set to run the above functions to solve the hanoi Tower problem. The total code is as follows:

The solution is for reference c + + iterative recursive implementation of Hanoi Tower (five iterative methods meet your needs) . The author initially felt that it was difficult to realize the tower of Hanoi problem only by iterative method, and was amazed at the way of thinking used in this article. In order to learn how to analyze a more complex problem concretely, this thinking process is specially recorded. If you have any questions, welcome to discuss.