When processing data, it is often necessary to search. In order to search quickly and accurately, the data to be processed is usually required to be arranged in order according to the size of key words, so as to adopt efficient search methods.

1. ranking
Sorting is a kind of operation often carried out in the computer. Its purpose is to adjust a group of "unordered" record sequences to "ordered" record sequences. Generally speaking, the process of arranging disordered data elements by certain methods in order of keywords is called sorting.
2. Internal sorting and external sorting
Sorting can be divided into two categories according to the different memory occupied by data during sorting.
Internal sorting: the whole sorting process is completely in memory;
External sorting: because the amount of record data to be sorted is too large, the memory cannot hold all the data, so sorting can be completed with the help of external memory devices.
3. Stability of sequencing
Stability: suppose that there are two or more records with the same keyword in the file to be sorted
After sorting by some sort method, if the relative order of the elements with the same key remains the same, the sort method
It's stable. On the contrary, if the relative order of these elements with the same keyword changes, the sorting method used is unstable.
Example: a group of student records have been sorted by student number, and now they need to be sorted by final grade. When the grades are the same, the small student number is required to be in the front. Obviously, in this case, a stable sorting method must be selected.
Note: bubbling, inserting, cardinality, merging belong to stable sorting, selection, fast, hill, belong to unstable sorting. 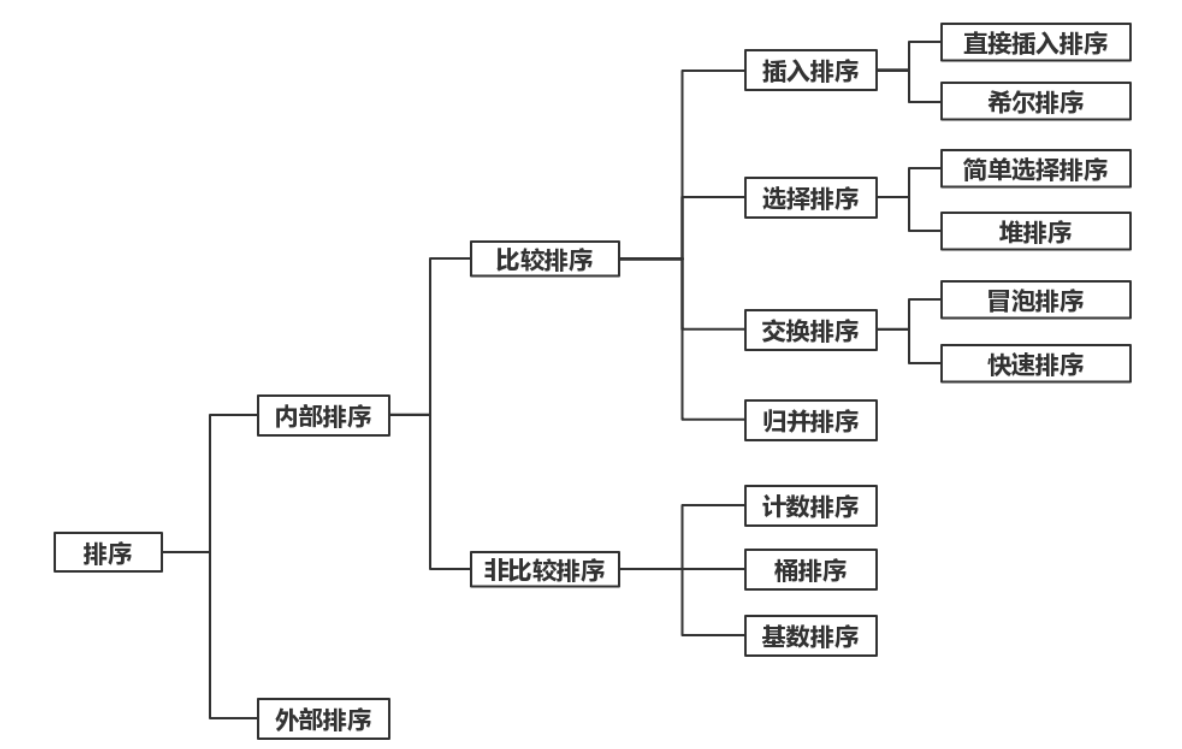 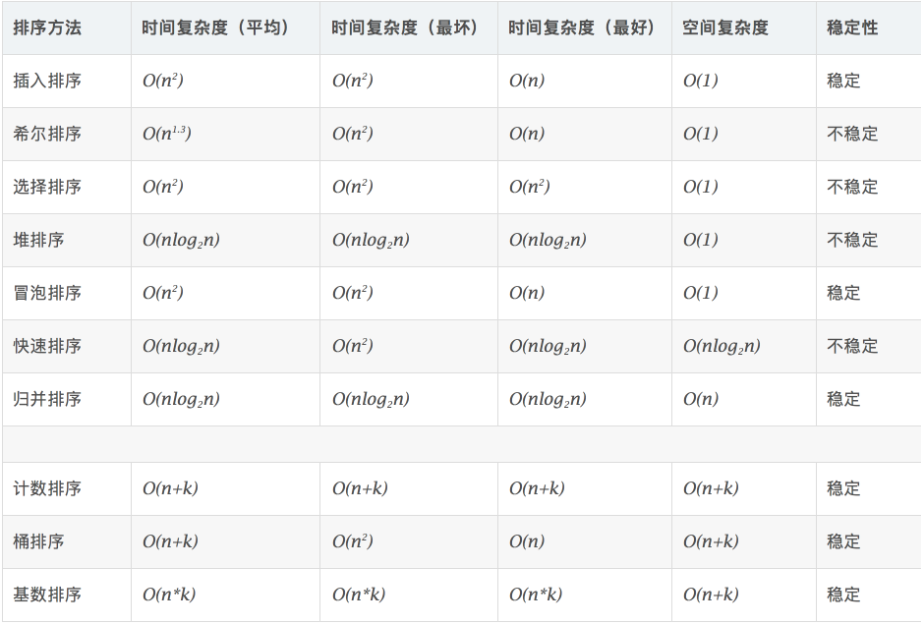 1. Direct insertion sorting
Basic ideas:
In a set of numbers to be sorted, suppose that the first n-1 numbers have been ordered, now insert the nth number into the previous ordered number series, so that the nth numbers are also ordered. Repeat the cycle until all are in order.
Advantages: stable, fast.
Disadvantages: the number of comparisons is not certain. The more comparisons are, the more data moves after the insertion point. Especially when the total amount of data is huge, but the linked list can solve this problem, although there will be additional memory overhead.
Process:

2. Hill sorting
Basic ideas:
In a group of numbers to be sorted, they are divided into several subsequences according to a certain increment, and the subsequences are inserted and sorted respectively.
Then gradually reduce the increment and repeat the above process. Until the increment is 1, at this time, the data sequence is basically in order, and finally the insertion sorting is performed.
Process: 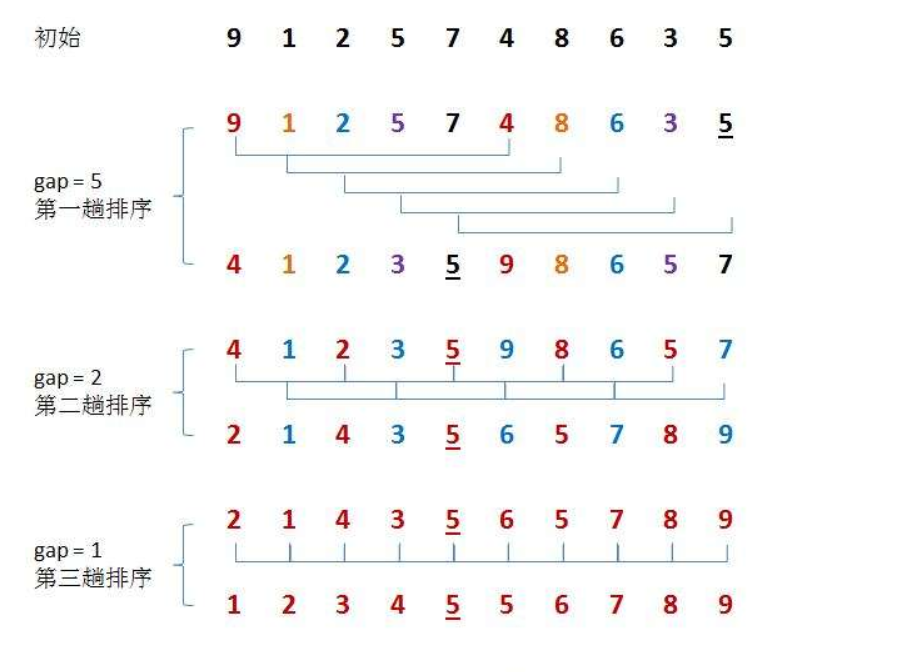 Summary of the characteristics of hill sorting: 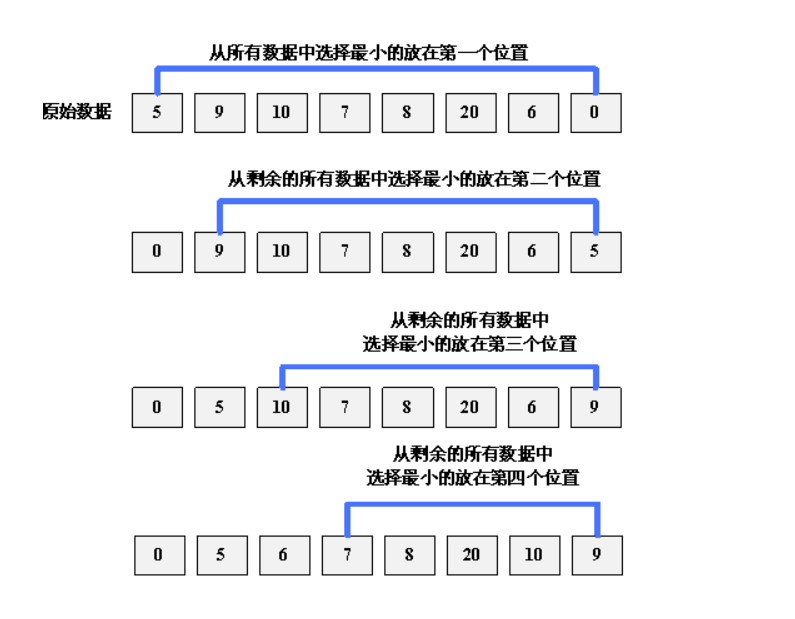 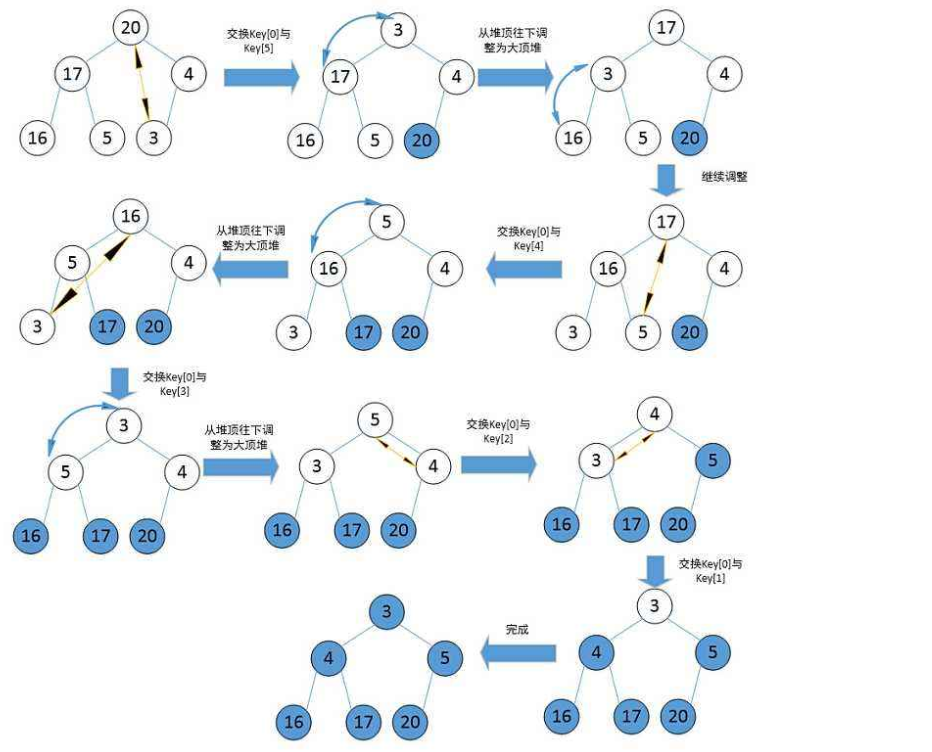 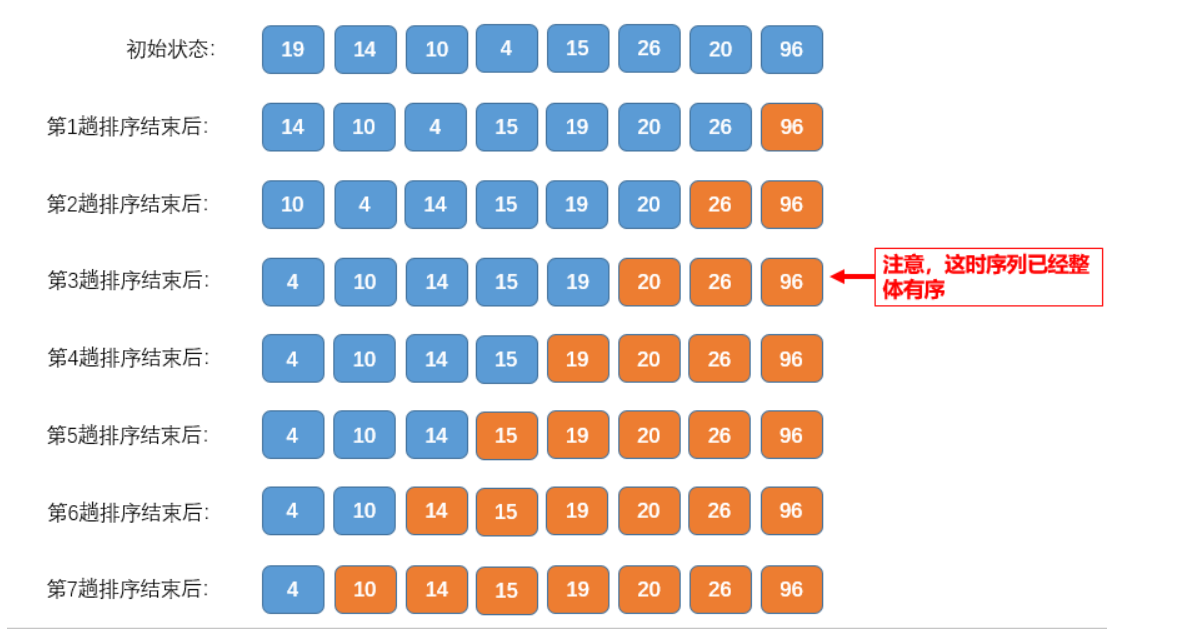 2. Quick sorting
Fast sorting is a kind of exchange sorting method of binary tree structure proposed by Hoare in 1962.
Basic idea: (divide and rule)
1. First, take a number from the sequence as the key value;
2. Put all numbers smaller than this number on its left side, and all numbers greater than or equal to it on its right side;
3. Repeat the second step for the left and right small sequences until there is only one number in each interval.
Process:
The common ways to divide the interval into left and right halves according to the reference value are as follows: 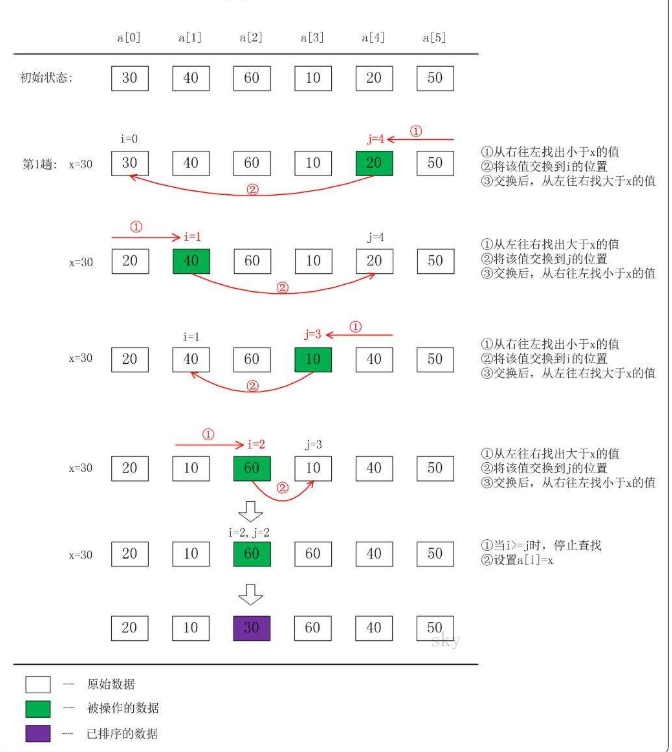 Basic ideas:
The array is divided into two groups A and B. if the data in these two groups are in order, then it is very convenient to sort these two groups of data.
Group A and B can be divided into two groups. By analogy, when the divided group has only one data, it can be considered that the group has reached order, and then merge the two adjacent groups. In this way, the merging and sorting are completed by decomposing the sequence recursively and then merging the sequence.
Process: 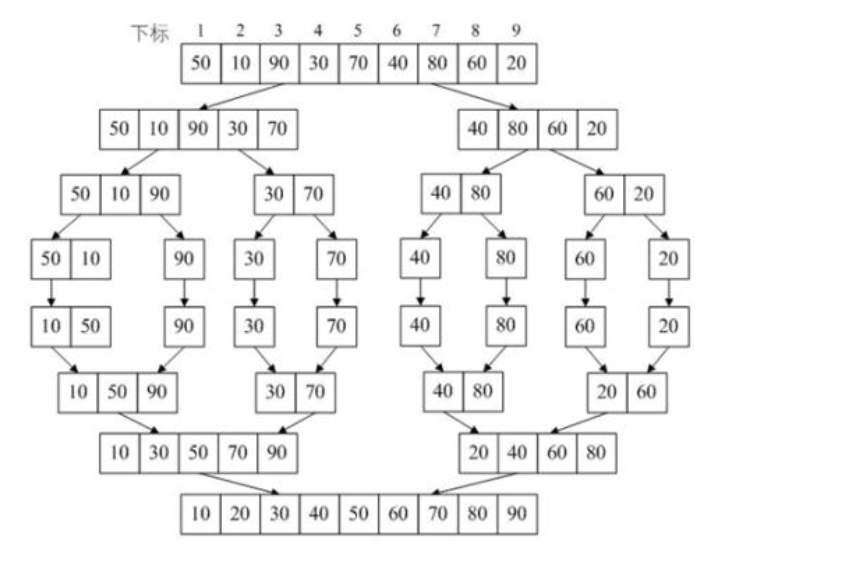 To sum up, each sorting method has its own characteristics, and no method is absolutely optimal. The proper sorting method should be selected according to the specific situation, and multiple methods can also be used together.