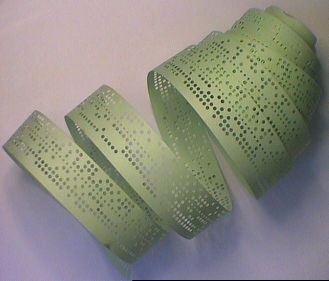 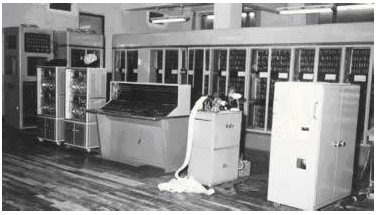 The programmer loads the punched paper tape (or card) corresponding to the program and data into the input machine, then starts the input machine to input the program and data into the computer memory, and then starts the program to run against the data through the console switch; After the calculation, the printer outputs the calculation results; After the user takes away the results and removes the paper tape (or card), the next user can get on the computer.

Manual operation has two characteristics:
(1) the user owns the whole machine. There will be no waiting because resources have been occupied by other users, but the utilization rate of resources is low.
(2) the CPU waits for manual operation. Insufficient utilization of CPU.

Satellite machine: a machine that is not directly connected to the host but is specially used to deal with input / output equipment.

(1) read the user job from the input machine and put it on the input tape.

(2) read the execution result from the output tape and transmit it to the output machine.

In this way, the host does not directly deal with slow input / output devices, but with relatively fast tape drives, which effectively alleviates the contradiction between the host and devices. The host computer and satellite computer can work in parallel, and their division of labor is clear, which can give full play to the high-speed computing ability of the host computer.

Offline batch processing system: it was widely used in the 1960s. It greatly alleviated the contradiction between man-machine and host and peripherals.

Insufficient: only one job is stored in the host memory each time. Whenever it sends an input / output (I/O) request during operation, the high-speed CPU is waiting for the low-speed I/O to complete, resulting in idle CPU.

In order to improve the utilization of CPU, a multiprogramming system is introduced.

Store the A and B programs in the memory at the same time. Under the control of the system, they can run alternately on the CPU. When the a program abandons the CPU due to requesting I/O operation, the B program can occupy the CPU for operation, so that the CPU is no longer idle, and the I/O equipment undergoing A I/O operation is not idle. Obviously, both the CPU and I/O equipment are in the "busy" state, The utilization rate of resources is greatly improved, which also improves the efficiency of the system. The time required for the completion of a and B is < < T1 + T2.

(1) multi channel: several independent programs are stored in the computer memory at the same time;

(2) macro parallelism: several programs entering the system at the same time are in the process of operation, that is, they have started their own operation, but they have not finished;

(3) micro serial: in fact, each program uses CPU in turn and runs alternately.

The emergence of multiprogramming system marks the gradual maturity of the operating system. It has the functions of job scheduling management, processor management, memory management, external device management, file system management and so on.

Because multiple programs run in the computer at the same time, the concept of space isolation began to exist. Only the isolation of memory space can make the data more secure and stable.

In addition to spatial isolation, multichannel technology also embodies the characteristics of space-time reuse for the first time. When encountering IO operation, it switches programs, which improves the utilization of cpu and the working efficiency of computer.

Difference between process and program

Process scheduling in the case of single core 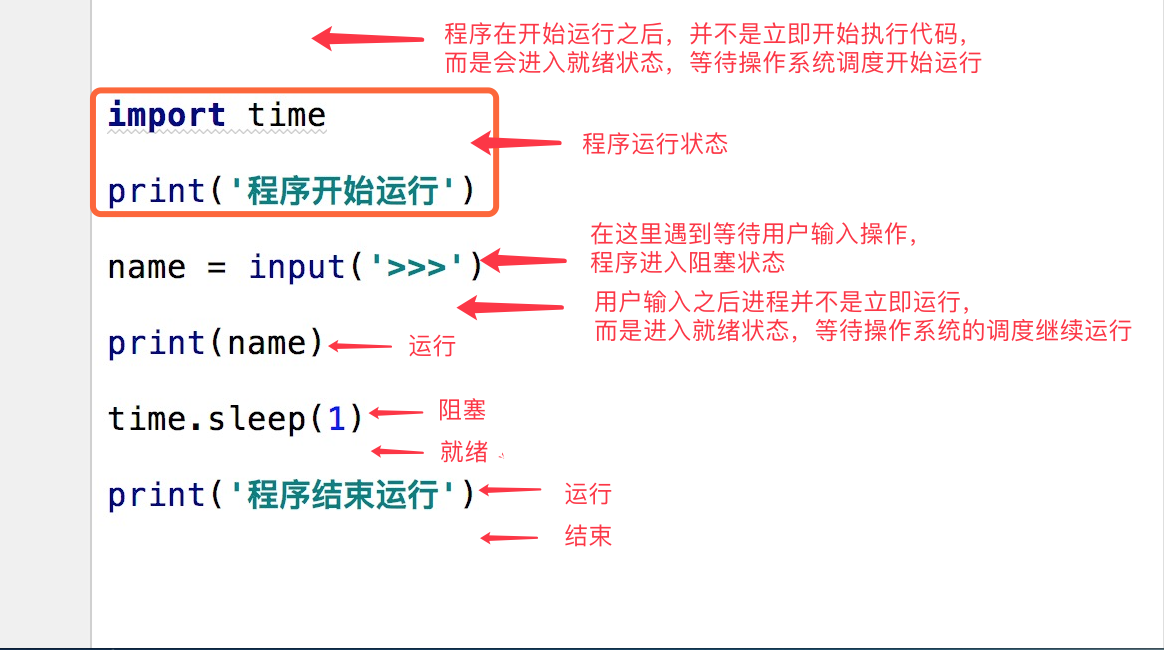 Lowest efficiency. Take the above example, that is, you concentrate on queuing and do nothing else.

If the person waiting for business in the bank uses an asynchronous way to wait for the message to be triggered (notified), that is, he receives a small note. If he cannot leave the bank to do other things during this period, it is obvious that the person is blocked in the waiting operation;

Asynchronous operation can be blocked, but it is not blocked when processing messages, but when waiting for message notification.

Imagine that while you are on the phone, you still need to look up to see if the queue has reached you. If you regard calling and observing the position of the queue as two operations of the program, the program needs to switch back and forth between these two different behaviors, and the efficiency can be imagined to be low.

Because calling is your business (waiting person) and notifying you is the business of the counter (message trigger mechanism), the program does not switch back and forth in two different operations.

For example, this person suddenly found that he was addicted to smoking and needed to go out for a cigarette, so he told the lobby manager that if he had to inform me outside when he reached my number, he would not be blocked in the waiting operation. Naturally, this is the asynchronous + non blocking method.