Below is a binary search tree 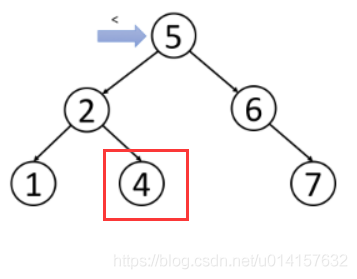 Insert 4 into the tree on the left, starting from the root node. 4 is less than 5, so continue to search the left subtree. 4 is greater than 2, and 2 has no right child, so 4 is inserted into the tree as the right child of 2. 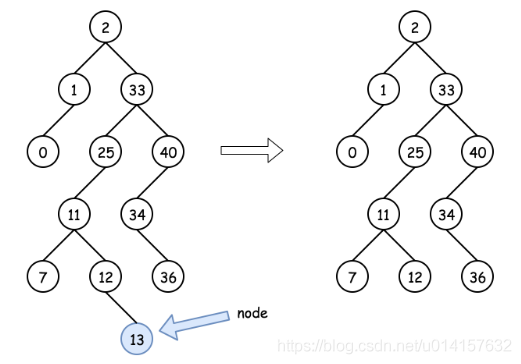 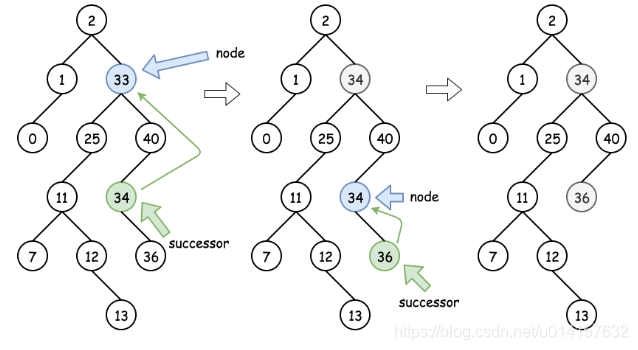 3: The target node has only the left node. You can use the rightmost node of its left subtree to replace it (that is, the largest node in the left subtree), and then recursively delete the node downward. As shown in the figure below: 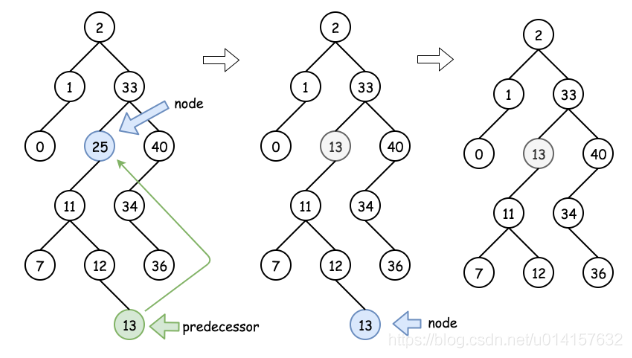 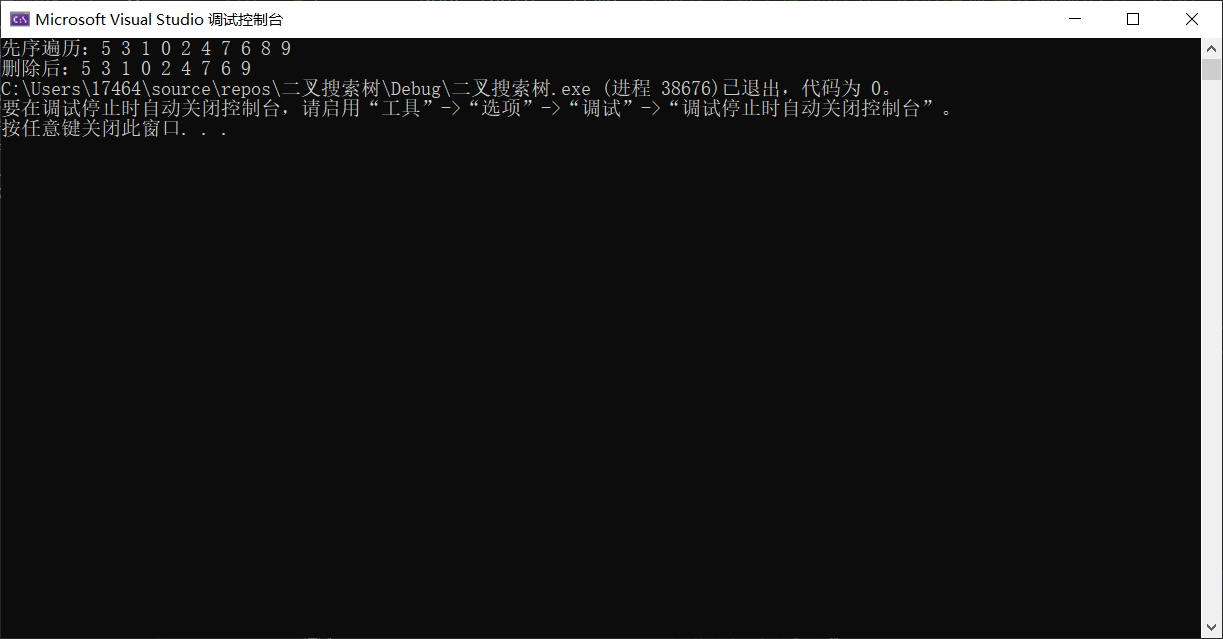