_ Self organization_ Mapped neural network (SOM) is an unsupervised data visualization technology, which can be used to visualize high-dimensional data sets in low-dimensional (usually 2-dimensional) representation. In this article, we studied how to use R to create SOM for customer segmentation.

SOM was first described by Teuvo Kohonen in Finland in 1982, and Kohonen's work in this field makes him the most cited Finnish scientist in the world. Usually, the visualization of SOM is a color 2D map of hexagonal nodes.

SOM visualization consists of multiple "nodes". Each node vector has:

The key feature of SOM is that the topological features of the original input data are retained on the graph. This means that similar input samples (where similarity is defined according to input variables (age, gender, height, weight) are placed together on the SOM grid. For example, all 55 year old women with a height of about 1.6m will be mapped to nodes in the same area of the grid. Considering all variables, short people will be mapped elsewhere. In terms of stature, tall men are closer to tall women than small fat men because they are much "similar".

A typical SOM visualization is a "heat map". The heat map shows the distribution of variables in som. Ideally, people of similar ages should gather in the same area.

The algorithm for generating SOM from sample data sets can be summarized as follows:

R can create SOM and visualization.

Visualization can check the quality of the generated SOM and explore the relationship between variables in the dataset. 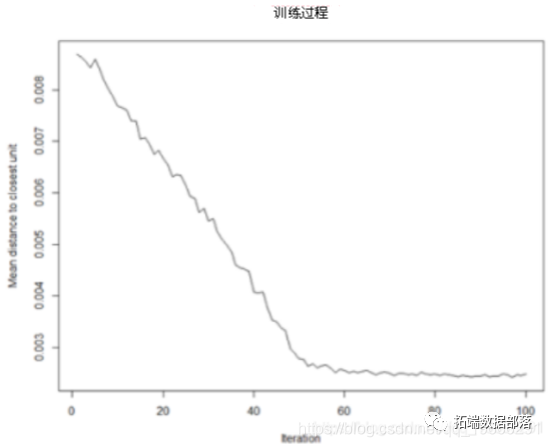 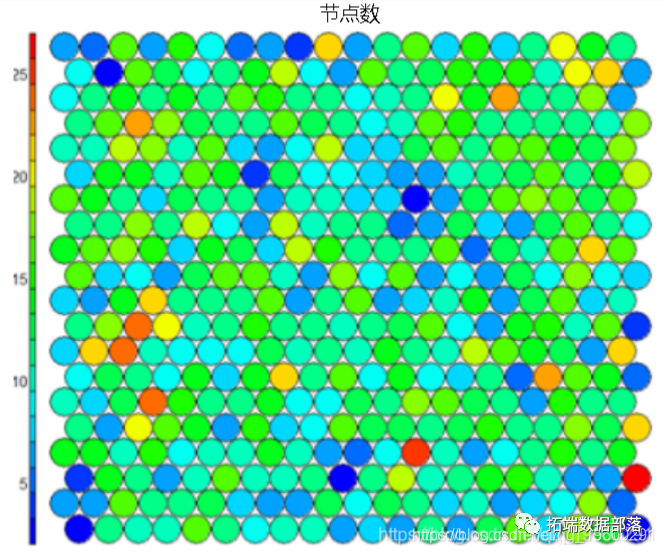 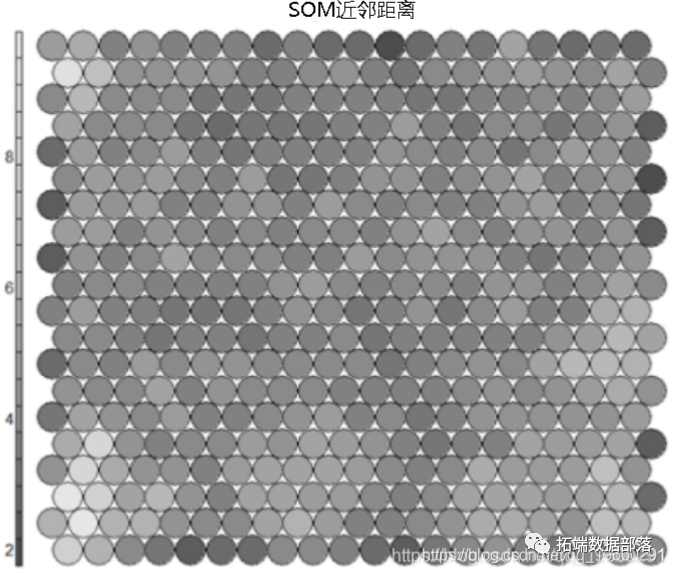 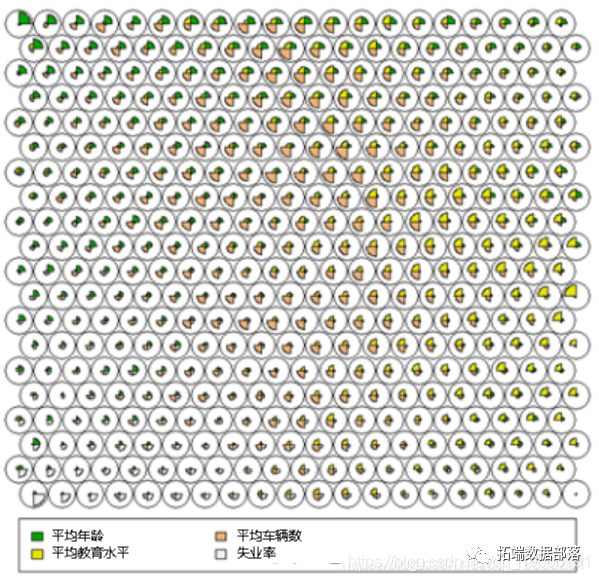 Clustering and segmentation of self-organizing graph

Clustering can be performed on SOM nodes to find sample groups with similar metrics. The kmeans algorithm can be used and the "elbow point" in the "sum of squares within the class" graph can be checked to determine the appropriate cluster number estimation. 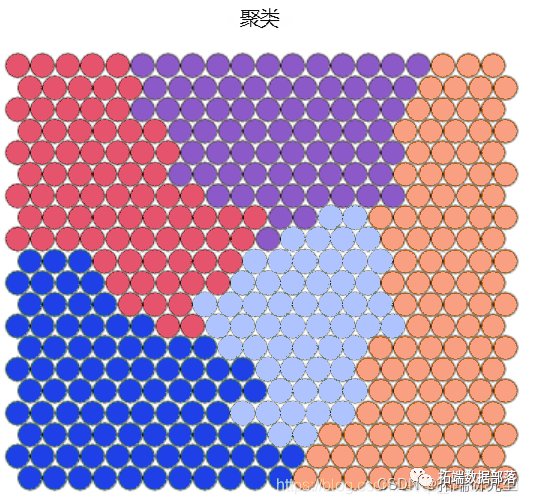 Ideally, the categories found are continuous on the surface of the graph. In order to obtain continuous clustering, a hierarchical clustering algorithm can be used, which only combines similar AND nodes on SOM grid.

Map the cluster back to the original sample

When the clustering algorithm is applied according to the above code example, the clustering is assigned to each node on the SOM map instead of the original sample in the dataset.

Using the statistical information and distribution of training variables in each cluster to construct meaningful pictures of cluster features - this is both art and science. The process of clustering and visualization is usually an iterative process.

Self organizing mapping (SOM) is a powerful tool in data science. Advantages include: