Design a traffic consulting system by reading National Urban distance map ( http://pan.baidu.com/s/1jIauHSE , please dynamically load it into memory when the program is running, and you can convert excel into csv for easy reading),
realization:

First, you need to read and write the file and pay attention to the given format.

Solving the first K short path of two cities can not directly call the above results, so it is necessary to design a new algorithm to solve it directly.

The city information in the program is mainly stored by graphs. The definition of graph class is as follows:
"Undirected graph" CC_ Construction of group class:
Data members are:

C_Adj array is used to store edge information, C_ If adj [i] [j] is not zero, it means that there is an edge (I, j) and the weight on this edge is C_ Value of adj [i] [j].
C_Visited[i] is used to store whether the node is accessed. If it is 0, it is not marked, and if it is 1, it has been marked. All defaults to zero.
C_Point indicates the number of nodes in the current graph
C_ArcNum represents the number of edges in the current graph
The initialization of the diagram is completed with a file:

All paths in the second function use the linked list as the storage structure, and each linked list stores a path:

Main program module: the main function is designed as follows:
First, create an object of the graph class and initialize it with a file.

Dijkstra: set whether the saved Visited [] is marked, Dis [] saves the length of the node path from the user's starting point to the next label, and Father [] saves the previous node on the shortest path.
The main body of the algorithm has three steps: 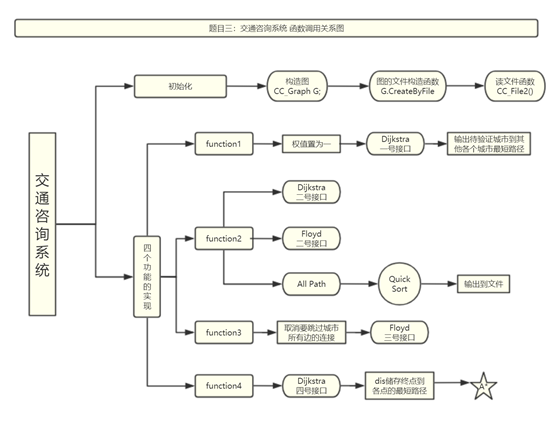 Implementation of Dijkstra algorithm for finding the shortest path:

Set whether the Visited [] save is marked, Dis [] saves the length of the node path from the user's starting point to the lower label, and Father [] saves the previous node on the shortest path. Others are similar to Prim algorithm.
The main body of the algorithm has three steps:

Then the output statement:

Output the route according to the precursor relationship of the nodes in the Father array memory.
The above is the basic part of dijestra algorithm,

In this program, this algorithm has been called many times. In order to reduce the repeated code and improve the reusability of the code, an interface is added in this algorithm, that is, a switch case switch statement. When calling dijestra, the parts that need to be entered need to be given in the parameter list to realize different functions.

Similar to dijestra algorithm, Floyd algorithm is called many times in this program, so an interface is designed similarly: 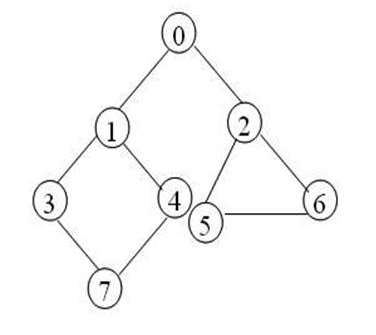 In the A * algorithm, using the priority queue is to use the heuristic function f(s) to determine the priority of the state in the priority queue. When solving this problem, select h(x)=dt(x), dt(x) is the shortest distance from node x to the target node, which is directly obtained by Dijkstra.
The k-th shortest path can be found by controlling the number of times each node enters (or leaves) the queue as K times.

Write all path results to file: 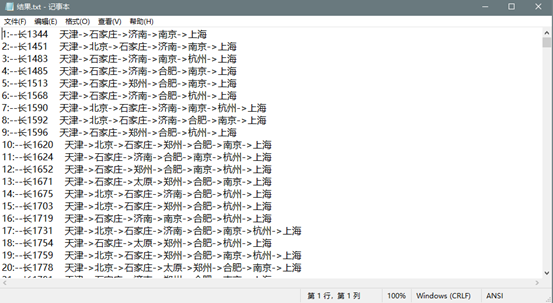 After opening the program, the menu and city information will be displayed. Select the required function input. Note that the city entered in this program is the corresponding number of the city (the corresponding relationship is given in the menu) rather than the city name. 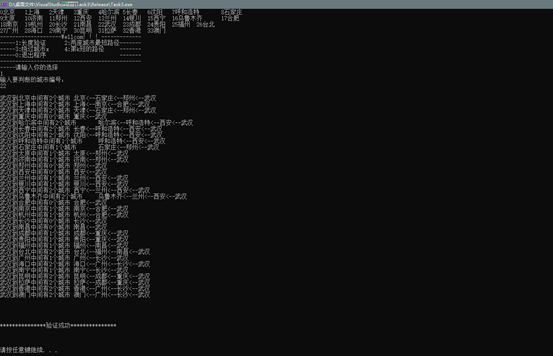 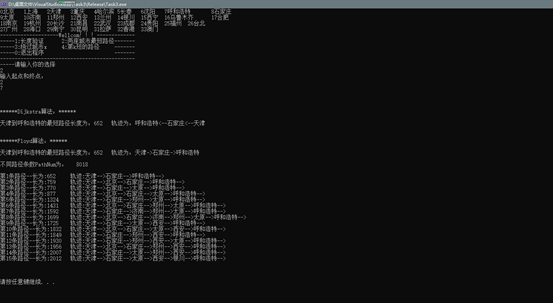 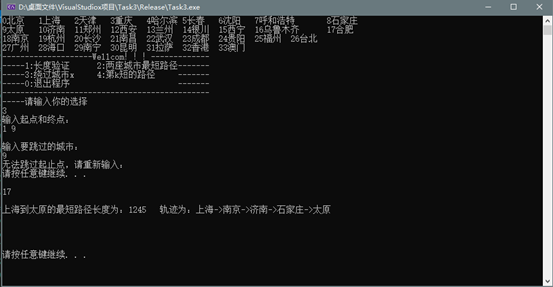 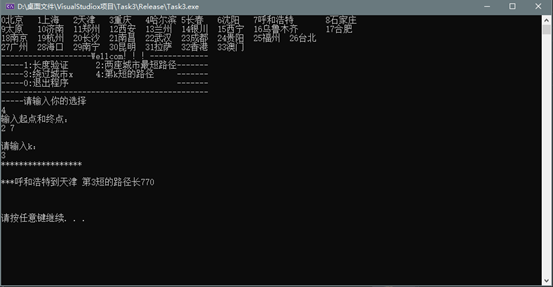