What is a stack? When we played with toy guns as children, we knew that the stack was like a gun's magazine. Every time a bullet was loaded, the bullet would go down to the bottom of the magazine. But when you hit the bullet, you found that it was from the last bullet you put into the magazine that you started shooting in turn. There are also web page back, word, ps "undo" operations are implemented using the stack.

A stack is a linear table that can only be inserted and deleted at the end of a table. It has the characteristics of "first in, second out".

One end that can be inserted or deleted is called top, and the other end is called bottom. Insert call stack or push stack, delete call stack.

What is a queue? In life, it's similar to a station queuing for ticket checking. After checking the tickets, they leave, and others line up in turn. Another example is input of letters or numbers by keyboard and output in notepad of display.

1. They are all linear structures with one-to-one logical relationship
2. The insertion is done at the end of the table
3. Same time and space cost

Storage structure of stack and queue

Note: Top refers to the top node of the stack. Insertion and deletion are carried out in the header (top of the stack).

Note:
The time complexity of sequence stack and chain stack is O (1).

The sequential storage structure of queues is the same as that of linear tables. However, in the linear table sequential storage structure, if you want to delete the elements (that is, queue out), then the elements behind the queue will move forward, and the time complexity is O (n), which limits the condition that the queue must be stored in the first n cells of the array. Without this restriction, will the performance be greatly improved? So queues are stored in this way. 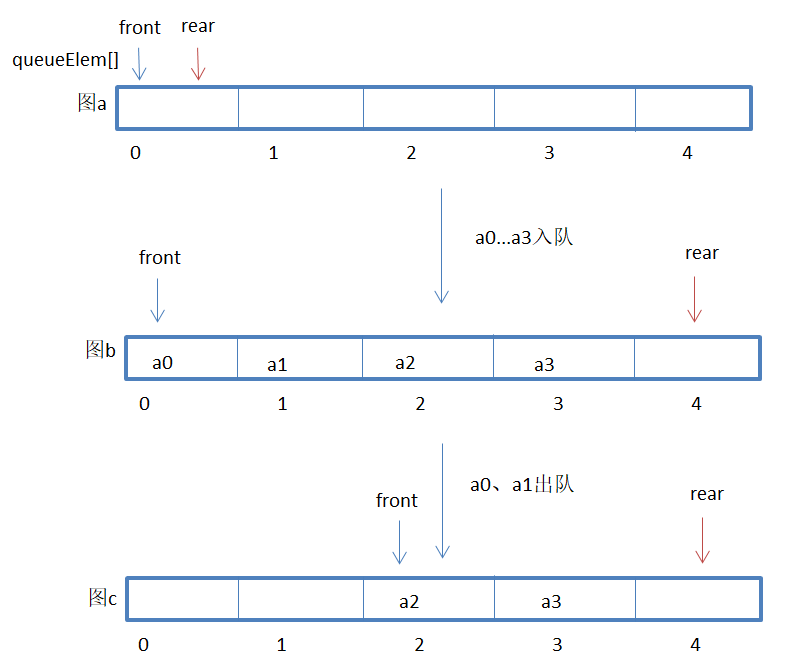 So the real at this time should point to array 0. 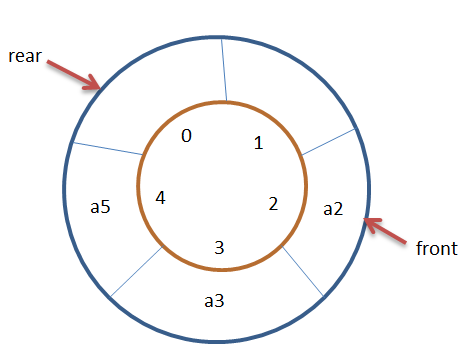 At this time, a6 and a7 are joining the team: 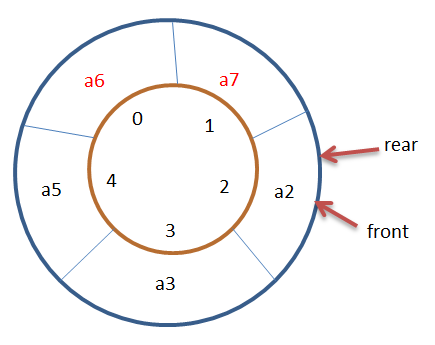 It is found that:
When the queue is empty,

When the team is full

How to judge?
There are many ways to solve this problem:
Method 1:

The chained storage structure of queues is implemented by a single chained table without leading nodes.