Today is December 27, 2021. A few days ago, the low code launch platform developed by our insurance team was finally launched. It took about four months from product planning to launch. This article does not introduce the concept of low code in detail, but directly introduces the conception process of the product from 0 to 1 in the R & D stage.

The reason of birth

Speaking of the reasons for the birth of products, we should also start from the company's business model. An important business link of the company is advertising through a third-party platform to attract users to open the launch page for capital retention. In this business link, the business personnel of the launch group may frequently modify the needs of the launch page after finding the corresponding channel, For CV engineers who have dreams, it is impossible to spend a good time in the work of changing drawings, documents and plates day after day. In fact, my predecessors also developed a configuration function to solve this problem, but I didn't think it was flexible enough, so my brain came up with an idea: can I use low code ideas to solve this problem, so that users can directly generate a page with a simple drag and drop operation, so the seed of this product sprouted in my brain 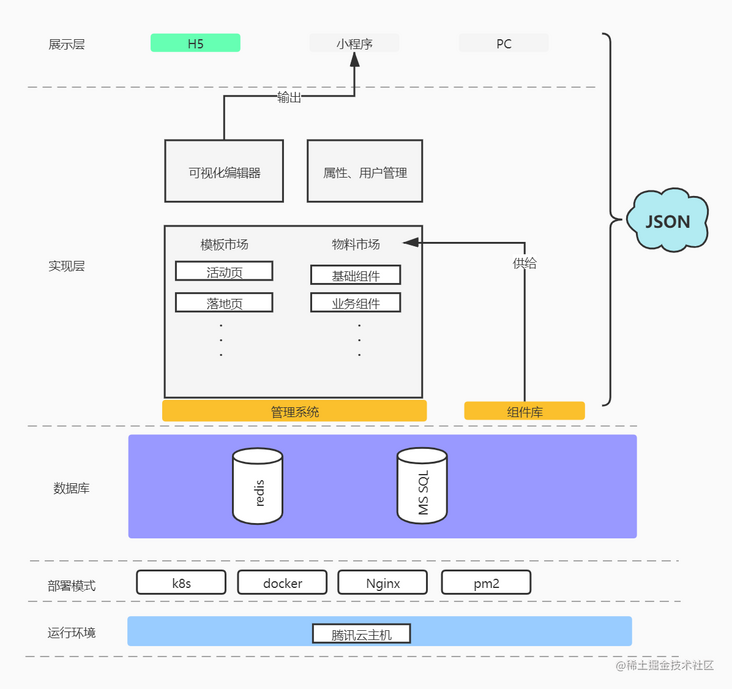 My idea is to divide the page into components. Components are the smallest unit. The page is composed of components. Components are the carrier of business functions. Users assemble the page by dragging and dropping the visual components, generate the page and a corresponding json data, save it to the database, and find the corresponding json from the database for analysis when displaying the page, By parsing json to determine the rendering location of components, rendered data, etc.

It can be seen that the src of img is a dynamic value, and the value is passed in from outside props, which determines the flexibility of the component. The value displayed by the component is passed in by the host project

The screenshot below shows:

In addition to the assembly page, the management system also develops the functions of component management (component naming and component configuration data) and user management

Finally, the assembled page should be viewed on the H5 project on the C-side. Query the corresponding page json data through the released page Id, and then determine the component to be loaded, the location and configuration data of the component display by parsing the json data 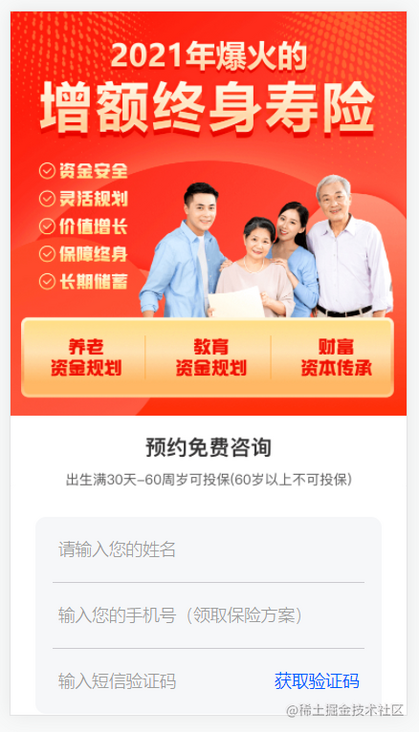 The Node background is the interface to provide application side with management data. For the C-side to obtain page json data, in order to reduce the pressure of the database, reise is used to cache page json data, which is accessed only by the first user

Some problems and solutions encountered in development

This article describes the overall project architecture and implementation ideas of low code. In the later articles, we will also focus on the graphical interface. For example, the implementation of drag and drop, how the components in the canvas are linked after the attribute value is adjusted, how the page description json is generated and rendered into components, and how the component library shows how the unit is transformed and how the table structure is designed on the pc side and mobile side at the same time. Interested friends, let's pay attention! I'll see you in the next article.