Automatic degradation refers to the degradation operation based on system load, resource usage and other indicators.

When the response of the accessed database / HTTP service / remote call is slow, if this service is not a core service, it can be automatically degraded after timeout. For example, the comment information in the product details page can be directly degraded after the query timeout, and then the front end can query the separate comment information.

When the system relies on external interface calls and fails for a certain number of times, it can be degraded automatically. Then start an asynchronous thread to detect whether to recover, and automatically cancel the degradation after recovery (the bank / third-party channel system fails).

Most of these failures refer to internal system failures. When the system fails, the processing schemes can include: default value (inventory is available by default), bottom data (the advertising system hangs and can directly return to the previously prepared static page), cache, etc.

When the system load is too large, you can use queued pages, no goods or error pages. Some technical solutions for degradation will be used. Please refer to the author's distributed system degradation strategy.

During the promotion, some problems can be found through online monitoring. If the system cannot be degraded automatically at this time, manual intervention is required. For example, some background scheduled tasks will occupy part of the system resources. At this time, if the system is running under high load, you can manually stop the scheduled task. Restart after the peak value has passed. Normally, the switch configuration file will be placed in the configuration center. The implementation of the configuration center can be realized through ZooKeeper, Redis, consult, etc.

In addition, for the new system, the drainage can be controlled by the switch when the gray test is carried out. When a problem is found in the gray environment, you can switch to the online environment through switch degradation.

Hystrix was first opened by Netflix (as everyone who has seen American dramas knows, it is a giant company in American drama film and television production). Later, Spring Cloud Hystrix realized a series of service protection functions such as circuit breaker and thread isolation based on this framework. The goal of this framework is to control the nodes accessing remote systems, services and third-party libraries, Thus, delay and fault provide more powerful fault tolerance. Hystrix has powerful functions such as service degradation, service fusing, thread and signal isolation, request caching, request merging and service monitoring. It plays a microservice protection mechanism to prevent a unit from failure, which leads to dependency, fault spread, and finally the paralysis of the whole system.

Suppose we have a service and then need to call the order service to obtain the order information, but the order service call fails (service paralysis). At this time, we can't return null or report an error, which will easily lead to the exception of the whole call chain and even the paralysis of the whole service. Therefore, we can provide degradation and remote request query failure (query db), But we can downgrade the query cache.

With the popularity of microservices, the stability between services and services becomes more and more important. Sentinel takes traffic as the starting point to protect the stability of services from multiple dimensions such as traffic control, fuse degradation and system load protection.

Here we use nacos to persist the degradation rules to nacos.

The above is all the code;

Next, configure rules through sentinel dashboard:

The resource name is the value of @ SentinelResource:

Operation failure is a normal return 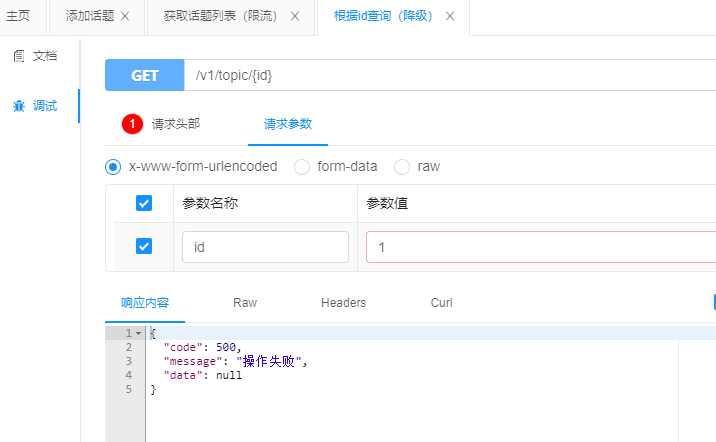 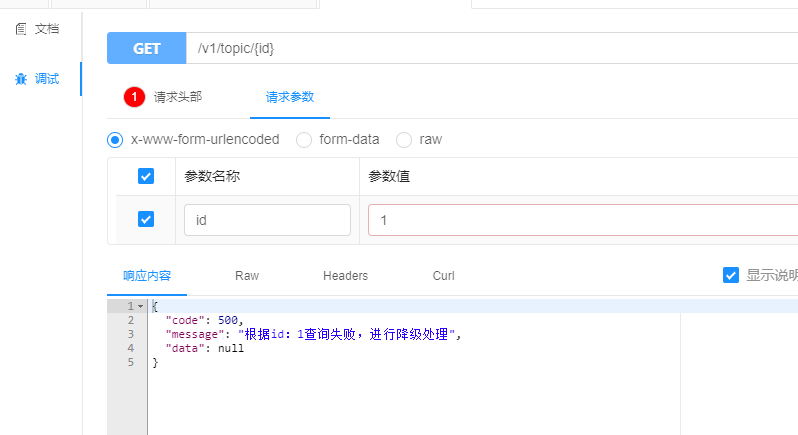