The previous article talked about the call instruction calling the sum function in main.

At this time, the CPU jumps to sum and starts to execute the following commands:

The first two instructions of sum are the same as those of main.

It can be seen from the above instructions that the function preamble of sum does not reserve stack space for local and temporary variables of sum by adjusting the value of rsp like the preamble of main.

Does this mean that sum does not use the stack to store local variables?

The reason why main needs to adjust the rsp value to reserve the stack space used by local variables and temporary variables is that main also needs to call sum with call, and call will automatically subtract 8 from the rsp value, and then save the return address of the function to the stack memory location indicated by rsp. If main does not adjust the rsp value, Then, when call saves the value of the return address of the function, it will overwrite the value of the local variable or temporary variable of main, and no instruction in sum will automatically use rsp to save data to the stack, so there is no need to adjust the value of rsp.

The above instruction saves the two parameters passed from main to sum in the appropriate position of the current stack frame by rbp plus offset, and then takes them out and puts them into the register. It seems a bit superfluous. This is because the optimization level is not specified for GCC during compilation, and no optimization is done by default during gcc compiler, so it looks verbose.

Let's look at the next three instructions.

Here, the main functions of sum have been completed. Let's take a look at the status diagram of the current stack and register: 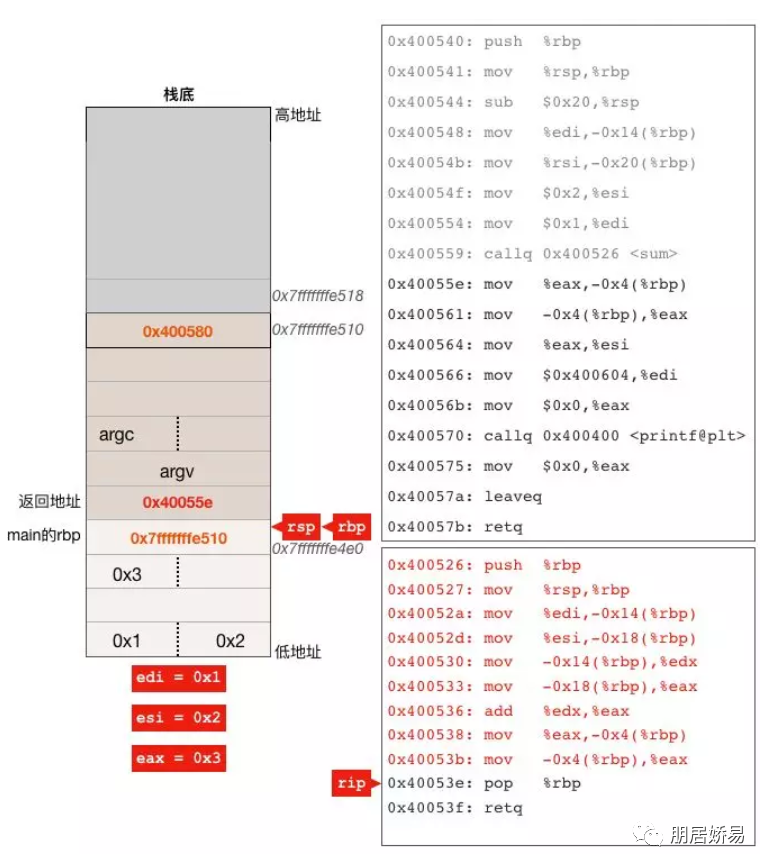 It should be noted that the two parameters and return values of sum are int, accounting for only 4 bytes in memory, while each stack memory unit in the figure is 8 bytes and aligned according to the 8-byte address boundary, so it is like the above figure.

Next, continue to execute the pop%rbp instruction, which contains the following two operations:

The status diagram is as follows: 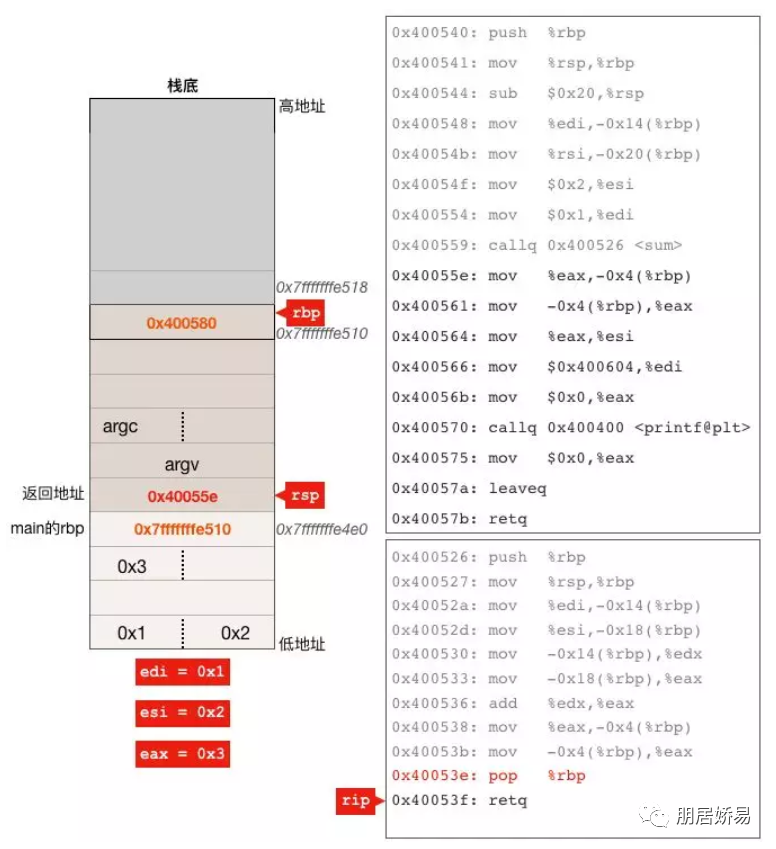 At this time, the value in eax is 3, that is, the value returned after the execution of sum. Take a look at the following status chart: 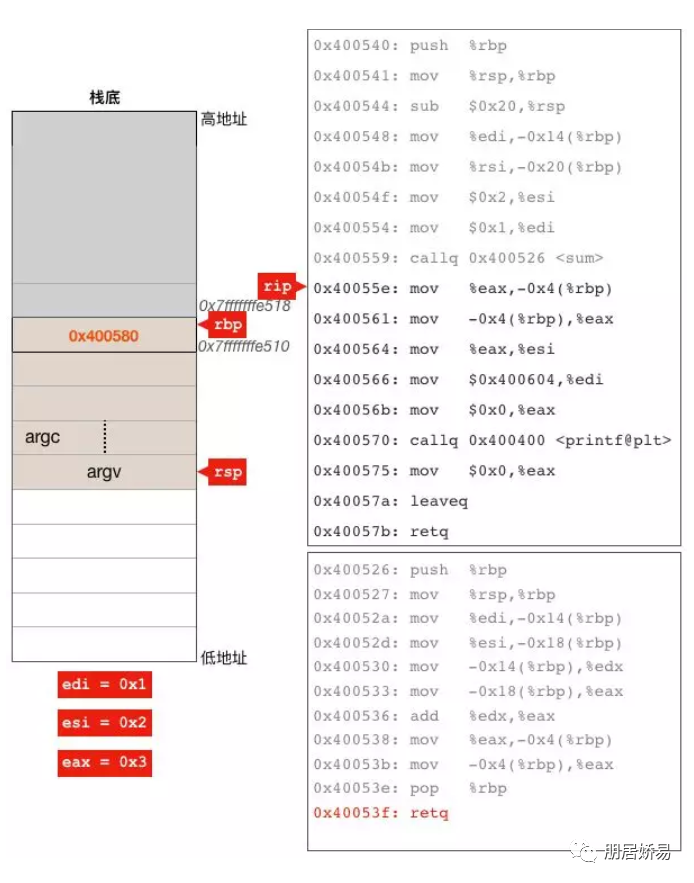 Continue with the following command: 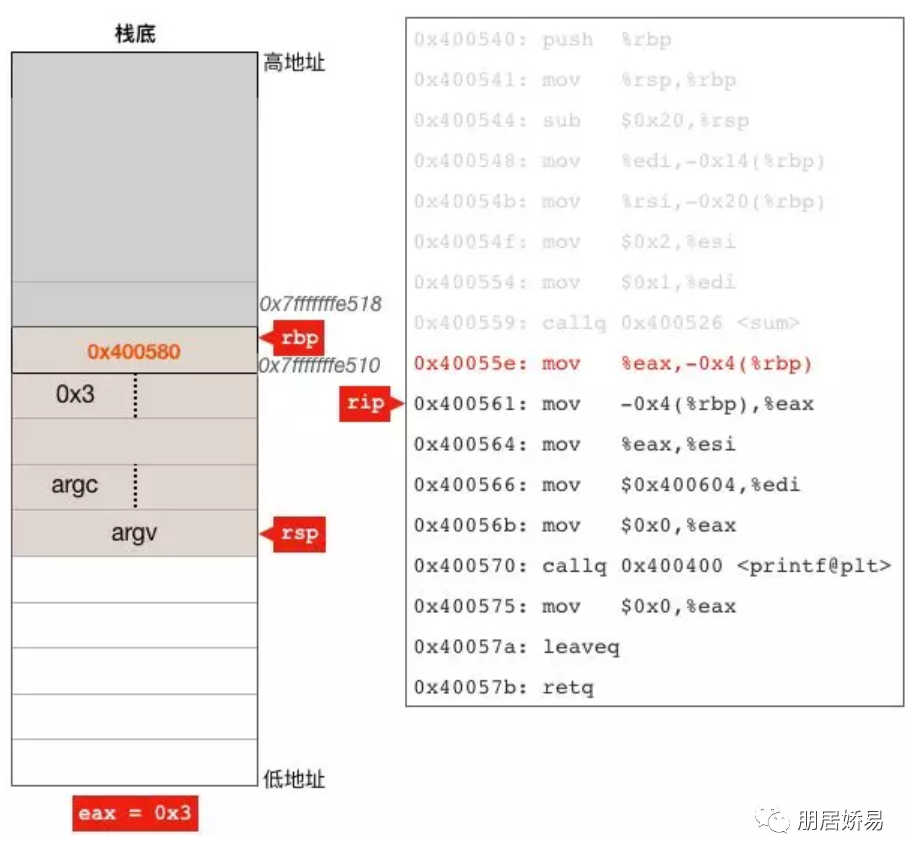 Further instructions are as follows:

The above instructions first prepare parameters for printf, and then call printf, which is similar to the process of calling sum, so that CPU can be directly executed to the second countdown leaveq instructions of main. At this time, the stack and register status is as follows: 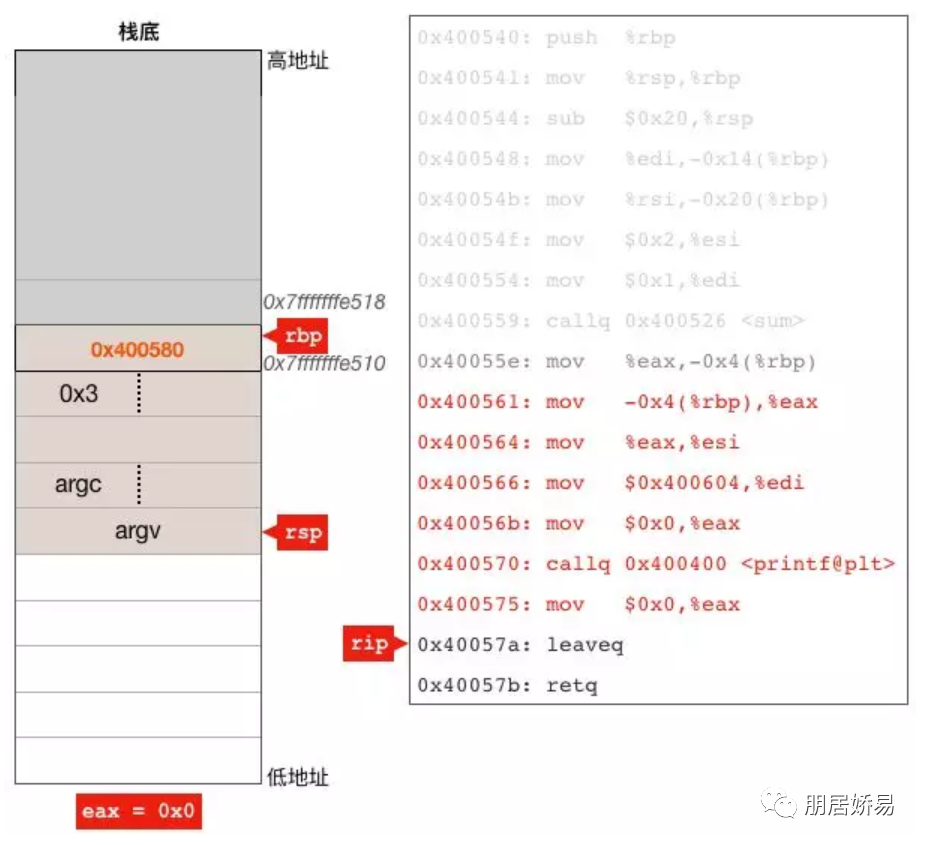 The last mov $0x0 of the leaveq instruction, the%eax directive, is to return main value 0 to register eax, and so on when main returns, it can get the value by calling main. 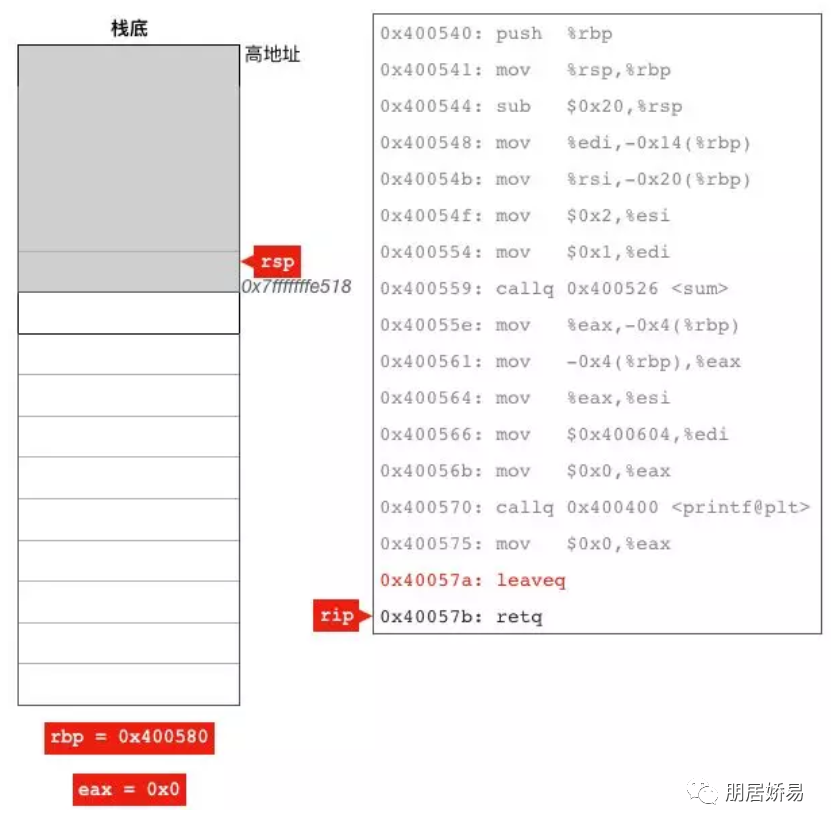 At this time, there is only the retq instruction left in main. As described in the analysis of sum before, this instruction will completely return to the function calling main to continue execution.

Well, that's the end of this article. If you like, let's have a triple hit.