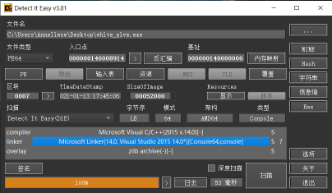 Or do you want to check the basics first?
64-bit shell-less 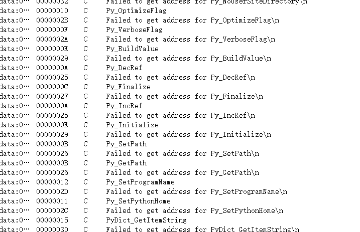 So we can guess that this is a python file
Then you need to restore the exe file to the py file
Seeing this reminds me of a previous example of Happy New Year. It looks like the two topics should have the same idea]
So it's good to do more examples

PyInstaller Extractor is a resource content that extracts the windows executable created by PyInstaller.

The default icons for exe made with PyInstaller are as follows: 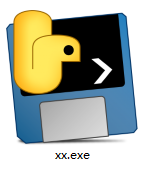 Place the pyinstxtractor.py and exe files in the same directory 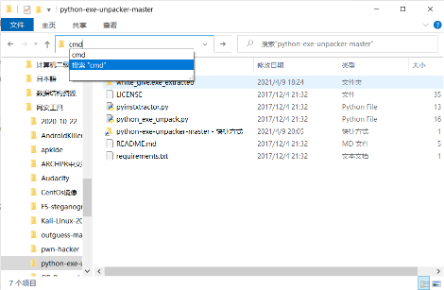 A new folder was found in the directory after running successfully 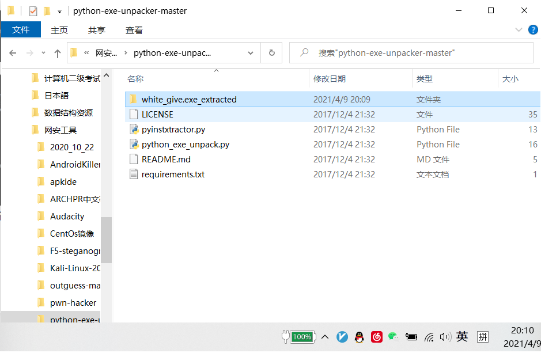 After running, the xx.exe_extracted folder is generated, into which various files are added.
Targeting some suffix-free files (usually the same as the title name) is actually a pyc file with fewer pyc headers

Go into the folder and find two files, struct and white_give (one is required to complete struct and the other is the file name of exe) 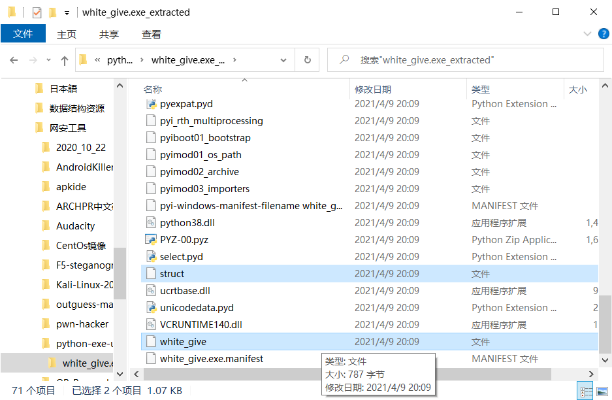 Open the downloaded wxMEdit and open both files inside 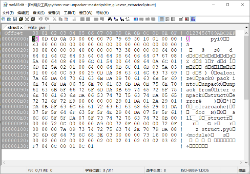 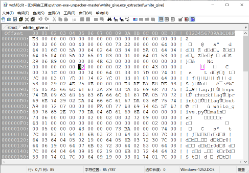 So we copy the header file from the struct to white_give
When copying, note to move the mouse cursor to the position of line E3, hold down the left key, and slide to the front of line 55
Then click Copy again or it will be easy to copy errors 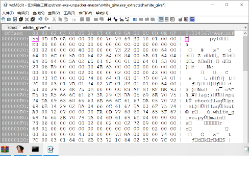 After clicking Save, go back to the directory and find white_give again and rename it white_give.pyc 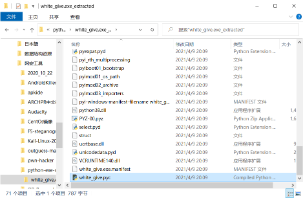 And run cmd input in this directory

You can see the source code after running successfully 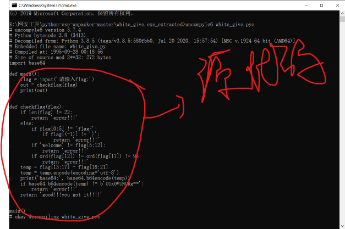 You will see that white_give.py was generated after running successfully 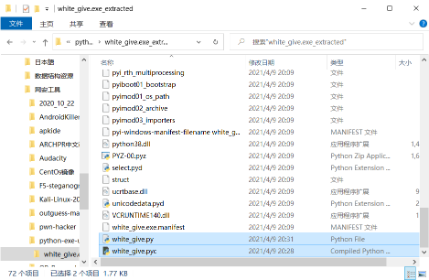 Next, flag can be analyzed by simply analyzing the code