Super long warning!!! It is recommended to look at the catalogue first

Introduction to docker and related cases
It's not easy to summarize. If you agree, please like it~
If there is any mistake, please correct it! 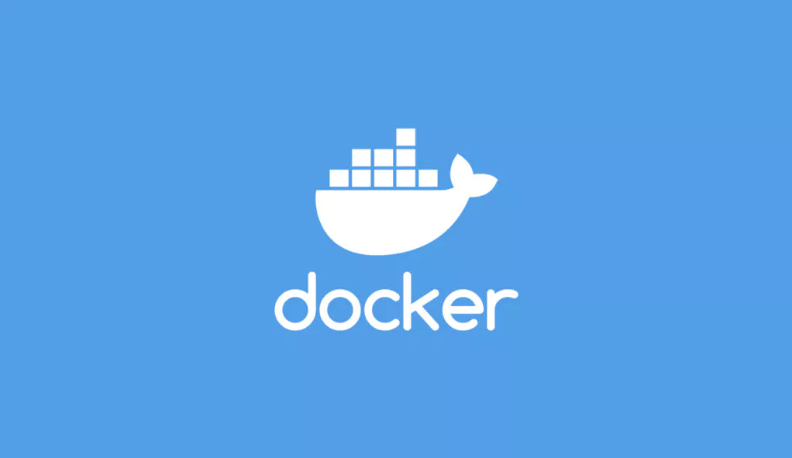 This document is based on the teaching video of station B. It is highly recommended to watch this UP main teaching video, Video address
According to the relevant teaching videos, we have gained a lot. Thank you very much, Lord up
If you can, please click the video link and click like coin sharing and forwarding at the bottom of the video. Your support is very important

Why does Docker appear?

What can Docker do?

Virtual machine technology is to simulate another computer on a computer

Containerization Technology
[the external link image transfer failed. The source station may have anti-theft chain mechanism. It is recommended to save the image and upload it directly (img-ExX8ZAx6-1593050117056)(D:/typora/Typora/img/Docker 2020 latest super detailed / 1592643153551.png))

After using Docker, we deploy the application just like building blocks 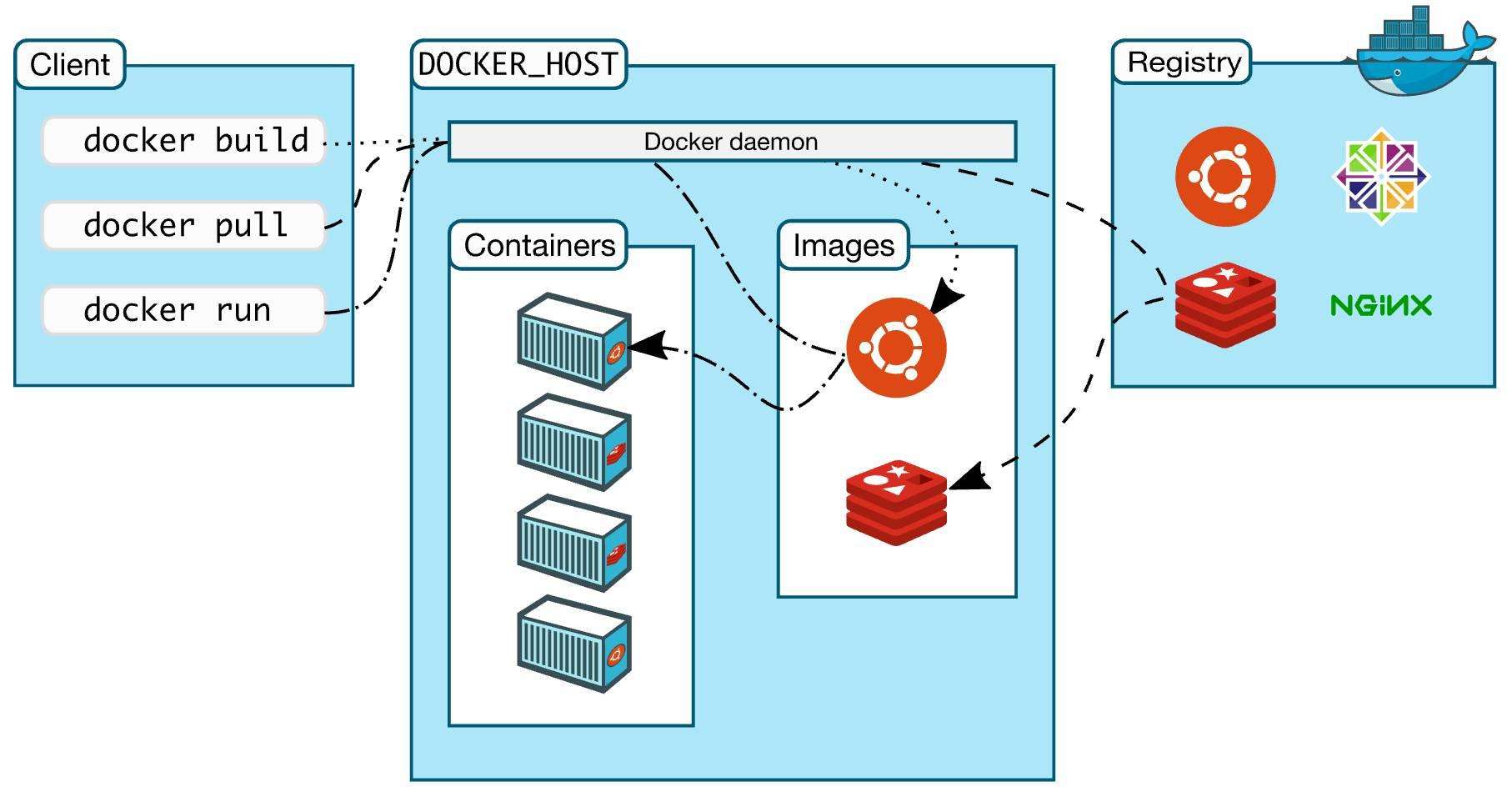 container
Docker uses container technology to independently run one or a group of applications and create them through images
There are start, stop, delete and other basic commands
Now we can understand this container as a simple Linux system

[failed to transfer the pictures in the external link. The source station may have anti-theft chain mechanism. It is recommended to save the pictures and upload them directly (img-pyy5OmB8-1593050117100)(D:/typora/Typora/img/Docker 2020 latest super detailed / 1592643179017.png)) 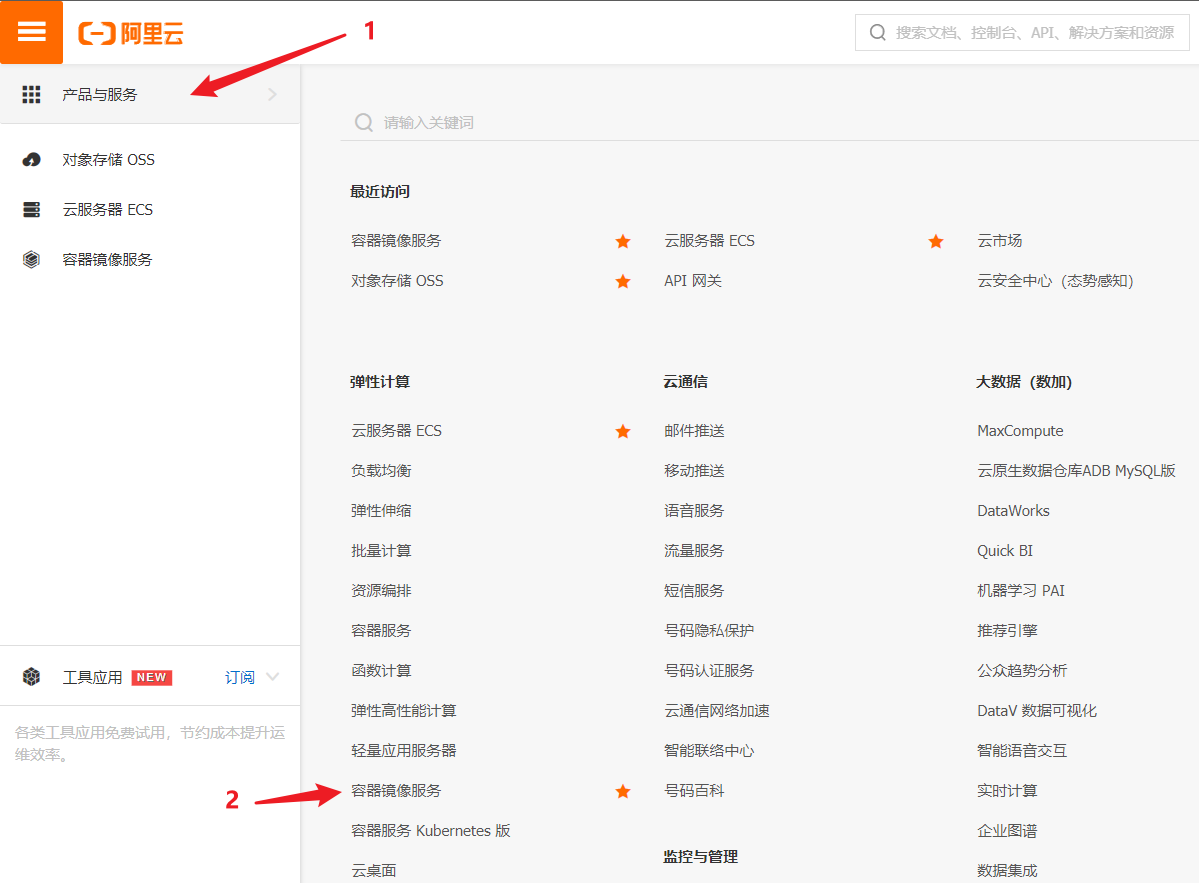 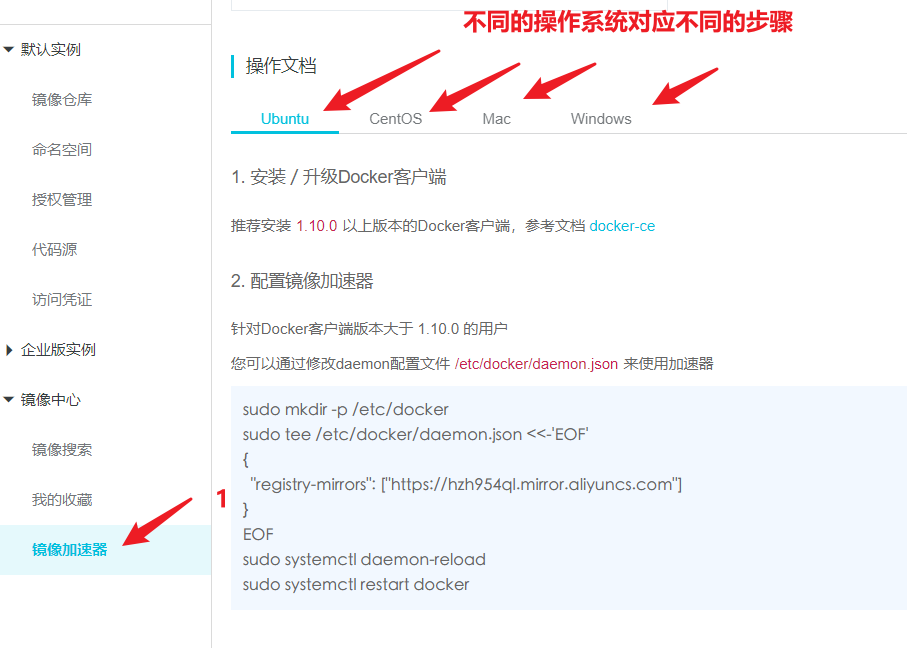 According to the four commands in the image accelerator 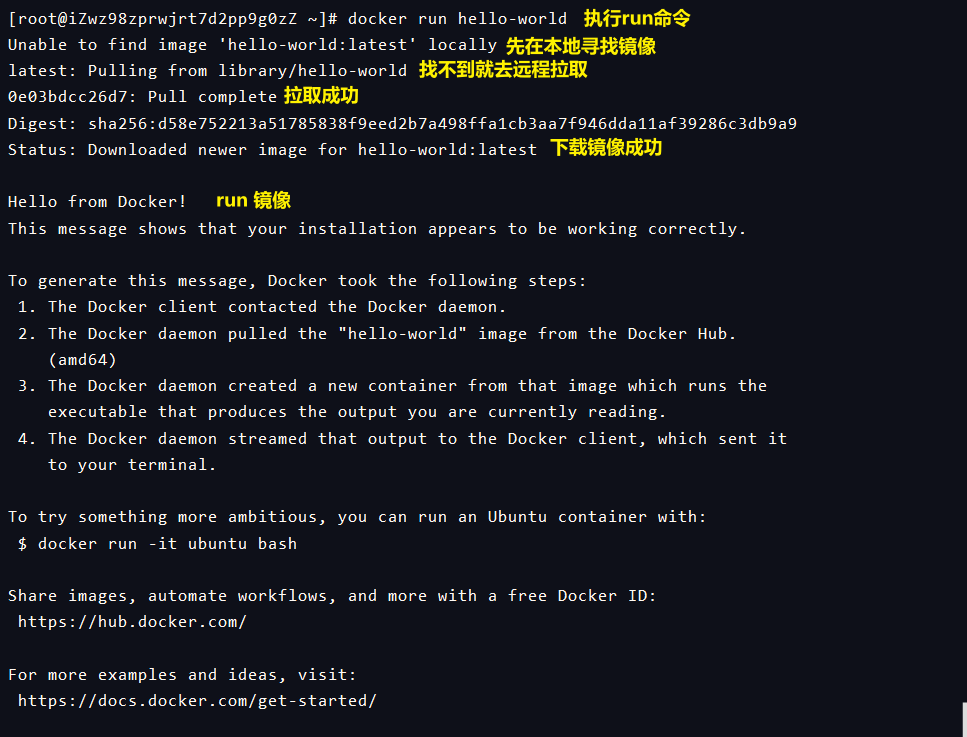 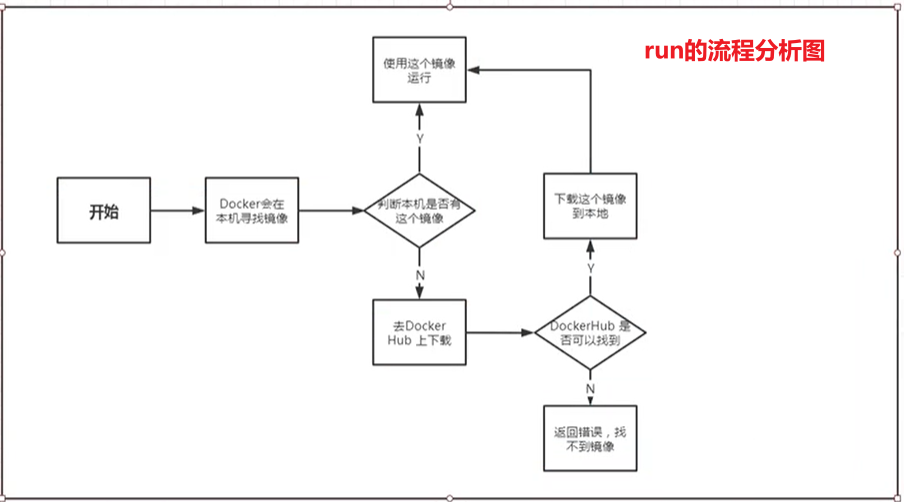 How does Docker work?

Docker is a Client Server system. The Docker daemon runs on the host and is accessed from the Client through Socket!

When the Docker Server receives the Docker Client instruction, it will execute the command

Why is Docker faster than virtual machine?

If you don't understand it very well, it doesn't matter. Go on and look down. When you come back to this theory after you have learned all the commands, it will be much clearer.

If you encounter an unknown help document to view:[ https://docs.docker.com/engine/reference/commandline/build/]

The web version can search the image through Docker Hub, and use docker search in the Linux command line

It can be deleted by IMAGE ID or by image name

[note] containers can only be created with images. Download a centos image to test and learn

docker inspect view the metadata of the image (important)

docker cp copies files from the container to the host 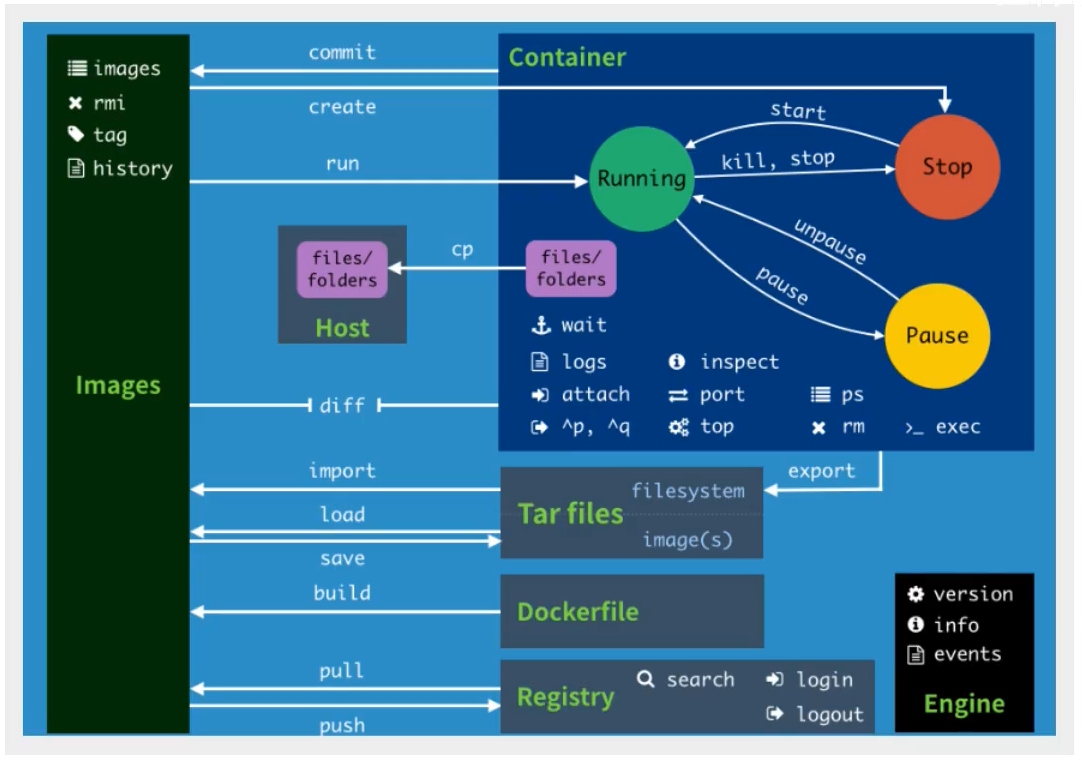 There are many commands for Docker. The above commands we have learned are the most commonly used container and image commands 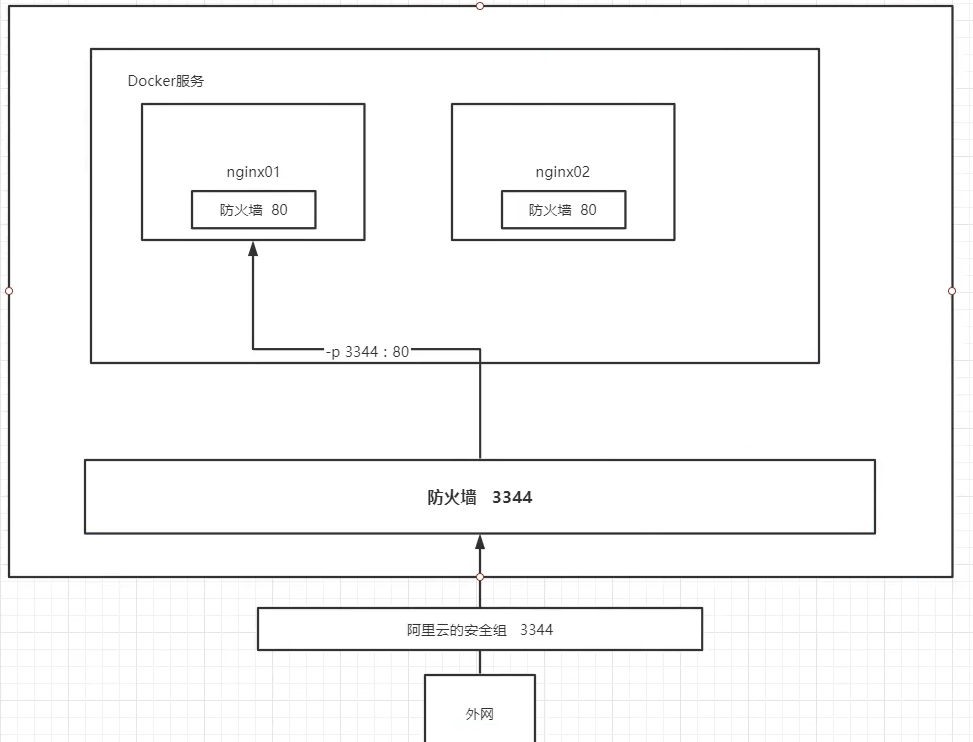 Thinking again: if every deployment project has to enter the container, it will be very troublesome. The answer is obvious. We can use volume technology to automatically synchronize with the external, so we don't have to enter every time.

Note: installation of ES takes up memory, 1.2G, and shuts down unused services in advance

There are two tools:

What is a porter?

[the external link image transfer failed. The source station may have anti-theft chain mechanism. It is recommended to save the image and upload it directly (img-1RcASqvP-1593050117113)(D:/typora/Typora/img/Docker 2020 latest version super detailed / 1592730037318.png))

After entering, you will be asked to create a user first, and then select Local to enter a control panel

What is mirror image?

All applications, directly package docker image, you can run directly!

So how to get the image?

This is what we saw when downloading!

[features] multiple file systems are loaded at the same time, but only one file system can be seen from the outside. Joint loading will stack the file systems of each layer, so that the final file system will contain all the underlying files and directories

Docker's image is actually composed of one layer of file system, UnionFS.

BootFS (Boot file system) mainly includes bootloader and kernel. Bootloader mainly loads kernel. When Linux is just started, it will load BootFS file system. The bottom layer of Docker image is BootFS. This layer is the same as our typical Linux/Unix system, including boot loader and kernel. When the boot load is completed, the whole kernel is in memory. At this time, the use right of memory has been transferred from BootFS to the kernel. At this time, the system will also unload BootFS.

RootFS (Root File System), on top of BootFS, contains / dev, / proc, / bin, / etc and other standard directories and files in a typical Linux system. RootFS is a variety of different operating system distributions, such as Ubuntu CentOS and so on.

The problem is that we usually install several G's of CentOS into the virtual machine. Why is Docker only 200M here?

That's because for a thin OS, RootFS can be very small, just including the most basic commands, tools and libraries. Because the underlying layer directly uses the Host's kernel, it only needs to provide RootFS. It can be seen that for different Linux distributions, bootfs is basically the same, and RootFS will be different, so different distributions can be public BootFS.

You can observe the log output when downloading an image, and you will find that it is downloaded layer by layer

[q] Why does Docker image adopt this hierarchical structure?

[answer] the biggest benefit is resource sharing. For example, if multiple images are built from the same base image, the host only needs to keep one base image on the disk, and only one base image needs to be loaded in the memory, so that it can serve all containers, and each layer of the image can be shared.

We can view the image hierarchy through the docker inspect command

[deepen understanding]
All Docker images start from a basic image layer. When you modify or add new content, a new image layer will be created above the current image layer.

While adding additional image layers, it is very important to understand the current combination of all images when the image is always maintained. In the following figure, a simple example is given. Each image layer contains three files, while the image contains six files from two image layers

[failed to transfer and store the pictures in the external link. The source station may have anti-theft chain mechanism. It is recommended to save the pictures and upload them directly (img-rNsbblUG-1593050117120)(D:/typora/Typora/img/Docker 2020 latest super detailed / 1592731986539.png))

The image layer in the above figure is slightly different from that in the previous figure. The main purpose is to facilitate the presentation of files.

The figure below shows a slightly complex three-tier image. In the external view, there are only six files in the whole image, because file 7 in the top layer is an updated version of file 5

Docker implements the image layer stack through the storage engine (snapshot mechanism is adopted in the new version), and ensures that multiple image layers are displayed as a unified file system.

Docker only supports windows filter as a storage engine on Windows, which implements layering and CoW based on NTFS file system

The following figure shows the same three-tier image as the system display. All image layers are stacked and merged to provide a unified view.

Docker images are all read-only. When the container is started, a new writable layer is loaded on the top of the image!

This layer is what we usually call the "container layer". The layer under the container is called the "image layer"
[the external link image transfer failed. The source station may have anti-theft chain mechanism. It is recommended to save the image and upload it directly (img-DReKxq75-1593050117124)(D:/typora/Typora/img/Docker 2020 latest super detailed / 1592732066425.png))

We should first understand the concept, even if it is ambiguous, and then we must practice it. Finally, we should combine practice with theory to summarize and solve this knowledge point

What is a container data volume?

Volume technology is used for container persistence and synchronization! Data between containers can also be shared!

Mode 1: directly use the command to mount the data (mode 2 is in the initial DockerFile)

You can connect to mysql database through the port set above

Create a database in the database. In the data directory of Linux home, you can see that there will be more new databases.

So the question is, how can we determine whether to mount it anonymously or by designated path?

Getting to know DockerFile

Docker File is the construction file used to [build docker image]. This is a command script. You can use this script to generate an image.

The image is layer by layer, so the corresponding script is the commands one by one, and each command is a layer of the image.

Mode 2: set the startup image in the self built image and mount it automatically

Let's do a little test first: 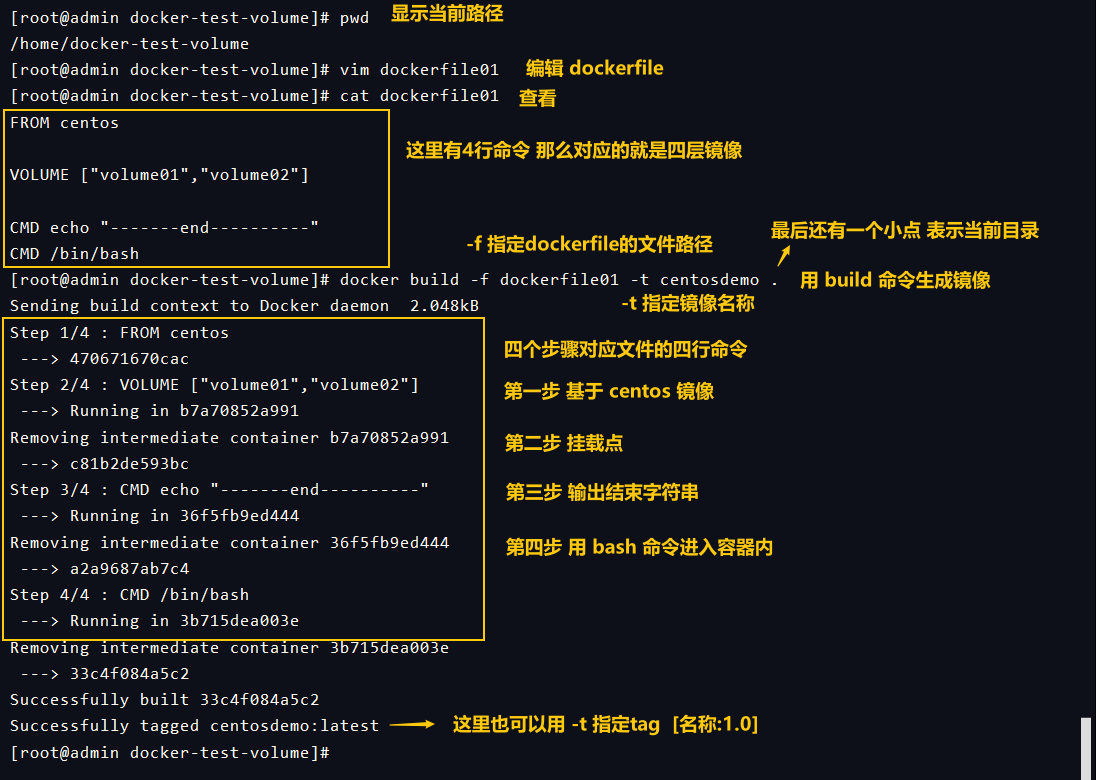 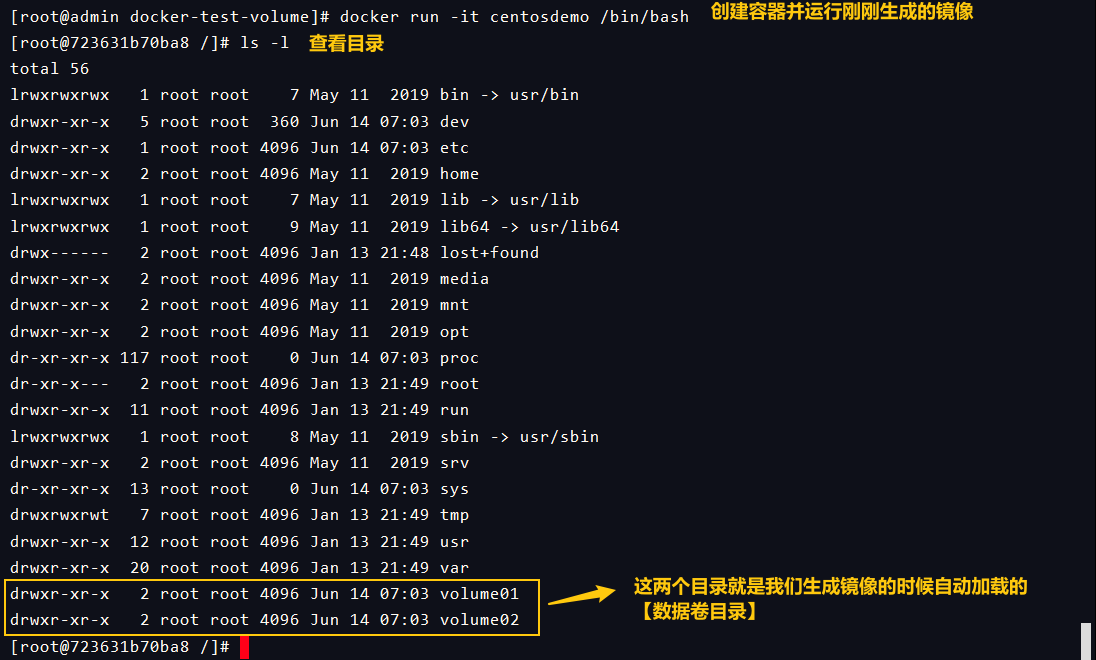 [the external link image transfer failed. The source station may have anti-theft chain mechanism. It is recommended to save the image and upload it directly (img-9JtJzvDD-1593050117132)(D:/typora/Typora/img/Docker 2020 latest version super detailed / 1592815072922.png))

Maybe someone wants to ask: can I have another docker03 to mount docker01? Then try it!

The core of DockerFile is the file used to build docker image, which is a command parameter script

Dockerfile: build file, which defines all steps, equivalent to source code
DockerImages: a product that builds the generated image through Dockerfile and finally publishes and runs, which is equivalent to the original war package and jar package
Docker container: the container is used to provide services when the image is running 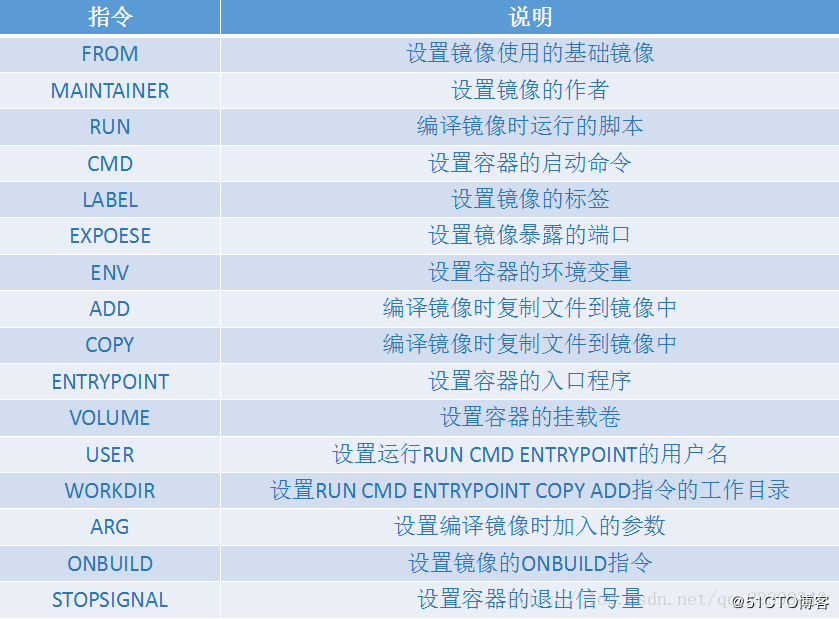 Real battle: build a CentOS of your own

Difference between CMD and ENTRYPOINT

The following steps are recommended

Many commands in Dockerfile are very similar. We need to understand their differences. The best way to learn is to compare the learning and then test the effect.

There is a problem with the image generated in this way. There is no file in the webapp directory of tomcat, curl localhost:9090 Or the browser will report an error

Please refer to other specific methods for completion https://blog.csdn.net/weixin_43397326/article/details/83306562

Publish your own image to DockerHub

Thinking about a scenario, we wrote a microservice that needs to connect to the database through a URL. Every time we start the container, we will reallocate the IP address, the IP address will change, and the URL address will fail. 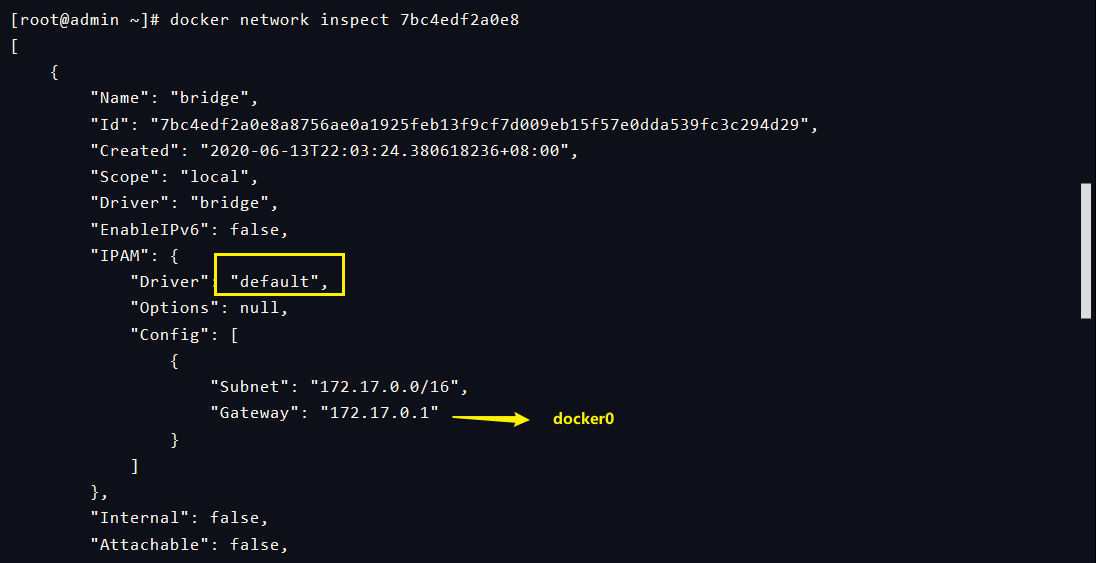 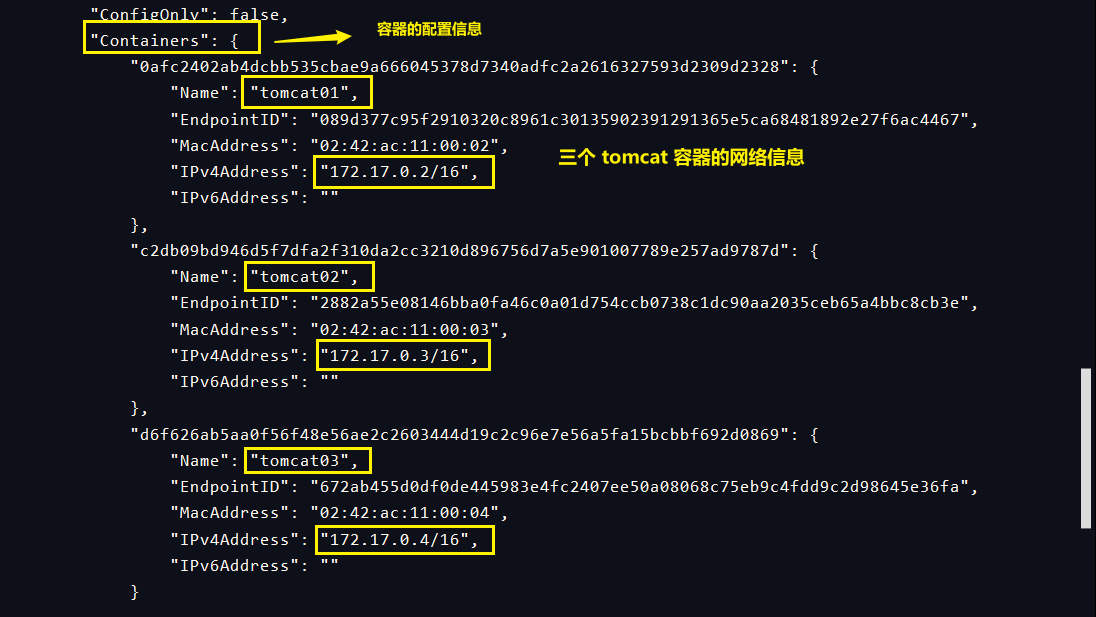 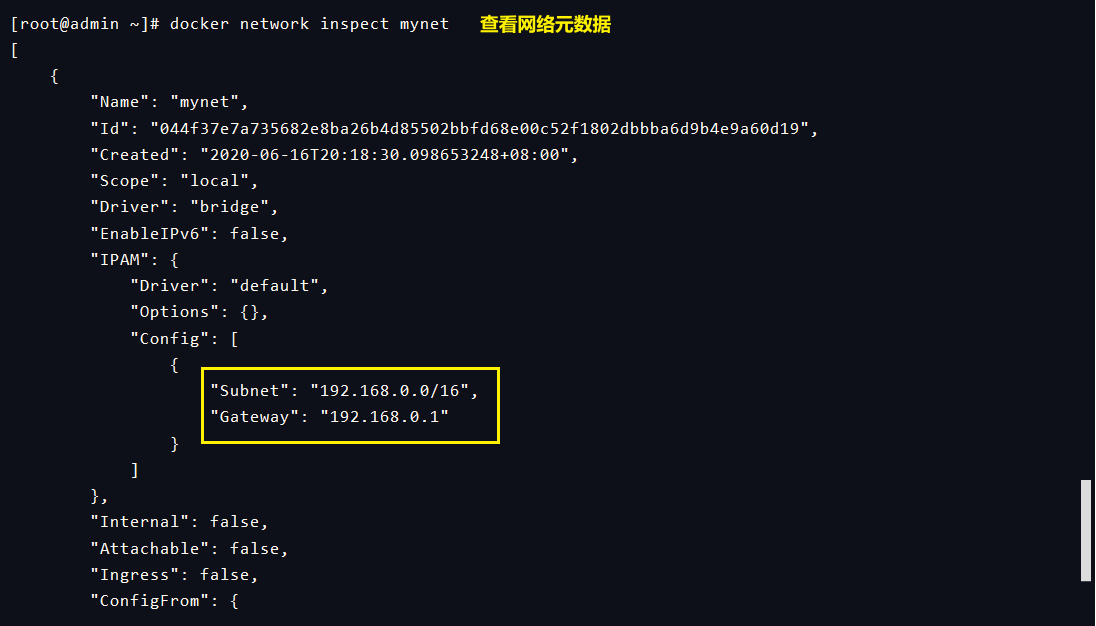 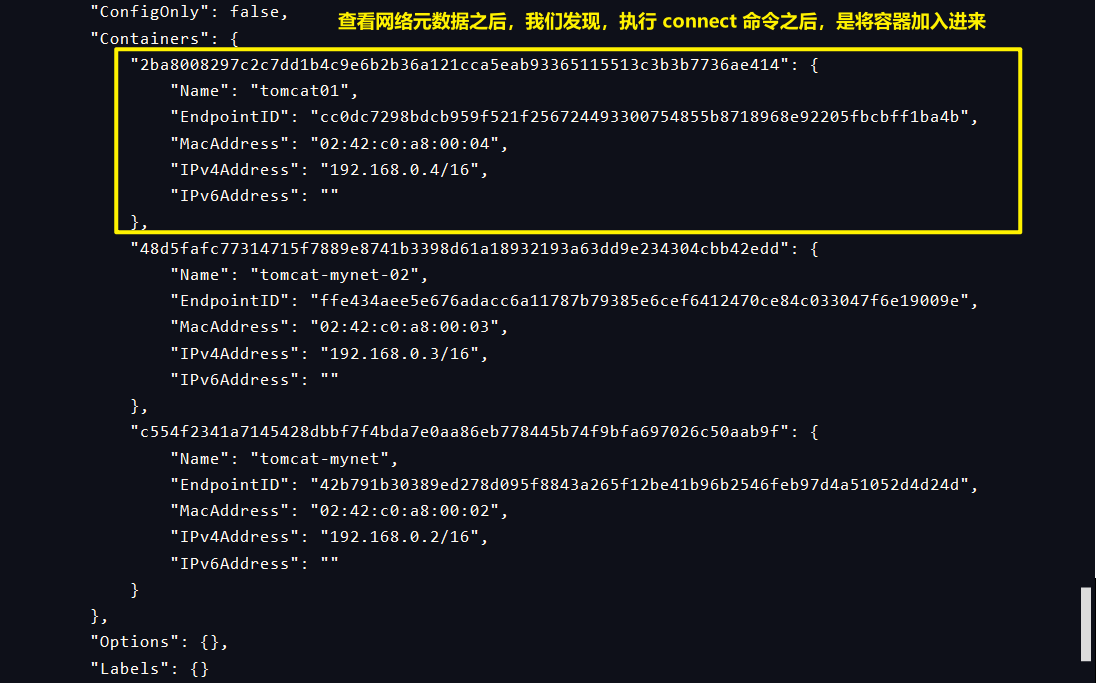 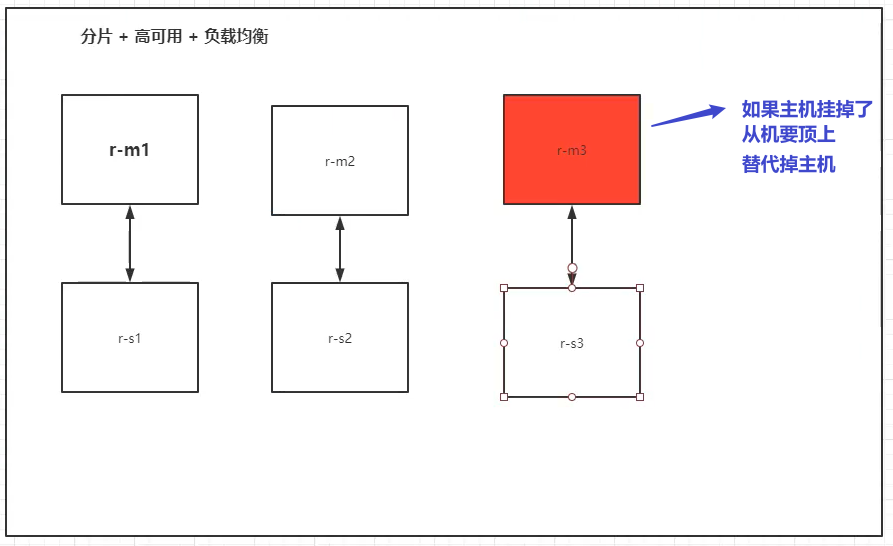 In total, there are five steps:

Wait for build to succeed

After using docker, you can deliver an image to others

For a simple project, what if there are many images in the notice?

ok, I've learned that the work here is enough. If you have any questions, please comment. Thank you for watching and reference

Copyright notice: This is the original article of CSDN blogger "shallow on paper". Please attach the original source link and this notice for reprint according to CC 4.0 BY-SA copyright agreement.
Original link: https://blog.csdn.net/Kobe_k/article/details/106724971

First of all, thanks for the docker summary shared by the original author, and the personal learning gains are also great.
I refer to the above original articles in the learning process, and change some contents according to my own learning.