Why do we need Docker Compose? 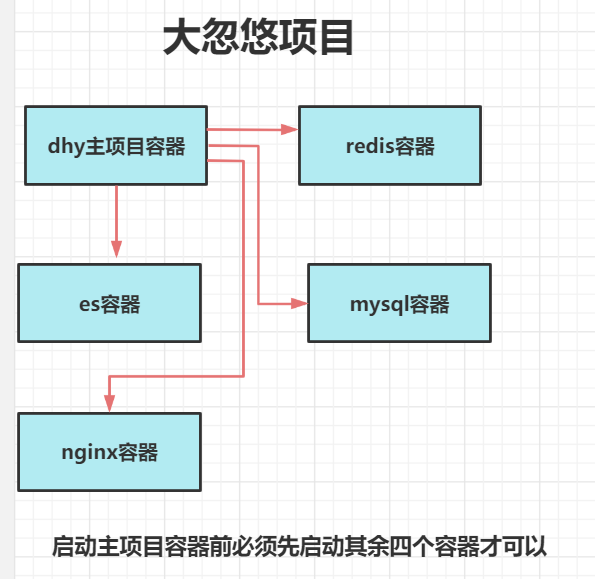 Isn't it annoying to start containers one by one like this? Can you write a script to start the corresponding containers in order of dependency?

Compose project is the official open source project of Docker, which is responsible for the rapid arrangement of Docker container clusters. In terms of function, it is very similar to the Heat in OpenStack.

Its code is currently in https://github.com/docker/compose Open source.

Compose is positioned as "defining and running multi container Docker applications". Its predecessor is the open source project Fig.

Through the introduction in the first part, we know that using a Dockerfile template file can make it convenient for users to define a separate application container. However, in daily work, we often encounter the situation that multiple containers need to cooperate with each other to complete a task. For example, to implement a Web project, in addition to the Web service container itself, you often need to add the back-end database service container, and even include the load balancing container.

Compose just meets this need. It allows users to use a separate docker - compose YML template file (YAML format) to define a set of associated application containers as a project.

There are two important concepts in Compose:

The default management object of Compose is the project, which can conveniently manage the life cycle of a group of containers in the project through subcommands.

The Compose project is written in Python and calls the API provided by Docker service to manage the container. Therefore, as long as the operating platform supports Docker API, composition can be used for orchestration management.

The download speed of github above will be very slow, and the domestic download link is given below:

5. The test installation is successful

The most common project is a web site, which should include web applications and caching.

Template file is the core of using Compose, and involves many instruction keywords. But don't worry. Most of these instructions have similar meanings to the parameters related to docker run.

Note that each service must automatically build and generate an image by specifying an image instruction or a build instruction (Dockerfile required).

If the build instruction is used, the options set in Dockerfile (such as CMD, EXPOSE, VOLUME, ENV, etc.) will be automatically obtained without the need to be in docker compose Duplicate settings in YML.

The following describes the usage of each instruction.

Specify the path of the folder where the Dockerfile is located (either absolute or relative to the docker-compose.yml file). Compose will use it to automatically build the image and then use it.

You can also use the context command to specify the path of the folder where the Dockerfile is located.

Use the arg instruction to specify the variables when building the image.

Using cache_from specifies the cache from which to build the image

Overwrite the command executed by default after the container is started.

The CMD command in Dockerfile is overwritten

Specifies the container name. The project name will be used by default_ Service name_ The format of serial number.

Note: after specifying the container name, the service cannot scale because Docker does not allow multiple containers with the same name.

Note: the web service will not wait for redis db to be "fully started" before starting.

Get the environment variable from the file, which can be a separate file path or list.

If there is a conflict between the variable name and the environment instruction, the latter shall prevail according to the Convention.

Each line in the environment variable file must conform to the format, and the comment line at the # beginning is supported.

Set environment variables. You can use both array and dictionary formats.

A variable with only a given name will automatically obtain the value of the corresponding variable on the host running Compose, which can be used to prevent unnecessary data disclosure.

If true|false, yes|no and other expressions are used in the variable name or value Boolean Words with meanings should be put in quotation marks to avoid YAML automatically parsing some contents into corresponding Boolean semantics. These specific words include

Exposed ports, but not mapped to the host, are only accessed by connected services.

Only internal ports can be specified as parameters

Generally, this will be written in Dockerfile instead of docker compose

Check the healthy operation of the container through the command.

Specify as the mirror name or mirror ID. If the image does not exist locally, Compose will try to pull the image.

Configure the network to which the container is connected.

After the bridge is declared, when the docker compose up instruction is executed, first create the bridge, and then add the containers specified under the bridge to the network

The bridge created in this way can no longer use the container name to access another container, but can only use the ip in the container to complete the access

Use the host port: container port (HOST:CONTAINER) format, or just specify the port of the container (the host will randomly select the port).

Note: when using the HOST:CONTAINER format to map ports, if the container port you use is less than 60 and is not put in quotation marks, you may get wrong results, because YAML will automatically parse the number format of xx:yy as base 60. To avoid this problem, it is recommended that all numeric strings be in string format with quotation marks.

If you add ip before it, you can limit which ip can access the container

Specifies the ulimits limit value for the container.

For example, the specified maximum number of processes is 65535, the specified number of file handles is 20000 (soft limit, the application can be modified at any time, and cannot exceed the hard limit) and 40000 (system hard limit, which can only be increased by root user).

The path in this instruction supports relative paths.

Specifies that the restart policy after the container exits is always restart. This command is very effective to keep the service running all the time. It is recommended to configure it as always or unless stopped in the production environment.

Specify the working directory in the container.

This command is recommended to be written in Dockerfile, not docker compose Written in yaml file

The Compose template file supports dynamic reading of the system environment variables of the host and the data in the current directory Variables in the env file.

For example, the following Compose file will read the value of the variable ${MONGO_VERSION} from the environment in which it is running and write it to the executed instruction.

If the current directory exists env file from which variables will be read when the docker compose command is executed.

Create a new in the current directory env file and write the following.

The basic format of docker compose command is

The format is docker compose up [options] [service...]. 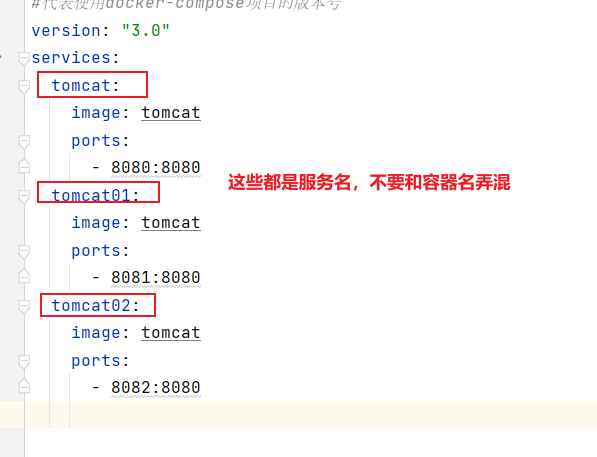 Build (rebuild) the service container in the project.

Once the service container is built, it will carry a tagName. For example, for a DB container in a web project, it may be web_db.

You can run docker compose build at any time in the project directory to rebuild the service.

Lists the images contained in the Compose file.

Lists all containers currently in the project.

Restart the service in the project.

Delete all (stopped) service containers. It is recommended to execute the docker compose stop command first to stop the container.

Stop a container that is already running without deleting it. These containers can be started again through docker compose start.

View the processes running in each service container.

Resume services that are suspended.

View the output of the service container. By default, docker compose will use different colors to distinguish different service outputs. You can turn off color by -- no color.

This command is very useful when debugging problems.