The concept of image 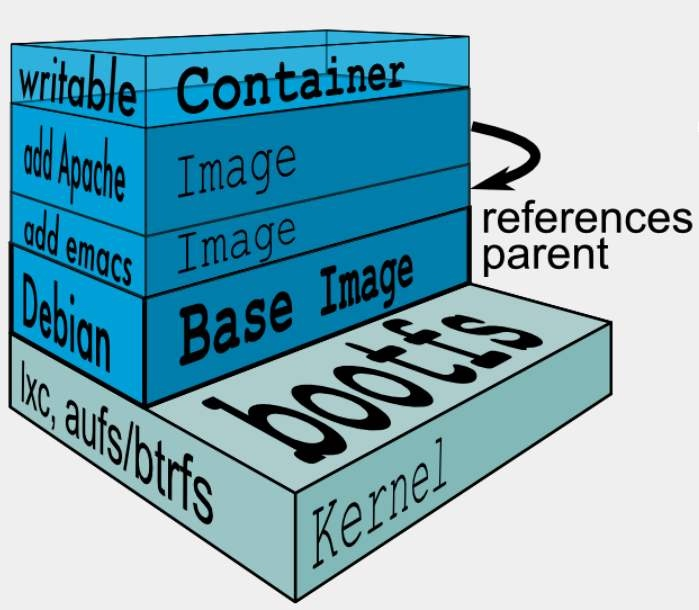 OverlayFS
Overlay is supported by Linux kernel after 3.18. It is also a kind of Union FS. Unlike AUFS, overlay has only two layers: an upper file system and a lower file system, representing the image layer and Container layer of Docker respectively. When a file needs to be modified, use CoW to copy the file from the read-only lower to the writable upper for modification, and the results are also saved in the upper layer. In Docker, the lower read-only layer is image, and the writable layer is Container. At present, the latest overlay FS is overlay 2.

Both AUFS and Overlay are federated file systems, but AUFS has multiple layers, while Overlay has only two layers. Therefore, when copying on write, if the file is large and there are lower layers, AUSF will be slower. Moreover, Overlay is incorporated into the linux kernel mainline, but AUFS does not. At present, AUFS has been basically eliminated.

DeviceMapper
Device mapper is supported by Linux kernel after 2.6.9. It provides a mapping framework mechanism from logical devices to physical devices. Under this mechanism, users can easily formulate and implement storage resource management strategies according to their own needs. Both AUFS and OverlayFS are file level storage, while device mapper is block level storage. All operations are direct operations on blocks, not files. The device mapper driver will first create a resource pool on the block device, and then create a basic device with a file system on the resource pool. All images are snapshots of the basic device, and the container is a snapshot of the image. Therefore, the file system in the container is a snapshot of the file system of the basic device in the resource pool, and no space is allocated for the container. When a new file is to be written, a new block is allocated in the container's image and data is written. This is called time allocation. When you want to modify an existing file, use CoW to allocate block space for the container snapshot, copy the data to be modified to a new block in the container snapshot, and then modify it.

OverlayFS is a file level storage and device mapper is a block level storage. When a file is very large and the modified content is very small, Overlay will copy the whole file regardless of the modified content size. Obviously, modifying a large file takes more time than a small file, while block level only copies the blocks that need to be modified, not the whole file, In this scenario, device mapper is obviously faster. Because the block level directly accesses the logical disk, it is suitable for IO intensive scenarios. The performance of Overlay is relatively stronger in the scenario of complex internal program, large concurrency but less io.

docker registry
When the container is started, the docker daemon will attempt to obtain the relevant image locally. When the local image does not exist, it will download the image from the Registry and save it locally.

Registry is used to save the docker image, including the hierarchy and metadata of the image. Users can create their own registry or use the official Docker Hub.

Repository
An image repository consisting of all iterative versions of a particular docker image
Multiple repositories can exist in a Registry
Repository can be divided into "top-level warehouse" and "user warehouse"
The format of user warehouse name is "user name / warehouse name"
Each warehouse can contain multiple tags, and each tag corresponds to a mirror image
Index
Maintain user accounts, verification of images, and public namespace information
It is equivalent to providing a retrieval interface for Registry to complete user authentication and other functions
Images in Docker Registry are usually created by developers, and then pushed to "public" or "private" Registry for saving for other people's use, such as "deployment" to production environment. 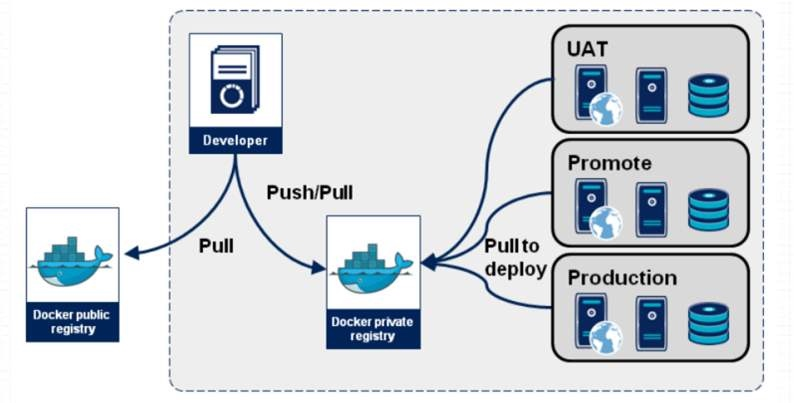