Don't ask me how many objects new string created! I'll prove it to you!

Yunqi information:[ Click to see more industry information]
Here you can find the first-hand cloud information of different industries. What are you waiting for? Come on!

But today, Lao Wang has the courage to talk to you about this topic and show some evidence by the way.

In the current situation, there are three answers to the number of objects created by new String("xxx"):

1. It is said that an object has been created;

2. It is said that two objects have been created;

3. It is said that one or two objects have been created.

String allocation, like other object allocation, costs a lot of time and space. If you need to create a large number of strings frequently, it will greatly affect the performance of the program. Therefore, in order to improve performance and reduce memory overhead, the JVM introduces the concept of Constant Pool Table. 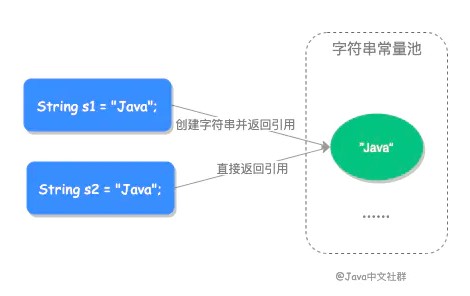 The above statement can be proved by the following code:

The execution result of the above program is: true, indicating that variable s1 and variable s2 point to the same address.

By the way, let's talk about the changes of different JDK versions of string constant pool.

After JDK 1.7, the Metaspace replaced by immortality moved the string constant pool from the method area to the Java heap.

The memory layout of JDK 1.7 is as follows:

The memory layout of JDK 1.8 is as follows: 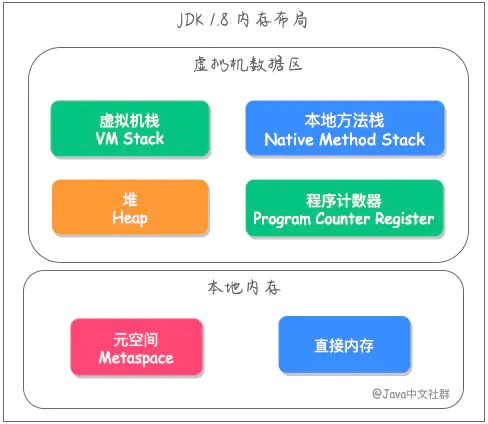 The biggest difference between JDK 1.8 and JDK 1.7 is that JDK 1.8 will permanently cancel the generation and set up a meta space. The official explanation is that because the permanent memory is often not enough or memory leaks, the exception of java.lang.OutOfMemoryError: PermGen will pop out. Therefore, the permanent area will be abandoned and the meta space will be used instead of the local memory space. 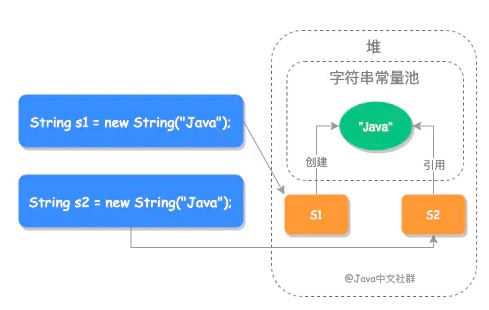 To solve the problem, you have to tie the bell. Go back to that dispute point, will new String create characters in the constant pool? We can draw a correct conclusion by decompiling the following code. The code is as follows:

So the question is, is the execution result of the following code true or false? 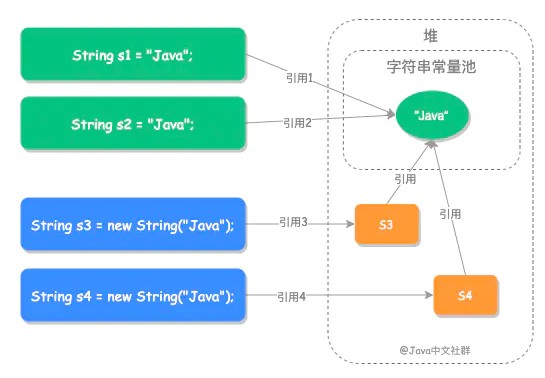 The results of the program implementation are also in line with expectations:

We know that String is final decorated, that is to say, it must be assigned and cannot be modified. However, in addition to the optimization of String constant pool, the compiler also optimizes strings that can be confirmed during compilation, such as the following code:

According to the idea that String cannot be modified, s2 should create two strings "ab" and "c" in the String constant pool, s3 will create three strings, and their reference comparison results must be false, but in fact, their results are all true, which is the credit of compiler optimization.

Similarly, we use Java C StringExample.java to compile the code first, and then use the javap -c StringExample command to view the compiled code as follows:

From Code 3 and 6, we can see that strings have been optimized to "abc" by the compiler.

Join the community immediately, face to face with experts, and keep abreast of the latest news of the course!
[yunqi online classroom community] https://c.tb.cn/F3.Z8gvnK