Explain the process from the perspective of source code

It's not easy to create. I hope I can praise, comment and collect. Students who want to study together can chat privately. We can add groups and study together!!

Process is the most basic concept in the operating system. The definition of a process in Linux kernel design is "a process is a program in execution". Process is actually the execution process of a program. Since the birth of the computer, the architecture has been von Neumann's mode of storing instruction sets, which has not changed. After the code is edited - > compiled, an intermediate file will be generated, which may be a binary file or a file that can be recognized by some virtual machines. This file will be loaded into memory to complete the execution of the program in a specific environment, and the program is regarded as a process in the execution process. 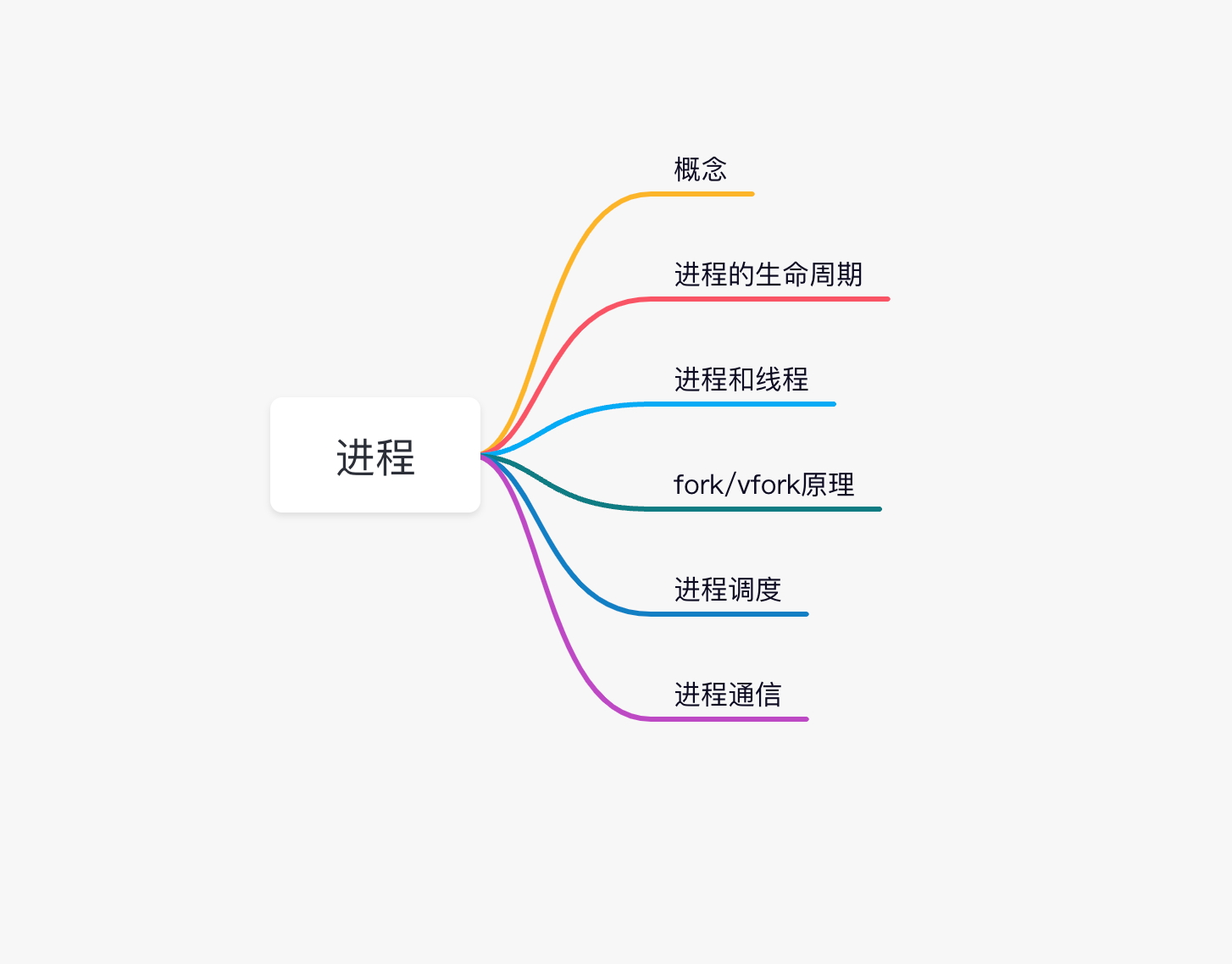 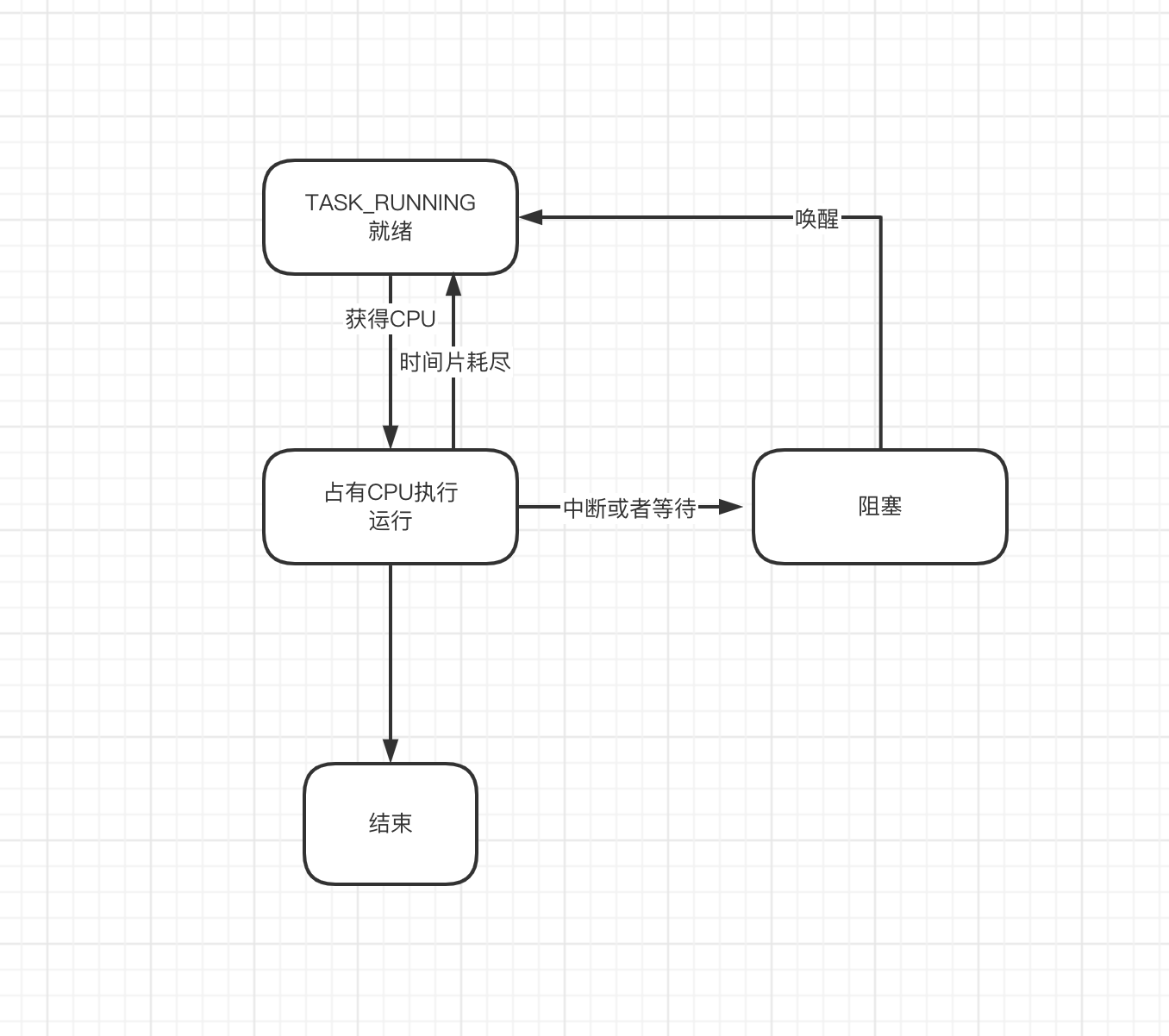 Processes are generally in one of these four states. How do we start a process when we start it?
In Linux, when a process is started, another process usually executes the fork call. This call will create a new process from the current process. When the Linux system is started, one process is process 0. At the beginning, all processes execute the fork call through this process to complete the process creation. After the fork is executed, the process will continue to call the exec method to complete the loading and initialization of the new process address space, and then enter the ready state. The process scheduler will select one from the currently ready process queue according to certain policies, allocate CPU time slices, and the process will enter the running state. The process during execution may be suspended, such as waiting for IO, or directly executing, or using the time slice or not executing. These three results correspond to the next different behavior of the process. 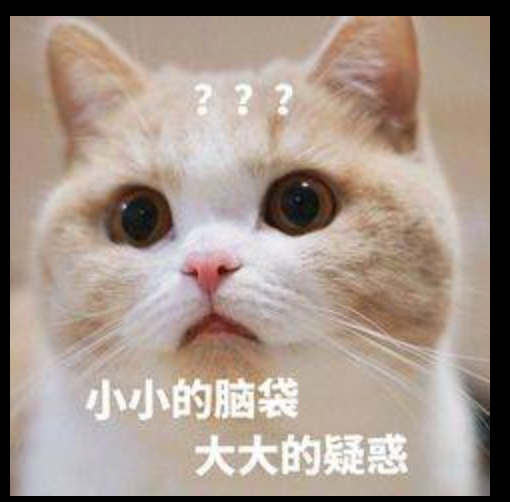 What is the structure of the process in the operating system? Open the Linux source code. In Linux, every process is abstracted into a task. Linux is written in c language. c language has no concept of class. It is often used to describe a complex structure: stuct. Therefore, in Linux, the structure corresponding to the process is task_struct, in include / Linux / sched H inside: 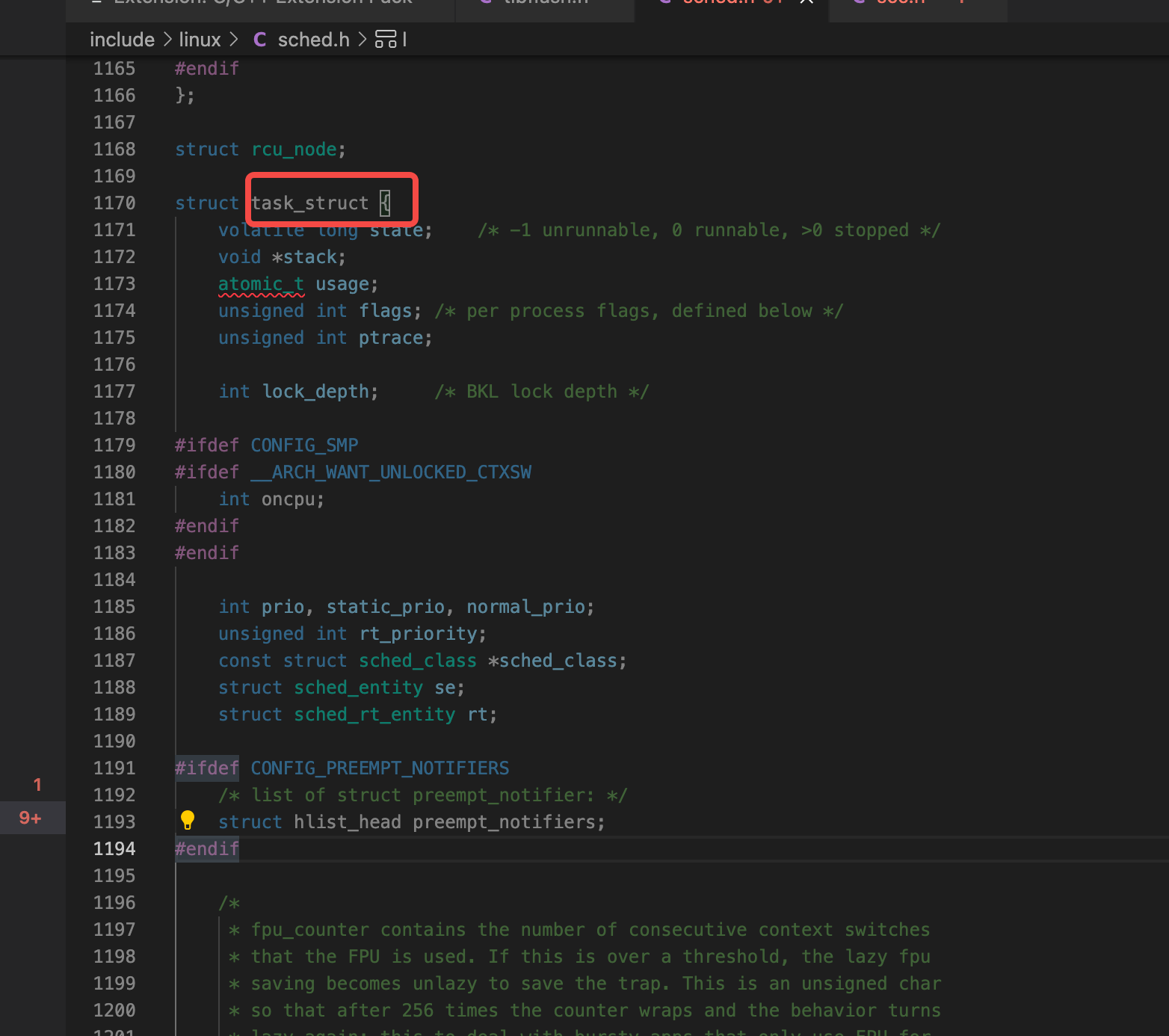 This structure is very large and has many fields. This structure is also called process descriptor. Used to describe all the properties and operations of a process.
In this structure, there are several important fields to focus on:

In task_ In struct, there is a pid_t-type field: pid, which is the process number. It uniquely identifies a process globally.

In linux, you can use commands

The state of the process is mentioned above. This state is in task_struct uses a long field to save

There are many others. You can turn them over if you are interested.

So, how do you create a process? Take a look at how the Linux operating system works.
Linux divides the creation process into two steps:

In the linux kernel, fork calls kernel/fork.. Do in C_ Fork (), take a look at this function.

The parameter of this function, clone_flags represent options when copying, such as whether to copy address space, whether to share cgroup, etc. do_fork has a lot of logic, but the core logic is:

The last call is in copy_process, this function will complete the copy of the process and complete the new process task by copying the current process_ Assignment of struct.

copy_ The process of process is also very complex. Simplify it as follows:

copy_ After the simplification of process, the following things have been done:

1. Call dup_task_struct to create a structure instance for the new child process.

It can be seen from the above that fork is actually just a copy, but it can some lightweight structures. For the memory held by the process, after forking, the new process and the parent process are shared. Many people can't understand this. Simply draw a picture: 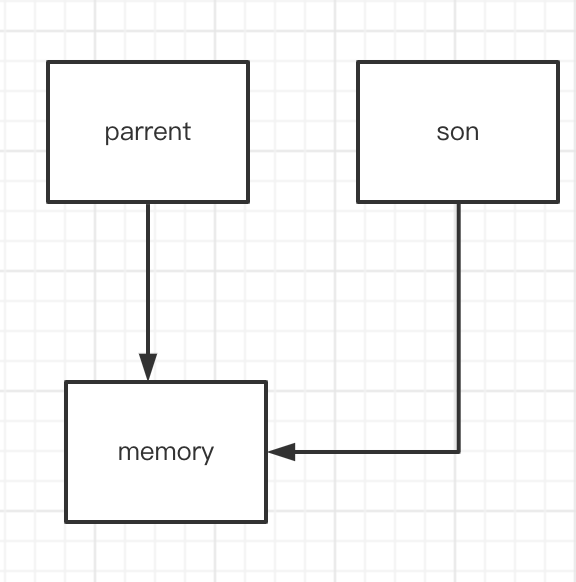 After forking, get the task_ The struct structure is actually a shallow copy. The parent and child processes hold the same pointer to the address space at the same time, which causes them to access the same address space. If both start writing this address space at the same time, there will be a data problem. If you make a deep copy directly in fork, the fork call overhead is actually very serious. In order to solve this problem, Linux uses copy on write technology
~~~~ Copy when writing, as the name suggests, is to copy when writing. The corresponding here is that the child process does not copy when reading the shared memory. If it is modified, it needs to copy a new piece of memory. This is also an inert modification. This scenario is very suitable for those read-only but not write subprocesses. For example, when Redis takes RDB snapshots, the subprocesses fork ed out are read-only but not write.
~~~ cow not only ensures the high performance of fork, but in some scenarios, after the child process is created, it will load its own address space. For example, it will open up its own memory to do some things without sharing with the parent process. This is also most scenarios. At this time, if the parent process gives priority to writing shared memory, memory copy will also occur, which is also an unnecessary overhead. In order to solve this problem, the linux operating system has made an optimization.
After fork ing, the child process exec function is called immediately to execute the child process logic, and it is intended to give priority to the child process.
Combined with the above description, I think this optimization is not difficult to understand.
At this point, a process is created.

In Linux, there is no concept of thread, which is quite different from other operating systems. Linux threads and processes are actually the same thing, using task_struct, but the member assignment is different. Most of the concepts now say that threads are lightweight processes. In fact, they mean that most of the resources of the newly created process regarded as threads are shared with the parent process and are not allowed to copy when writing. Use the address space of the current process to complete. Therefore, you will find that when using threads, race conditions may occur and synchronization is required. This is because the newly created threads share the current process resources!

After creating the process, the process will access the ready state and wait for scheduling. Scheduling refers to that the operating system allocates cpu to processes according to a certain strategy and lets them use cpu to execute tasks.

~~~ Since it is preemptive scheduling, there are several problems.

CFS no longer uses the concept of time slice, but instead accounts for the running time of each process
In / scheude.kernel In H: sched_entity records this information.

The virtual runtime is the weighted result of the real running time of the process. The simplified calculation formula is as follows:

delta_exec is the real runtime.

The above describes how the virtual runtime is calculated and updated, so how does CFS use vruntime to select the next scheduled process?
CFS will select the process with the smallest vruntime to allocate CPU every time
Here is a brief description of why this is done, because CFS talks about perfect fair scheduling, but due to clock delay, perfect fairness does not exist, so we can only try to be fair. First, each process has a weight, which is determined by the nice value. The smaller the nice value, the higher the weight. According to the calculation formula, the higher the weight, the smaller the increase of vruntime for the same time each time. for instance.
~~~ For the two processes AB, the weight of A is 10 and the weight of B is 100. If they run for 100ms at the same time, the increase of vruntime for A is 10, but the increase of vruntime for B is 1. CFS selects the one with the smallest vruntime to execute each time, so B will be preferentially selected. It is equivalent to that B executes 10 times and A will be executed once. This also echoes with the weight.
Then there is another problem. How do you know which process has the smallest vruntime?
~~~ As mentioned above, each process has a unique process number: pid, so you can form a process queue according to this, and then sort, taking the smallest one each time. This is OK, but it needs to be reordered after each update, which is obviously unacceptable for software with high performance requirements such as the operating system. So how to support efficient minimum search and dynamic update?
~~~ The answer is red black tree! Some people may be afraid to see here. In fact, red and black trees are not so difficult, but many people don't know the specific application scenarios. Linux uses the red black tree to organize the runnable process queue. Each time, select the leftmost leaf node of the red black tree to run, and put it back after running.

This completes the specific selection logic. Space is limited, so I won't say how to update the nodes in the tree for the time being.

The process will exit after executing its own task. Exit from work is by: kernel / exit C completed.
It mainly includes:

Here, the process life cycle is basically clear, from how to create a process to process scheduling to exit. The next chapter explains the communication mode and synchronization mode between processes. It's not easy to create. I hope I can praise, comment and collect. Students who want to study together can chat privately. We can add groups and study together!!