Explain the use of Matplotlib Library in detail

To draw a chart, you must first create a chart and sub chart
Next, we introduce two common methods of creating charts and sub charts

1.1 create new sub charts one by one in the new chart table

For example, we want to create a new chart of 12 * 8. The new chart has four subgraphs in total;
The code is as follows 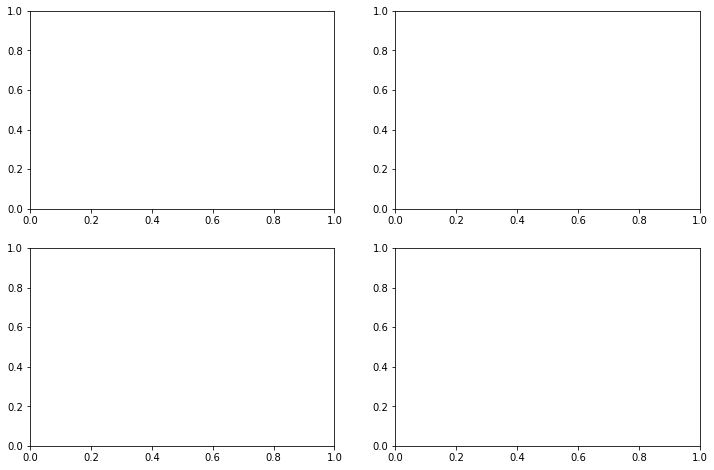 1.2 create a sub chart with rows and columns sharing coordinates in the chart

For example, I now want to create a new chart. The icon has 9 sub charts (3 rows and 3 columns), and the 9 icons share rows and ordinates. Each sub graph draws a histogram of 500 sample points subject to normal distribution with mean value of 0 and standard deviation of 0.5, and each sub graph has 50 bin.

The code is as follows 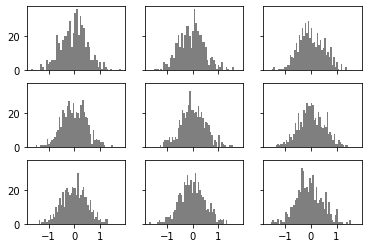 Advanced: if we want to adjust the distance between subgraphs, we can use Matplotlib pyplot. subplot_ Adjust (wspace =, hspace =).

For example, if I want the 9 subgraphs sharing the x and y axes created by the second method to be closer together, I can execute the following code 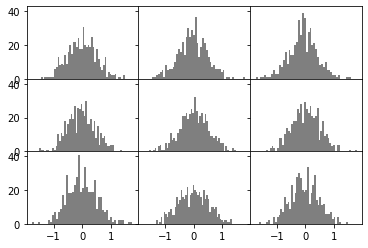 Isn't it perfect?
Creating charts and sub charts is the top priority in the matplotlib application. Please master them~

After creating a chart or sub chart, we can draw each chart; There are many drawing methods, such as histogram, line chart, scatter chart and so on; Each drawing method corresponds to different adjustable parameters. In this section, we mainly introduce the most common line chart.

For the discount chart, it mainly consists of 6 + 2 parameters
linestyle: "dashed" / "solid" / "dashdot" / "dotted"
linewidth: curve width
Marker: marker point style, which is the coordinates of points in the dataset; “o”/“x”
Marker size: marker point size
Color: curve color; There are two assignment methods, one is color abbreviation, the other is hexadecimal color code; The hexadecimal color code is given in the reference at the end of the text. Please refer to it if necessary.
label: Legend; [Note: the legend corresponds to the. legend() and plt.show() methods of axe type objects]

The other two parameters are the x-axis data and y-axis data we need to draw,
Note that x and y must be one-dimensional data!!!

For example, I want to draw a conic with a blue dotted line, draw sample points with a circle, and the legend is one;
The code is as follows 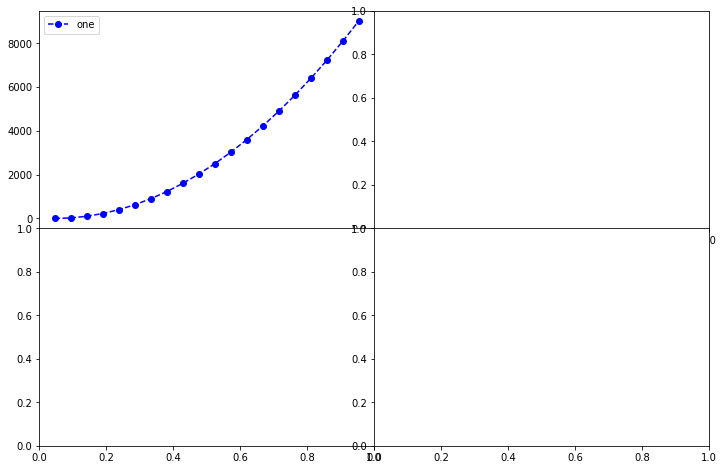 Advanced: sometimes we need to use different methods to draw a line graph on the same discrete data. At this time, we need to repeatedly call the plot method of the axe type object instance

The code is as follows, 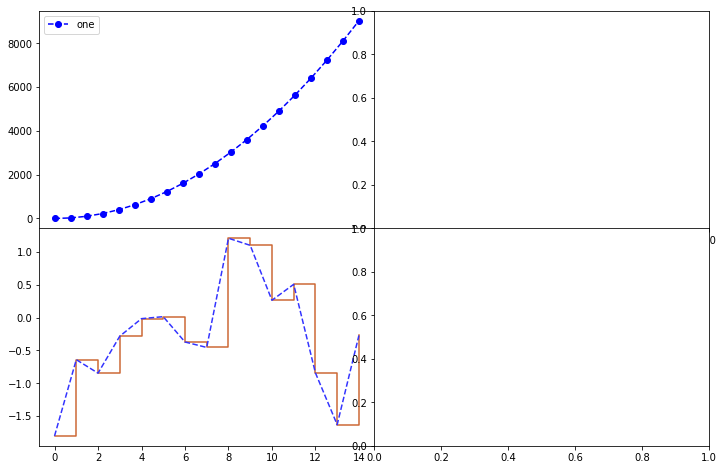 The second part introduces the method of drawing line graph, but no matter what kind of graph (such as histogram), we can further process the subgraph;

We create a new picture to implement the above six methods
The code is as follows, 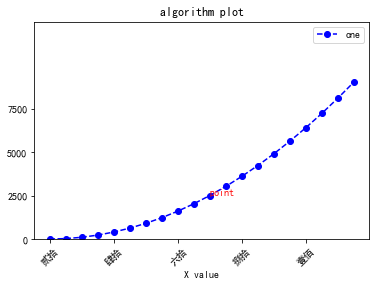 Formulas: axe type objects savefig(fname, dpi=, facecolor=);fname is the save path, DPI is the pixel, that is, the definition of the picture, and facecolor is the color of the blank part of the picture

If I want to save the image drawn in the third part to the current path and name it pic, I can execute the following code

Next, you can see a pic in the current path PGN named new picture