By xuty Open a pit to record the process of MySQL source code tracking and learning due to problem solving needs or interest research.

MySQL Crash occurs in a project. The related error log logs are as follows. From the logs, it can be seen that the problem is caused by binlog error, but the specific reason can not be confirmed. Most of the data on the Internet are said to be caused by the full space. Later, the information that the / partition space is full is found in the system log (/ var/log/message), so the binlog error can be basically confirmed Because the disk space is full, MySQL Crash is caused.

For this problem, there are a few doubts at the beginning, which need to be tested and source tracking verified. 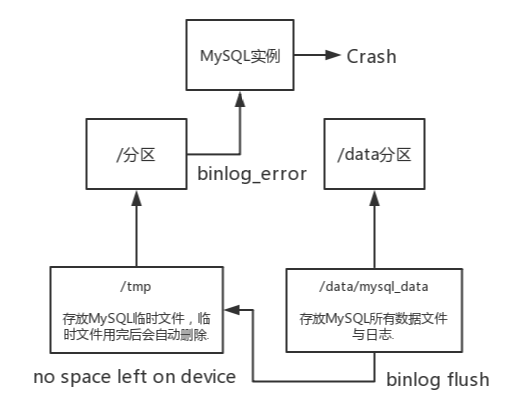 When / tmp space is insufficient, that is, when / partition is full, binlog flush cannot proceed. An exception of binlog error is thrown, resulting in MySQL crash '!

In response to this problem, after consulting a large number of materials on the Internet, the relevant knowledge points are summarized as follows:

The two most important MySQL parameters related to this problem.

Binlog error action: the default value is abort server, which will cause MySQL to directly exit (Crash action) when writing binlog in case of serious errors, such as full disk, non writable file system, etc. Under the abort [server] option, binlog and slave databases are both secure, which is why the default value is officially selected.

Now we can answer the premise question~

Local environment (slightly different from the above partition for testing purposes):

No space left on device is reported when the stored procedure finally executes, that is, the temporary directory space is insufficient, but MySQL does not Crash at this time, and no error is reported in the errorlog!!!

After testing and verification, when an error is reported, if you execute a commit or open another transaction in the same session, the binlog error action will be triggered immediately, which will cause MySQL to crash immediately, and binlog error will be reported in the errorlog, which is consistent with the phenomenon on the project.

Follow the MySQL source code to verify the above conjecture and test. Children's shoes that are not interested can be skipped directly~ 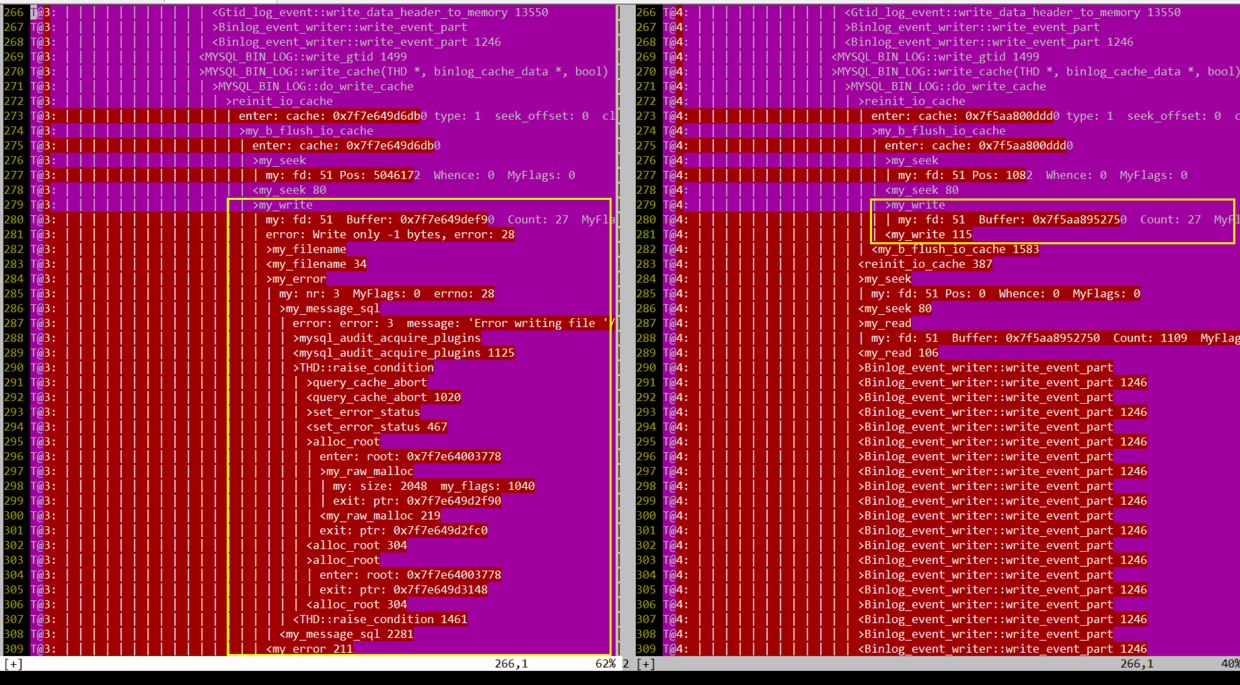 The error report in the figure below is actually a daily example of this problem. Many children's shoes may encounter this problem when restoring MySQL through navicate. In essence, when restoring the database through navicate, transactions will be taken by default. When the table database is large, the transaction size is larger than the binlog ﹐ cache ﹐ size, the transaction data will be recorded with the temporary table. When tmdir If the directory disk is insufficient, an error will be reported. However, this situation will not cause MySQL Crash, because the navigator will not continue to execute the commit or another transaction after the error is restored, but directly disconnect. 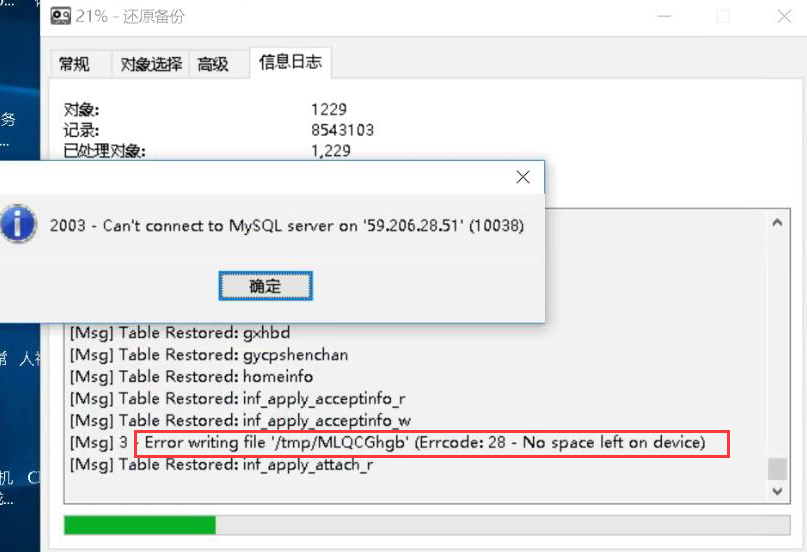 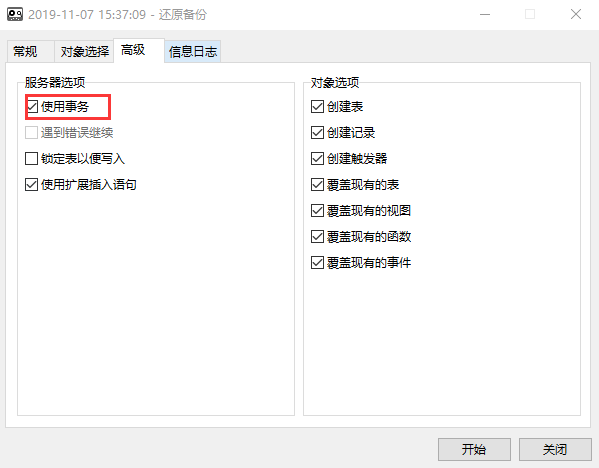 At present, this problem is rarely encountered in the project. This time, it is also used for learning and discussion out of curiosity. Here is a summary of the scene of this problem:

Maybe a lot of children's shoes think that they can increase binlog cache size to reduce the generation of temporary files, but this will increase memory consumption. Imagine the following: if binlog cache size increases to 32MB, when there are 300 database connections, each connection will allocate 32MB binlog cache (no matter how much you use), then it is nearly 10G, which is easy to cause memory overflow, and the system will OOM.

Therefore, binlog cache size cannot be increased a lot. The fundamental solution is to reduce the transaction size, avoid generating a large number of temporary files at the same time of high concurrent delivery, and fill tmpdir; in addition, it can increase the size of the partition where tmpdir is located.